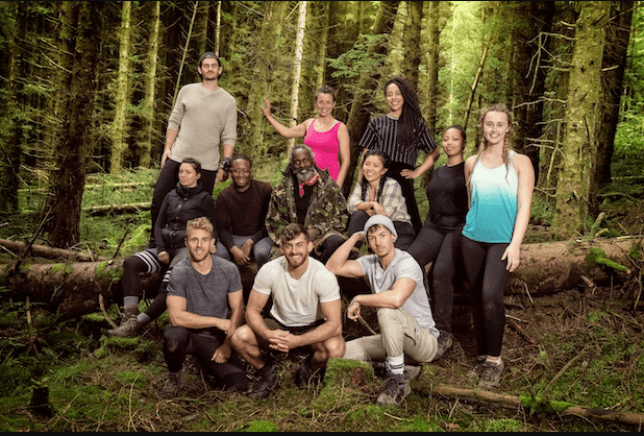 The Bridge took its cast to a pretty remote location (Picture: Channel 4)

Channel 4 is keeping us all gripped with its newest reality series The Bridge, which got off to a pretty suspense-filled start last Sunday night.

The show, which sees 12 strangers living together in a remote cabin and tasked with building an 850ft bridge over the course of 20 days, with a £100,000 prize fund at stake,

Tonight’s show is set to shake things up even more as two new contestants are thrown into the mix – as if it couldn’t get entertaining enough already.

The show’s certainly got a pretty remote setting – but just where is it filmed? And how many more episodes do we have to look forward to?

Where is The Bridge filmed?

Although exact details of the filming location were not released, it’s been reported that the show was filmed in north Wales, at the Denbighshire/Conwy border.

The area’s Llyn Brenig reservoir – which is a tourist attraction in the area – served as the location for the bridge itself.

Channel 4 comissioning editor Steve Handley said: ‘Filmed in the backdrop of the wide open spaces of the glorious UK countryside that many of us have been dreaming of in recent months this entertaining and utterly engaging new reality series is bound to start many conversations about just how far we would each go to secure £100k.’

The show was filmed during the summer, with the coronavirus pandemic casting a shadow over proceedings, as contestants had to self-isolate for two weeks before filming could safely proceed.

Contestant Rowan admitted that wasn’t the only obstacle, saying: ‘We got incredibly unlucky with the weather out there. I think we had one day of sun and a hell of a lot of rain.

Don’t get me wrong, being from Scotland, I am used to rain but I am also used to going somewhere where I can dry off.’

How many episodes are there in The Bridge? 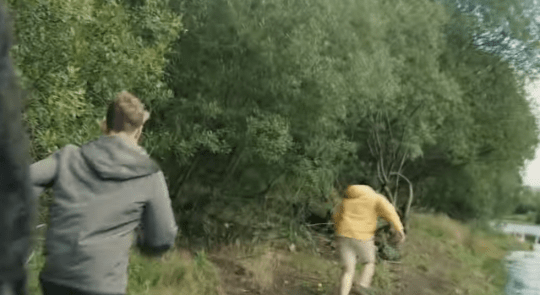 The show was filmed in some pretty remote areas (Picture: Channel 4)

There are five instalments in total in the series.

The second is due to air tonight at 9pm, with the remaining three airing over the next three weeks at the same time on Channel 4.

If you miss any episodes, you can catch up with them via All4.