Sisters before misters. Jade Roper clarified the state of her friendship with Carly Waddell following her shocking split from Evan Bass — and Bachelor Nation can breathe a sigh of relief.

During a Q&A with fans on Instagram, Roper, 34, dished on her long-distance bond with Waddell, 35. The Texas native confirmed earlier this month that she and Bass, 38, were going their separate ways after three years of marriage. 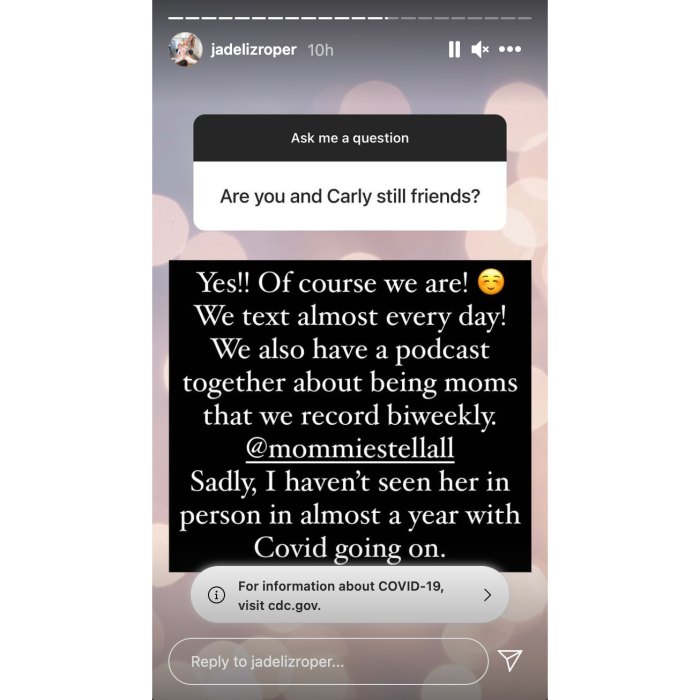 “Yes!! Of course we are!” Roper replied on Wednesday, December 30, after one follower asked if she and Waddell are still close. “We text almost every day! We also have a podcast together about being moms that we record biweekly. @mommiestellall.”

Though their friendship is still going strong, the Colorado native admitted that it’s been “almost a year” since they’ve seen each other in person amid the coronavirus pandemic.

The former reality stars sparked a connection while vying for Chris Soules‘ heart on season 19 of The Bachelor, which aired in early 2015. That summer, they both hit the beach in Mexico for another chance at finding love on season 2 of Bachelor in Paradise. Roper ended the show with an engagement to now-husband Tanner Tolbert, with whom she shares three children: daughter Emerson, 3, and sons Brooks, 16 months, and Reed, 6 weeks. 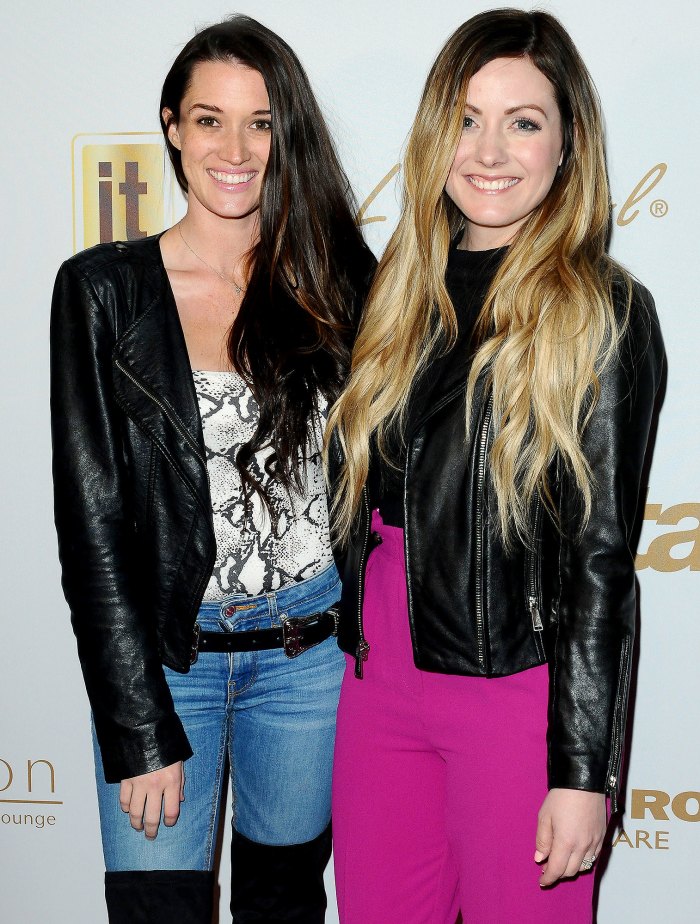 Waddell, for her part, returned for the third season of the ABC dating series spin-off in 2016 and pursued a romance with Bass. The pair tied the knot in 2017 and later welcomed two kids: Bella, now 2, and Charlie, 13 months. On December 23, the estranged couple announced their separation in a joint statement. 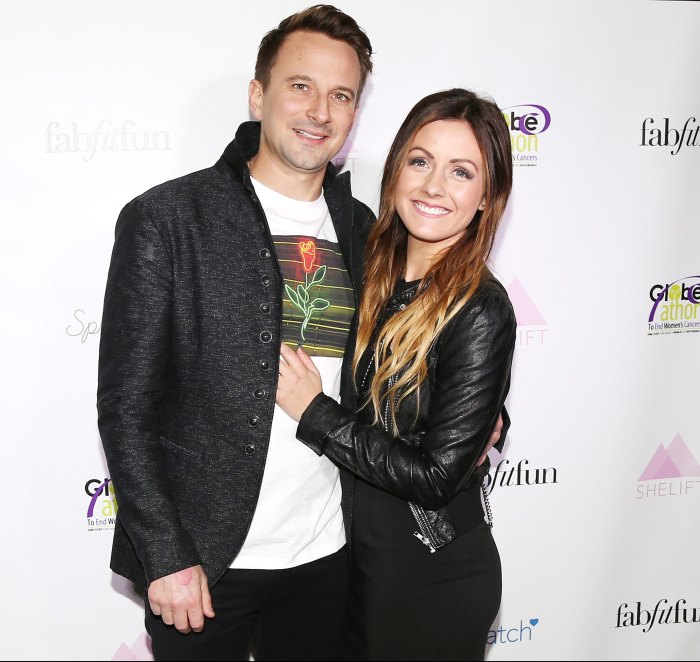 Days later, Waddell opened up about how she’s been coming to terms with her split in a tearful YouTube video after Christmas Day.

“Christmas is over. This is the part I was looking forward to the least because Evan came and got the kids and they’re gonna be so happy and they’re gonna have so much fun but Charlie has never slept at anybody else’s house before. It’s not even like I’m worried about him, it’s just hard being away from him,” she said, wiping away tears. “It’s so stupid. I just feel alone, honestly​​​​​. … It’s just hard. … I don’t know how to do Christmas alone.”