SHE was one of the glittering stars of Hollywood’s Golden Age, whose influenced spanned across the generations.

Now the world is mourning the loss of Dame Angela Lansbury, who died this week at the age of 96.

Dame Angela is known to a generation as the voice of Mrs Potts in the filmCredit: Getty / Alamy

The legendary actress was beloved for her iconic role as Jessica Fletcher in the US TV show Murder She Wrote, as well as blockbusters like the 1971 hit Bedknobs and Broomsticks.

But thousands of young children grew up knowing her as the voice as Mrs Potts in another Disney hit, Beauty and the Beast.

Here, we take a look at what happened to rest of the cast from the 1991 classic. 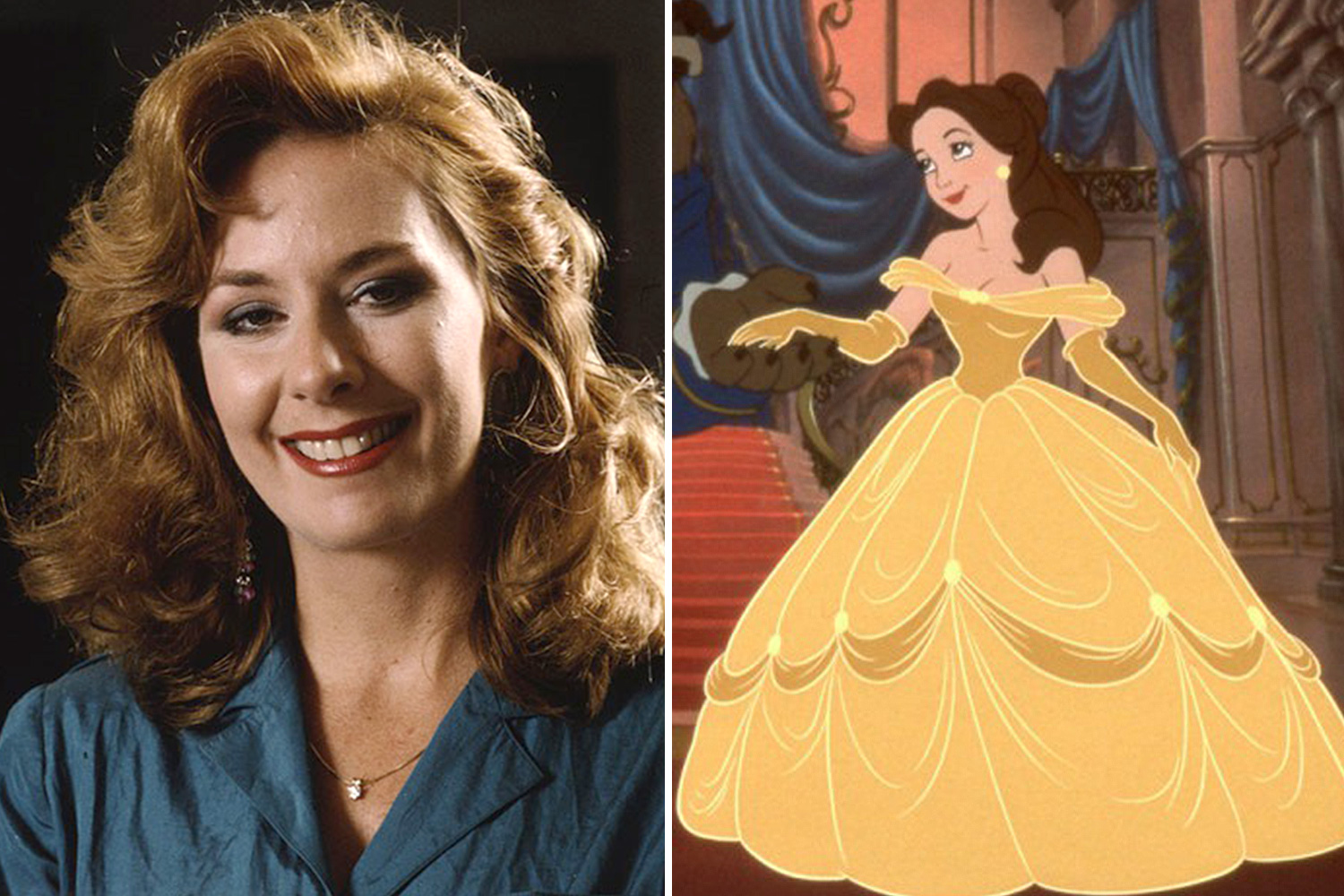 Paige, 66, was 30 when she landed the part of Disney’s Princess Belle, beating 5,000 others, after reading about the auditions in the New York Times. 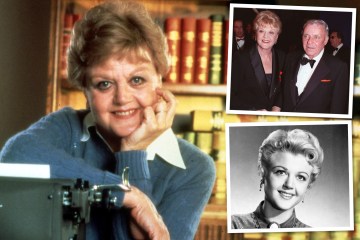 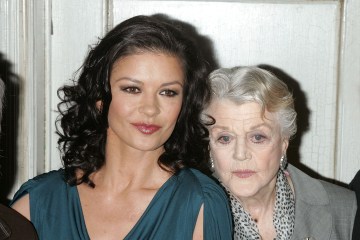 She previously told how before landing the role, she sold watercolour paintings on the streets of New York to have enough cash to pay her rent.

Her work on the animated film landed her the Disney Legend Award in 2011, which was the same year she stopped voicing the character in spin-offs as her voice had changed.

Paige – who is married to actor Michael Piontek – also claims she is still finding new bits of Belle that resonate with her.

She explained: “I never really appreciated then – I was too young –that Belle sacrificed her life for her father.  As I get older and I’ve lost my parents, that scene really gets to my heart when I see it now. You see things differently as you get older.” 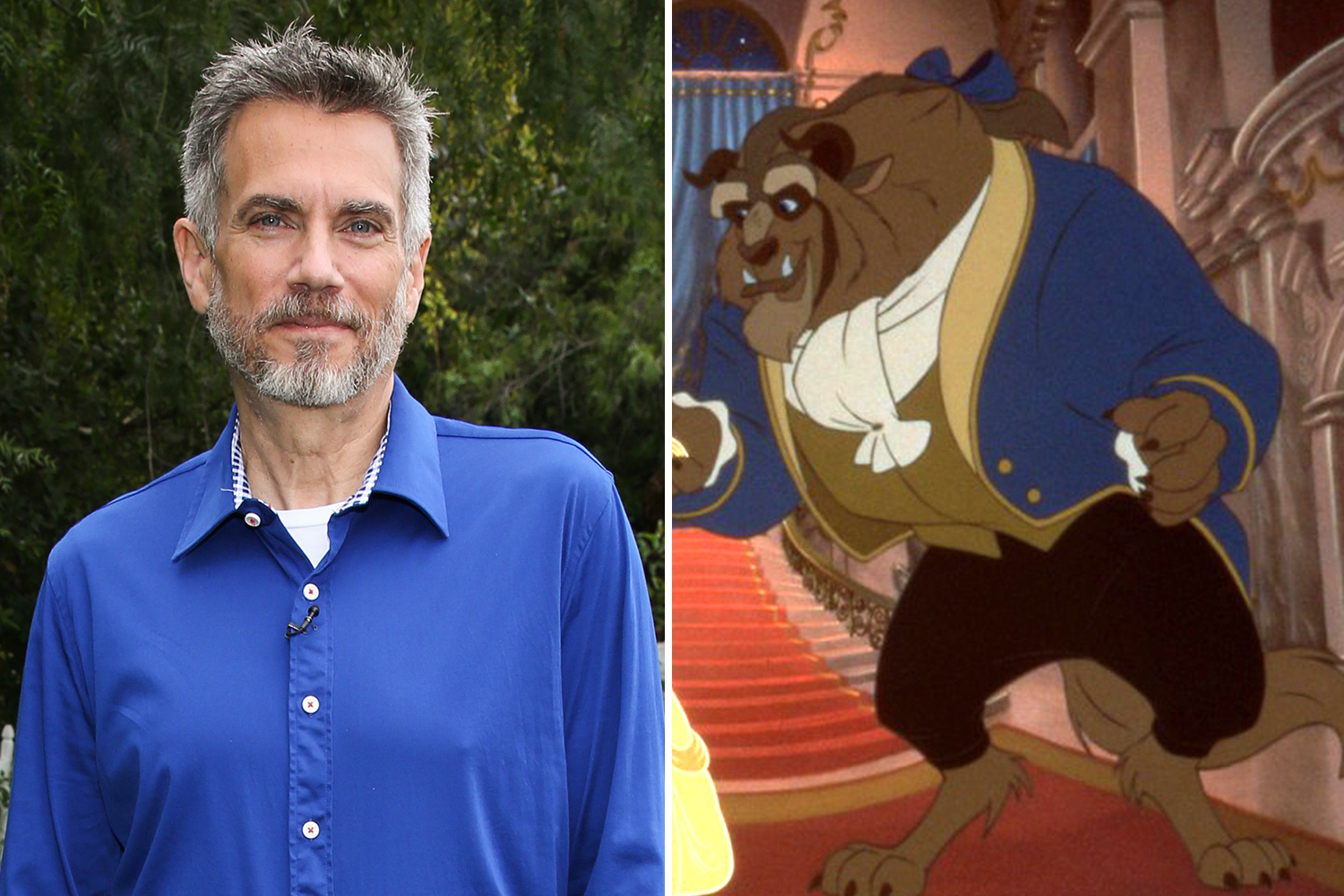 It led to him being an activist for more research into heart problems.

While many kids will recognise his voice as the Beast, he is also known for his work directing six Friends episodes – mainly in series three.

He said: “I had already directed David Schwimmer in a show called Monty. I’d directed Jennifer Aniston in something called Muddling Through, where she played the unattractive sister — if you can imagine that!

“And I knew Lisa Kudrow because her [physician] father helped me with migraines. One day when I went there, Lisa was working for her dad as the receptionist. We also knew Lisa’s sister because our kids went to the same school. It’s just a small world!”

He is married to singer and actress Karla DeVito and they have two children, Lyric and Zephyr. 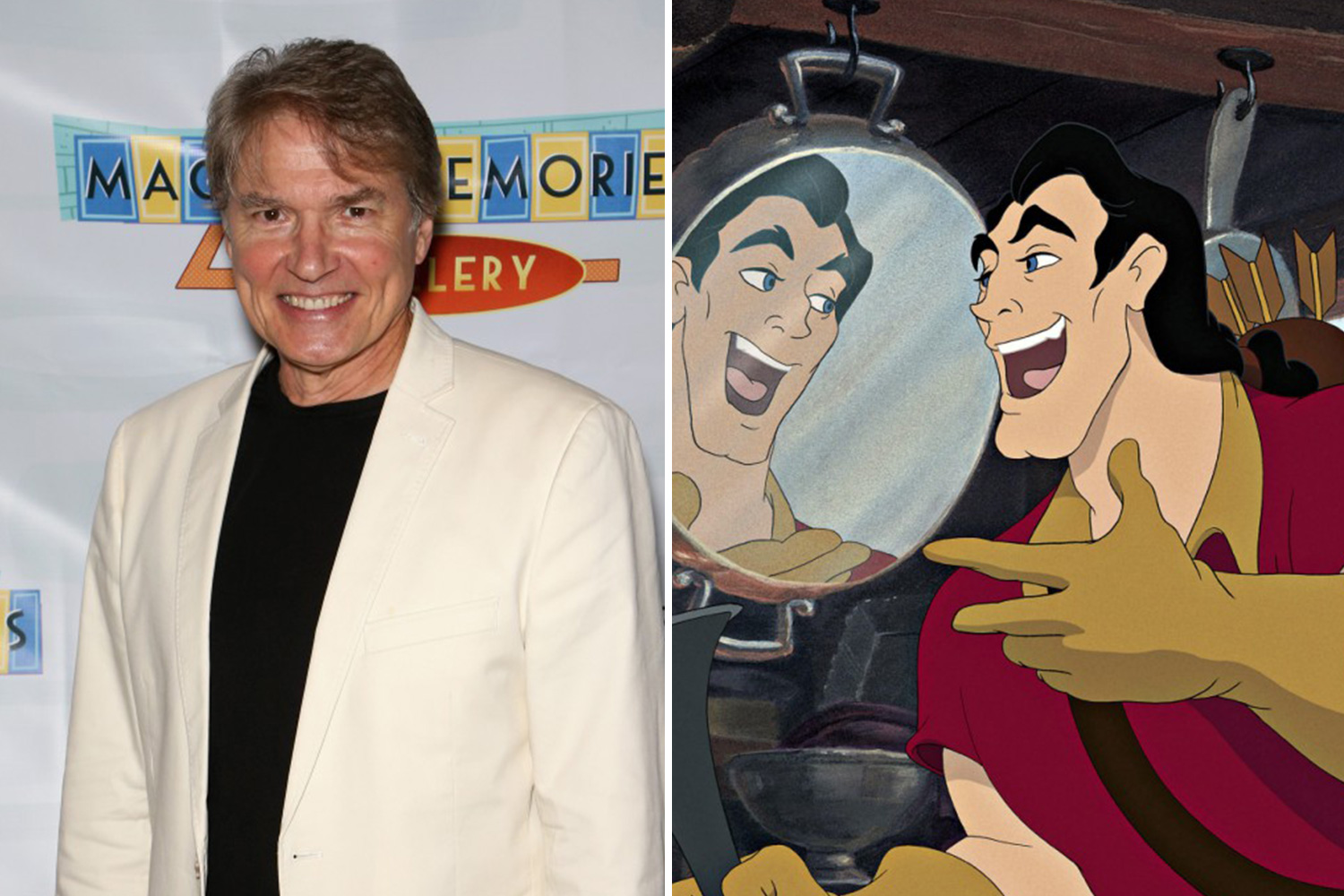 Richard liked playing Gaston because he could be as macho as he wantedCredit: Getty / Alamy

Richard, 69, became a voice actor after proving a roaring success as the film’s villain.

When cast as Gaston, he was already an established theatre actor, and said he loved being able to play such a macho role.

He said: “It’s wonderfully freeing to be able to be as vulgar, or as sexist, or as outlandish as that. There are no consequences to being that kind of character in that situation. It’s fun! It’s cathartic, in a way.”

Richard also voiced Gaston in the Disney series House of Mouse until 2003.

Since the 1991 film, he has primarily worked on stage and most recently played Sir Danvers Carew in the Broadway revival of Jekyll & Hyde. 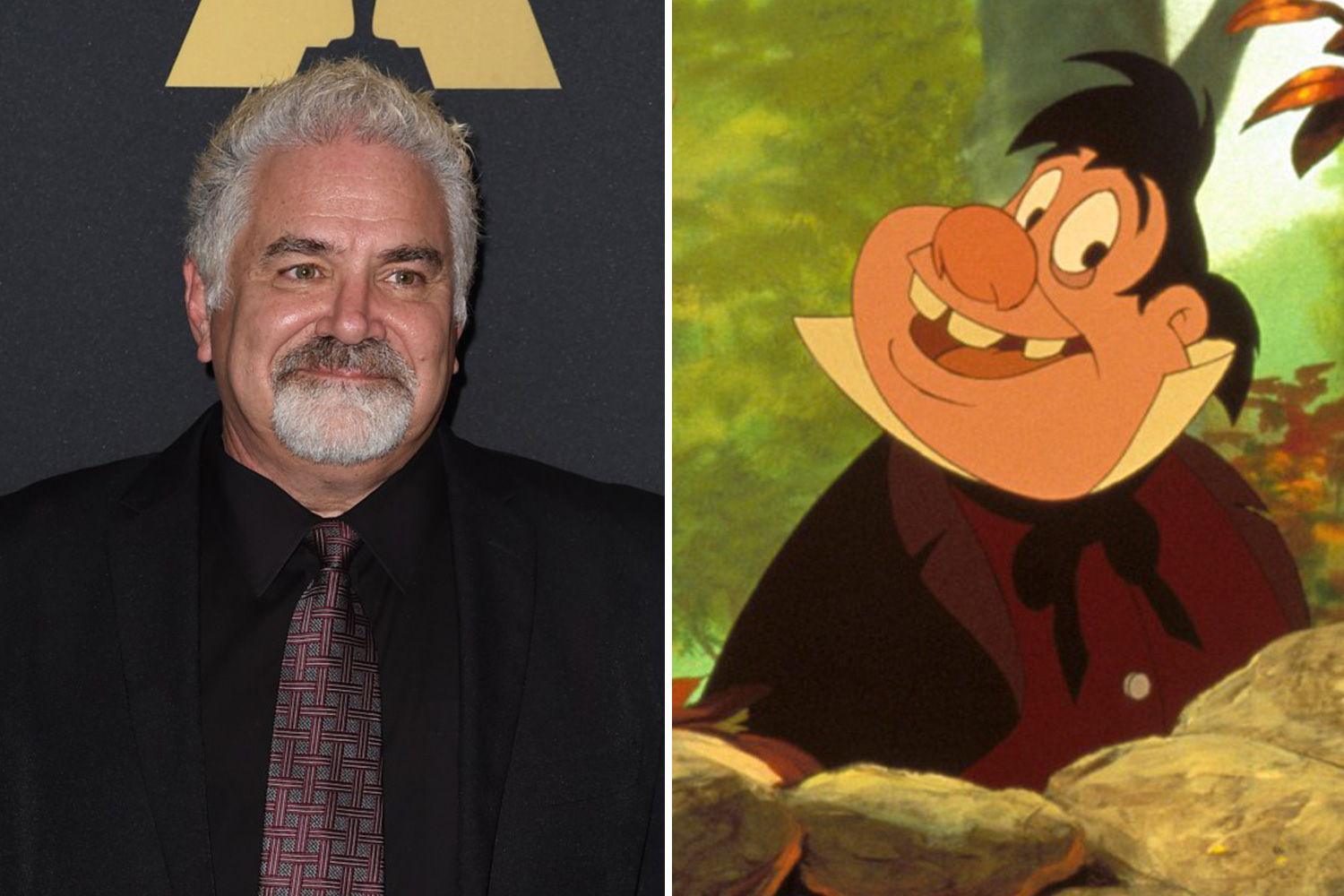 He went on to work in Frozen alongside Josh Gad, who played Le Fou in the live-action remake of Beauty and the Beast.

Prior to joining the 1991 film, Jesse, 67, suffered a tragedy when his wife Laura Lyn Deberardino was killed in a train crash in 1987.

The collision between an Amtrak train and a Conrail freight train in Chase, Maryland, happened just a year after they married.

The crew of the freight train that caused the crash tested positive for marijuana. The actor filed a $20million lawsuit against both firms.

Jesse also went on to appear in both English and Spanish language versions for Drug Free America campaigns.

Jesse has continued to act in films and most recently lent his voice to Zootopia.

He married for a second time to Julietta Marcelli and they have two children together. 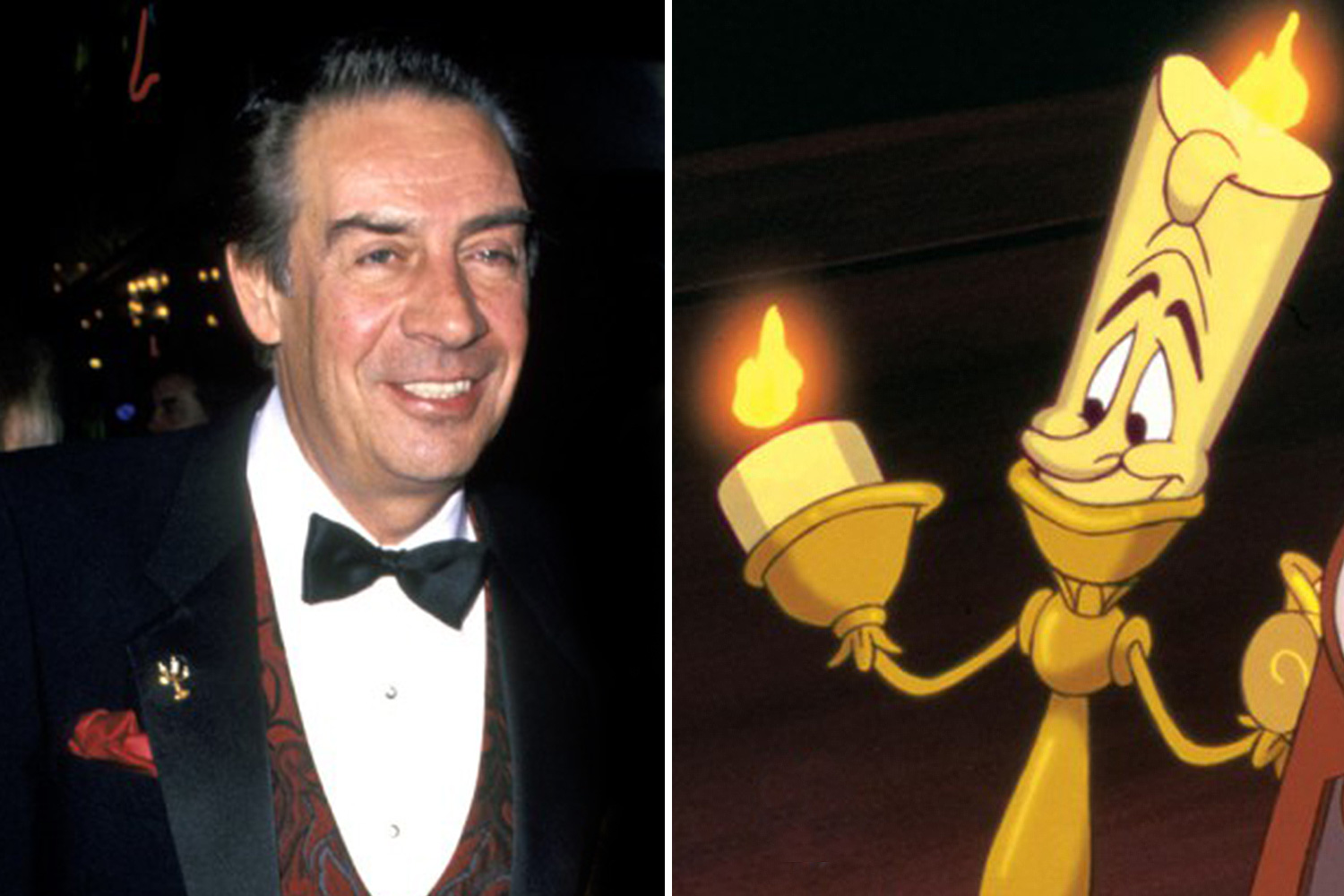 Jerry was best known for his stage work before appearing in the animated classicCredit: Getty / Alamy

Jerry was best known for playing Billy Flynn in the original Chicago on Broadway before going on to star in Dirty Dancing as Dr. Jake Houseman, before the Disney film.

He married twice and had two sons with his first wife Marta Curro.

His best-known role was as Lennie Briscoe in Law & Order, in which he starred in for 12 years.

In January 1994 the actor, then 58, was diagnosed with prostate cancer and despite treatments, it metastasized by the end of the year.

Jerry died on December 28 2004 from cancer, which he kept private until weeks before his death.

In honour of his extensive theatre career, the marquees on Broadway had the lights dimmed – the highest mark of respect in the theatrical world.

Due to having 20/20 vision, the actor requested his eyes be donated after his death and his corneas were both used successfully in transplant patients. 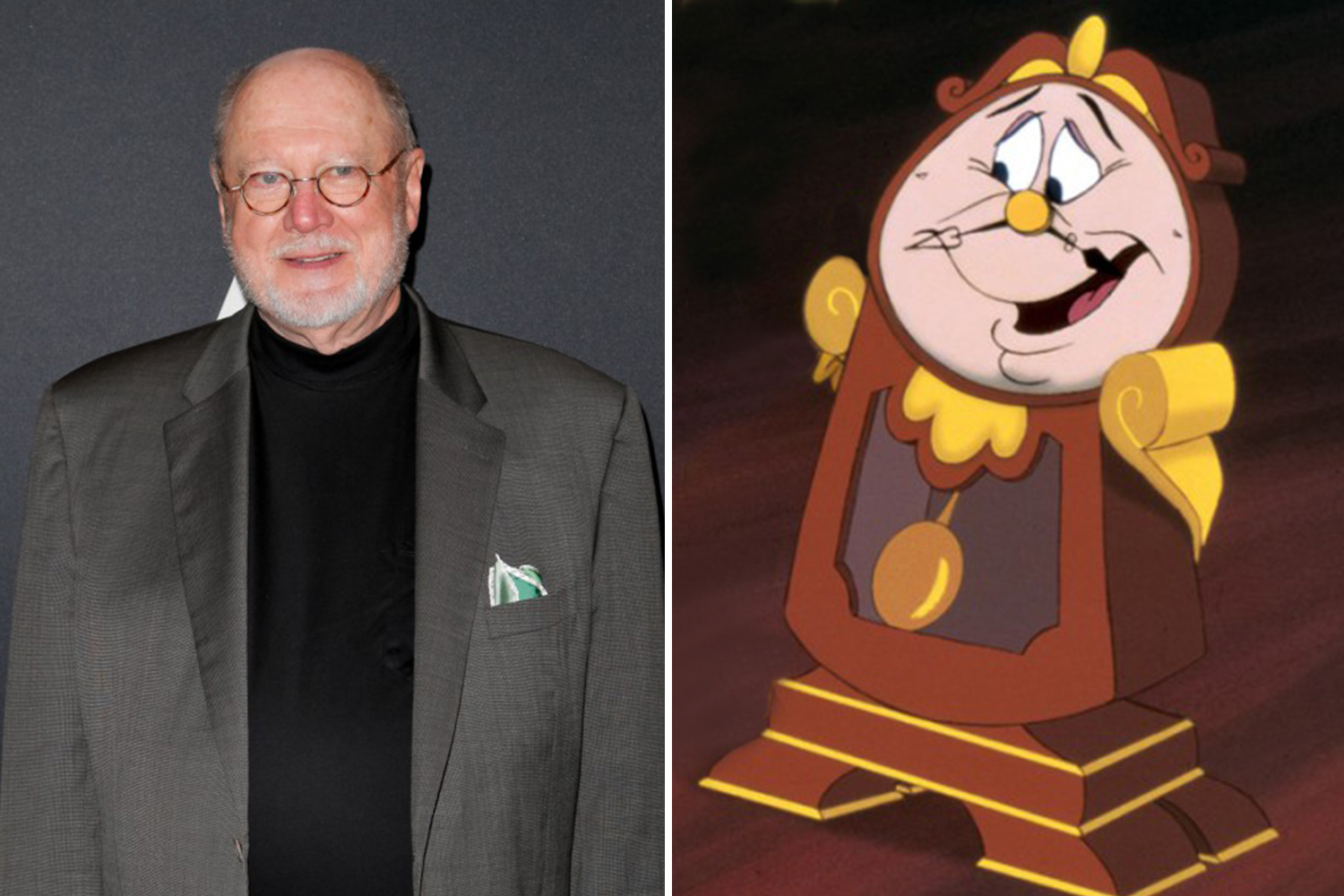 David kept his sexuality a secret as he thought it might affect his castings as an actorCredit: Getty / Alamy

M*A*S*H star David joined the animated film as the Beast’s head of staff who had been transformed into a mantel clock.

He was already famous for his comedic chops at this point, and after appearing in Beauty and the Beast, he continued voicing characters in Disney films including Pocahontas and Lilo & Stitch.

He hid his sexuality until 2009 as he feared coming out as gay could stop him getting roles.

He explained: “I enjoy working, and even though many have this idealistic belief that the entertainment industry and studios like Walt Disney are gay friendly, they weren’t always.

“For the most part they are, but that doesn’t mean for them that business does not come first. It’s a matter of economics … A lot of my income has been derived from voicing Disney and family programming.”

He also added that the flamboyant nature of some of his animated roles contributed to his decision to hide his sexuality.

“Cogsworth, the character I did on ‘Beauty and the Beast,’ could be a bit flamboyant onscreen, because basically, he is a cartoon,” he said. “But they didn’t want Cogsworth to become Disney’s gay character, because it got around a gay man was playing him.”

David died in March 2018 from complications relating to bladder cancer, with much of his wealth being left to arts organisations near his home. 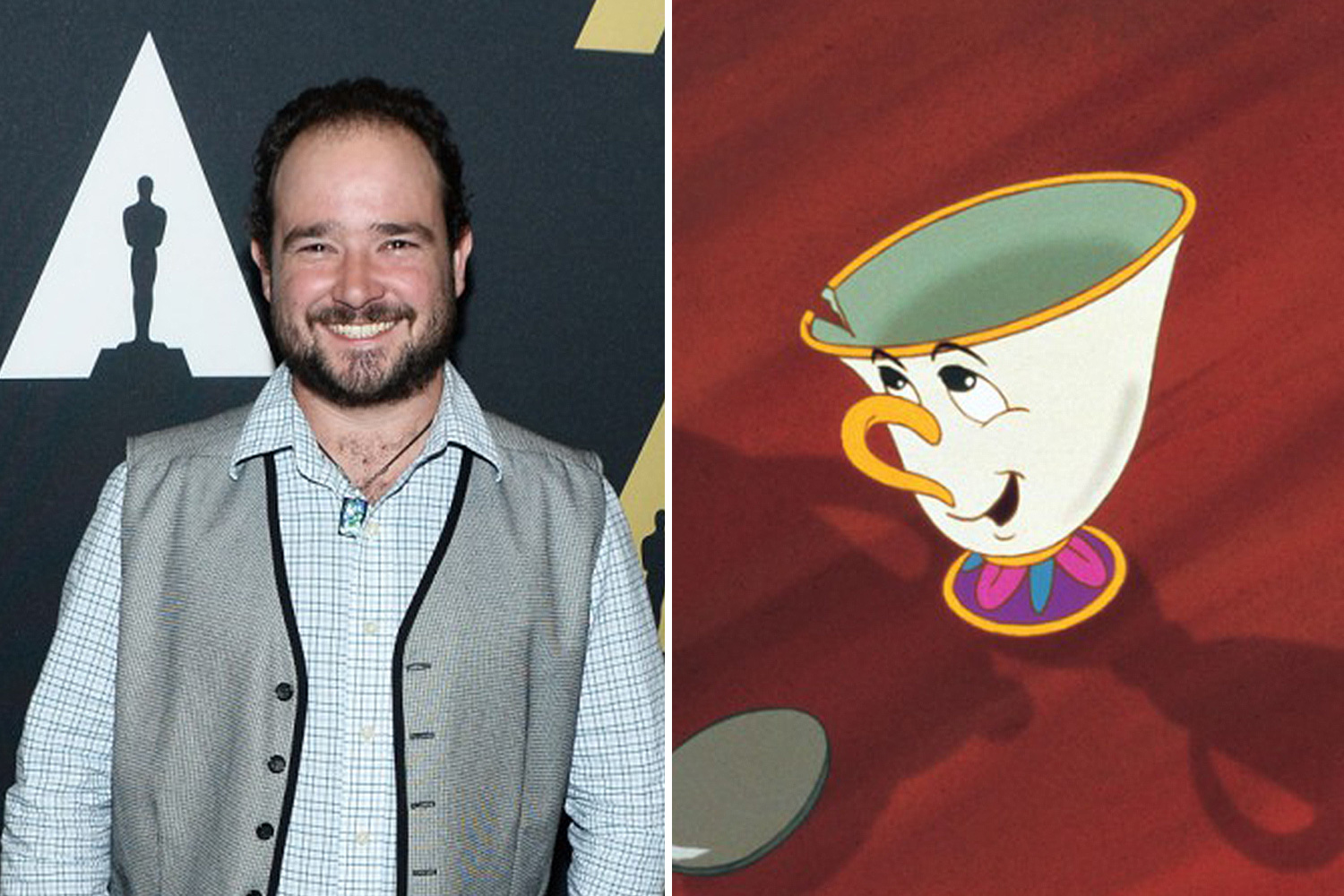 Bradley has opened up about suffering with depression since he was a teenagerCredit: Getty / Alamy

Bradley was just nine years old when he appeared as the loveable teacup Chip.

Since then he has remained as a voice actor and was one of the original Sonic the Hedgehog cast and appeared in films including Jumanji and The Cat Returns.

In 2014 Bradley, 39, opened up about his own depression from the age of 16, following the death of his close friend Robin Williams.

He told TMZ: “I have a few close friends who know about it, my wife knows about it, but I really played it close to the vest until Robin died actually and then I decided, ‘You know what, I’m going to go ahead and try to use his death and the tragedy that it was to open up to people and put it out there,’ and so I did.”

He has three children with ex-wife Shari Holmes who he divorced in 2015 after ten years of marriage. 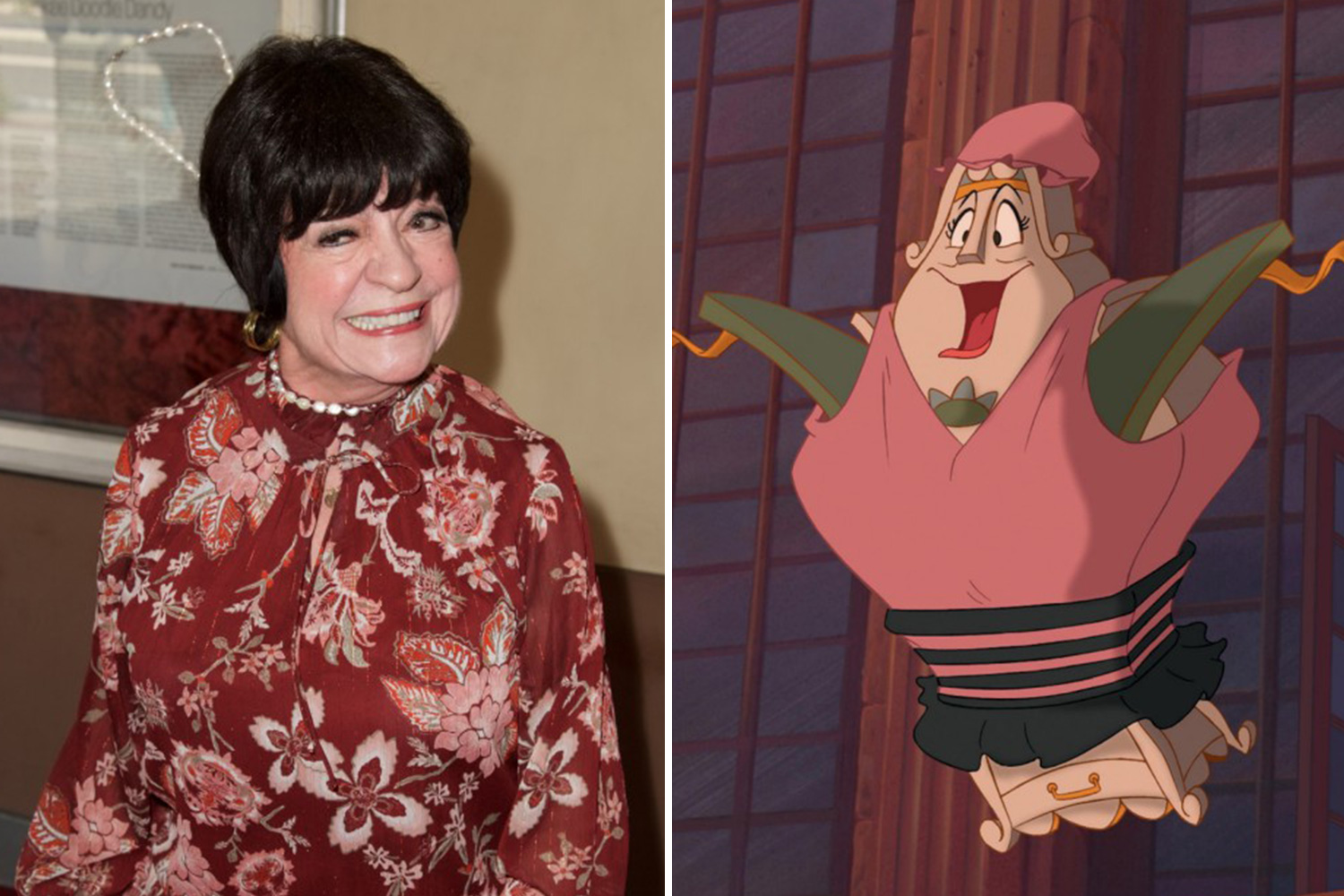 Jo Anne was known for her comedic roles on TV before taking the cartoon roleCredit: Getty / Alamy

Comedian Jo Anne, 85, took on the role of Wardrobe, who was transformed by the curse into a chunk of furniture.

She praised the kid’s flick as “the gift that keeps on giving” and praised it as being “beautifully drawn”.

Jo Anne was married to fellow actor Roger Perry from 1975 until 2000 when they divorced.

She is currently president of Actors and Others for Animals which funds spay and neuter programs, veterinary assistance, and financial assistance to pet guardians in Southern California.