IT was the noughties teenage drama which has really got underneath Hollywood’s skin.

This week former Skins star Daniel Kaluuya won a Screen Actors Guild award for his role in Judas and the Black Messiah – and faces more industry gongs this month. 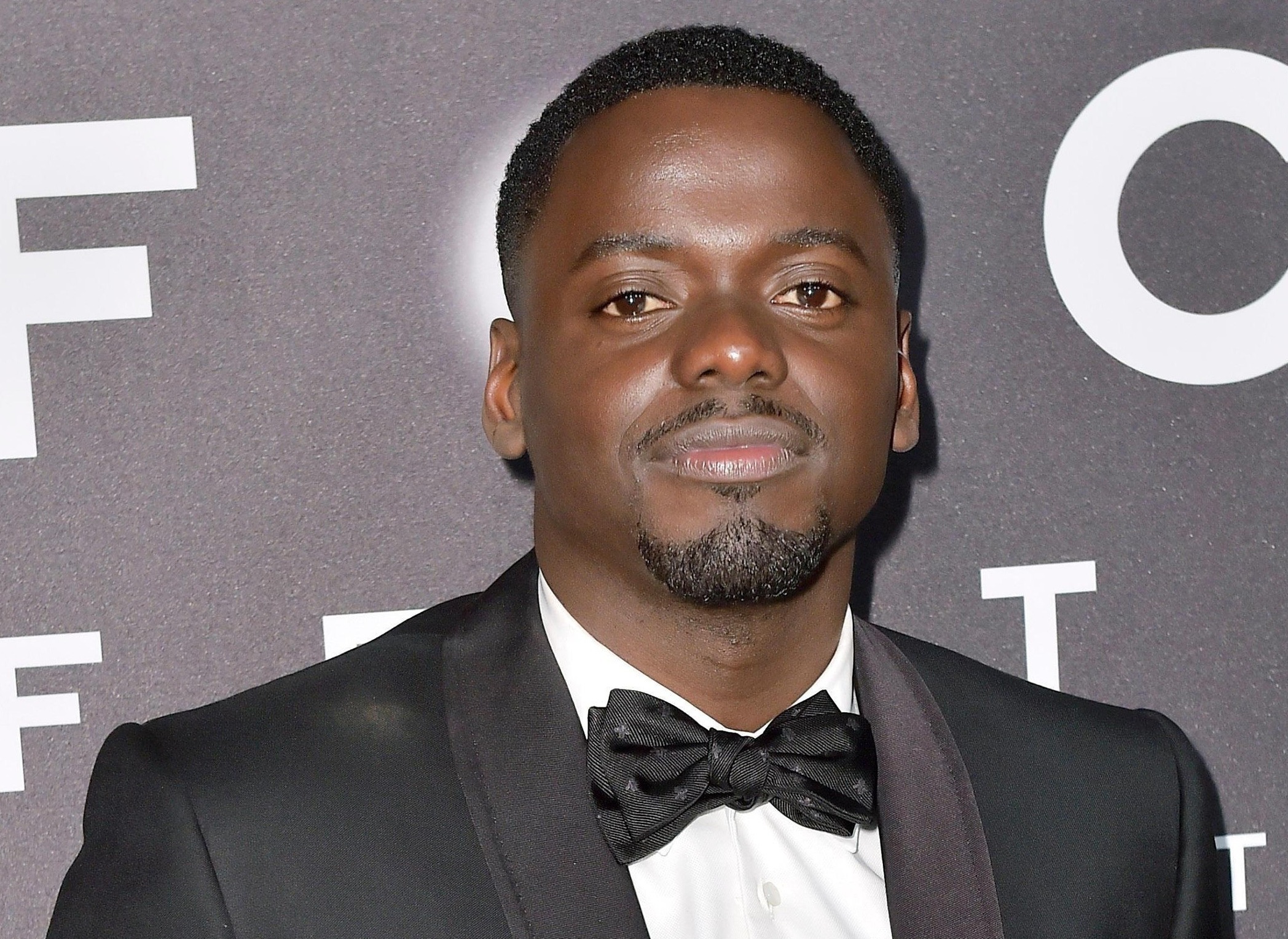 Skins star Daniel Kaluuya has been raking in the gongs with film Judas and the Black MessiahCredit: Alamy

He had his big break when Channel 4 coming of age drama Skins first aired in 2007 with a cast full of teenage unknowns.

The show – set in Bristol – shocked viewers with its depictions of sex and drug-fuelled parties, eating disorders and suicide attempts.

The show was praised with BAFTAs but an US remake was panned after American viewers found its gritty storylines too shocking.

After two seasons the UK show continued with a brand new cast while the original actors sought fame and fortune. 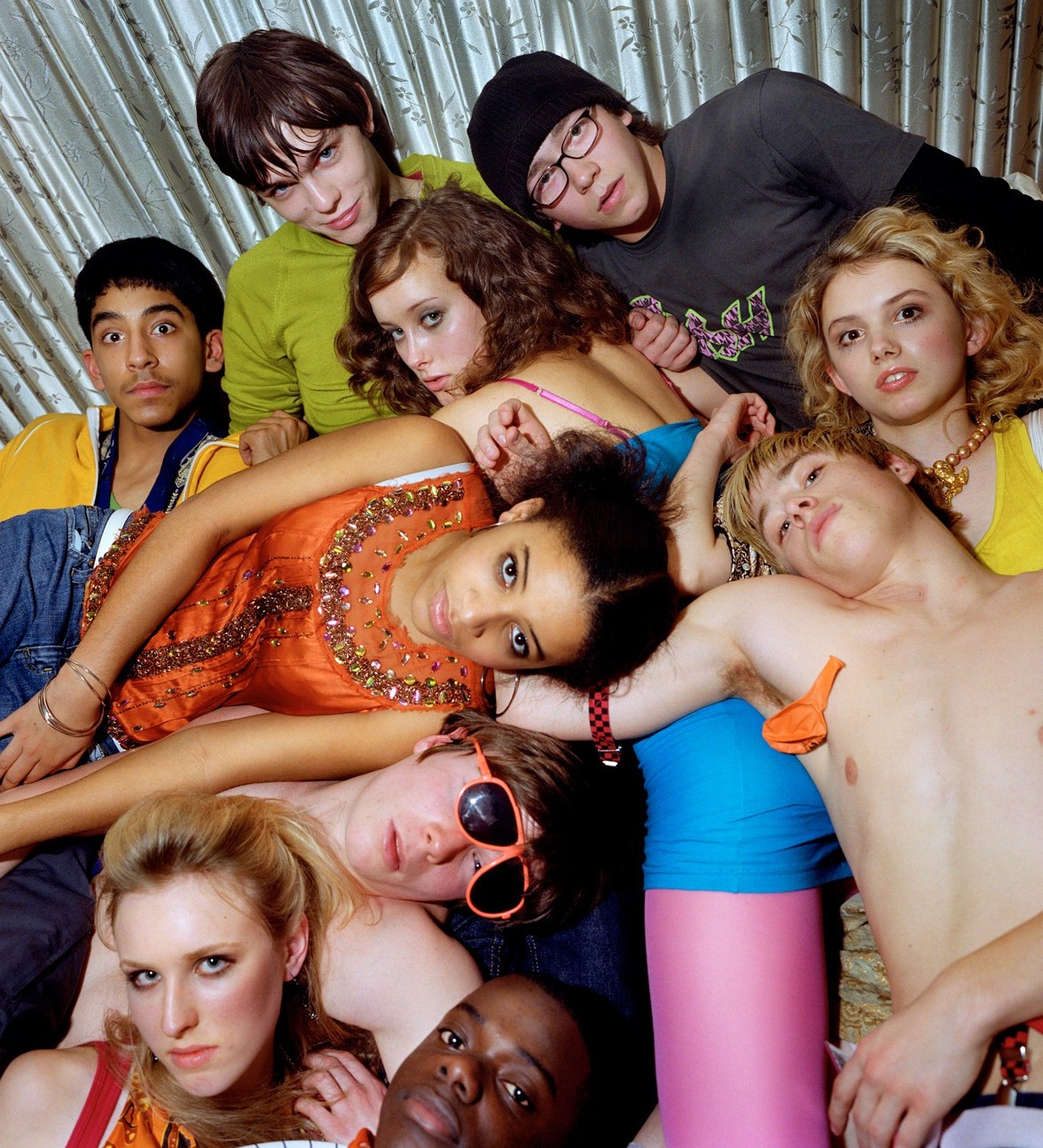 Hedonistic teen drama Skins aired in 2007 with a cast of unknownsCredit: Channel 4

Most of the original cast have gone on to storm the film and TV industry – notching up blockbuster credits and gongs along the way.

From Golden Globes to dating Hollywood’s elite, we find out what the young actors are up to now.

Nicholas, 31, has had a glittering career since Skins with his latest role in lavish Channel 4 period drama The Great this year.

The actor had already found fame aged 11 when he was cast alongside Hugh Grant in film About a Boy in 2002. 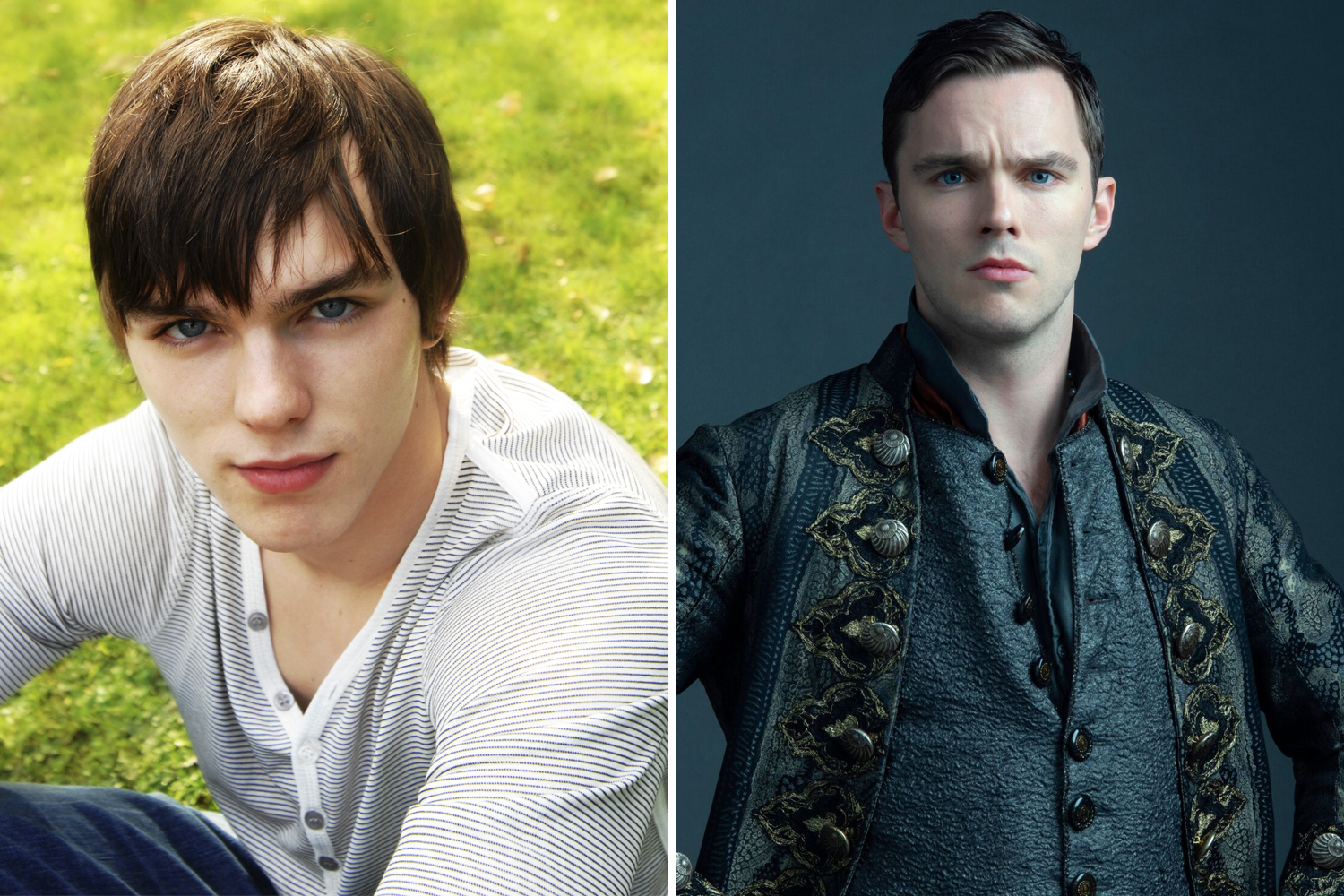 In Skins, he played controlling but charismatic lead Tony Stonem who cheats on his long suffering girlfriend Michelle with both men and women.

Tony is dramatically hit by a car at the end of series one, leaving the character to overcome a brain injury.

He said of his time on the series: “They got a good group of people together and the writing was so brilliant.

“There was no pressure on it, we just did it and had fun.” 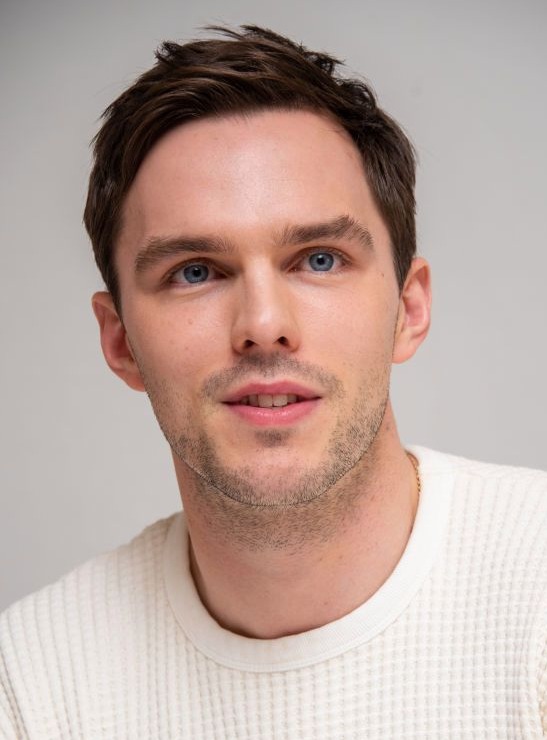 After Skins, Nicholas Hoult embarked on a career in Hollywood with roles in X Men, Mad Max and The Favourite.

He dated X-Men co-star Jennifer Lawrence for four years before having a son with American model Bryana Holly.

Tom Cruise cast the actor in Mission Impossible 7 which is set to be released this year.

Mike Bailey – Back to school

Mike’s character speccy virgin Sid Jenkins was Tony’s right-hand man in the teen drama – but also had a crush on his girlfriend, Michelle.

Pothead Sid eventually ended up dating troubled teen Cassie – but cheats on her with Michelle while grieving the death of his father – played by Peter Capaldi.

After starring in a few indie TV series and a short film, actor Mike, 32, decided to go into teaching. 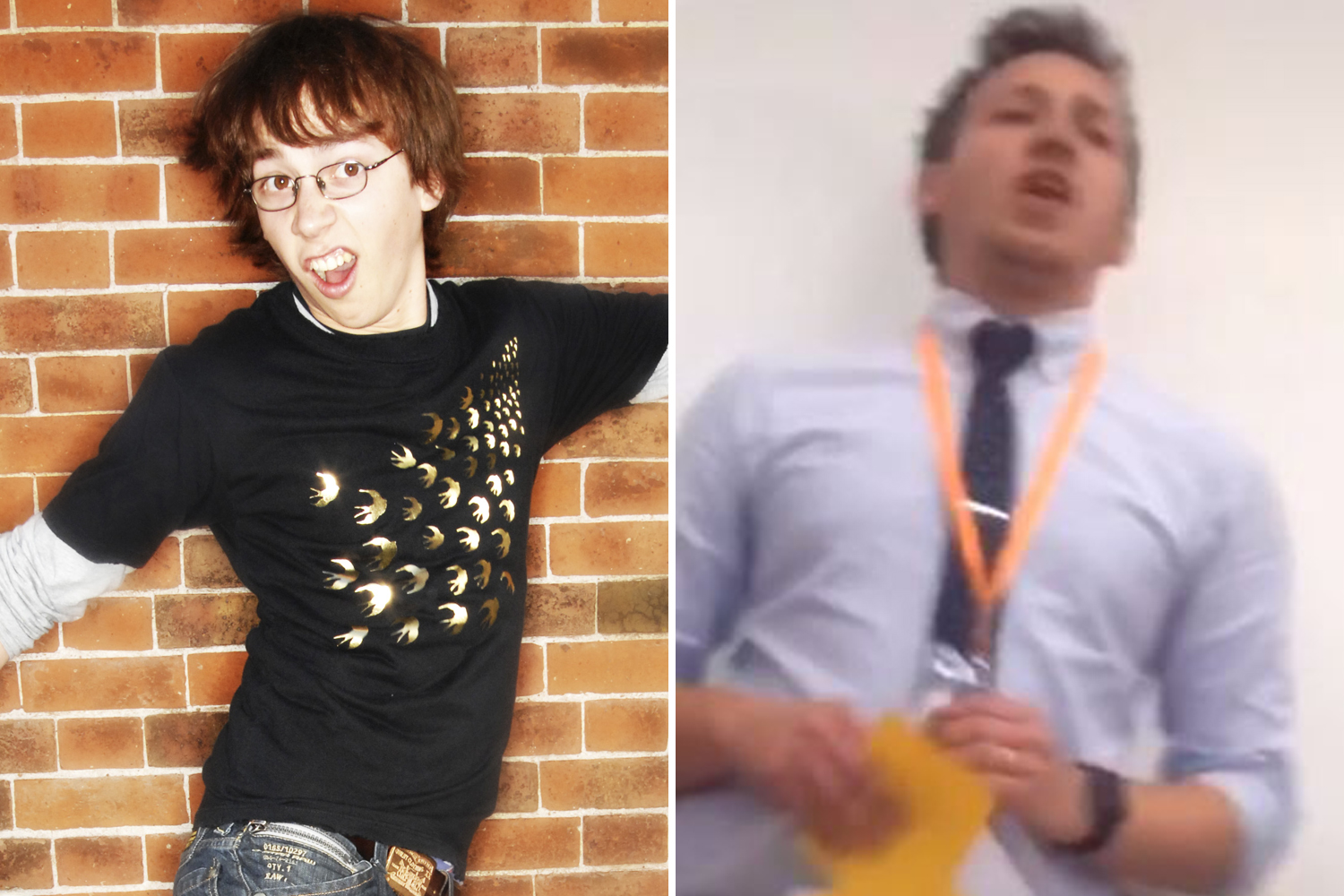 He said 2017: “I kind of thought ‘what the f*** am I doing with my life?’ and ended up getting in a conversation with the wife a couple of years ago and decided that those who can’t act teach.

“Ten years ago I never thought I’d still be talking about it, but [Sid] still does pop up every now and again.

“I mean, it’s always kind of been there. It’s kind of fizzled out over the years, but I mean, it was always a good thing.”

Last year, a clip of Mike in the classroom went viral on Gen Z video app TikTok with over 200,000 views.

The former actor is incredibly private and does not have social media accounts.

Although his former co-stars are now Hollywood royalty, Nicholas Hoult and Daniel Kaluuya still found time to attend his wedding in 2015.

Actress April Pearson, 32, has shied away from the limelight since her Skins days – but has found a huge fan base on TikTok.

April – who played Tony’s impressionable girlfriend Michelle Richardson in the series – has 380,800 followers on the app where she shares her experiences of filming the series. 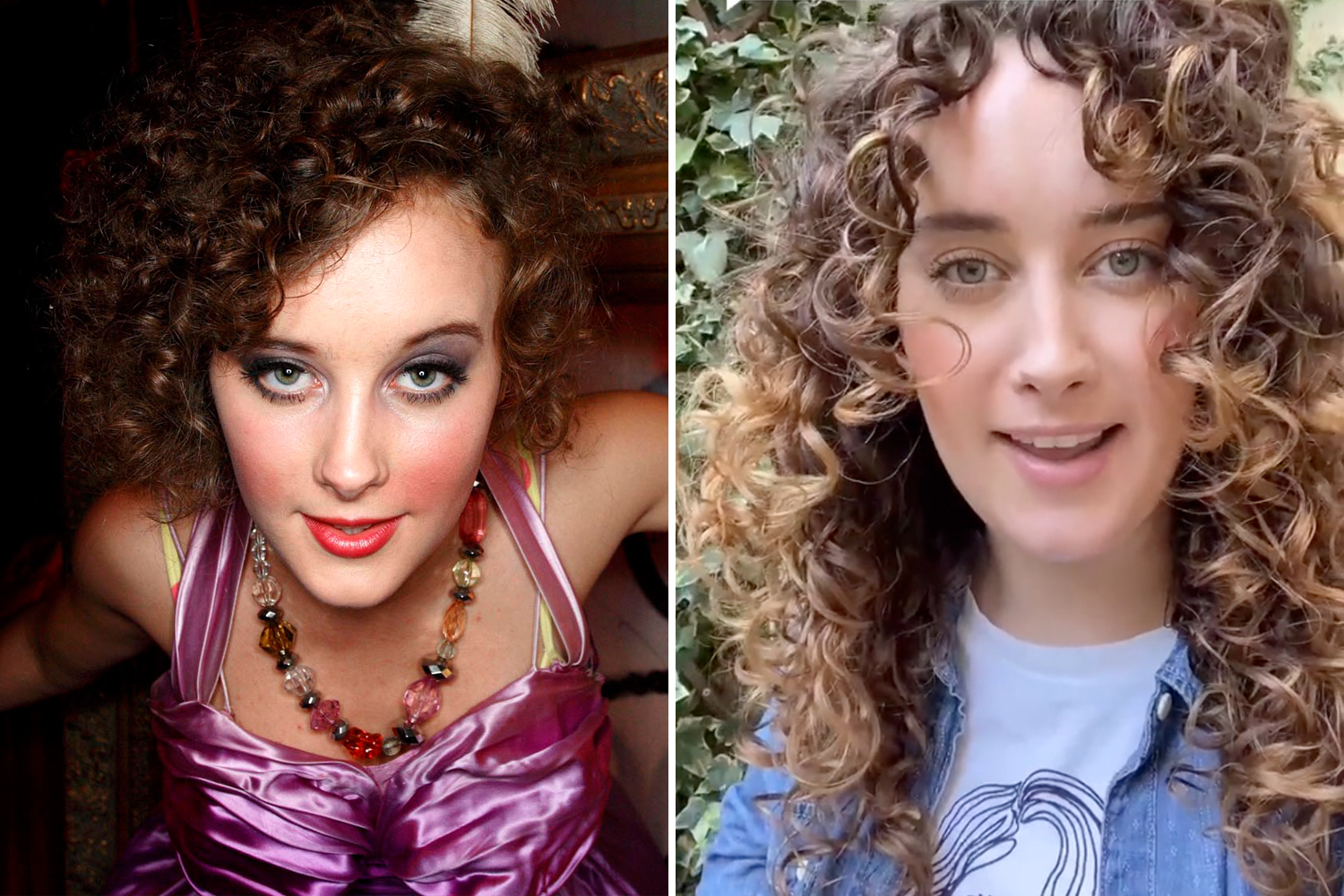 She mentioned she felt uncomfortable with filming nude scenes as a teenager.

April said: “It was very weird and not all the time pleasant. [I’m] still dealing with it.”

In another video, the actress hinted at a falling out with the rest of the cast – but confessed she has recently reconciled with them.

She said: “I know that a lot of them are best of friends, family. But that wasn’t my experience.

“I had a strange time after the show and have only recently been reconnecting with them.

“But it has been amazing.”

Following the series, she starred with It’s A Sin actor Olly Alexander in British movie Tormented in 2009 and since then has turned to theatre work and independent horror films.

Most recently, she started a comedy podcast called Are You Michelle From Skins? And is filming a black comedy with Les Dennis called Sideshow.

Hannah, 31, played ditsy Cassie Ainsworth who struggled with an eating disorder on the show – but has carved a career in the states for herself.

After filming two seasons of Skins, brainy Hannah took a break from acting and studied English at Cambridge University. 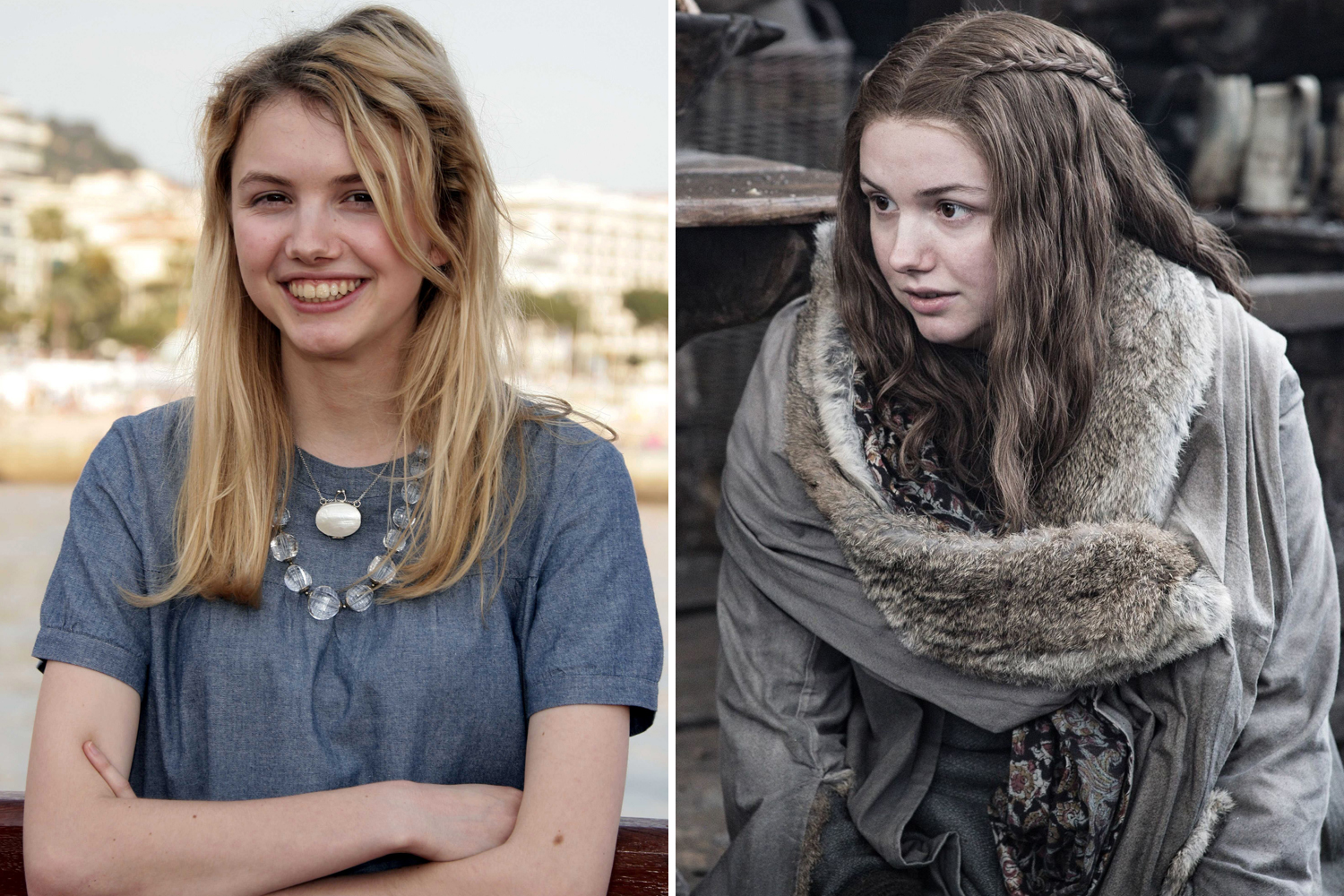 She said: “Not to be arrogant, but after I got my A Levels, and they were really good, I thought I should.”

She told in 2019 how teachers at the prestigious university looked down on her acting career.

She said: “One of the dons was very funny about it. Others were very dismissive.

“I remember this one PhD student was teaching us and he was adamant we type up our essays, even though I wanted to handwrite them as exam practice. 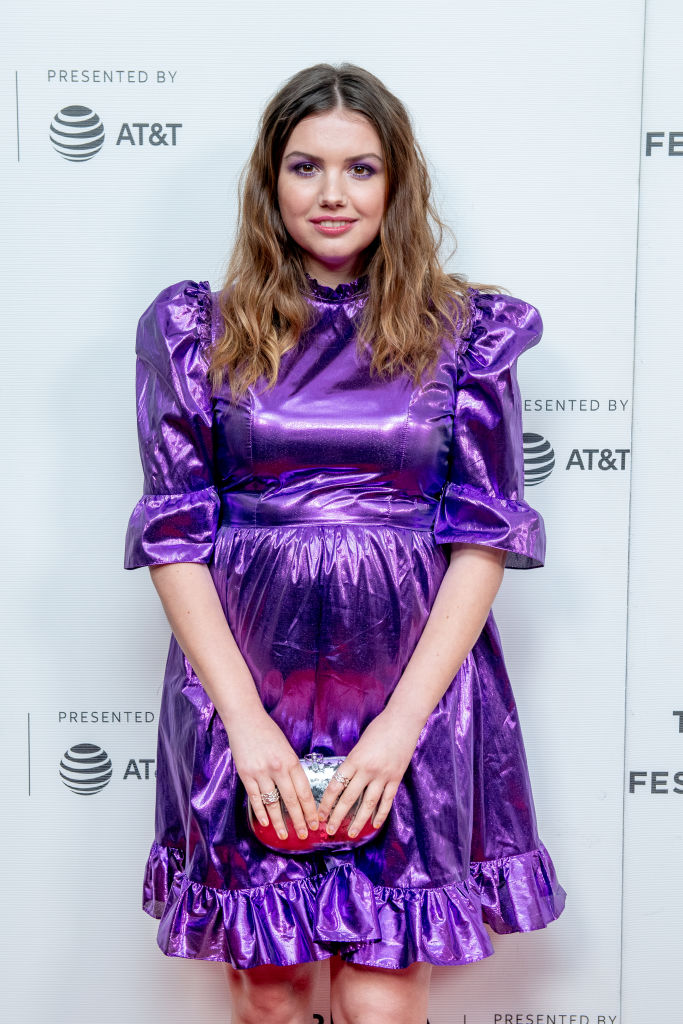 Hannah Murray with much darker locks at the Tribeca Film Festival in New York in 2019Credit: Getty

“He then asked me what career I was after, and when I said actress, he snidely responded, ‘Oh OK, well then you can handwrite it if you want, since the exam won’t matter for you anyway’.”

After graduating, she has starred in Johnny Depp film Dark Shadows, Bridgend in 2015 and Detroit with John Boyega in 2017.

Hannah was also nominated for a Screen Actors Guild award for her role in Sky series Game of Thrones.

Effy who initially is a mute overdoses at a party and nurses Tony back to health after his car accident. 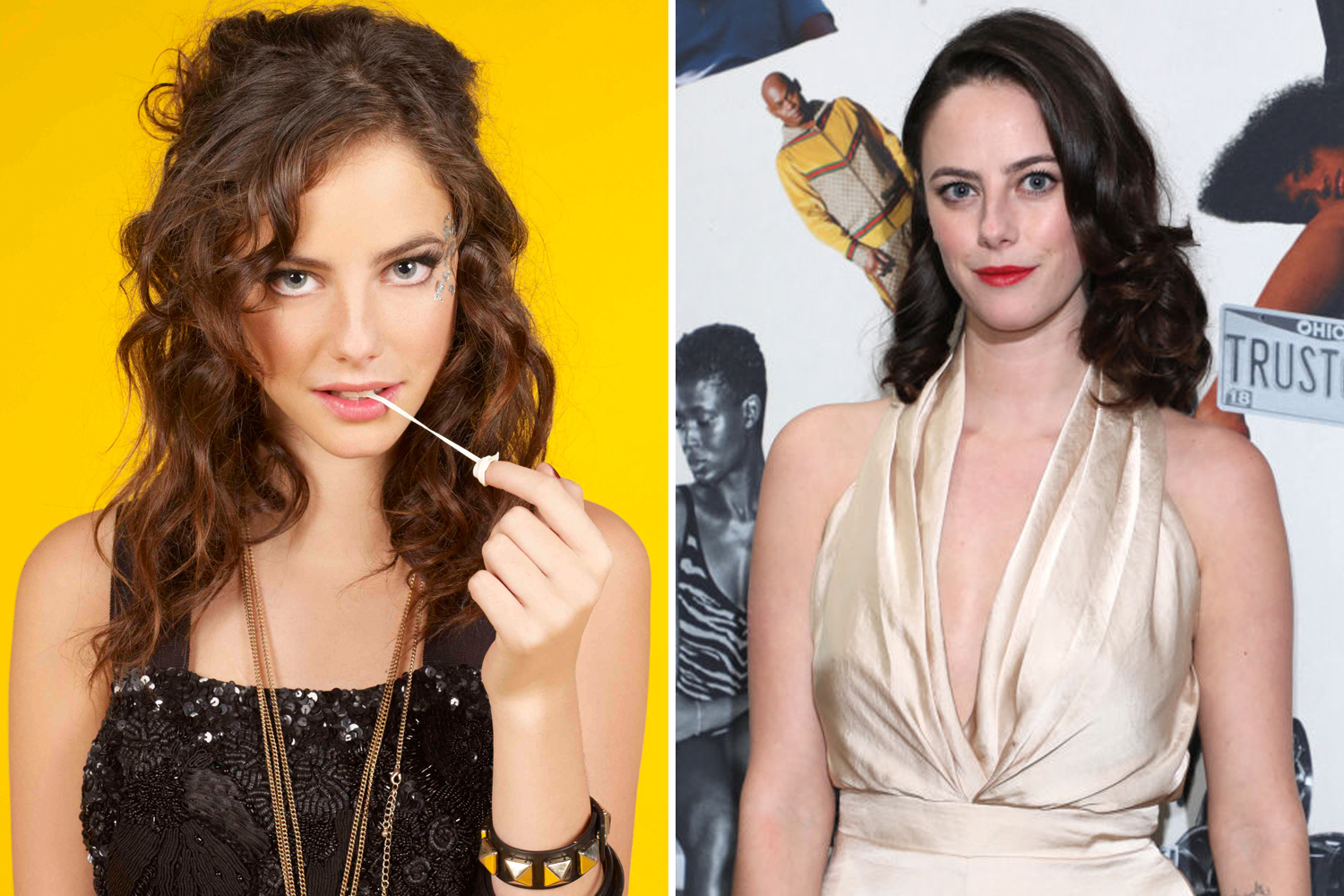 But she nearly missed out on the part after she lied about her age to one of the producers.

“They called back and said that I was too old. Then, I admitted that I lied about my age. Luckily, they gave me the opportunity.

“I happened to be in the right place at the right time.” 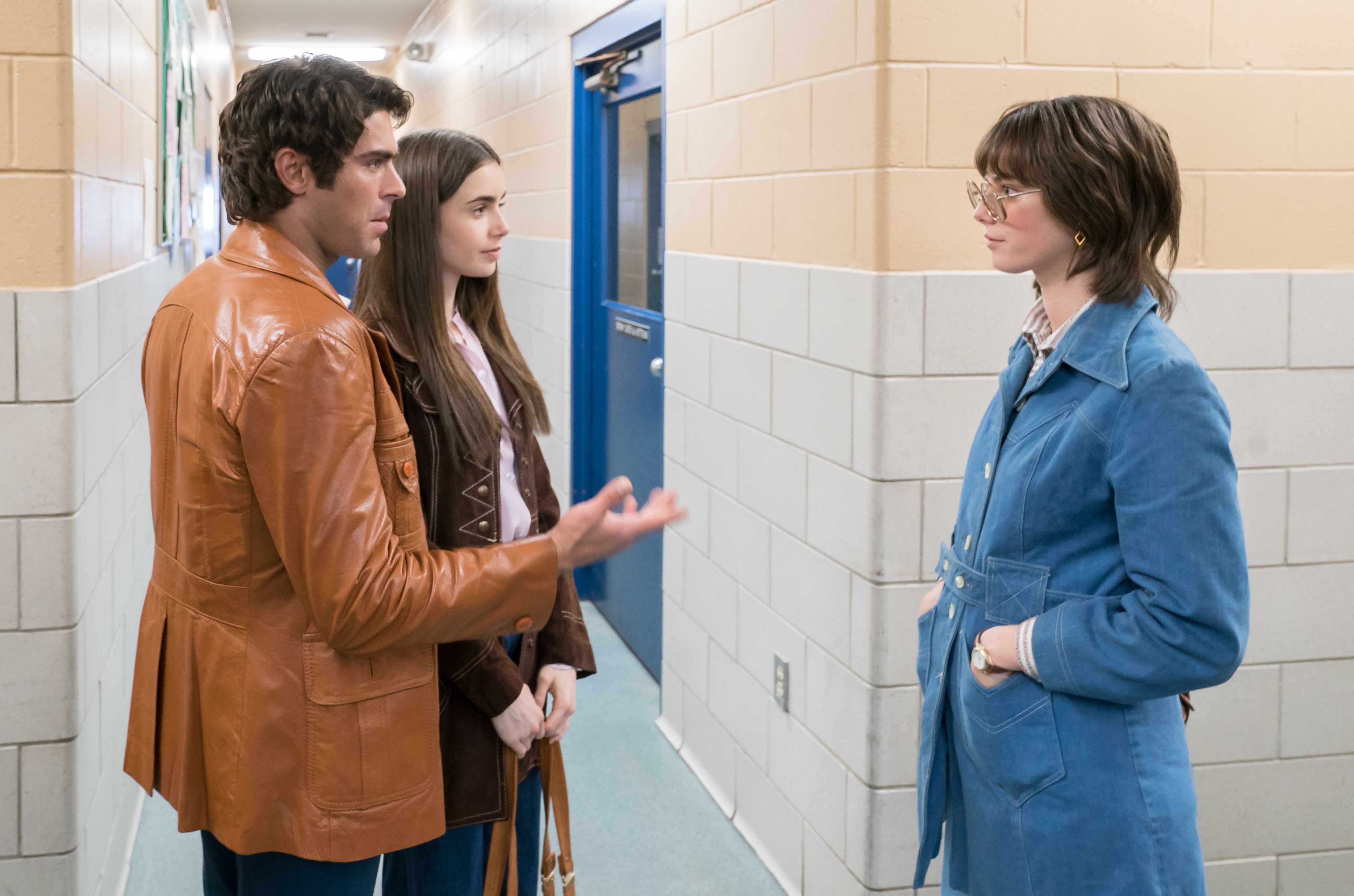 Half-Brazilian Kaya starred in four seasons of Skins and returned to the series in 2013 in a catch up episode.

By then, she had appeared as Cathy in an adaptation of Wuthering Heights in 2011 and went on to land parts in The Maze Runner franchise and Pirates of the Carribean.

Her latest parts was opposite Zac Efron as Ted Bundy’s wife Carol Ann Boone in Extremely Wicked, Shockingly Evil and Vile and in Netflix ice skating drama Spinning Out.

Get Out star Daniel, 32, not only played Posh Kenneth in the show but went on to write episodes too.

The actor won a Golden Globe and a Screen Actors Guild award this month for his role in black panther biopic Judas and the Black Messiah. 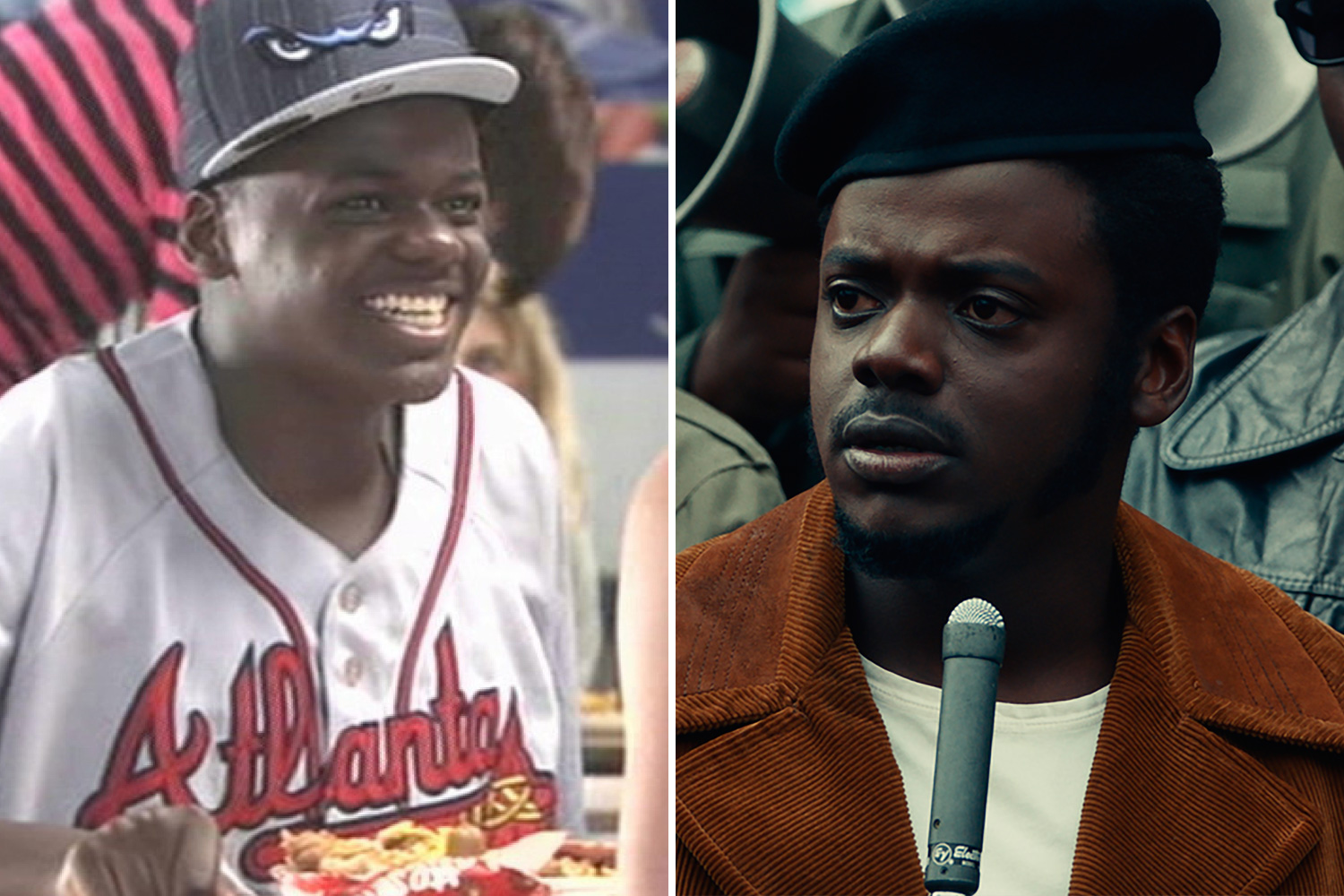 He is nominated for a BAFTA at this weekend’s awards, and could win an Oscar at the end of the month.

He appeared as rap fan Kenneth who’s real voice was extremely plummy before going on to write two episodes on the show.

He said: “I’ve never been on that starry thing, but I’ve always wanted to be part of a wave.

“To know that you’re on a journey with people who see you and know you and get it.

“You had Simon Amstell in that writer’s room, Nic Hoult, Dev Patel… it was insane! 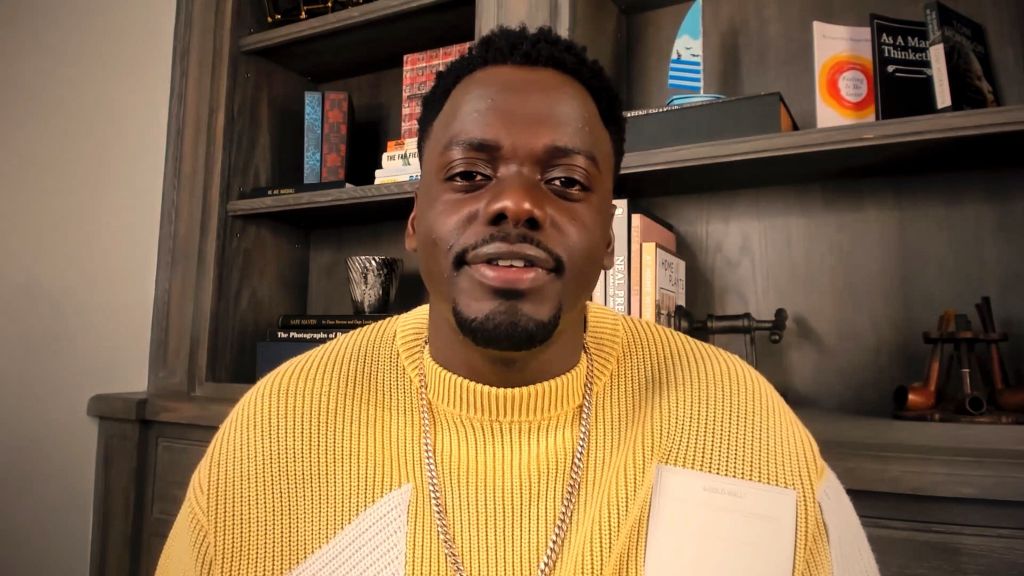 He went on to land parts in films Johnny English and Charlie Brooker series Black Mirror.

Daniel soon was cast in big budget productions including US horror flick Get Out and Marvel movie Black Panther.

In a bizarre career twist, the star is now working on a live action film of children’s TV show Barney the Dinosaur.

He said: “Barney was a ubiquitous figure in many of our childhoods, then he disappeared into the shadows, left misunderstood.”

Dev, 30, was the first Skins actor to reach global superstardom after clinching the leading role in box office smash Slumdog Millionaire in 2009.

He was cast after because director Danny Boyle’s daughter had been a Skins fan.

Dev said: “They were having trouble casting the lead guy and Danny Boyle’s daughter was watching Skins. 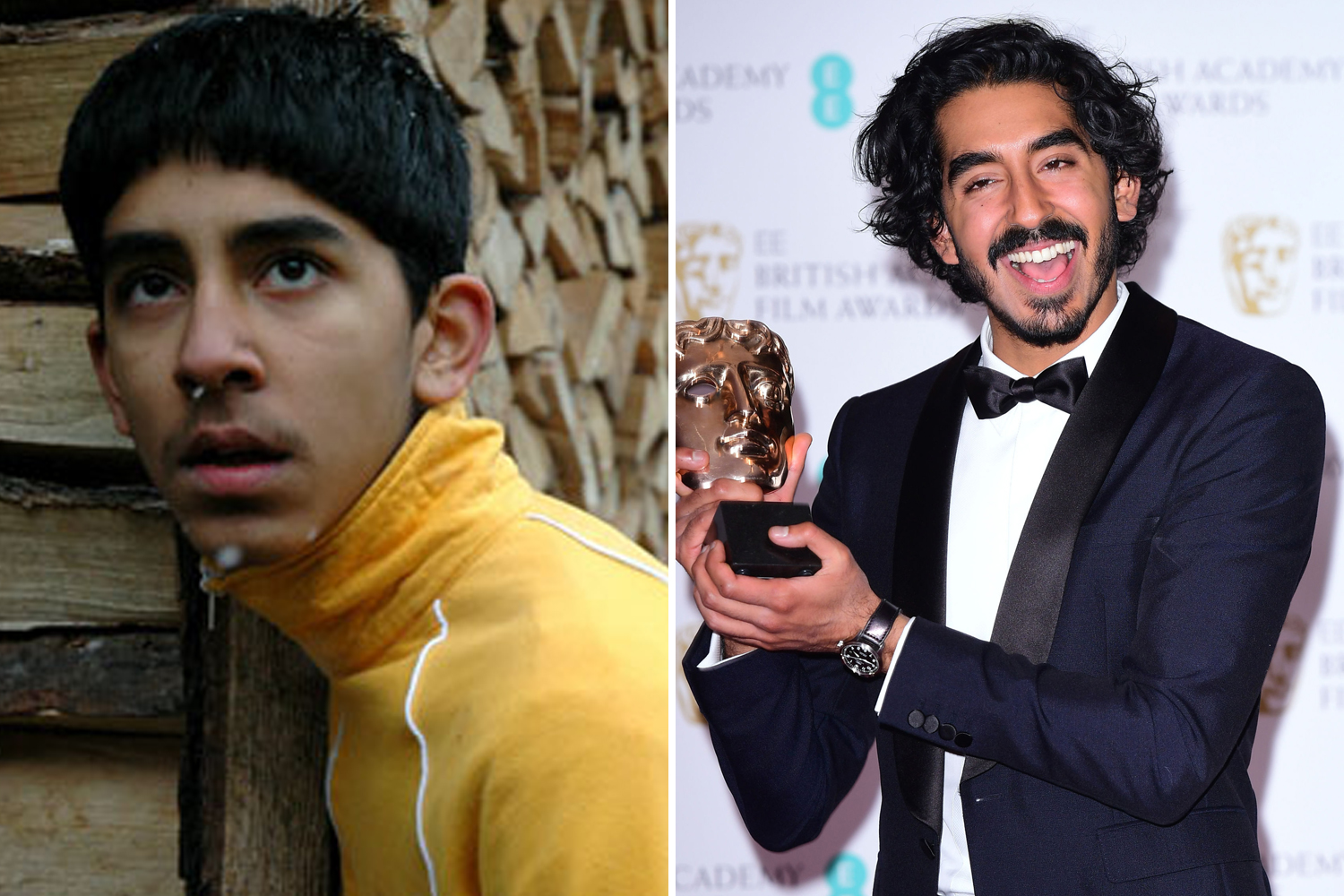 In the teen show Dev had played lapsed muslim Anwar Kharral who rebels against his parents’ strict beliefs with sex and drugs.

After his success with Slumdog Millionaire, Dev dated beautiful co-star Freida Pinto but split after six years and is now with Australian actress Tilda Cobham-Hervey.

Freida said: “There comes a point where you’ve got everything you want – career, love, family – but you’ve ignored yourself.

“Life hits you and you think, ‘What about me? What do I really want?’” 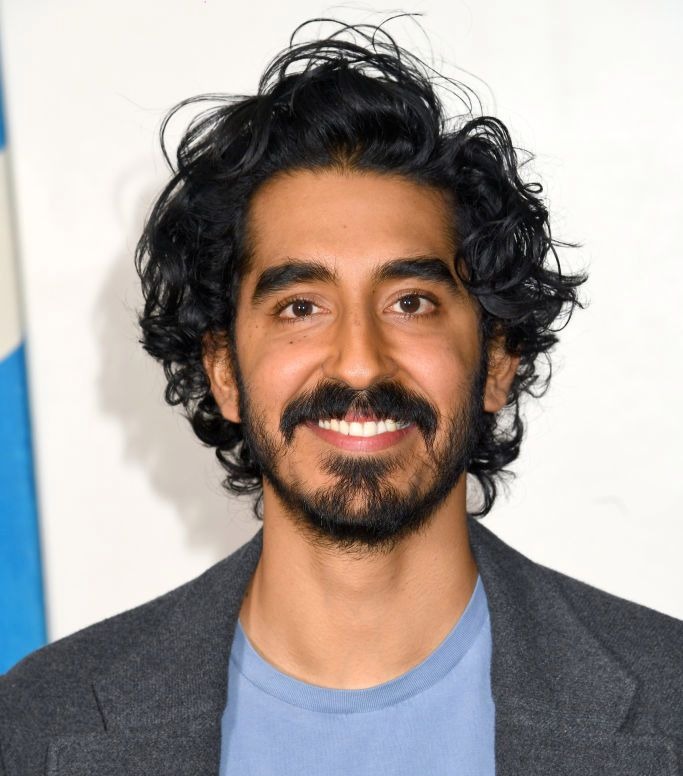 Dev at the premiere of The Personal History of David Copperfield in 2019Credit: Getty

After Slumdog, Dev had hits with The Best Exotic Marigold Hotel and HBO series The Newsroom.

In 2016, he won an Oscar for his role in Lion alongside Nicole Kidman and Rooney Mara and in 2019 he starred in The Personal History of David Copperfield with Tilda Swinton.

Before he was cast on Skins, Joe, 33, had gone to a youth drama club with Line of Duty’s Vicky McClure and In America star Samantha Morton.

As the scouser was about to give up acting, he landed the role of tragic party boy Chris Miles. 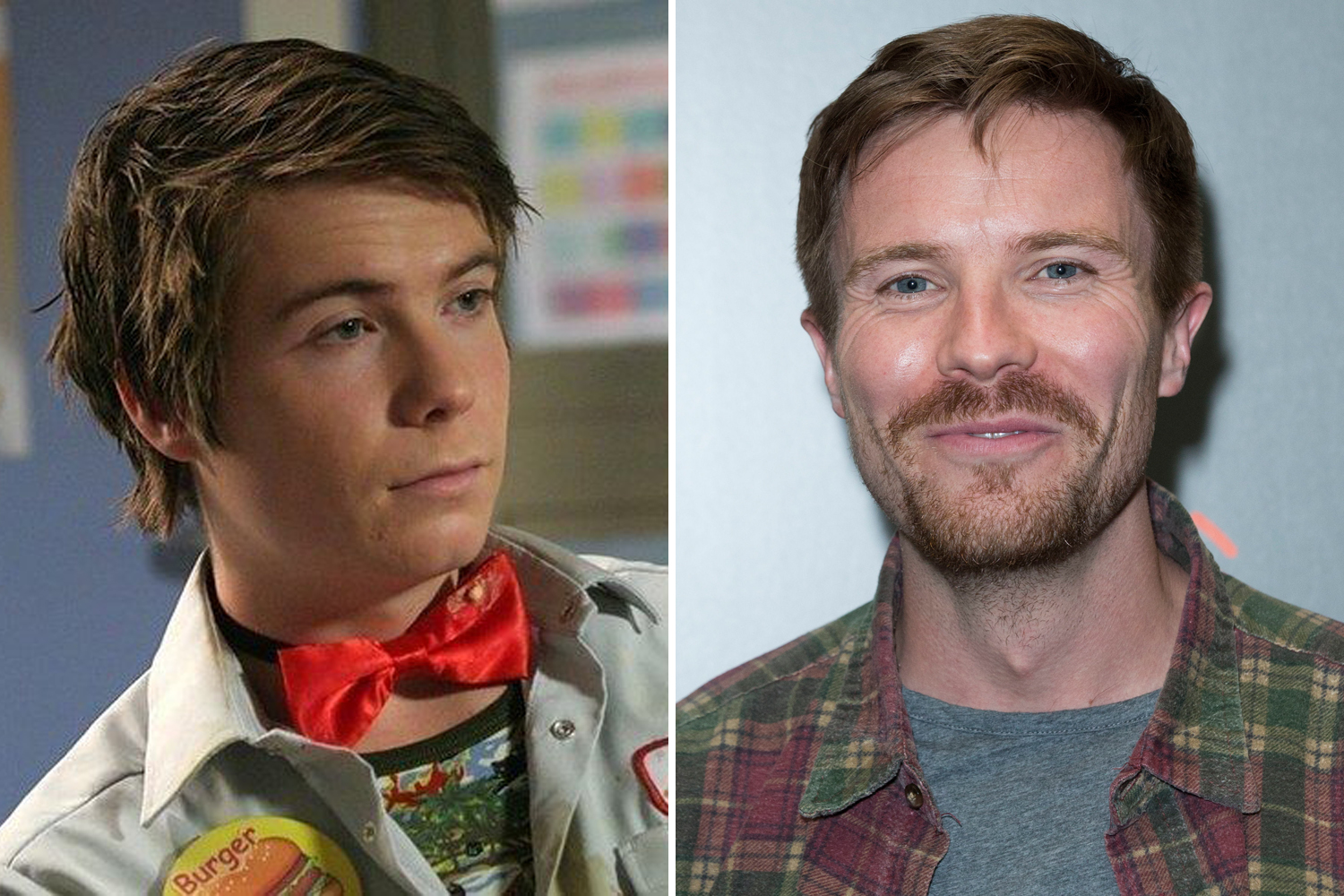 The character is abandoned by his mum and has an affair with a teacher before dying from a brain hemorrhage.

After appearing in a few Doctor Who episodes, Joe played Higgy in This is England ‘89 in 2010.

The following year he was cast as Gendry in Game of Thrones which he played until the show’s finale in 2019.

He confessed at times he feels jealous of his former co-stars becoming household names. 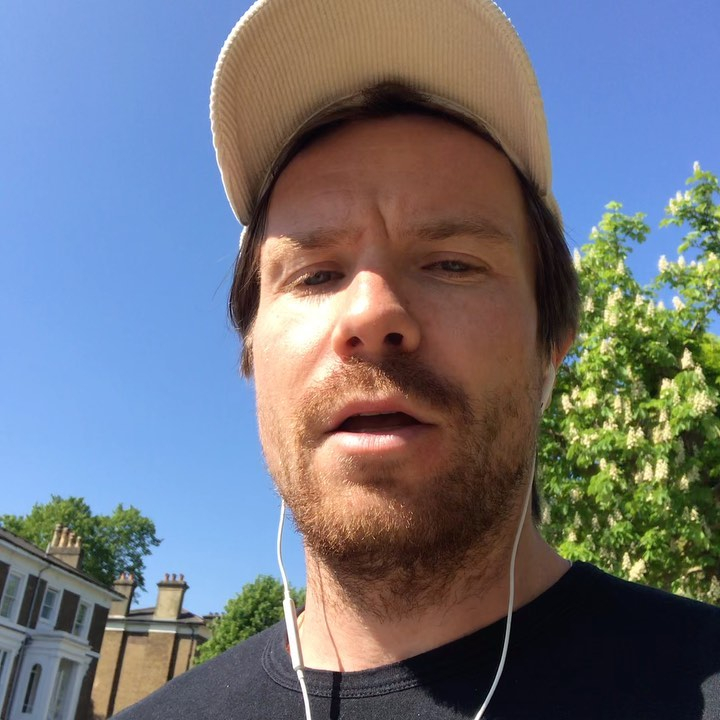 Joe shared he sometimes feels envious of his mates from Skins who win awardsCredit: josephdempsie/Instagram

He said last year: “I’m friends with a number of people who are hugely successful, Oscar-nominated movie stars, and yes, there are times I want that.

“I sometimes crave the industry recognition that comes with an award nomination and the professional freedom that then affords you.