There’s an awful lot of reality TV out there, but few are as brilliantly British as Four in a Bed.

Essentially, it involves four sets of B&B owners who take it in turns to stay with one another. They pay whatever they consider a fair price for their room, while giving their feedback.

It’s made for some of the best easy-watching telly on the box since it first aired in 2010, with viewers absolutely living for the petty drama of it all.

Quickly, one episode becomes two, becomes three, and before you know it you’re under the duvet covered in crisp dust, after binging an entire series (absolute bliss, we have to say).

It’s great telly, but what’s it really like to take part in the series?

We spoke to Julie and Neale from Copperfields Vegetarian Guest House who won the series a few years back, all about their experiences on the hit Channel 4 programme.

Julie and Neale reveal all about their time on the programme (Picture: Channel 4)

The programme can be a pretty great advert for B&Bs around the country, but while owners can apply to take part (here, in fact) the programme often reaches out to prospective guests.

‘I think they must have a lot of researchers [because] they’re just pinging out emails to various bed and breakfasts and organisations,’ said Neale.

‘We must have had about half a dozen emails in our first three years from them, asking if we wanted to go on it. We decided it was best to wait until we knew what we were doing before we went on it.’

Thinking of going on? It helps if you have a USP 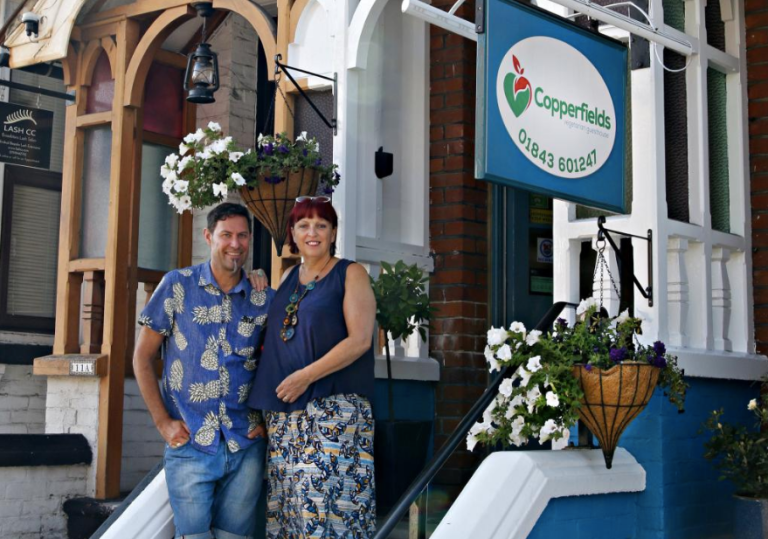 The couple won the series – and they’ve got a few tips for new contestants (Picture: Channel 4)

Standing out from the crowd can be tough, but Julie and Neale reckon a unique theme can make a big impression on viewers.

‘I think because we’re a vegetarian B&A, that helped,’ Julie said. ‘They do love a bit of controversy, and people love to hate the veggies.’

Turns out, the most important bit of the whole show takes place right at the start 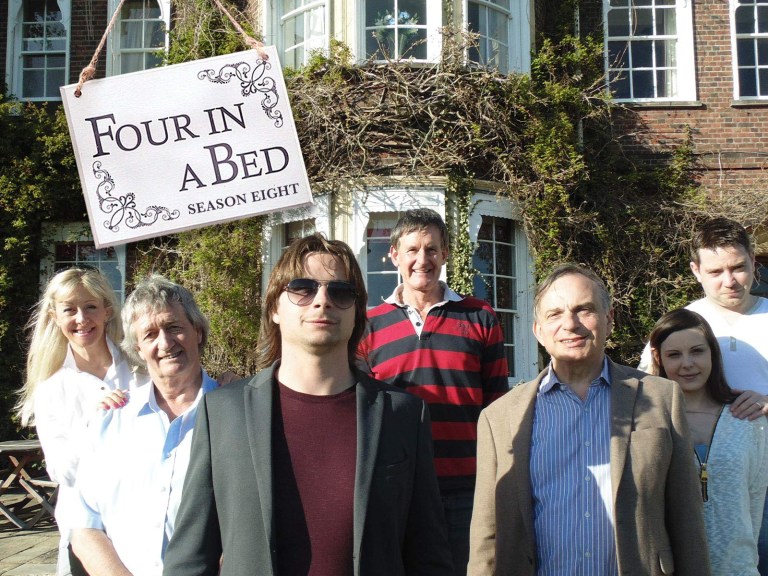 The series has become a British institution (Picture: Channel 4)

Before the show gets started, a producer is sent round to conduct a very long interview with the stars of the episode – and the answers to their questions have huge repercussions on the programme, so answer wisely.

‘They sent us a quick questionnaire that we filled out,’ Neale said, revealing what happened after they accepted the invitation. ‘Then one person comes around to film an interview with you. That basically took about four hours. We had to rearrange the whole of one of our rooms and change our clothes because they weren’t very camera friendly.

He added: ‘They just asked us lots of questions, the importance of which we realised later, because the questions she asked very much affected who they pair you with on the show.’

The producers are always, always looking of ways to add drama

The preliminary interview shapes who the show pairs contestants up with – and Neale and Julie wish they’d known that at the time.

Julie added: ‘They asked us things like: “What do you hate most when you go to another bed and breakfast?” If you were to say, “I hate dogs,” then they pit you against someone who had dogs.

‘We didn’t realise at the time, we were just quite honest and upfront. So they pitted us with a Scottish couple who were very much meat oriented.’

Neale went on to say: ‘‘They had all the notes from what anybody else had said, and they were definitely trying to goad you into saying things that were very controversial.’ 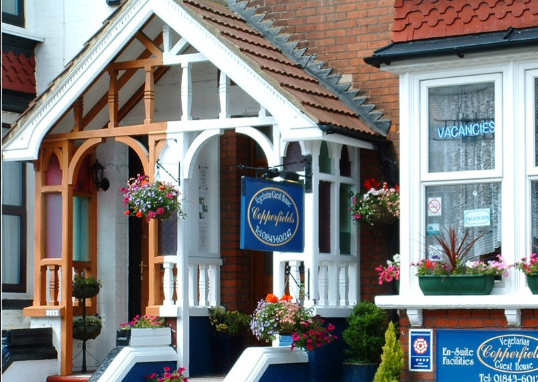 Thinking of making a name for yourself on the reality TV circuit? Four In a Bed isn’t the place to do it, say Neale and Julie.

‘We had a bit of a strategy. We decided we were there not to be controversial, and just to be as nice as possible and to really showcase our bed and breakfast,’ Neale said.

Explaining their plan, Julie said: ‘We tried to be as non-controversial as possible, which might be a bit lame, but we thought what we were doing was basically trying to get an advert on the telly for the bed and breakfast.

‘Even if you win, but you win really nastily and undercut everybody, by coming out the winner, people aren’t going to want to stay with you anyway.’

The whole process is very tiring – and takes absolutely ages 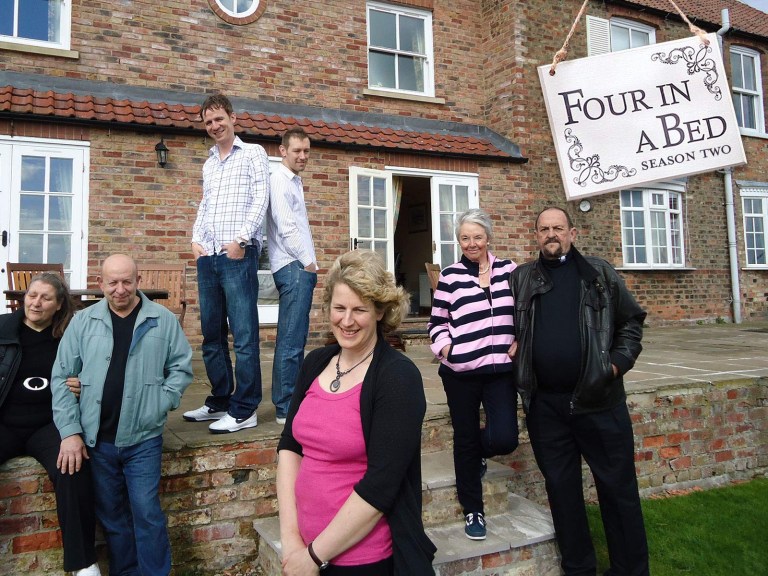 Four in a Bed has attracted all kinds of characters over the years (Picture: Channel 4)

‘I didn’t expect it to be as utterly exhausting as it was. The process takes two weeks,’ Neale said, discussing the logistics of the filming itself.

‘When you’re filming and you walk into a building, for example, you have to go in 10 times. And then they film you again, from the inside coming in.’

‘It all took five times as long as we would have expected it to. We must have been having breakfast at about 10 o’clock in the morning. We’d be traveling places, doing things, and having dinners in the evening.’

Even when you finally sit down to eat, there’s no guarantee you’ll get your food

‘The first meal that they were filming, they had us all together. That was about 10.30pm at night,’ Neale said.

‘I was literally furious about that meal because I was starving, and the waitress came in and put the food down in front of me and [the director] said, “Alright, pick that up and put that down again” and I said, ‘No!”

Just give the man his food, jeez…

What actually happens before a day of filming? 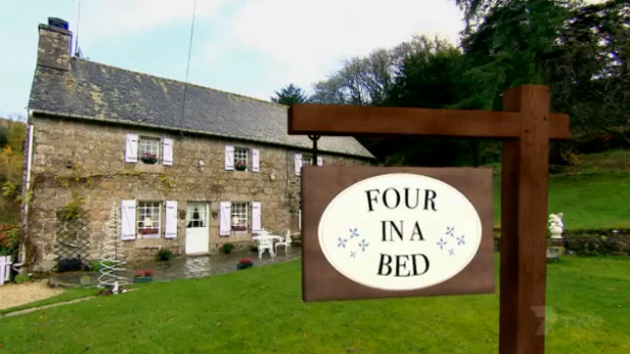 The show has been on our screens since 2010 (Picture: Channel 4)

The first thing you do is you travel to a hotel near where you’re going to film the next day,’ Neale said. ‘You’re not told the name or even the location of the place that you’ll be staying at. They keep that secret all the way through.

‘Then they come and pick you up in the morning, mic you up and put a camera in the car. Then you just have to follow them and you drive round and round the area.’

‘That gives them all the shots of your conversations, but they are prompting you by the little walkie talkie you’ve got in the car, before you get to the venue.’

The money in the envelopes? That’s the contestants real money

‘We had to put our own money into the envelopes when we actually paid what we thought the room was worth,’ Julie said.

It’s not all bad, though, as they get the money back eventually.

‘But then you pay that money back from them. I think they said there’s some sort of contractual thing that you can make your own money. But then they pay you back whenever you pay the hotel.’

You need thick skin to take the criticism

The feedback from the other B&B owners can be tough to take.

‘Some people take criticism much better than others,’ Neale said. ‘And if it’s constructive criticism and people take it well, I think that really signs through on the show.’

However, some of the feedback ‘really, really annoyed’ them at the time – so, they advise people not to go on if they can’t handle it.

Expect lots of negativity on social media, too 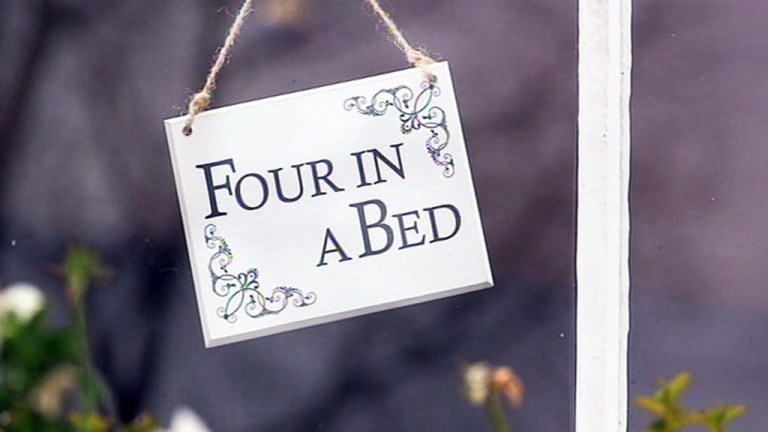 Thinking of going on the series? Take on Neale and Julie’s advice (Picture: Channel 4)

Sadly, Neale and Julie experienced horrible comments online after the episode aired, and they warned people to be aware of the possible pushback on social media before taking part.

‘We did get quite some nasty comments from people. Really, really nasty,’ Julie said. ‘People will really got quite angry about [our veggie policy].’

What advice do they have for people thinking of going on Four in a Bed?

If the couple have any words of wisdom, it’s to make sure owners aren’t going on the show too early in their B&B career.

‘Get your house in order first and just make sure you know what you’re doing,’ Neale said. ‘Make sure you’ve got your business running as you want it, that you’re happy with the way it’s working.’

It’s also really important to bear in mind how you are going to be perceived on screen, too.

Julie added: ‘Just to be a bit mindful about how you’re coming across. Because even if you win it, if you’re being an idiot, or a bit of a bully or a game player or something, people are still not going to come and stay with you.’

Four in a Bed is available to watch on All4.