It’s been nearly three years since Take Me Out was last on our screens, and we’ll be honest – Saturday night TV just hasn’t been the same since.

The show was peak viewing for millions of reality dating fans around the country in the nine years it was on, with Paddy McGuinness playing matchmaker in his first big stint as a presenter on prime time telly.

The set up was simple – single men would reveal themselves (not in that way) and attempt to bag themselves a date with a contestant from a group of single women (aka the flirty 30).

The only thing is, if the women don’t like what they see, they turn off their lights and make themselves unavailable. No likey? No lighty, indeed.

But if they were successful, they’d win themselves a date on the isle of Fernandos, and the chance for romance to blossom.

It was classic Saturday night telly, but what was it really like to be a contestant on the show?

We spoke to former Take Me Out stars Adam Ryan and Bonnie Stainer to find out. Let the questions, see the answers…

How did you get on the show in the first place? 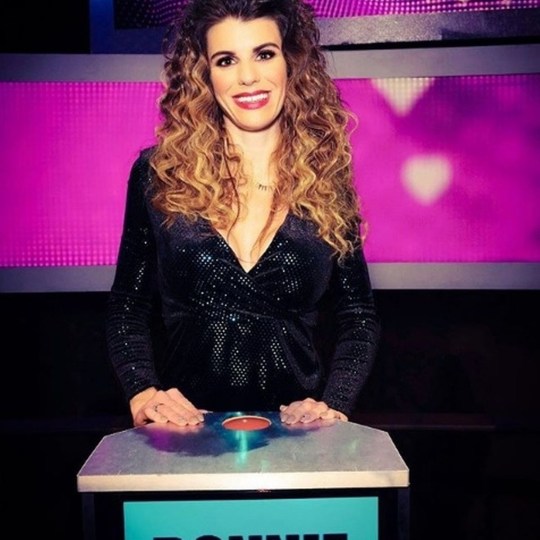 Bonnie appeared on the show after taking advice from her friends (Picture: ITV)

‘Back in 2017, I was single,’ Bonnie said, talking about her spontaneous application for the series. ‘My friends said Take Me Out were looking for contestants. So I just thought, why not. I randomly pinged them an email not expecting to hear back and they replied the same day.

‘We went through a series of Skype calls, which are basically auditions, and then they invited me up to a hotel in Cardiff. I had a face to face audition there, where they basically had to pretend we were on a TV show and do what we would do if we were actually on it.’

Being on the the ‘Flirty 30’ sounds like a right laugh 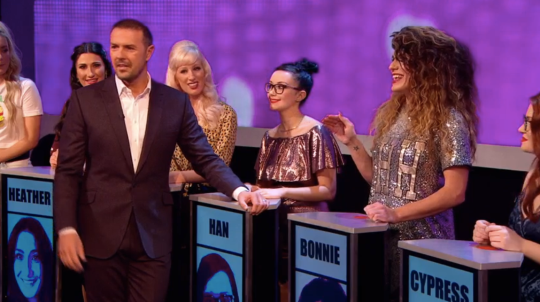 Bonnie was on the show four years ago (Picture: ITV)

The girls spent a lot of time together, and it became a really close-knit group.

Bonnie: ‘It was a really, really long day of filming. We would start at like seven o’clock in the morning, we’d all be taken on a bus or we’d all go and have breakfast together in the hotel, which was carnage.

‘We weren’t allowed to tell anybody why we were there, although I feel like it was fairly obvious. We would turn up to the studios in Maidstone and have our hair and makeup done for like hours.’

‘We had a whatsapp group that is still active where the gals, you know, catch up, let me know what they’re doing. There’s still a couple that I keep in contact with.’

How long were they on the show for? 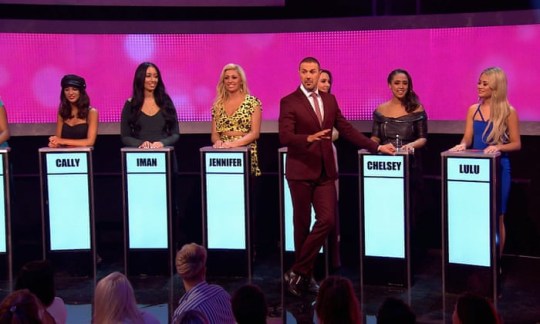 ‘We filmed one episode a day,’ Bonnie said. ‘And then after a couple of days, you’d have a day off. We were allowed to just kind of hang out but we were under very strict rules, you know, and told not to get drunk and not to kind of get in any trouble. It would all start again after a day off and we’re doing another episode. I was there for eight days in total.’

What’s it like for the lads behind the scenes? 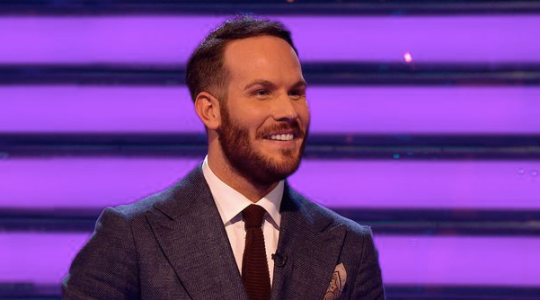 Adam bagged himself a date on the programme (Picture: ITV)

‘You do a bit of rehearsal,’ Adam said. ‘So you do your thing where you come down the lift and practice your dance. So there’s a little bit of practice going on before you actually do the real thing.

Paddy is an absolute ledge, obviously 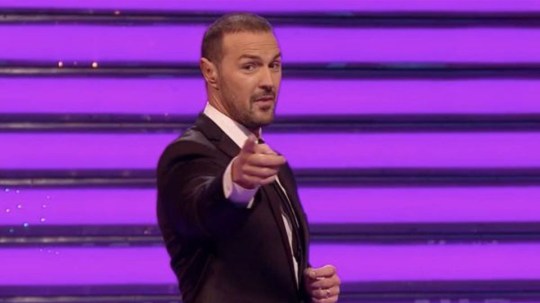 The host did a lot of hard work backstage (Picture: ITV)

Both of the contestants had nothing but kind words to say about Paddy, who really did his homework behind the scenes.

‘He’s incredible,’ Bonnie said. ‘Paddy is everything and more than what you kind of see on TV. He is extremely hard working, so good at his job. He had this massive book, like a Take Me Out bible. It was about 100 pages long, and it had information about every single one of the girls in it.’

Bonnie added: ‘He knew all of it, so he had clearly been studying the book. When he went to set he would know I was Bonnie, I’m from Devon, I’m a single mom, I’m a DJ… he would know the key points about everyone. He was great. Just a lovely guy.’

Every recording was a hoot 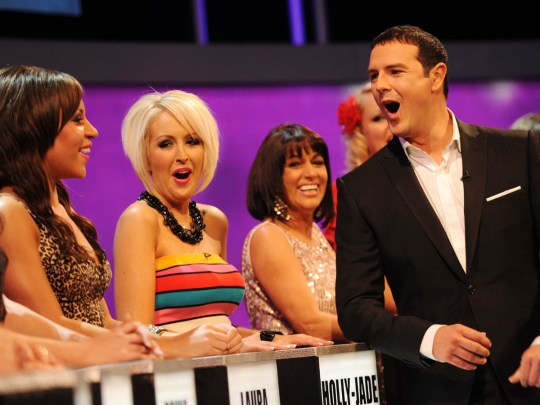 ‘It was like a party, honestly,’ Bonnie told us. ‘At the beginning we would have a warm up guy. I’d really be singing and dancing and in the break in between shoots you know, they’d put on like a Bruno Mars Uptown Funk and we danced behind the podiums. It was a proper crowd pleaser. 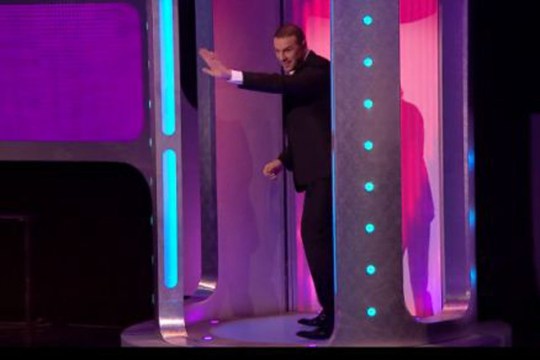 We can only imagine the nerves as the lift goes down (Picture: ITV)

The lift entrances were the highlights of every episode – and it’s even more mortifying than you’d imagine.

‘It’s the most daunting, exciting, scary thing I’ve ever done,’ Adam said. ‘There’s like 1000 people in the studio and then you’ve got 30 girls as well.’

‘When we were filming, things weren’t always done in one take,’ Bonnie said. ‘So the guy might ask the question, like “If you were a piece of fruit, which piece of fruit would you be and why?” or whatever. You’ve probably answered it three times by the time they’ve got the recording right, so you’re a bit more confident with how you’re answering it.’

So you’ve bagged yourself a date on the Isle of Fernandos, what happens next?

‘You don’t see behind the scenes, but you fly really early. Then you’re filming all day, and you’re drinking all day. So you can imagine what you’re like by the end,’ Adam said.

‘You stay in a villa with everybody that’s been on their date and other couples, and you can get to know other people on dates if you like. Yeah, it’s at that point where you can have a drink.’

The dates out there are super awkward 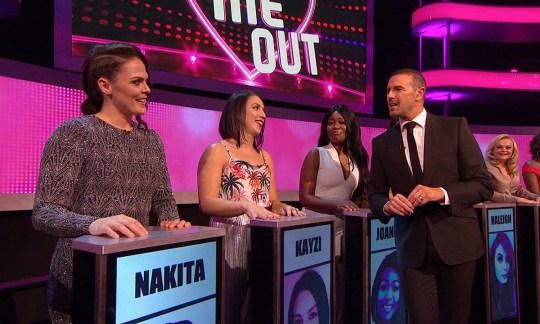 Is the show ready for a comeback? (Picture: ITV)

As it turns out, having a huge crew and a camera in your face isn’t conducive to a good date.

‘When you’re on camera talking, because there’s a camera, you’re not natural. So when they go “Cut”, you try and talk to the person you’re on a date with. But the producers stop you, because they don’t want you to get to know each other too well off camera.

‘They want it to flow naturally on camera. So the conversations were much, much better off camera than they were on camera.’ 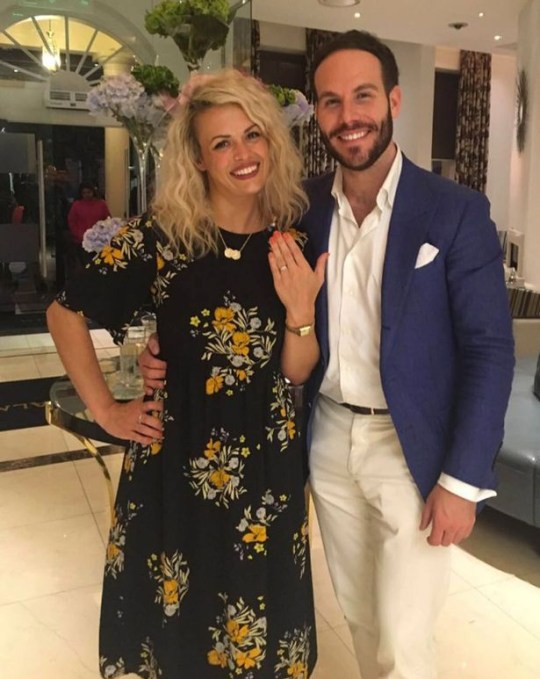 Adam met Becki on the show – but he didn’t choose her at first (Picture: Instagram / Adam Ryan)

Adam didn’t hit it off with his date, but he still ended up having one of the most incredible stories in the show’s history.

The reason? The other girl he ended up choosing in the final two, he actually ended up marrying and having a family with.

‘It didn’t work out on her date over there, so when she came back we went on a date which was incredible.’