WITH the cold lonely nights that lockdown brings to many Brits, fear not, First Dates is back.

Fred Sirieix and his team are back to help the UK’s singletons – and in a change of scenery, they will be hoping to bring romantic dinners to Manchester in their new restaurant.

First Dates is back with a new restaurant and some new (and old) facesCredit: Channel 4 / Dave King

What time is First Dates on TV tonight?

First Dates is back for series 16 – and continues tonight (Tuesday, February 23) from 10pm.

The show kicked off on January 19 on Channel 4.

The hit series will once again be matching singletons of all ages with their perfect partner over a gourmet meal.

You can catch up with all the past episodes now on the Channel 4 website, or if you have a BritBox subscription you can watch them ad free.

Where is the new series of First Dates filmed?

Maître d’ Fred is once again ready to play Cupid, supported by his team, which includes some new local faces, as they welcome an array of singletons all hoping to be served the love of their lives.

This is the first chance for fans to see inside the brand new restaurant in Manchester, with Fred, Merlin, CiCi and Grant joined by some brand new members of the team – an exciting moment in First Dates history!

The new series has the same warm, moving and often very funny moments that viewers love about First Dates, with Fred and his waiting team on hand to look after each guest.

Who are the restaurant’s new staff members?

The new series welcomes some new faces to the show.

There are three new staff members who will be working under the fantastic Fred. 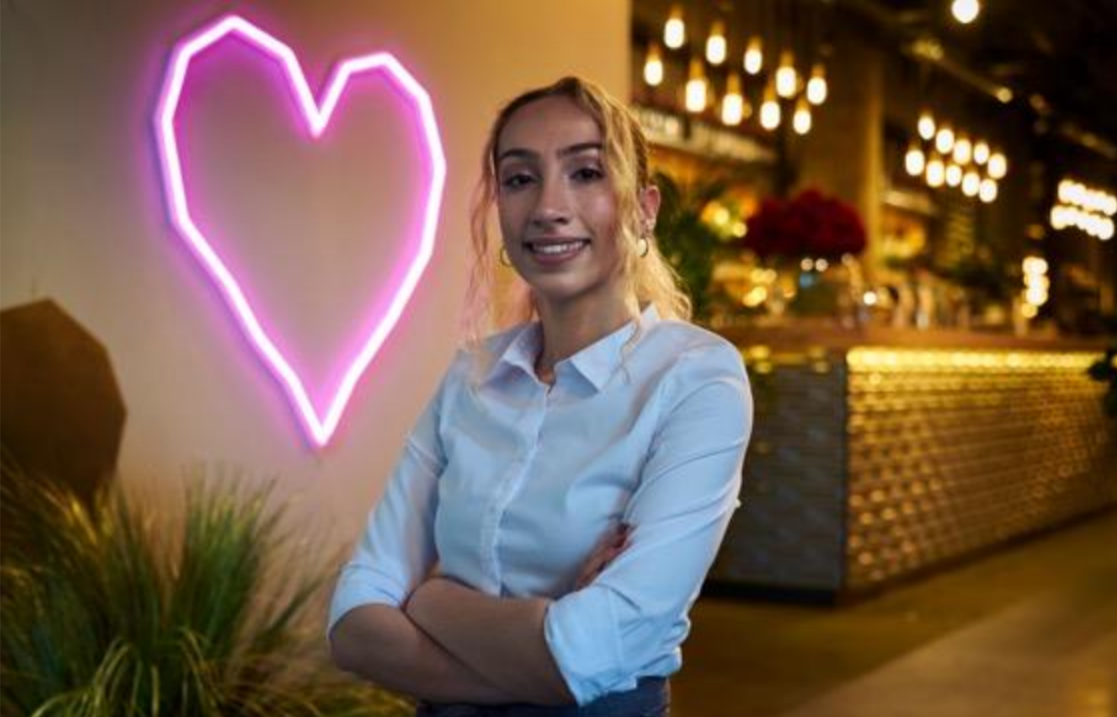 Daniella is the new waitress in town on First DatesCredit: Channel 4 / Dave King

25-year-old Daniella is a born and bred Mancunian and has worked in the hospitality industry since her teens.

Daniella says she loves working in bars and restaurants especially as she loves the buzz of always being busy, but also being able to speak to people from all walks of life.

Speaking about working with the First Dates team she said: “Fred’s great, he’s so funny but you can tell he’s totally invested in the dates.

“I’ve had such an amazing time with him and the team.”

28-year-old David describes himself as a fabulous Scouser and has a silver service background.

The waiter has worked as a host for The Ivy in London where he
regularly looked after celebrity guests.

He studied fashion design at Salford university and is currently working on launching his own fashion brand.

David loves to have a laugh with the daters in the restaurant and aims to lift the energy to maximise the “love in the air”.

Speaking about joining the team, David said: “I think it is a great opportunity to show the viewing public how friendly and fab we are.”

Fiona will be mixing the drinks with Merlin on First DatesCredit: Channel 4 / Dave King

30-year-old Fiona joins Merlin behind the bar, which is a first for First Dates.

She is familiar with Manchester, having lived in the city previously for 6
years.

Fiona has experience working in bars and restaurants but now, alongside
working in the new First Dates restaurant, has a career in advertising.

Fiona has also worked as a model, having done fashion shows in Paris,
Barcelona and New York in the past.

She has joined the First Dates restaurant team and will be serving drinks
from the new bar and getting juicy gossip out of our daters.

Speaking about being on the show she said: “It’s fab that the series has moved to Manchester, it’s such a vibrant city and I think one of the best in the UK… but then maybe I’m biased being a northerner.”