Devi and the gang are back for another series of chaos (Picture: Netflix)

Never Have I Ever is back for another season, and fans can’t wait to see what lies ahead for Devi and the Sherman Oaks squad.

From the minds of Mindy Kaling and Lang Fisher, the Netflix comedy picks up right where we left off as viewers follow Indian-American teen Devi Vishwakumar (Maitreyi Ramakrishnan) navigating school, love, and family in her own unique style.

But this time round…. she has boyfriend Paxton Hall-Yoshida (Darren Barnet) by her side.

And yes, tennis legend John McEnroe will be serving his usual witty commentary.

Since its release, the show has been praised for the diversity of the cast and the focus on representation.

But for those who can’t remember what went down in season two, here’s a recap to get you up to speed.

What happened in Never Have I Ever season 2? 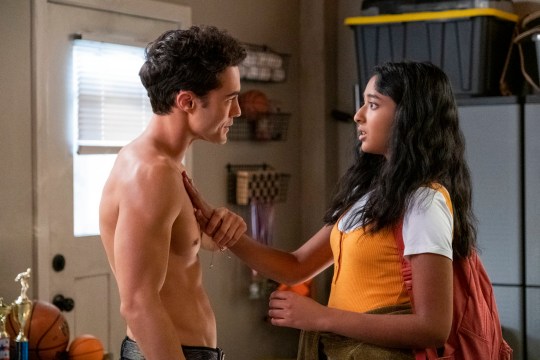 The end of season two marked the beginning of Daxton (Picture: LARA SOLANKI/NETFLIX)

Paxton quickly drops the bomb on Devi that he is also interested in her, and struggling to choose between the pair, she thought the only thing she could do was date the both of them at the same time.

What could possibly go wrong

But Devi being Devi wasn’t able to keep up the pretence for much longer, and Paxton and Ben decided to dump her.

Elsewhere, Nalini was adamant to move daughter Devi back to India, but after a brief visit she decides to compromise by bringing Devi’s grandmother Nirmala (Ranjita Chakravarty) to live with them in California. 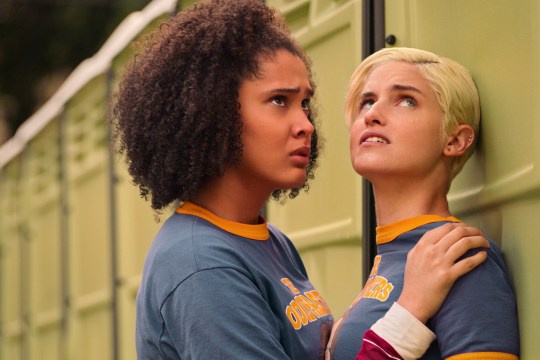 Fabiola and Eve also got together (Picture: COURTESY OF NETFLIX) 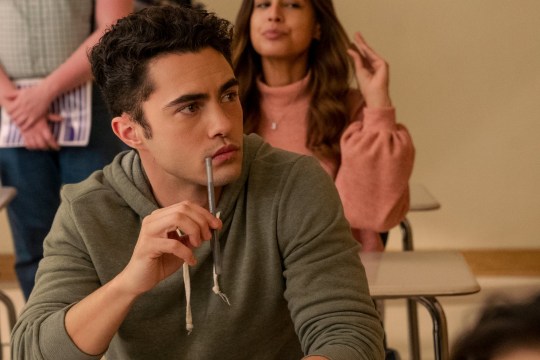 Tension started building between Devi and her mother after she spotted Nalini getting close to her colleague Dr. Chris Jackson (Common).

Devi’s trauma of seeing her dad Mohan (Sendhil Ramamurthy) die in front of her has been the underlying theme of seasons one and two, and has been trying to get to the root of her issues with therapist Dr. Jamie Ryan(Niecy Nash).

As for Devi’s friends, Fabiola Torres (Lee Rodriguez) was struggling with her intense feelings for classmate Eve Hjelm, (Christina Kartchner) but with Devi and Eleanor Wong’s (Ramona Young) help – she embraced her sexuality and told Eve that she was in love with her. 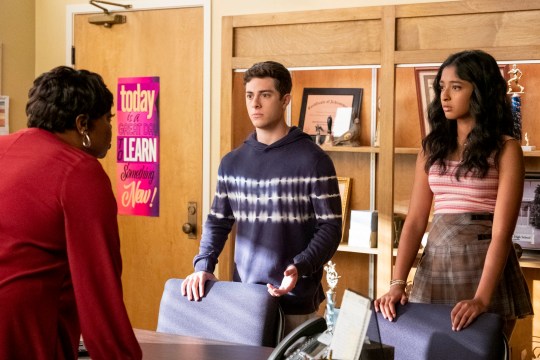 What could season three mean for Devi and Ben? (Picture: AP)

After he found out Devi was seeing Paxton while seeing him, Ben gives her the silent treatment and envy quickly took over after a new Indian girl named Aneesa (Megan Suri) arrived and instantly connected with Ben.

In an attempt to make amends, Devi agrees to tutor Paxton and after he scores a good grade on an important assignment, his feelings for Devi return and he asks her to be his girlfriend at the school prom.

But while they kiss on the dance floor, the series ends with a hurt Ben watching on.

When is season 3 released on Netflix?

The third chapter of Never Have I Ever drops on Netflix on Friday August 12.

Each episode is roughly 20 to 30 minutes long which makes it easier to binge watch in a day.

The programme has been renewed for season four, but creator Mindy confirmed that the fourth installment will be the final one.

The Mindy Project frontwoman and producer has previously shared how shocked she was by the massive success of the first series, which dropped two years ago.

‘I’m truly in shock,’ Mindy wrote on Instagram at the time. ‘ I can’t believe that our show about a complicated little Indian family has been seen by this many people.

‘The entire cast and crew are so grateful to you for making us #1 around the world on Netflix. We love you guys! Thank you!’

Never Have I Ever season 3 premieres Friday August 12 on Netflix.