IF someone told you ten years ago what life would be like in 2021, it would probably have sounded like the setting of a dystopian disaster movie.

And it turns out some films made decades ago which are set in 2021 came disturbingly close to reality – with more than one including a pandemic. 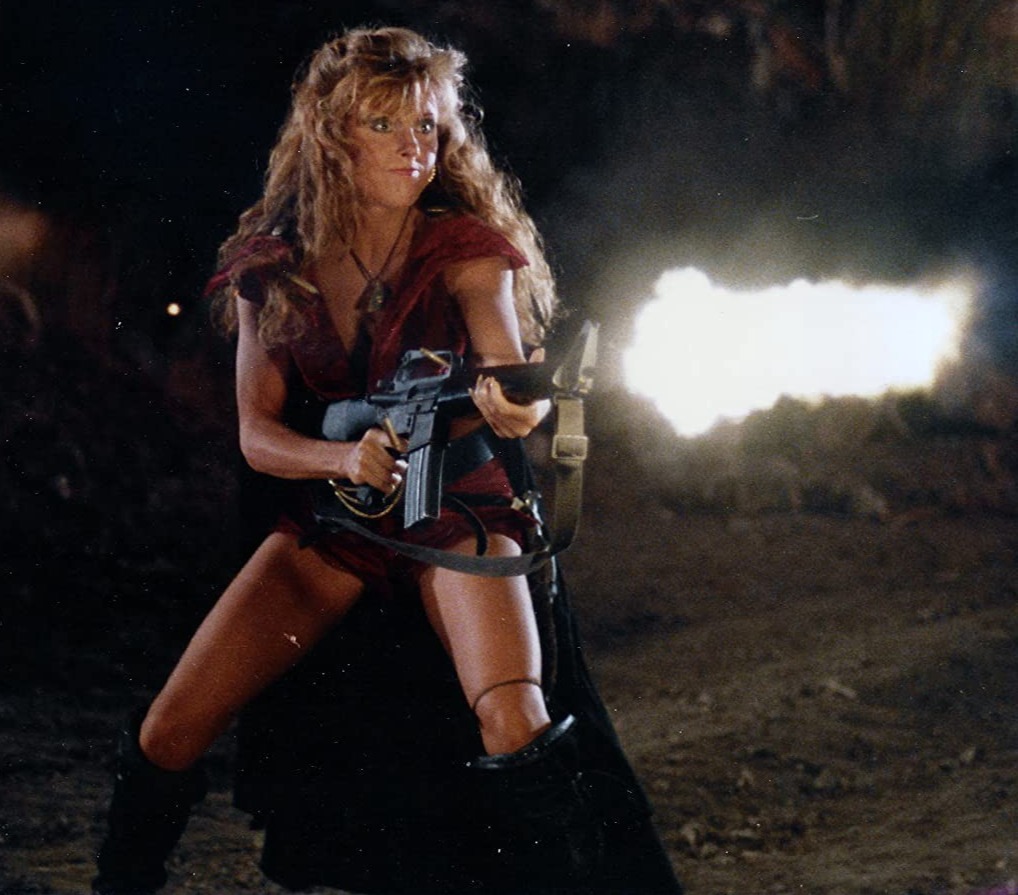 The Sisterhood (1988) is one of several films to portray 2021 as a nightmarish, violent dystopiaCredit: Jadestar Films 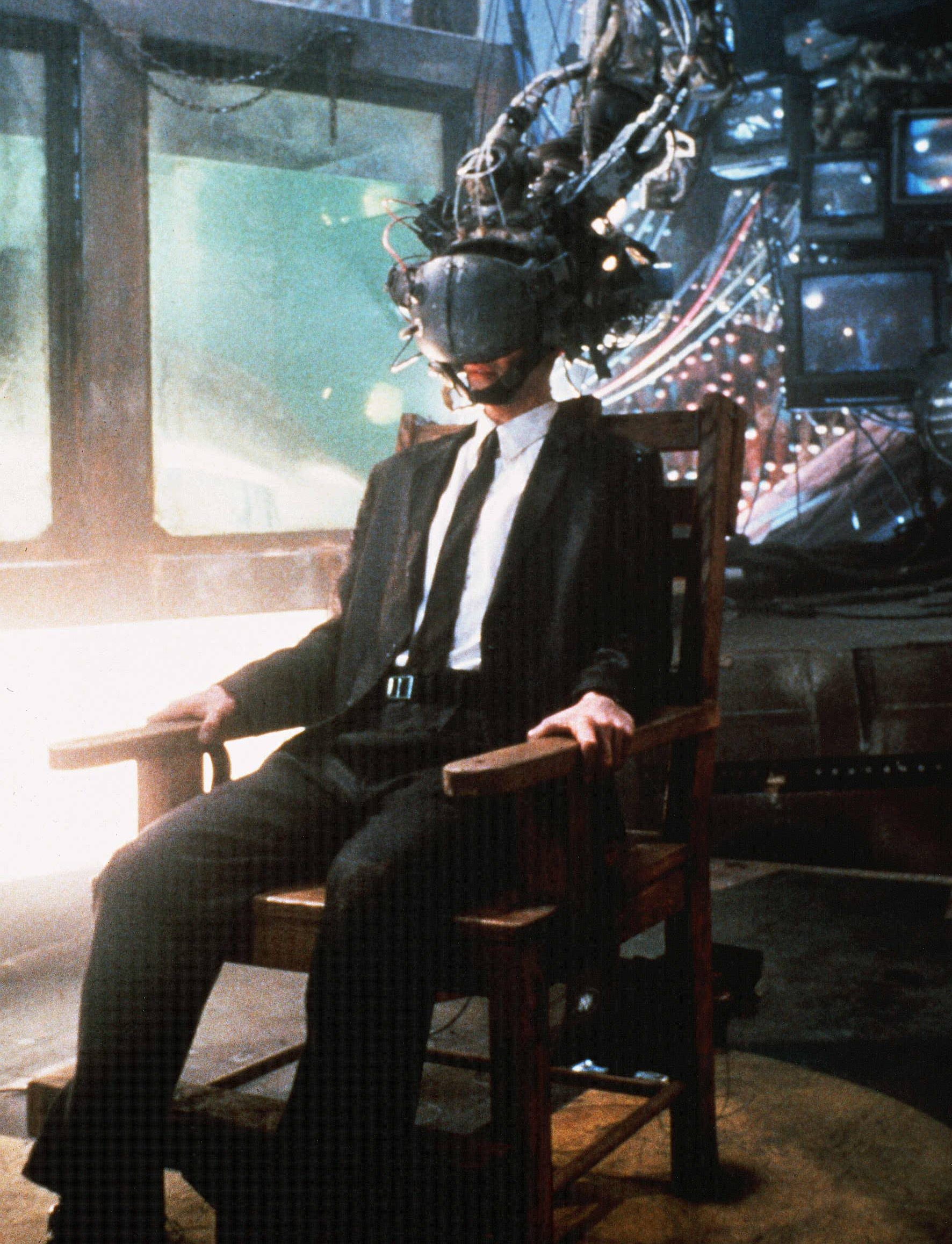 Some predictions, like the VR technology in Johnny Mnemonic (1995), are pretty accurateCredit: Kobal Collection – Rex Features

Some thought we’d be in the grips of post-apocalyptic catastrophe at this point, and others painted 2021 as an ongoing alien-infested horror show.

While experts reckon this year really could be a belter for revelations about UFOs, there’s no need to stock up on tin-foil for hat-making purposes just yet.

And though many films thought society would’ve completely collapsed by now, we’re still hanging in there – even if pub closures make it seem like the world has ended.

Here’s what films set in 2021 got right and wrong – from spookily accurate predictions about tech to wildly dark visions of tribal warfare.

Keanu Reeves is probably best known for dodging bullets and liberating humanity from a computer-generated dream world in The Matrix, which is set in 2199.

But years before he played Neo, Reeves starred in a dystopian film set in 2021 called Johnny Mnemonic. 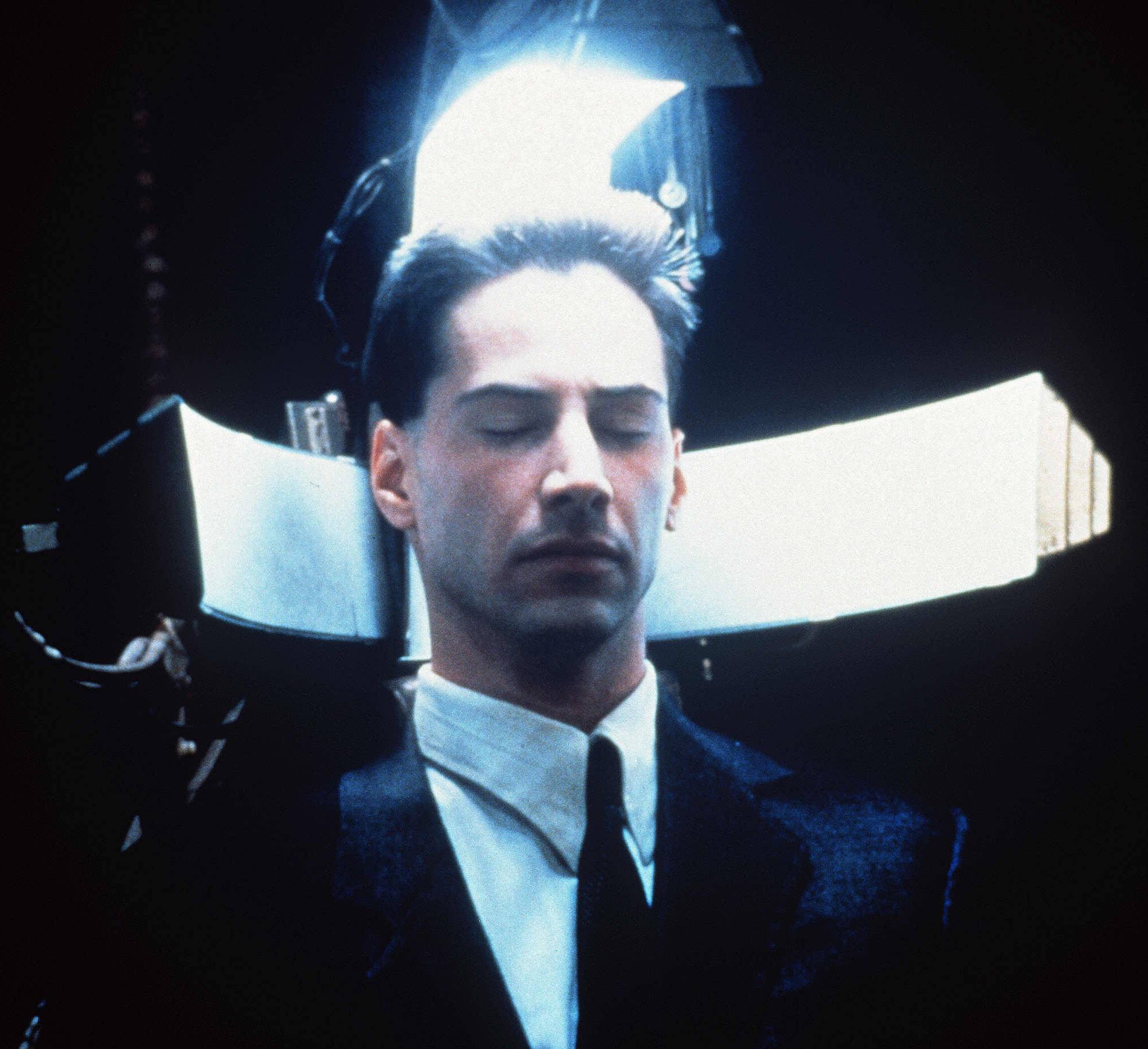 Keanu Reeves in Johnny Mnemonic – a courier who securely transports data with a chip in his headCredit: Kobal Collection – Rex Features

Reeves plays the title character – a delivery man who specialises in securely delivering data by storing it on a hard-drive implanted in his brain.

The world is ravaged by a pandemic called “nerve attenuation syndrome” or “the black shakes”, which is managed by treatments from an evil corporation called Pharmakom.

It turns out that Pharmakom has the cure for the pandemic but isn’t releasing it because they’re profiting from the ongoing disaster.

The cure is stolen and put in Johnny’s brain-chip, meaning he has to survive attacks from the Yakuza who are sent by Pharmakom to kill him before he can release the cure to the world, which he does with the help of a cybernetic dolphin. 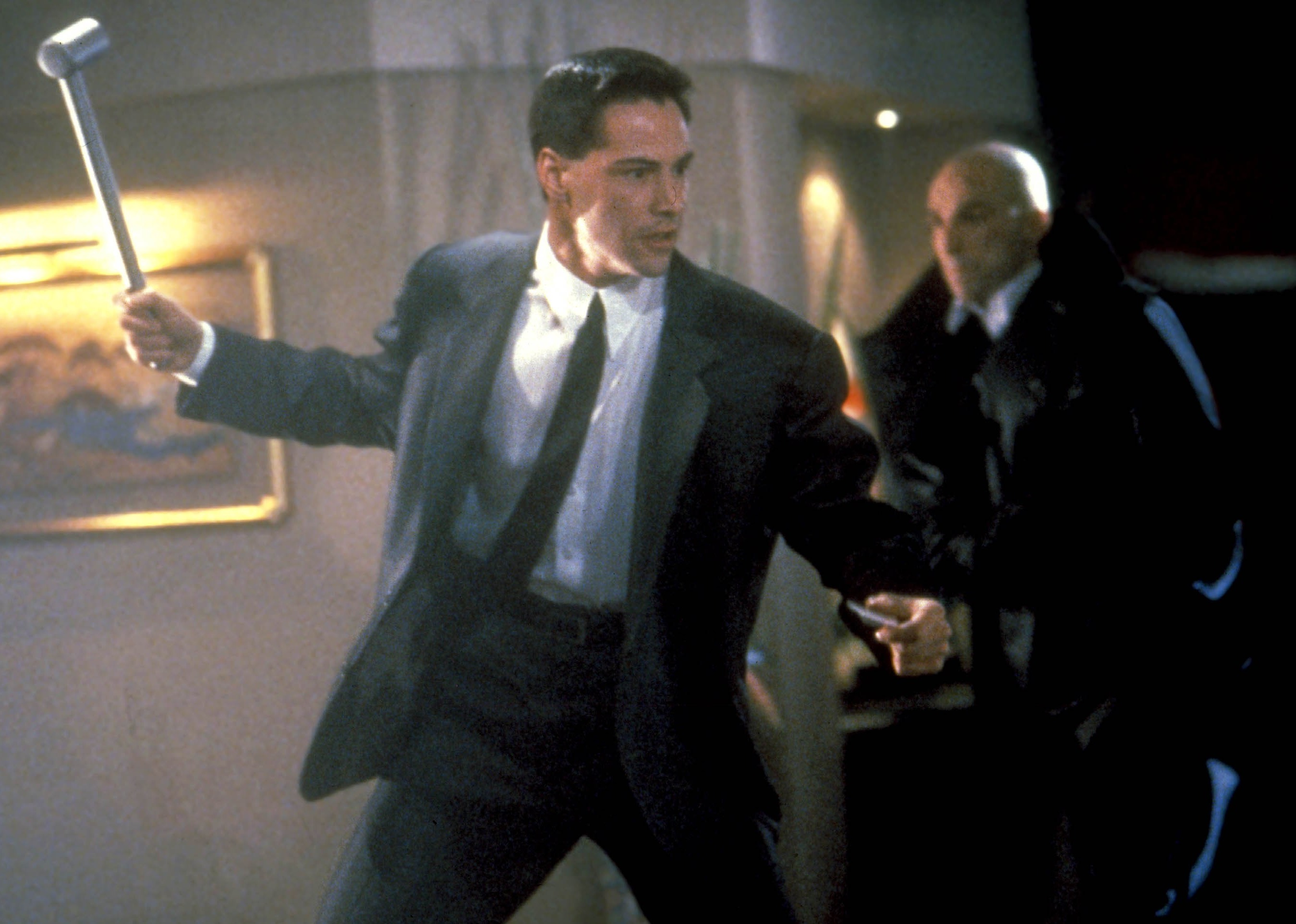 Johnny has to fight to survive in order to get the cure to the pandemic to the worldCredit: Rex Features 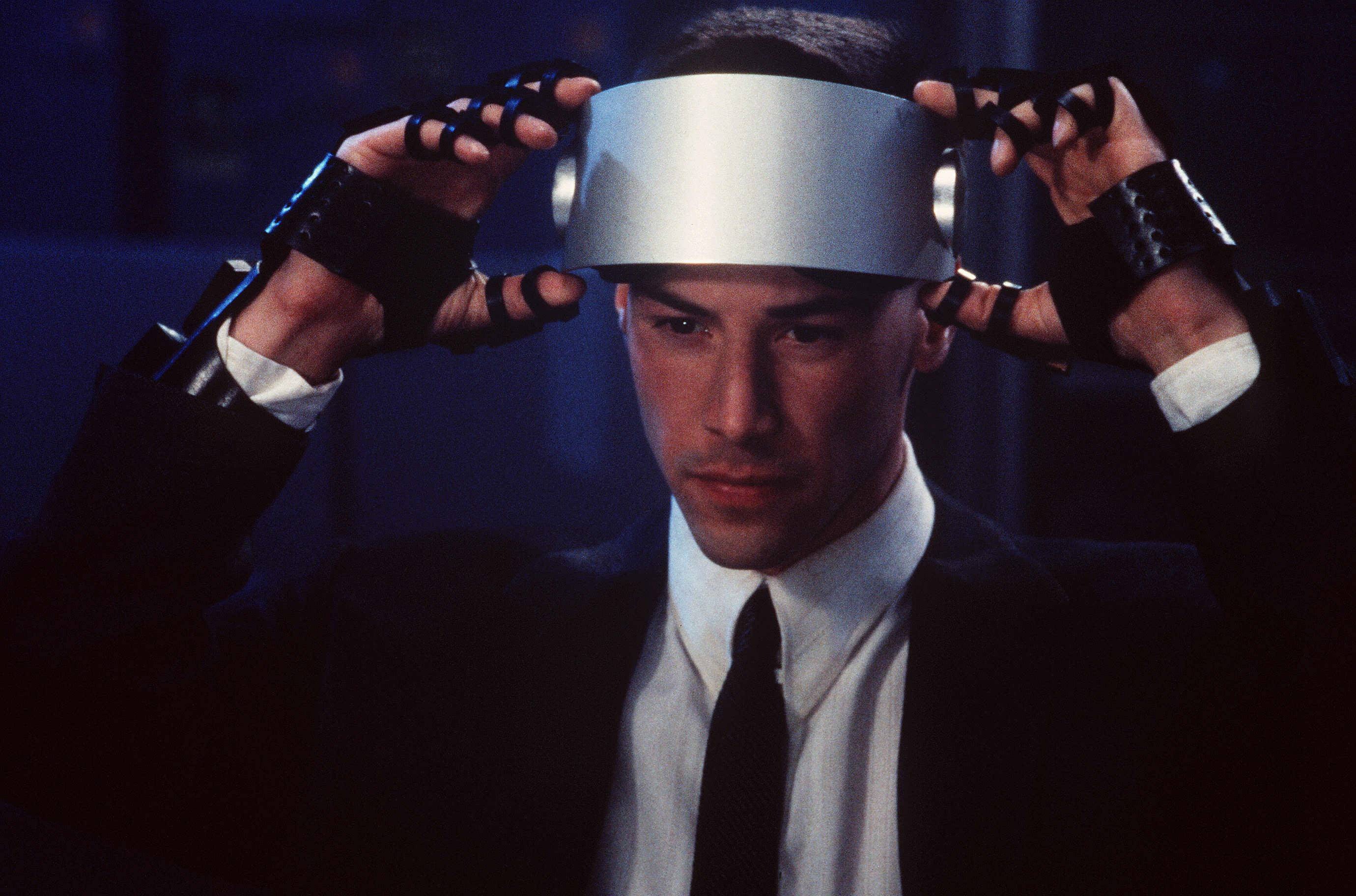 Some of the VR equipment shown in the film looks similar to what we actually use in 2021Credit: Kobal Collection – Rex Features 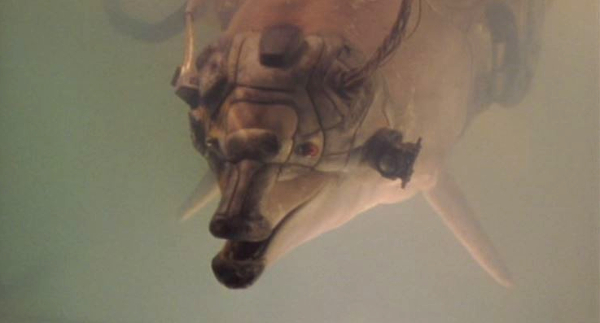 Cybernetic dolphins, on the other hand, are probably still a while awayCredit: 20th Century Fox

And while the world hasn’t been plunged into a cyberpunk dystopia, we really are in the grips of a pandemic.

But far from trying to cover up cures for Covid, pharmaceutical companies are working around the clock to get their vaccines to the world as fast as possible.

In an odd coincidence, Keanu Reeves ended up revisiting a lot of Johnny Mnemonic’s themes with the recently released video game Cyberpunk 2077 – in which he plays a digital ghost called “Johnny” trapped in someone else’s brain chip.

Johnny Mnemonic isn’t the only film to predict a pandemic in 2021.

Simon Amstell’s mockumentary comedy Carnage shows a future in which everybody is vegan, and they can’t understand how their ancestors (i.e. us) ate meat. 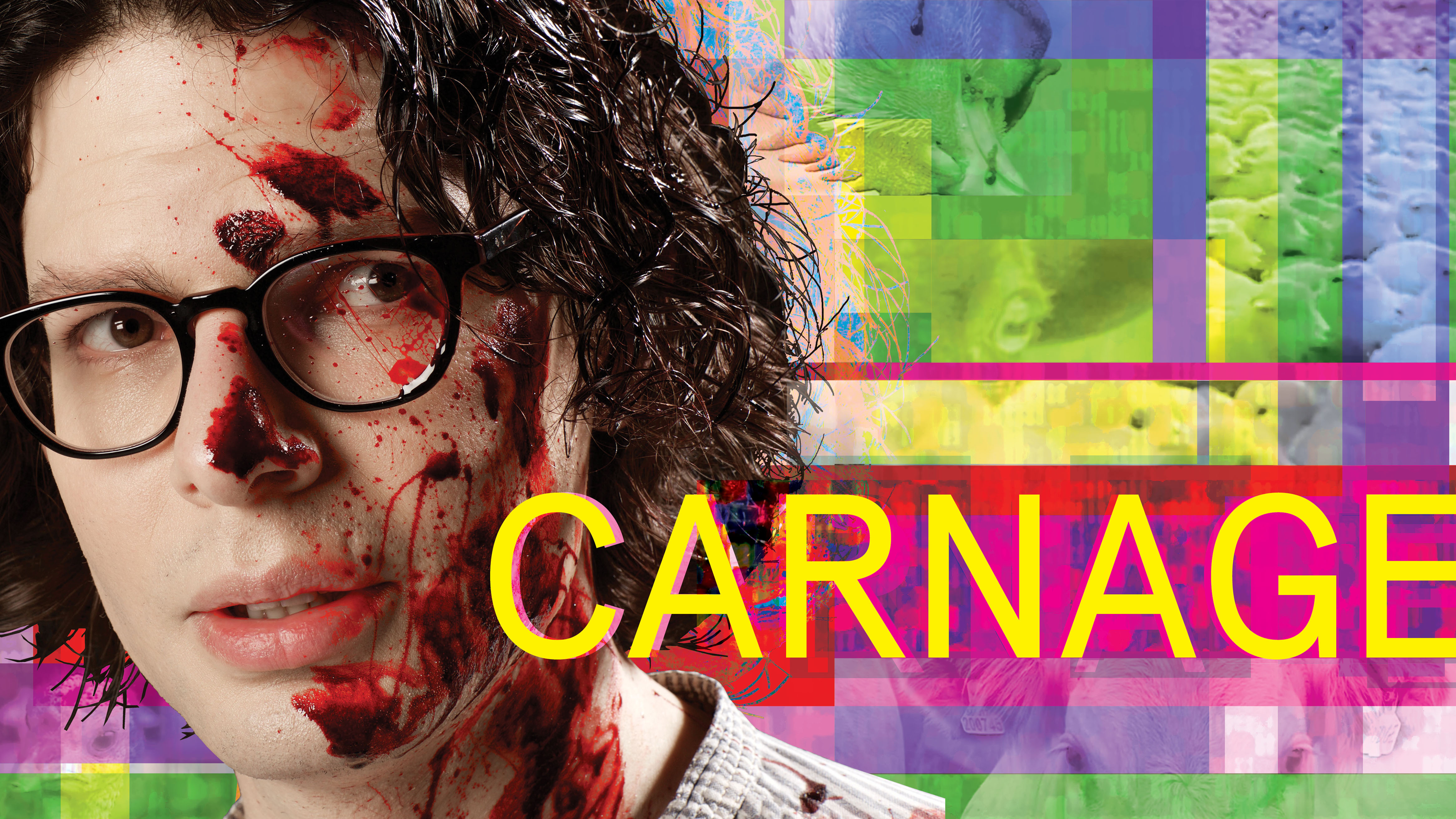 This leads to a ban on intensive farming to stop similar outbreaks recurring and the price of meat goes through the roof.

In reality, a killer pandemic has indeed come to pass and scientists are warning that more viruses like Covid are a matter of “when, not if”.

That’s thanks in part to factory farming practices which offer perfect conditions for the creation of new lethal viruses capable of becoming pandemics.

While the number of vegans in the UK quadrupled from 150,000 in 2014 to 600,000 in 2019, it still seems like it will be a very long time before any British government would consider outlawing intensive farming, or veganism becomes the norm.

Considering how long ago Moon Zero Two was made, it’s impressively close to reality in its vision of 2021.

Billed as “the first moon western”, the film shows people living in colonies on the moon.

And it also has a plot about a radically wealthy businessman seeking to mine precious minerals from an asteroid. 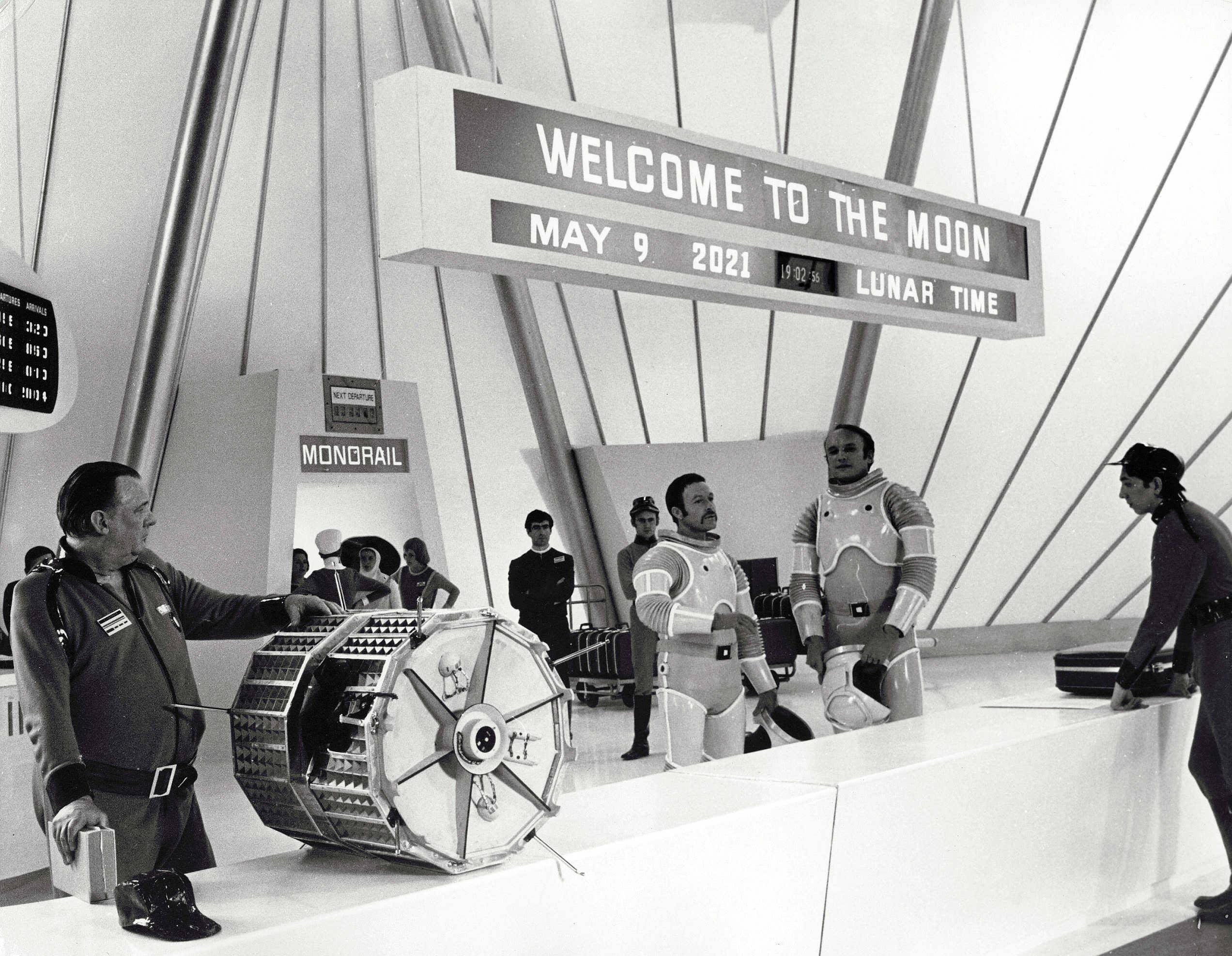 Moon Zero Two (1969) show bases on the moon – these don’t exist yet, but the information board shows we still have a few months before this image is inaccurateCredit: Kobal Collection – Rex Features 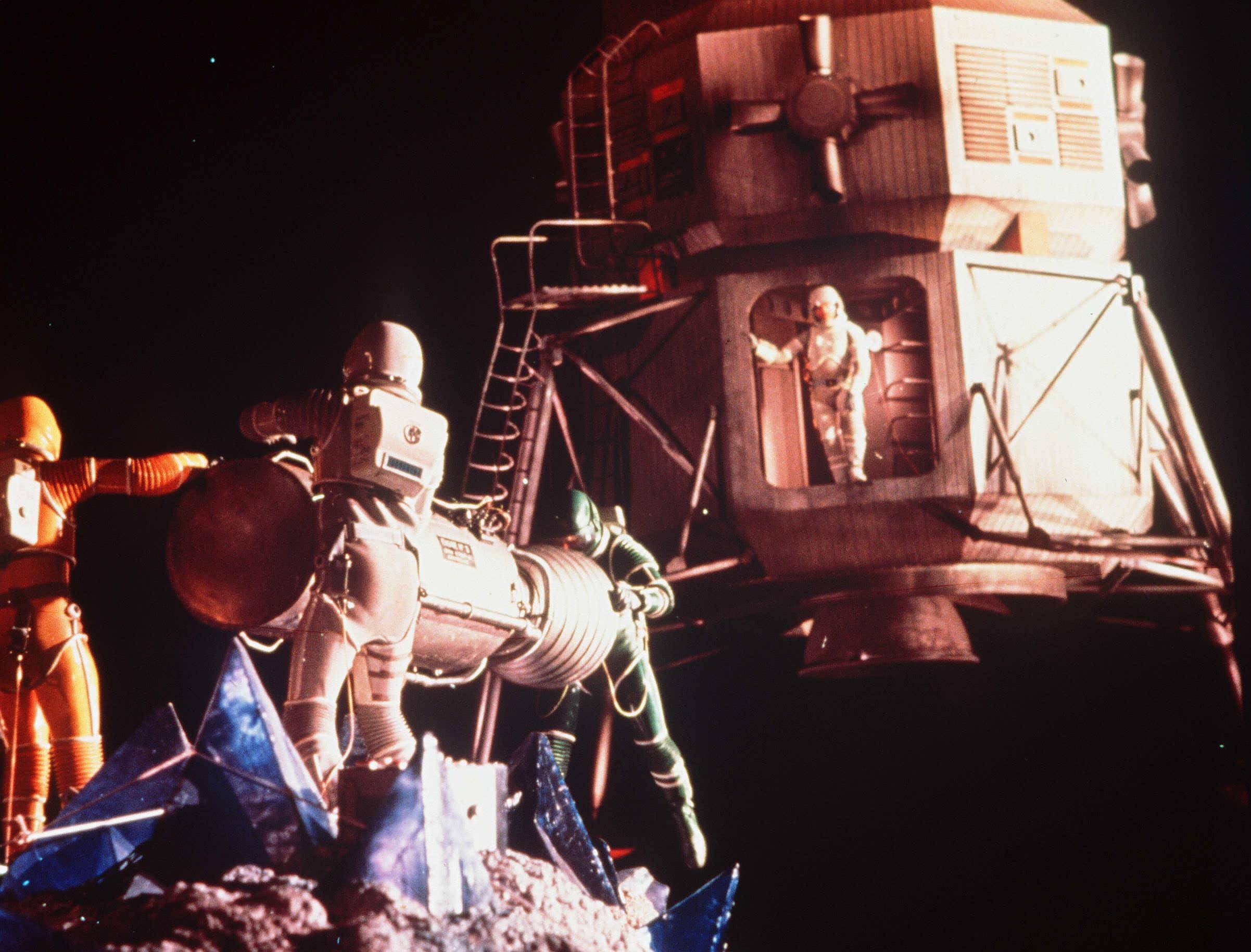 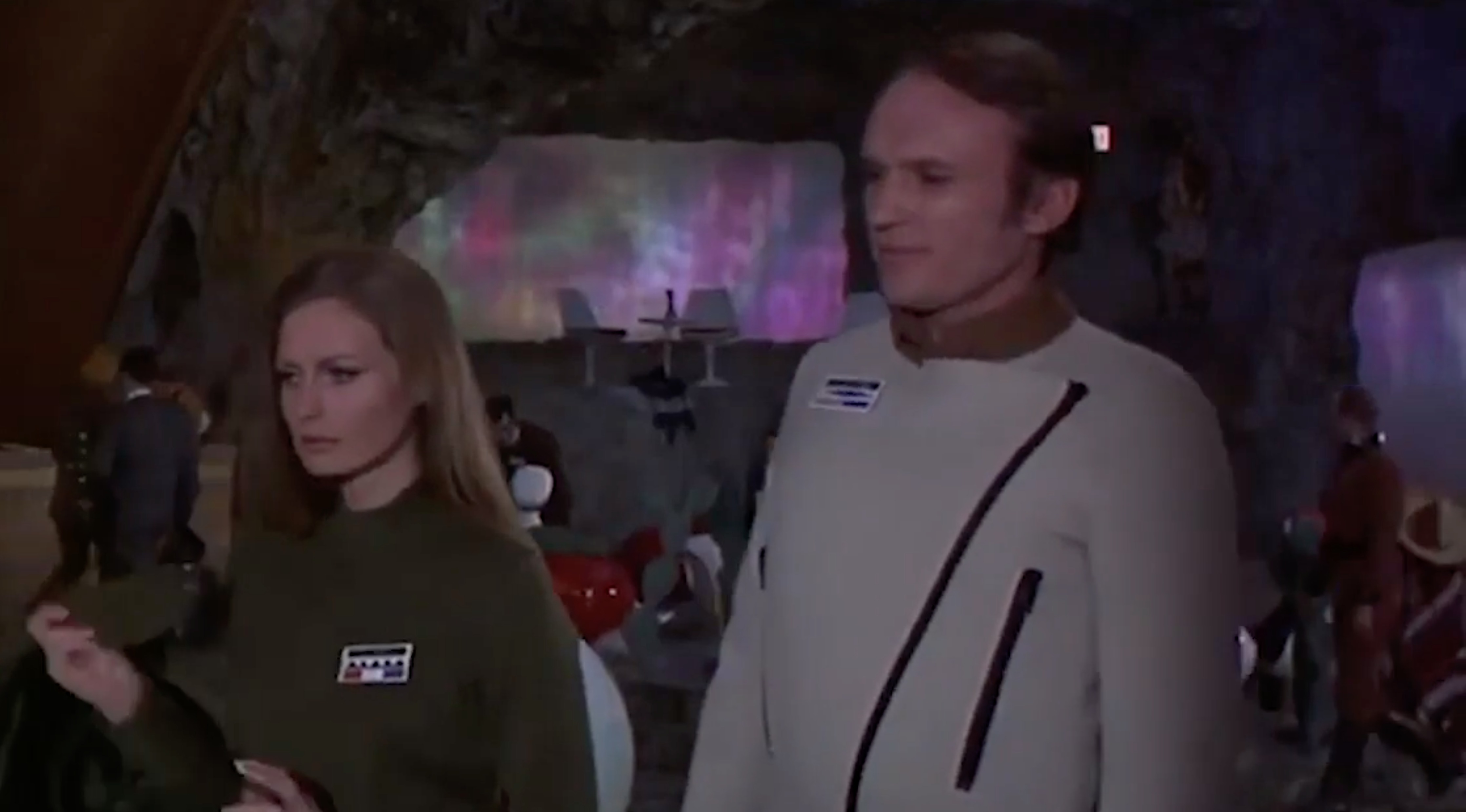 While there’s currently no human settlement on the moon, Nasa is planning to build one called the Artemis Base Camp by the end of the decade.

And although it’s not yet a reality, a space-based gold rush began when it became legal to own asteroids in 2015, making it possible for businesses to mine them when it becomes technologically practical to do so.

Futuristic mining firms Deep Space Industries and Planetary Resources both have their eyes on the 2011 UW158 asteroid, which is twice the size of the Tower of London and worth up to £4.5trillion.

The end of the world as we know it

Such is the case with romcom Seeking a Friend for the End of the World, in which a 70 mile-wide asteroid called Matilda is forecast to hit the Earth with three weeks’ warning in 2021.

Steve Carell and Keira Knightley play neighbours who spend their final days going on a road trip across America. 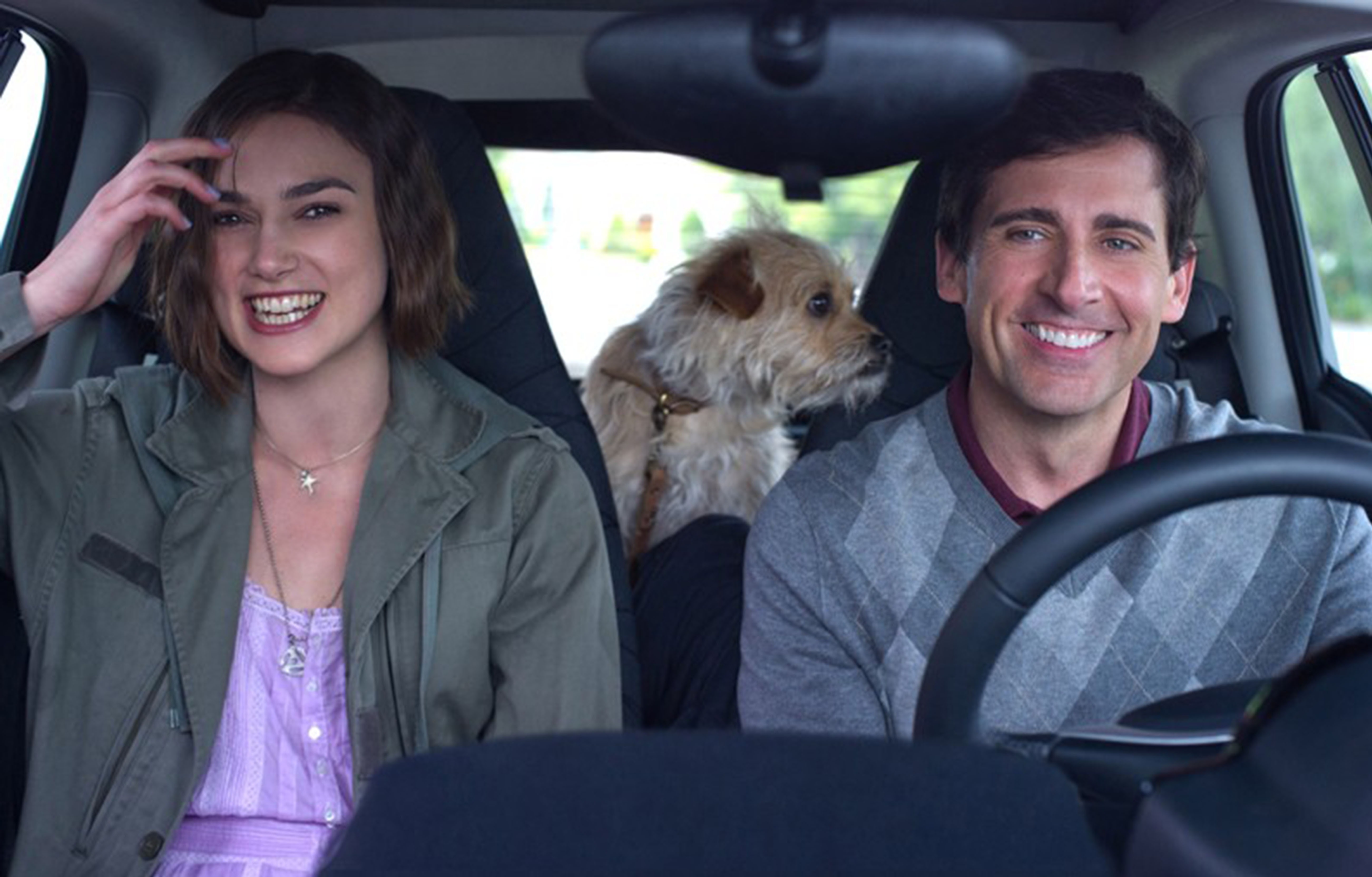 Keira Knightley and Steve Carell’s characters fall in love in the weeks before the apocalypse in Seeking a Friend for the End of the World (2012)Credit: Rex Features 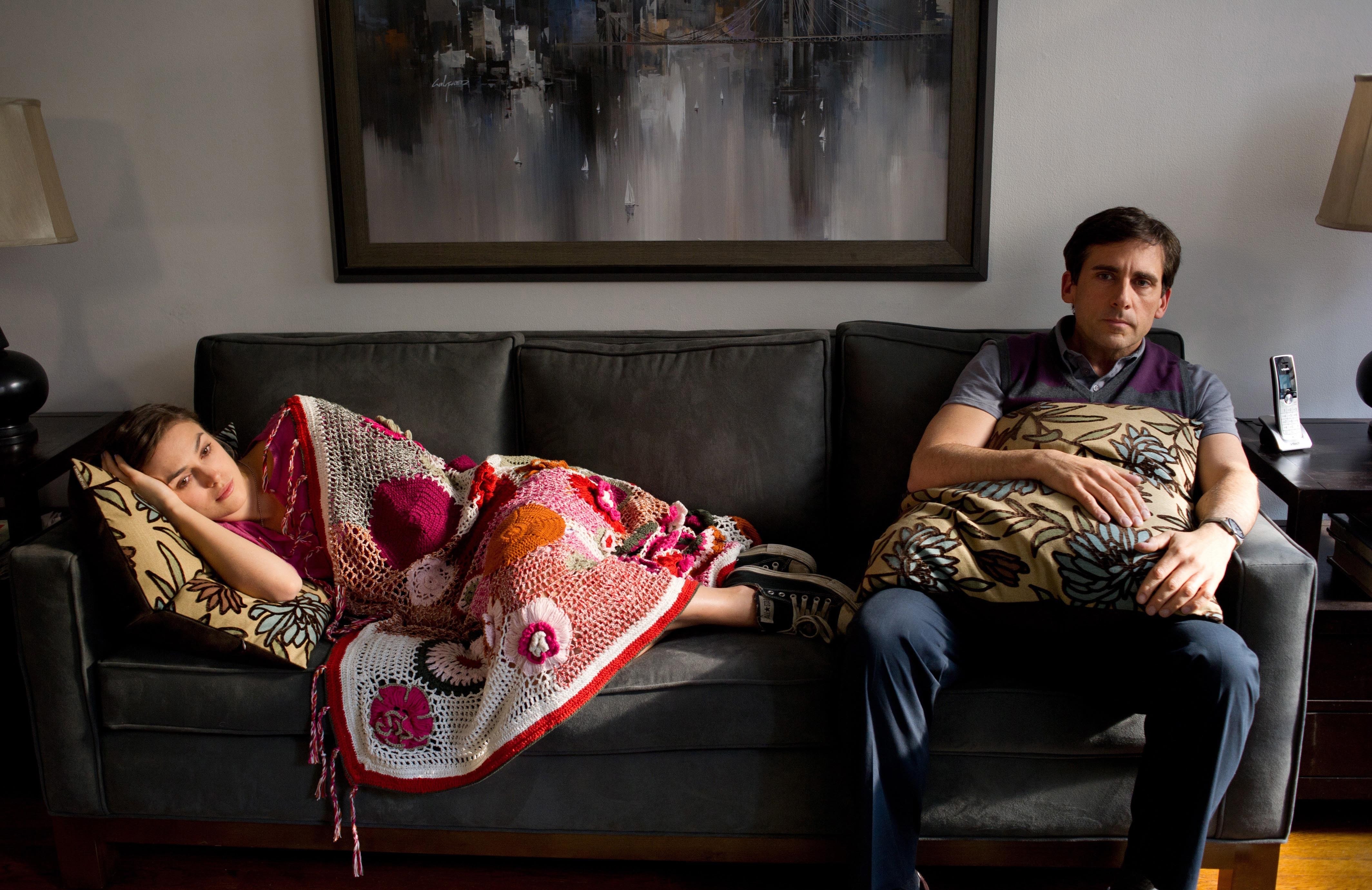 The film shows people coming to terms with an impending asteroid impact which will end all life on Earth in 2021Credit: Kobal Collection – Rex Features

While there have been some close shaves in recent years, there’s no sign of impending human extinction from an asteroid any time soon.

It’s unclear where the “dark angels” of A Quiet Place have come from.

It follows one family’s struggle to survive by attempting to live in near-total silence on an isolated farm after the collapse of society. 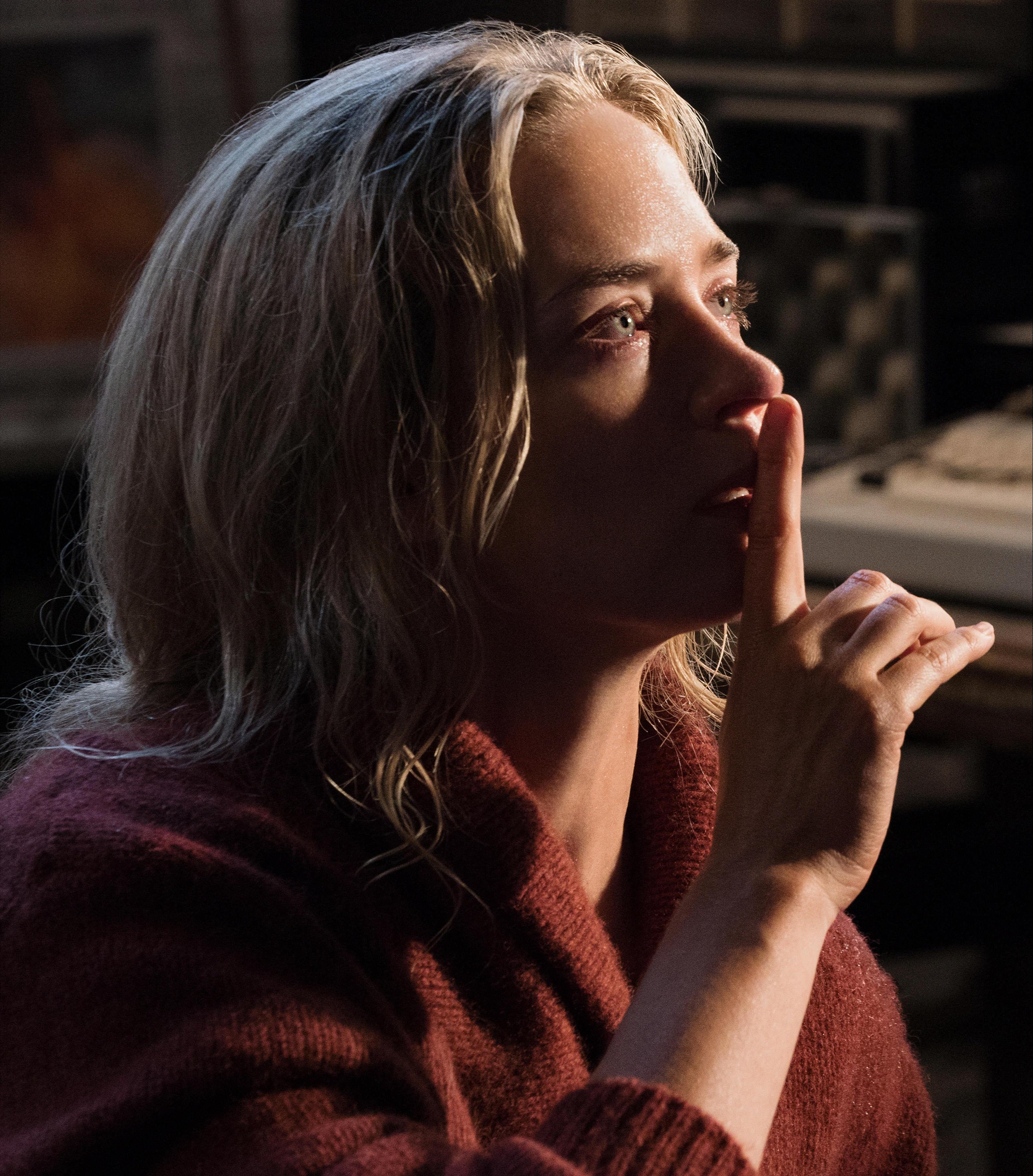 Emily Blunt in A Quiet Place (2018) – monsters kill people who make any noise in 2021Credit: Alamy 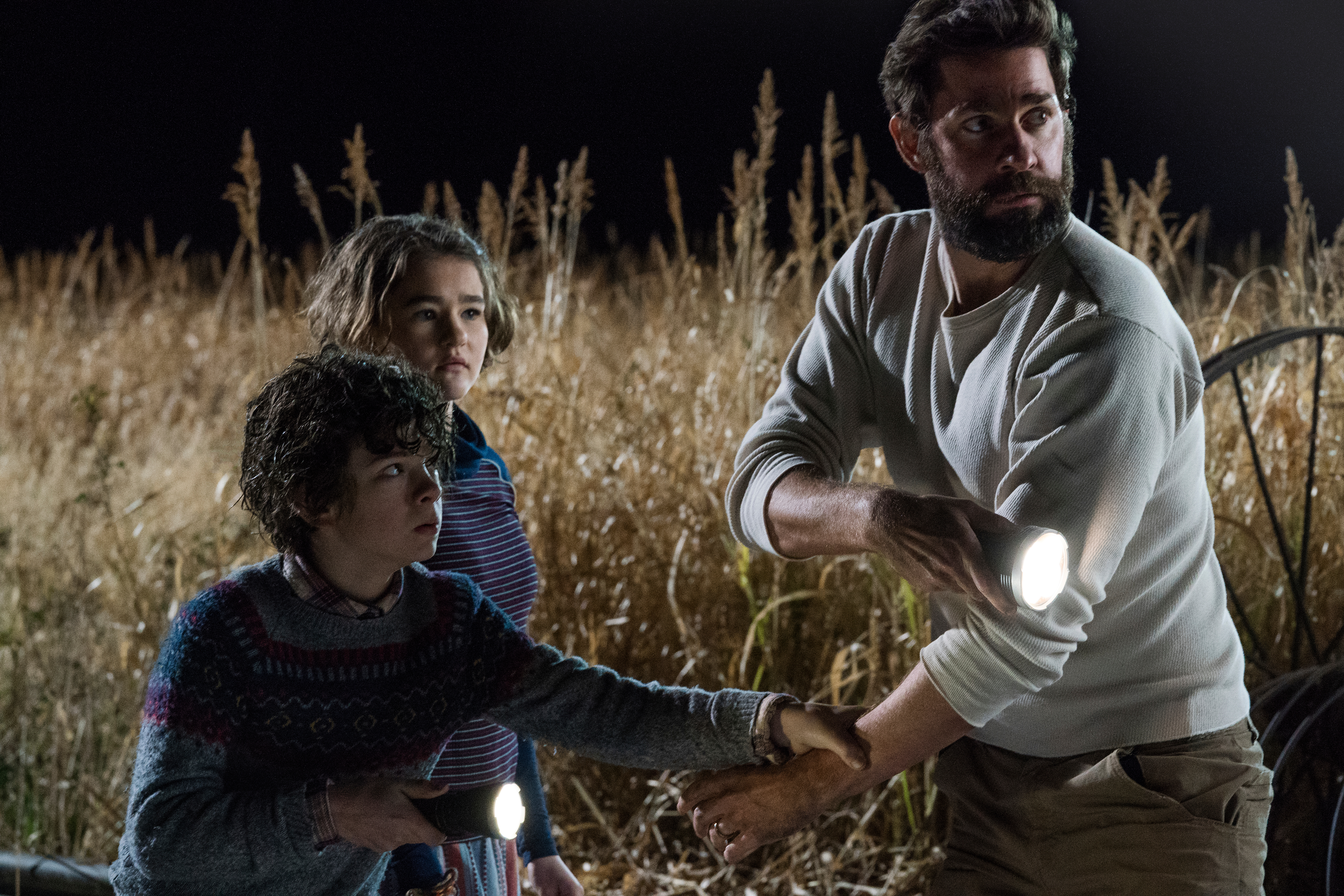 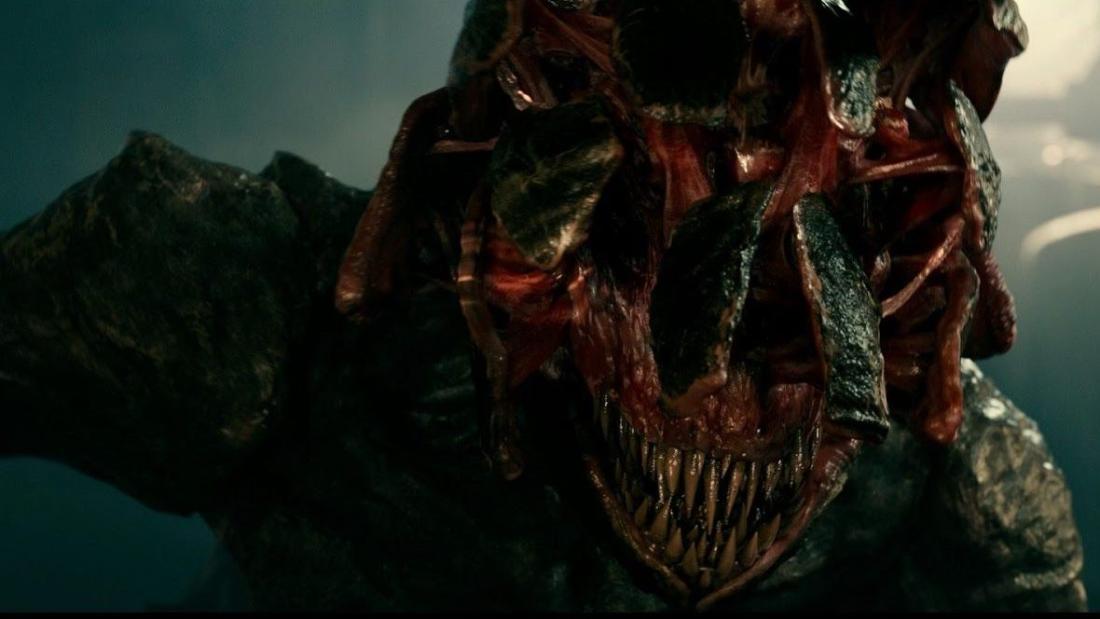 Director John Krasinski, who played Jim in the US Office, says the film is all about modern parenthood and the anxiety of keeping your kids safe.

While many parents have doubtlessly felt worried about how best to protect their kids in recent months, that’s thankfully where the similarities between the real 2021 and the events of A Quiet Place end.

A sequel is slated to come out later in the year after its original March 2020 release date was postponed thanks to the pandemic.

Of all the dystopian films set in 2021, The Sisterhood is arguably the bleakest.

Women have been enslaved by men in the wasteland of what was once the US.

When a savage warlord murders the protagonist’s loved ones, she joins with a band of female renegades who help her in her quest for revenge. 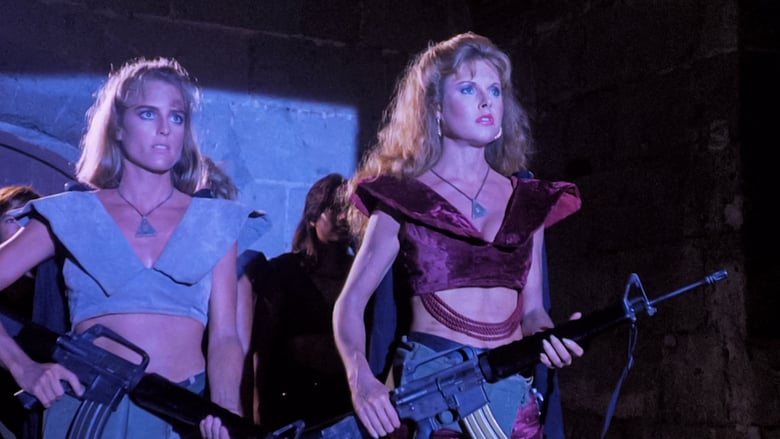 The Sisterhood (1988) is a revenge story set in a post-apocalyptic USCredit: Jadestar Films 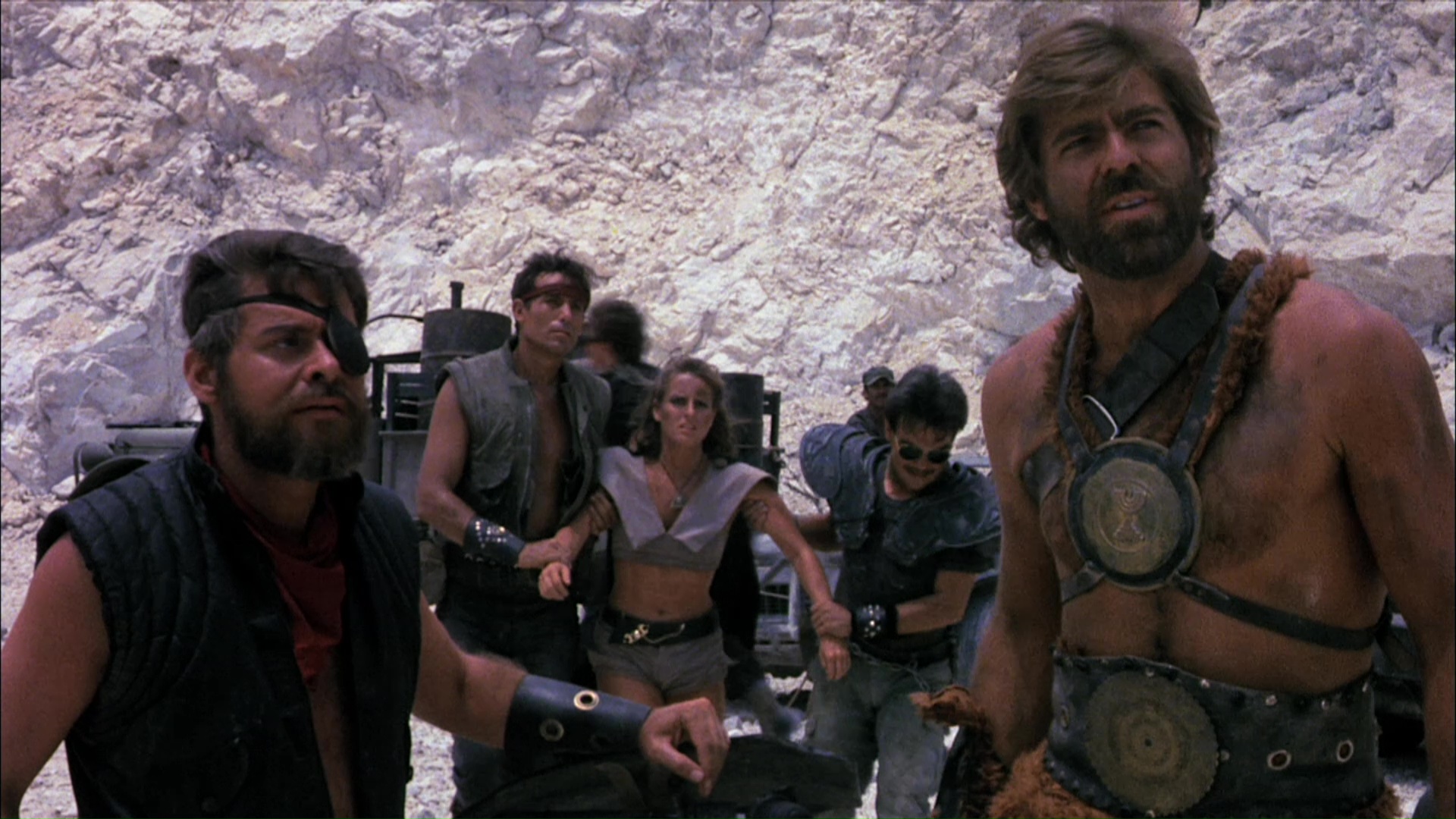 Men have enslaved women in 2021 and warlords go around terrorising and murdering peopleCredit: Jadestar Films

It’s a fever dream of swinging swords of machine gun fire in which the remnants of humanity are all permanently half-naked, half-clothed in animal skins.

Thankfully it doesn’t bear much resemblance to the real 2021 – but you get the sense that realism wasn’t really what they were going for.

So while 2021 hasn’t got off to a great start, we can count ourselves lucky it’s nowhere near as bad as some Hollywood screenwriters predicted.