A new series of SAS: Who Dares Wins – the most gruelling TV competition ever – is set to start on Channel 4 tonight.

The show has a ‘militaristic authenticity’ no other series have seen before, according to the show’s new chief instructor Rudy Reyes, the replacement for Ant Middleton.

This season will have more contestants heading to the Wadi Rum Desert in Jordan, hoping to survive everything thrown their way.

But what’s it all for? Here is everything you need to know.

What does the winner of SAS: Who Dares Wins get?

Well sorry to disappoint but don’t expect to see those who complete the course – if there are any, that is – get a nice big trophy for their mantelpiece because this is one reality show where there isn’t a prize on offer.

Just the satisfaction of knowing you have what it takes to complete some very tough SAS training.

And that can get pretty emotional, as you can see from this moment in 2016 when Moses Adeyemi was told he was the only recruit who had passed the course:

Other series, such as 2015 and 2018, saw two recruits pass the challenge – showing that it’s not so much about crowning one winner as seeing who’s tough enough to endure what Ant Middleton and the boys have in store for them.

Who are the past winners?

There was no series in 2021, but 2020 series saw two people prove they had what it takes: James Priestly and Chris O.

James is an estate agent from Bradford, while Chris is an advanced weight loss practitioner from London. 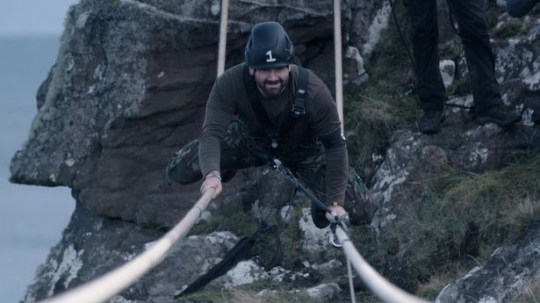 The other past winners are as follows:

The winners from the celebrity specials are as follows:

SAS: Who Dares Wins returns on Sunday night on Channel 4 at 9pm.


Got a showbiz story?