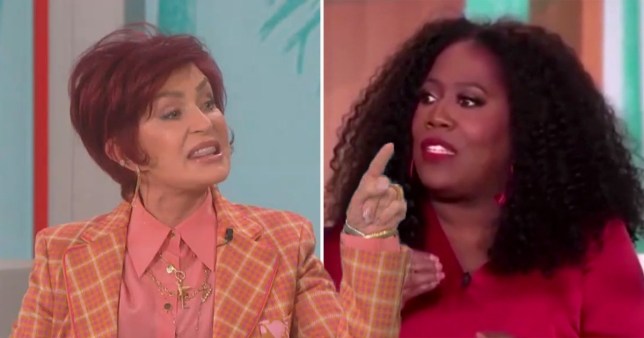 Sharon Osbourne has been caught up in one of the biggest controversies of her career following her explosive outburst on The Talk.

Earlier this month, the 68-year-old clashed with her co-host, Sheryl Underwood, while defending her friend, Piers Morgan, against racism allegations.

The fallout from the controversial argument has been immense and led to producers deciding to pull The Talk from air this week.

What did Sharon Osbourne say about Piers Morgan on The Talk?

Piers, 55, found himself in hot water this month after making controversial comments about Meghan Markle following her interview with Oprah Winfrey. During an episode of Good Morning Britain, Piers said he ‘didn’t believe a word’ of Meghan’s revelations, which included that she considered suicide due to racial abuse.

Sharon spoke out in support of Piers and tweeted: ‘[Piers] I am with you. I stand by you.

‘People forget that you’re paid for your opinion and that you’re just speaking your truth.’

She continued to defend him on The Talk which led to the viral moment where Sheryl explained why people, particularly the Black community, might feel offended.

During the March 10 episode, Sharon said: ‘Did I like everything he said? Did I agree with what he said? No.

Sheryl, 57, then challenged her colleague: ‘What would you say to people who may feel that while you’re standing by your friend, it appears you gave validation or safe haven to something that he has uttered that is racist, even if you don’t agree?’ 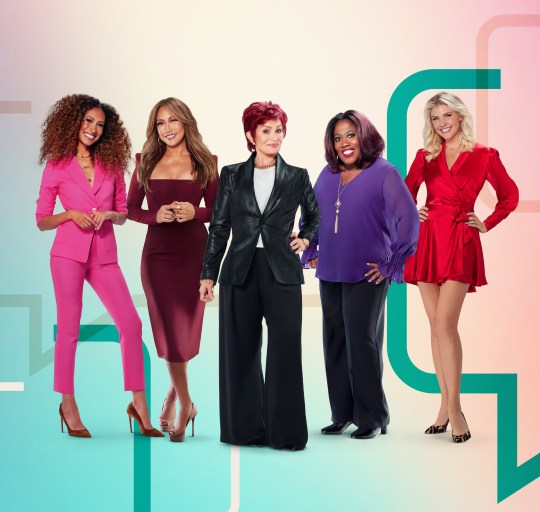 The Talk will remain off-air until Tuesday, March 23 (Picture: CBS via Getty Images)

Sharon replied: ‘I very much feel like I’m about to be put in the electric chair because I have a friend, who many people think is a racist, so that makes me a racist? What does it gotta do with me?’

The former X Factor judge became increasingly emotional and raised her voice demanding: ‘I will ask you again Sheryl, I’ve been asking you during the break and I’m asking you again, and don’t try and cry ‘cause if anyone should be crying it should be me.

‘Educate me. Tell me when you have heard him say racist things.’

Sheryl calmly explained: ‘It is not the exact words of racism, it’s the implication and the reaction to it.

‘To not want to address that because she is a Black woman, and to try to dismiss it or to make it seem less than what it is that’s what makes it racist. But right now, I’m talking to a woman I believe is my friend and I don’t want anybody here to watch this and think we are attacking you for being racist.’

Why did CBS pull The Talk from air?

As the backlash towards Sharon grew, CBS announced they would be conducting an ‘internal review’ into the incident. It was originally announced that The Talk would not air on March 15 and 16 but the hiatus has now been extended until March 23.

Has Sharon Osbourne apologised for her comments on The Talk?

Sharon later apologised for her approach during the debate but said she felt blindsided by the TV network.

‘I have always been embraced with so much love & support from the black community & I have deep respect & love for the black community. To anyone of colour that I offended and/or to anyone that feels confused or let down by what I said, I am truly sorry,’ she said.

Since then, various other allegations of Sharon making racist and homophobic comments towards colleagues on The Talk have emerged.

However, the TV star has refuted these claims in a statement released on her behalf, which said: ‘Sharon is disappointed but unfazed and hardly surprised by the lies, the recasting of history and the bitterness coming out at this moment.

‘She will survive this, as she always has and her heart will remain open and good, because she refuses to let others take her down. She thanks her family, friends and fans for standing by her and knowing her true nature.’