In partnership with Diablo Immortal

Earlier this month, Architects vocalist Sam Carter went head-to-head against streamer Leviathan in a game of Diablo Immortal. Ahead of the challenge, Carter explained that he wasn’t “much of a gamer” and despite a heroic effort (and the hack-and-slash’s easy to pick up controls) Carter lost.

Talking to NME afterwards, Carter explained that Leah is “a pro at what she does, so if we had a rematch, she would absolutely do me in.” That said, Carter is planning on revisiting the free-to-play dungeon crawler. “I could definitely see the band playing Diablo Immortal on tour. I think it’s just a cool game that looks really smart on the phone. With the amount of travelling that we have to do, playing games on a phone is a great way to get through flights and long journeys.” As it stands, the group play video games at the end of the night as a tour ritual because it helps them unwind.

Carter credits games like Tony Hawk’s and other extreme sports games alongside Grand Theft Auto for forging the link between gaming and alternative rock. “But there’s always been punk and hardcore around skateboarding and BMXing anyway, so naturally when they started making games in that world, it made sense to have that kind of music involved. That Tony Hawk’s soundtrack, especially the first one, got people into these amazing bands,” he continued. “Hearing Rage Against the Machine, Papa Roach, Millencolin… that’s an unbelievable playlist and people still talk about it now.”

Over lockdown, Architects took their first steps into the digital world with two high-end livestreamed concerts. The first was a full throttle Architects show filmed at London’s iconic Royal Albert Hall while the second saw the band perform new album ‘For Those That Wish To Exist’ at the legendary Abbey Road with the help of a full orchestra.

“The livestreams were super fun. Being able to do the Royal Albert Hall is obviously something that not a lot of bands get to do and it was a complete privilege,” said Carter. “It just felt really nice to know that we were all watching the same thing and being able to communicate with each other. It was amazing because it was a stressful time early in the pandemic, so it was nice to have a sort of evening of normality within that.”

“In terms of actually how grandiose doing ‘For Those That Wish To Exist’ with the full orchestra at Abbey Road was, that was just a whole other beast,” said Carter who went on to add that Architects have performed at the space do many times, one of the engineers refers to the group as the “Fab Five. I took that as a huge compliment.”

Carter went on to say how “it’s always important to change and to challenge yourselves as musicians. We’re very proud of the legacy of this band but we don’t want to just look back and think ‘OK that was cool’. We’ve always got to try and reach for bigger, bolder, more excitement. I’m always eyes on the next prize. How can we be better? How can we make the records more exciting? Where should we take the sound of the band? We are always looking for that Eureka moment.” 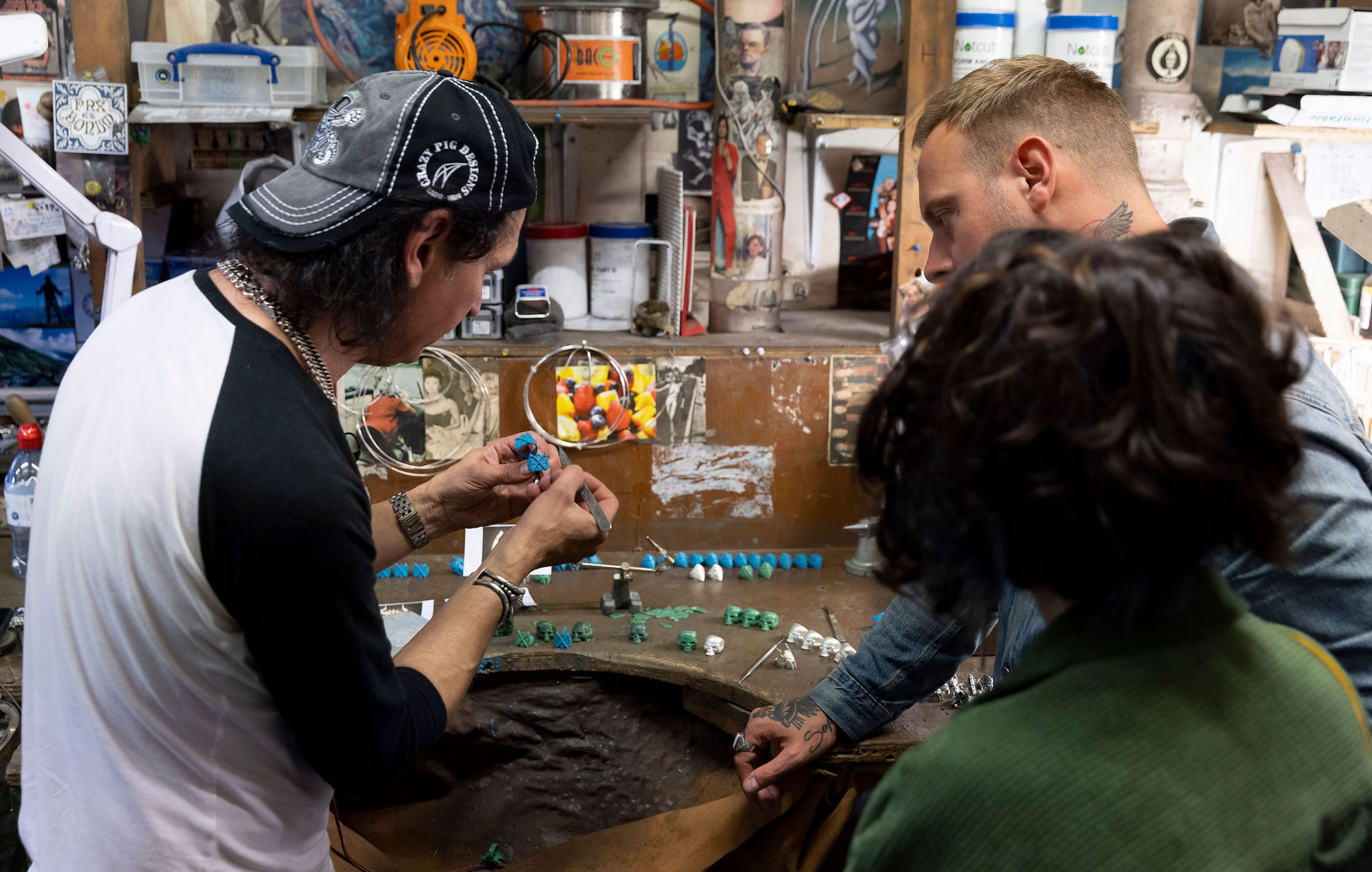 “We will continue to push ourselves in that way, continue trying to reach new people and show people that we don’t take any of it for granted,” continued Carter. “It’s a real joy being in this band, especially having done it for so long now. We have made so many friends and have so many people invested in this journey that when we do well, I can genuinely tell that it feels like a win for them as well. They push us and keep us going which is really special and in return, we just want to make them super proud. It sounds cheesy but it just feels like a really big family.”

Speaking of pushing things forward, earlier this year Architects released the first new material since 2021’s ‘For Those That Wish To Exist’ in the form of hammering new single ‘When We Were Young’.

The progressive metal track came together quickly while the band were all in the the studio together and is about “being young and feeling like you’ve got the world at your feet. When you get older, you start realising the responsibilities of life and how eventually it will end. It’s about trying to make the most of it every day and live for that moment.”

“We’ve always been one of those bands that never stops,” added Carter. “We just enjoy writing music together. It still feels like fun. I don’t know if we’d work well in a situation where we went into the studio and had two weeks to come up with something. I think in terms of how fun ‘When We Were Young’ is, and how much we enjoyed it, that’s a sign of maybe where we would go in the future. But we’re always writing and always trying to stay on the creative train.”

Later this year, Architects are heading out on a lengthy UK arena tour with Biffy Clyro. “We’ve always had massive respect for them and it’s going to be fun to go out and play to their crowd. They are a band everybody in the band is a big fan of and we have been since we first started playing music together,” said Carter. “Biffy Clyro are a band that we have a real emotional attachment with. We’re really inspired by them, inspired by their work ethic, inspired by the way they write music and inspired by the dedication they put into their performances.”

Diablo Immortal is available to download now. Save Sanctuary on mobile and PC.