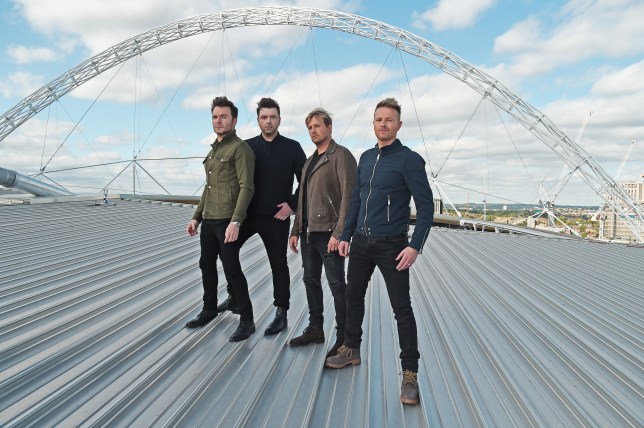 Westlife are set to play Wembley Stadium over the summer (Picture: Getty Images)

Westlife were told they could be ‘replaced overnight’ in their younger years, with the lads opening up on the fears that haunted the beginnings of the band.

It’s been more than 20 years since the Irish band formed, and the love for the Flying Without Wings hitmakers has stayed strong ever since – even after their split in 2012.

But the stars – Shane Filan, Mark Feehily, Nicky Byrne, and Kian Egan – have revealed that ‘lingering’ fears plagued the first 15 years of their success.

Chatting to Metro.co.uk ahead of their live shows at Wembley Stadium this summer, Mark explained: ‘We lived in a bubble for 15 years as a band, in the sense that what we learned at the start was what we continued to believe to be the truth.

‘People are very quick to make young bands think, “Right, you can be replaced in the morning and we’ll have another bunch of lads that are more eager and hungry for it than you if you don’t want this anymore”, all that kind of stuff.

‘To be honest, that sort of lingered on. That was our core belief until the band split up.’

When they reunited in 2018, the band decided to take ownership of their music and their own success, with Mark explaining that he wanted to know everything that was going on in terms of the deals that were being made. 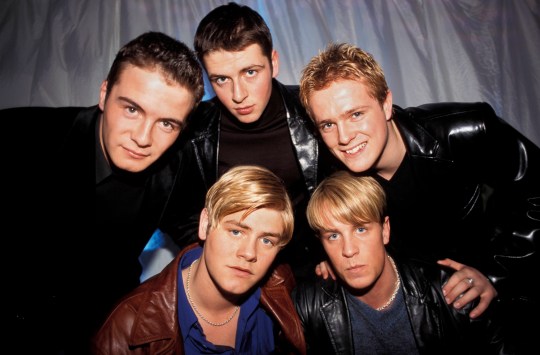 The band were told they could be replaced in their younger years (Picture: Redferns)

‘The seven years that we were away, we all came back going, “Hang on a minute, this is our band. We’re in charge and everybody works for us,”‘ he explained.

‘We used to feel like we worked for them but this is our band. The only four people that could make the reunion happen was us. Nobody else, no matter how powerful they were, could make it happen.

‘So we realised that, from this point on, we’re in charge, and I mean that not in an obnoxious way or a cocky way, I mean that in a way of having self-confidence and feeling like we’re mature, we’re adults, and we run our own ship.’

While they came back as more mature, self-confident people, Kian admitted there was still a worry that fans might have moved on from the band when they reunited.

‘We had a huge fanbase but obviously people grow up and people move on, music tastes change,’ he explained. ‘We always worried about our fanbase – would it be as big as it was back in the day?

‘Would as many people still care? Would we be like a flash in the pan if we did a reunion, like one small tour and that would be it?

‘But, as a band, our big thing was to try and come back in with great music and if you do that, you can hopefully reignite your audience and show them that you can still make the kind of music that they really enjoyed listening to in the past, and can still enjoy listening to now.’

Safe to say, they’ve been absolutely smashing it ever since, with their album Spectrum shooting to number one in the UK and Irish charts upon its release.

Thanks to you guys, weâre absolutely over the moon to announce that weâve been asked to play a second show at Wembley Stadium THIS SUMMER! ð https://t.co/AkY8cc173t

Weâre also excited to share with you that new music will be coming later this year!! pic.twitter.com/BgnqJ6YLdK

As part of the record, they enlisted Ed Sheeran’s songwriting skills after he grew up listening to the band.

‘Ed said to [songwriter Steve Mac] that he grew up listening to Westlife and he loved Westlife, and now that he’s writing with Mr Westlife, he wants to write some Westlife songs!’ Kian laughed. ‘That’s how it happened, and that’s before we even discussed the idea of reuniting as a band.

‘When we did decide to reunite […] lo and behold, he had four or five songs sitting there.’

Meanwhile, they’re about to be the first major music act to play Wembley Stadium in two years after the coronavirus pandemic.

‘When you get us on stage, that’s when we are set free,’ Mark said. ‘Because we’re doing what we love.

‘This concert – it’s almost above Westlife. It’s more of a message to everybody in the country.

‘If it goes ahead and if it’s as amazing as it should be on the night, and the crowd just have a good time in a place with a lot of other people, that’s a huge turning point for the country and for the music business.’

‘The gig is the biggest thing, the fact that the gig can happen,’ he continued. ‘

That’s the star of the show, and that’s the most exciting thing. I’m just gonna be one of the excited people in that venue in disbelief that we’re all there having so much fun together!’

We couldn’t be more ready.

Tickets for Westlife at Wembley Stadium are available from March 26, 10am at www.livenation.co.uk.