The last time IDLES appeared at Glastonbury, frontman Joe Talbot broke down in tears on the Park stage, entirely overwhelmed by the experience of performing at a festival that had framed so much of his youth. Some gigs simply mean a lot, and this was one of them; the culmination of watching peers and idols climb the ranks and feeling that they had finally earnt their place amongst them.

As they prepared to take on The Other Stage on Glastonbury’s Friday night, their focus was singular; to deliver the very best version of Idles that they were capable of.

It’s a dream of ours, playing the Other stage,” says Joe. “I remember seeing Foals when they did our slot years ago, and to see that journey as a fan is amazing, to know you can live out your dreams.”

“We will always have aspirations; we want to headline the Pyramid Stage One day, but we want to do it when we’re worthy. We’re not there yet, but it’s a beautiful journey to have. You just work your ass off and you’ll get there; we’re getting there.”

Clearly delighted to back in their spiritual home, Mark Bowen and Joe Talbot sat down with NME to talk new music, formative festival memories and their no-nonsense approach to headlining.

Welcome back to Glastonbury! Does it feel like home?

Joe Talbot: “It does. It’s definitely how we learnt to be free; chemically, spiritually. Free from responsibility, free from judgement. This is where the world allows you to sing.”

How was your Coventry warm-up show? It looked pretty sweaty…

Joe: “It was stunning. It was a really good crowd. Obviously, we’ve been doing European festivals for a bit now, so it felt like you’re in the pocket. You’re at home, everyone is giving it. And it was definitely hot. Apart from Hebden Bridge [at the Trades Clubs in 2018], I think it’s the hottest gig we’ve ever done.”

Your Park Stage show in 2019 felt like a quintessential IDLES show; a big cathartic outpouring that got quite emotional at points. Take us back to that headspace; how did you feel that day in comparison to now?

Mark: “I mean, it was a massive moment for us. We’ve been coming here since like, 2008, 2007, and it holds a lot of emotional weight. It is the best place in the world. As a kid, you dream; I remember being a teenager and watching The Killers and Razorlight play here, and being like, ‘I want that more than anything in the world’. I think it was the first point in that year where we actually had a little moment to take stock and it kind of hit us what had been going on. But I feel the same way today; I got a bit teary going up to the park earlier.”

Joe: “The most beautiful thing to do is to have a conversation about aspirations. I remember our friend’s band starting to tour Europe and I was in no way gonna hide the fact that I was so envious of that. But it was in a really beautiful way, because I knew that if we worked hard enough, we could get there. And then next thing you know, you’re touring Europe and getting on a stage at Glastonbury.”

That Pyramid might not quite be within your grasp yet, but in July you will be headlining 2000 Trees. Will you be doing anything special to mark it out as a headline show – guests, big staging, any of that?

Joe: “No, it’s not for us. I understand bands that do and I love it, but for us, what we do is just energy and the visceral kind of attack of it, really honing our songs and making them feel and sound the best they can on the stage. We’ve been relentlessly touring for the last five years, not including the pandemic, to learn our trade and know what songs work when and how to build that narrative of a live show. We want to do it the way Nick Cave and the Bad Seeds do it; you create a scene like a theatre, and everyone’s just focused in.”

Mark: “Who needs fireworks when you got bangers?” 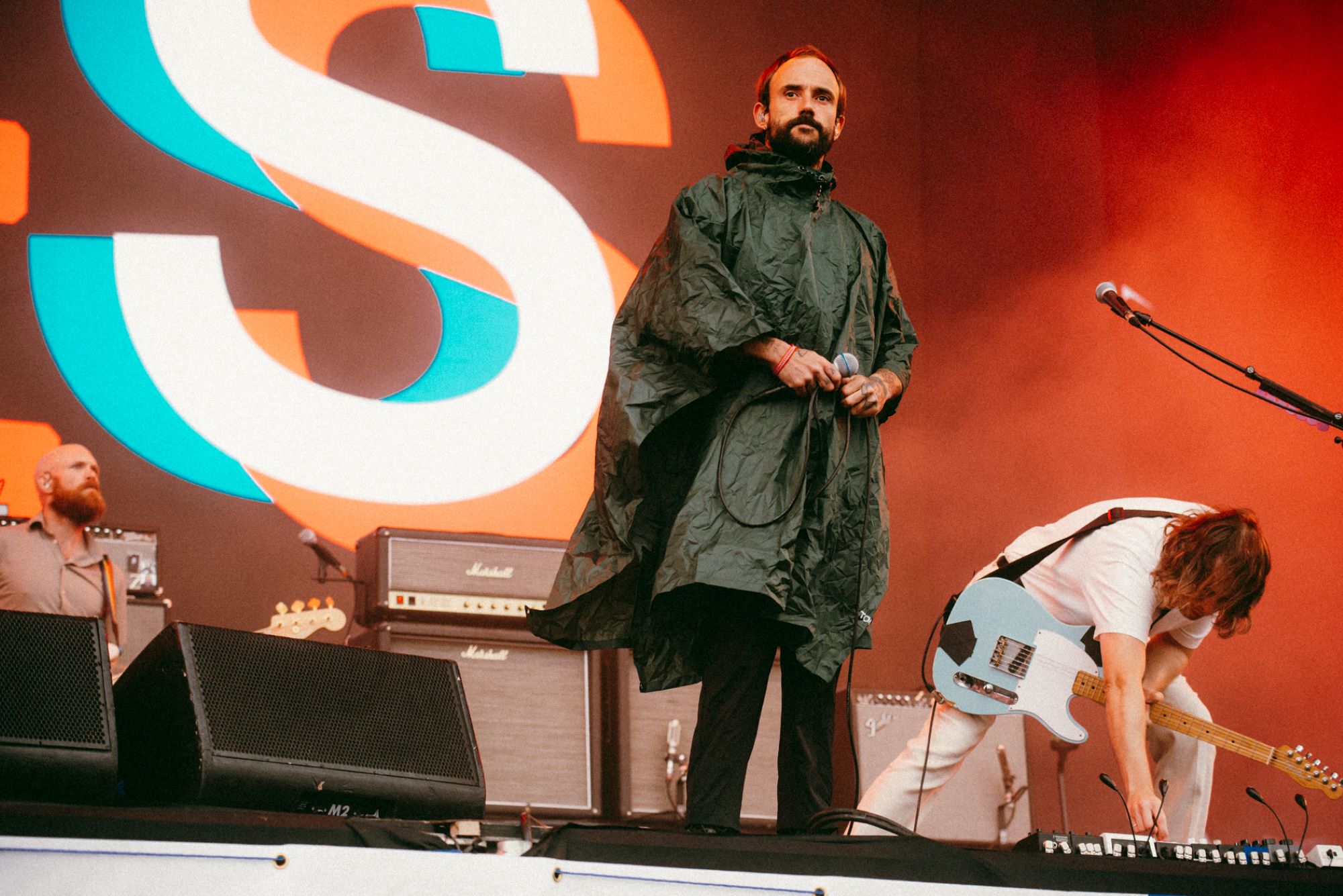 With ‘Ultra Mono’, you were keen to break down the element of IDLES and draw a line under them so that ‘Crawler’ could begin a new era. From what you’ve learnt touring this record, where do you think this current iteration of IDLES is at?

Mark: “I think the [the YouTube live series] ‘From The Basement’ that we recently did kind of has summed up where we are at the minute. There’s a new hunger and a new intent within the band to reach these new pinnacles. We’ve got our eyes on Nick Cave and The Bad Seeds. We’ve got our eyes on Radiohead; we’ve got our eyes on Paul McCartney. We’ve got a little taste of it, but we want to get in on it. And that’s not [about] the headline shows or the million monthly Spotify listeners or any of that nonsense. It’s actually being ubiquitous and being so good at your craft and so good at your live shows. We’re just hungry for it, so that’s what we’re bringing.”

Has work begun on any new music or is it too soon to say?

Joe: “We’ll be honest about it: we’ve written a couple of tunes for album five and they are fucking dogshit. This is our process; we get to this point where we all want to quit the band because there’s this pile of crap on the floor that we’ve tried to write and then someone will just say something and it’ll change.”

Mark: “But we’ll record all those bad ones as well and then release it as some kind of B-sides and rarities at some point in 10 years.”

– Check back at NME for the latest news, reviews, interviews photos and more from Glastonbury 2022