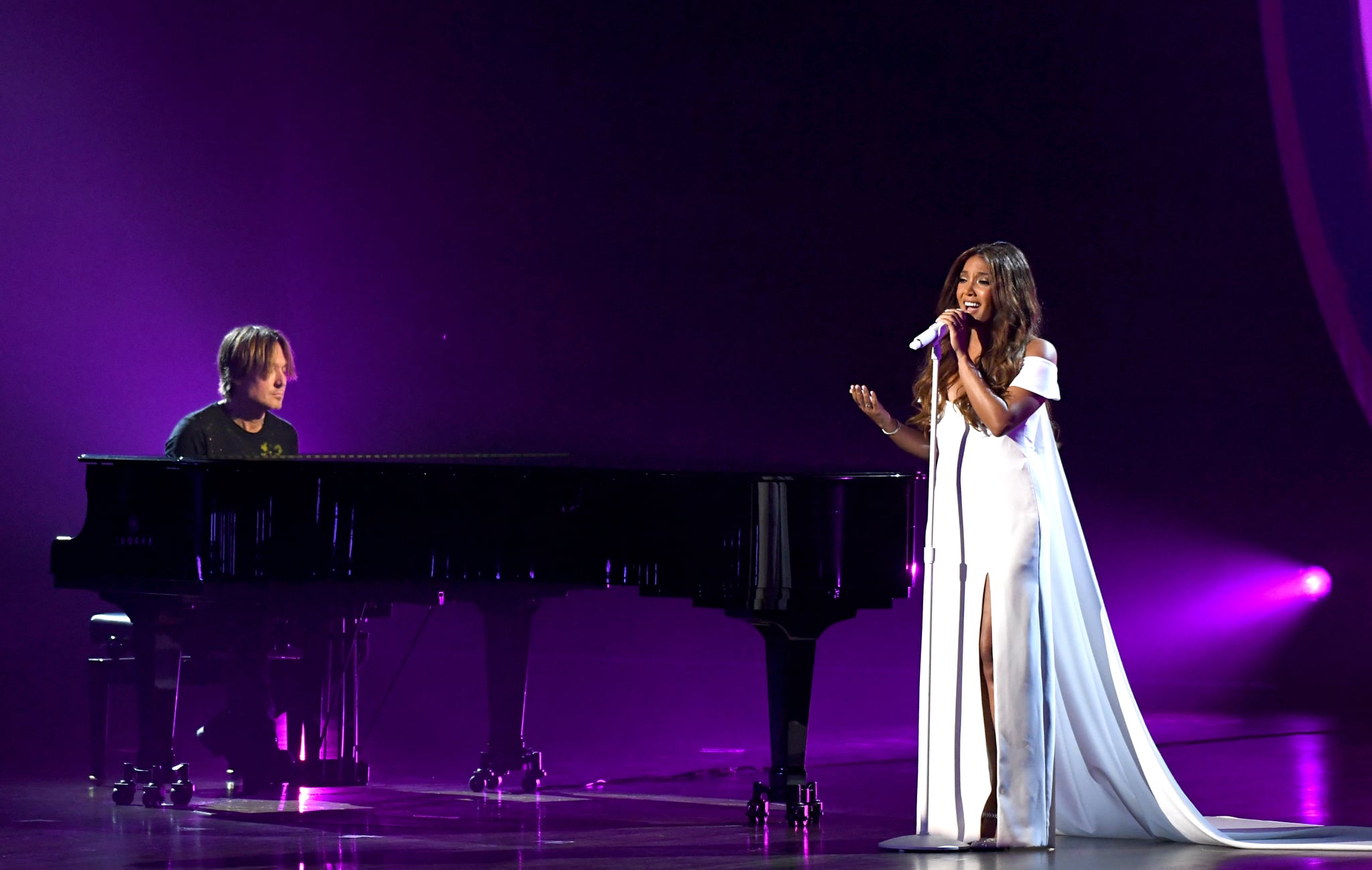 Country music singer Mickey Guyton made long overdue history at the ACM Awards on Wednesday night, as the first Black woman to ever perform at the show. Singing live from the Grand Ole Opry in Nashville, Guyton gave a beautiful performance of her song, “What Are You Gonna Tell Her?,” in a stunning off-the-shoulder dress. As host and country star Keith Urban played on the piano, Mickey’s inspirational rendition and powerful vocals wowed listeners. The singer, who is pregnant with her first child, was previously nominated for New Female Vocalist at the ACM Awards back in 2016, and most recently released her album, Bridges on Sept. 11. Ahead, check out Guyton’s emotional performance featuring Urban.

If you aren’t watching the #ACMawards right now, you’re missing out! @MickeyGuyton just gave us a tear-jerking performance at the @opry. Turn on @CBS right now! pic.twitter.com/HGUYP7Q5zk

The cast of ‘The Crown’ in real life: side-by-side photos

Bette Midler Will Live-Tweet Hocus Pocus Ahead of Halloween

Willow Smith Is ‘Proud’ of Jada Pinkett Smith After ‘Entanglement’

The Vow: How Is Christina Oxenberg Related to Royal Family?

Watch Iggy Pop, A$AP Rocky and Tyler, the Creator goof around for Gucci