GARETH SOUTHGATE has sent a message directly to the England fans ahead of the national team’s HUGE Euro 2020 final clash with Italy on Sunday night.

The Three Lions boss has led his side to the final at Wembley Stadium following historic wins over the likes of Germany and Denmark. 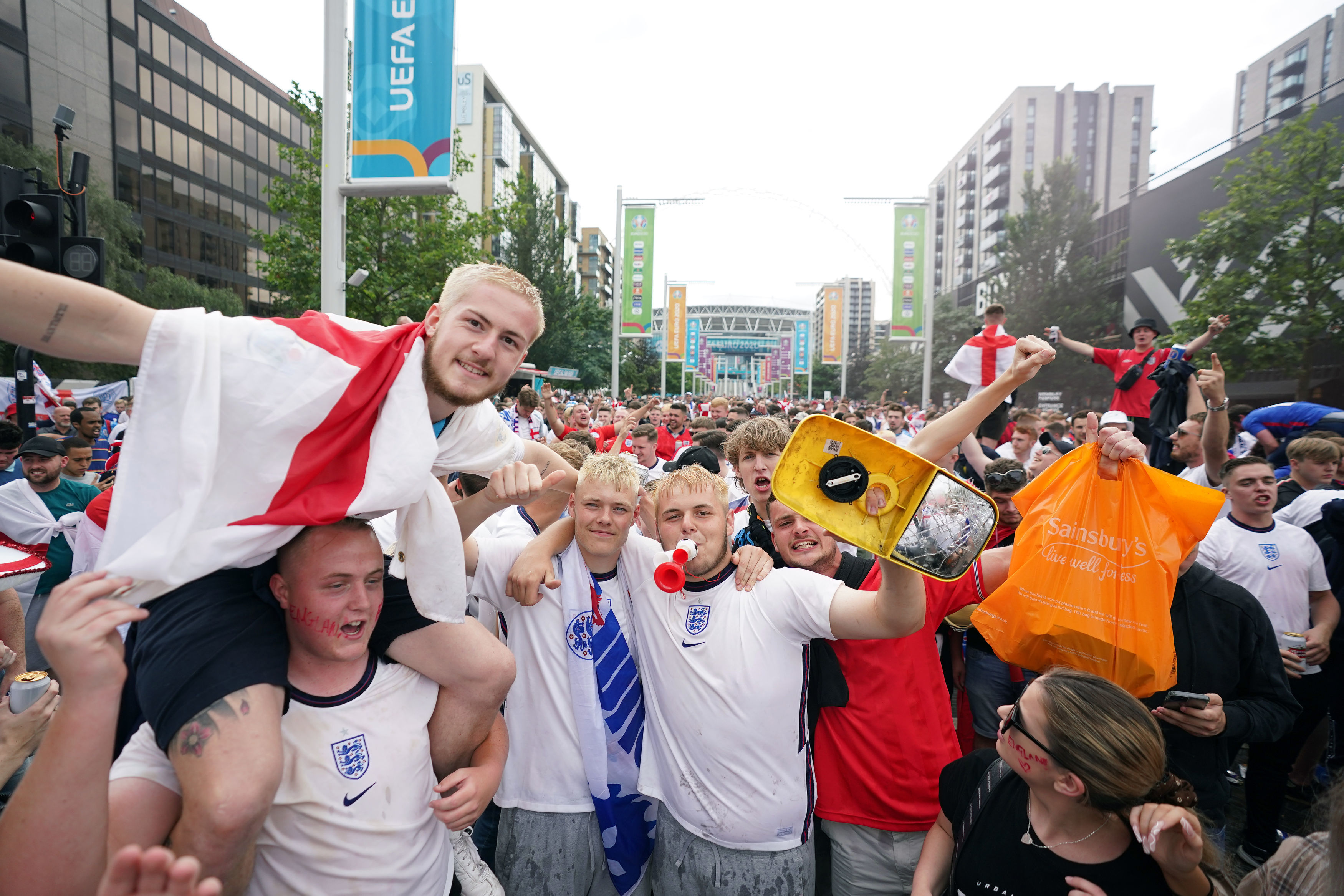 England fans have poured out onto Wembley Way to enjoy the final day celebrationsCredit: PA

And now, with just ours to go until England‘s first major tournament final in 55 years, Southgate has released a video speaking to supporters across the country.

In the clip posted on England’s Twitter account, he said: “Hi there. I just wanted to take the time to say thank you to everybody for the incredible support we’ve received throughout this tournament.

“We hope that we’ve represented you in the right way. We hope that you’ve enjoyed watching us play.

“I’m very grateful to all of the players and the incredible staff I’ve got with me, that we’ve been able to get to our first final in 55 years.

“But of course we know now we’ve got to deliver for you, so we’ll be doing everything we can.

“Your support and energy has given us a huge lift, and I know it will on Sunday.”

SunSport revealed on Sunday morning that Southgate is expected to revert to a back five for the final against Italy.

England are set to line-up with Kieran Trippier and Luke Shaw as wing-backs, with Kyle Walker dropping into central defence.

Meanwhile, Kalvin Phillips and Declan Rice will keep their places in the heart of England’s midfield, but Bukayo Saka is expected to drop out.

The front three is set to consist of Raheem Sterling, Mason Mount and Harry Kane.

But Phil Foden could miss out on being included in the squad altogether after picking up a problem with his foot in the lead up to the final.

When asked about the Manchester City man’s issue on Saturday, Southgate said: “Phil has got a very slight foot injury which he felt after training.

“He didn’t train today – and I’d have to say he’s doubtful for tomorrow.

“We’ll check him again later. It’s not something that will keep him out for a long time, but it might be that the game comes too soon.”