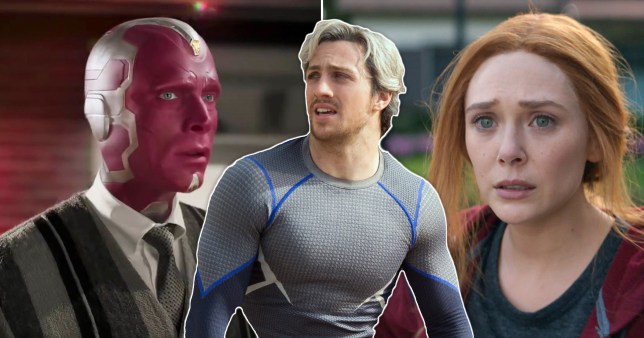 Wanda has to cope with the losses of both her twin brother and the love of her life (Picture: Marvel)

As if we hadn’t already shed enough tears over WandaVision, Wanda Maximoff might have made a heartbreaking nod to her late brother Quicksilver through Vision’s powers.

In the Marvel series on Disney Plus, Wanda (Elizabeth Olsen), who goes on to become the Scarlet Witch, creates a false, sitcom-inspired reality to cope with her pain following the death of Vision (Paul Bettany) in Avengers: Infinity War.

Following weeks of speculation among fans over how Vision is alive, it’s discovered that Wanda created a new version of the synthezoid who is virtually identical to the superhero she fell in love with, minus the memories.

During the early episodes of the show, Vision is shown exhibiting super-speed, an ability he didn’t have in previous MCU films.

One fan shared a theory on Reddit as to why this is, explaining that in their opinion, it could be Wanda’s way – consciously or subconsciously – of referencing her brother Pietro Maximoff, who was played by Aaron Taylor-Johnson and died in Avengers: Age of Ultron. 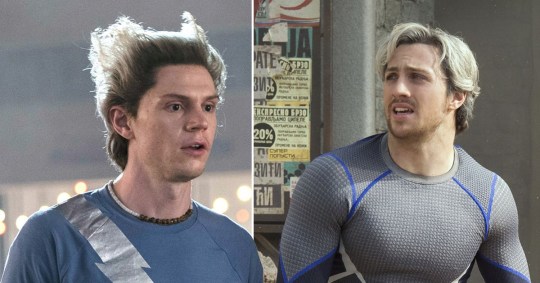 Pietro in WandaVision is not the same Pietro that appeared in Age of Ultron (Picture: Marvel Studios)

The fan continued: ‘Vision’s new speed powers might be a nod to Vision being a totally fake construct generated by Wanda’s psychosis or a result of her imbuing him with her brother’s powers when she remade him. Whatever the reason, I’m surprised I haven’t seen anyone discussing Vision’s new found super speed.’

Considering so many of WandaVision’s storytelling devices are used to emphasise the grief that Wanda is suffering, this definitely would make logical sense if done on purpose.

In episode five of WandaVision, Pietro returns to Wanda’s life, greeting her on her doorstep.

However, rather than being played by Aaron, the character is portrayed by Evan Peters, who depicted a different version of the character – Peter Maximoff – in the X-Men film franchise.

During a recent interview, WandaVision’s creator Jac Schaeffer explained the heart-wrenching reason why Evan replaced this version of Quicksilver, outlining how the decision fed into Wanda’s experience of grief over losing her twin brother.

‘There’s a lot of discussion about the significance. Our strategy and our thinking about it had to do with that he is in fact Agatha’s pawn, that he is meant to mess with Wanda’s head,’ she said on Empire magazine’s podcast.

‘We had a grief counsellor come to the room, and we did some research on grief, and there’s a lot about how people remember faces and the anxiety about not remembering the faces of your loved ones, that their images fade away, or misremembering, or actively misremembering things as a self-preservation tactic.’

WandaVision is available to watch on Disney Plus.