Warning: spoilers ahead for episode six of WandaVision.

A sneak peek at the upcoming seventh episode of WandaVision has left fans psyched over the references to Modern Family… with some questioning where Vision (Paul Bettany) could be.

Every week on the mind-boggling Marvel TV series, superpowered couple Wanda Maximoff (Elizabeth Olsen) and Vision are shown living in a false reality inspired by classic American sitcoms throughout the decades, from I Love Lucy in the 1950s to Malcolm in the Middle in the early 2000s.

Episode seven will take inspiration from recent mockumentary-style programmes, such as The Office and Modern Family, with characters breaking the fourth wall to speak to the camera.

The day before its release, Marvel shared a new teaser for the latest instalment, showing Wanda lying in bed exhausted in the aftermath of episode six, which saw her expand her ‘Hex’ to save Vision, who had started deteriorating after getting out.

In the clip, a dishevelled-looking Wanda sits on an armchair in the living room, where she says: ‘Look, we’ve all been there, right? Letting our fear and anger get the best of us, intentionally expanding the borders of the false world we created.’

While Wanda lies in bed thinking about what’s just happened, she sighs, pulling the covers over her head as her sons race into the room. 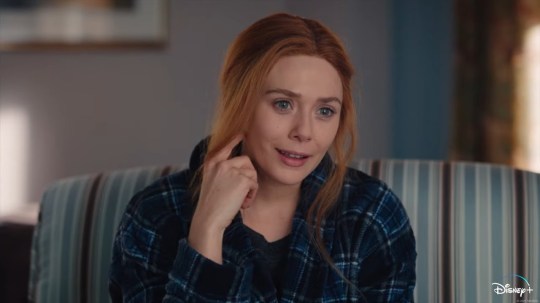 Wanda speaks to the camera, like the characters in Modern Family (Picture: Marvel Studios/Disney) 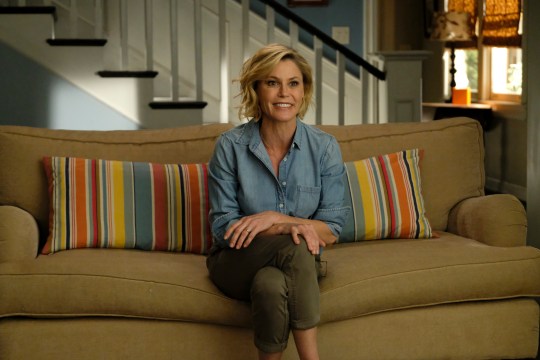 Wanda seems to have taken a leaf out of Claire Dunphy’s (Julie Bowen) book (Picture: ABC via Getty Images)

WandaVision fans are loving the look of the Modern Family-esque instalment so far, with one person tweeting: ‘I think I’m more excited about tomorrow’s episode of #WandaVision then I was when I was waiting for the series to start! It looks so like #ModernFamily I can’t wait!’

Another said: ‘I’m getting Modern Family vibes from this teaser and I love it.’

However, others pointed out that Vision isn’t shown in the clip, leading them to question where he might be.

‘Hello where is her husband,’ one person tweeted in response to the teaser.

‘I’m curious about where Vision is here and I think there’s a pretty decent chance that Wanda has given him a “time out” for trying to escape,’ another remarked.

I think Iâm more excited about tomorrowâs episode of #WandaVision then I was when I was waiting for the series to start! It looks so like #ModernFamily I canât wait!

Someone else speculated that Vision may be absent because he is helping astrophysics expert Darcy Lewis Kat Dennings), who got sucked into Wanda’s false reality along with several S.W.O.R.D. agents.

Less than a day to go until we find out!

Considering the theme of tomorrow’s episode, some people are hoping there will also be nods to The Office.

This wish has fuelled the theory that John Krasinski could make an appearance in the series as Reed Richards from the Fantastic Four, the aerospace engineer Monica Rambeau (Teyonah Parris) mentions she is in contact with.

Others are hoping Darcy will appear as Kat’s character from sitcom 2 Broke Girls, Max Black, who worked as a waitress in a diner.

The possibilities are just absolutely endless.

WandaVision is available to watch on Disney Plus with new episodes released on Fridays.