A new poll has shown that the majority of UK voters want the government to be doing more to solve the post-Brexit touring fiasco for musicians and crew, while campaigners have vowed that their “anger is not going away until they find a solution”.

The row over the government’s failure to negotiate visa-free travel and Europe-wide work permits for musicians and crew in their post-Brexit deal continues to rumble on with no visible end in sight. This situation has sparked fears that they will face huge costs to future live music tours of the continent which could create a glass ceiling that prevents rising and developing talent from being able to afford to do so.

Criticism has grown especially louder lately, with industry bodies claiming that “six months after the deal was struck, the music industry is no further forward“.

“For months, the UK music industry has been calling for an urgent solution to the challenges facing British musicians and crews wanting to work and tour in Europe,” said UK Music Chief Executive Jamie Njoku-Goodwin. “Now it’s clear that the public is behind us and voters want to see more action too.

“The government has just proved in its trade deal with EEA member states that the visa barriers can be removed when enough political will is applied. Now they must do the same in negotiations with EU member states and ensure British musicians can work and tour in Europe with ease.

He continued: “We also need a resolution to so-called “cabotage” rules, which impose restrictions on UK hauliers over the number of stops they can make in the EU, making touring impractical and unviable for many.

“More broadly we need a touring transition fund to mitigate the increased costs and red tape now faced by UK musicians seeking to tour the EU as well as establishing a Government-backed Export Office to help support international touring plans, and promote and back the UK music industry overseas.”

This comes after last week saw British artists angrily respond to Culture Secretary Oliver Dowden’s claims that “an ambitious approach” to negotiations had struck a “breakthrough” with a meagre deal for performers and support crews to now be able to tour Norway, Iceland and Liechtenstein. Liechtenstein’s population is less than Wigan and The Isle Of Wight, while Iceland’s isn’t much more than Nottingham. Around three million less people live in all of Norway than there are in London.

David Martin is CEO of the Featured Artists Coalition, a UK trade body representing the specific rights and interests of music with members including Radiohead‘s Ed O’Brien and Imogen Heap, and told NME that this move was symptomatic of the government’s ignorance towards the situation.

“The music industry made its thoughts very clear to Secretary of State, Oliver Dowden regarding the new trade agreement with Liechenstein, Iceland and Norway,” Martin told NME. “Needless to say, the deal isn’t going to alleviate any concerns that artists have about their careers, post-Brexit. Nor will it stem the exodus of talent from our world leading industry.

“At this point, six months on from the Trade & Co-operation Agreement, we don’t even have adequate or accurate Government guidance on touring in Europe. The Government must act now to support the industry with a financial package and must find renewed focus at senior political level to develop solutions that will save hundreds of thousands of livelihoods and support an industry that brings this country immeasurable status across the globe.” 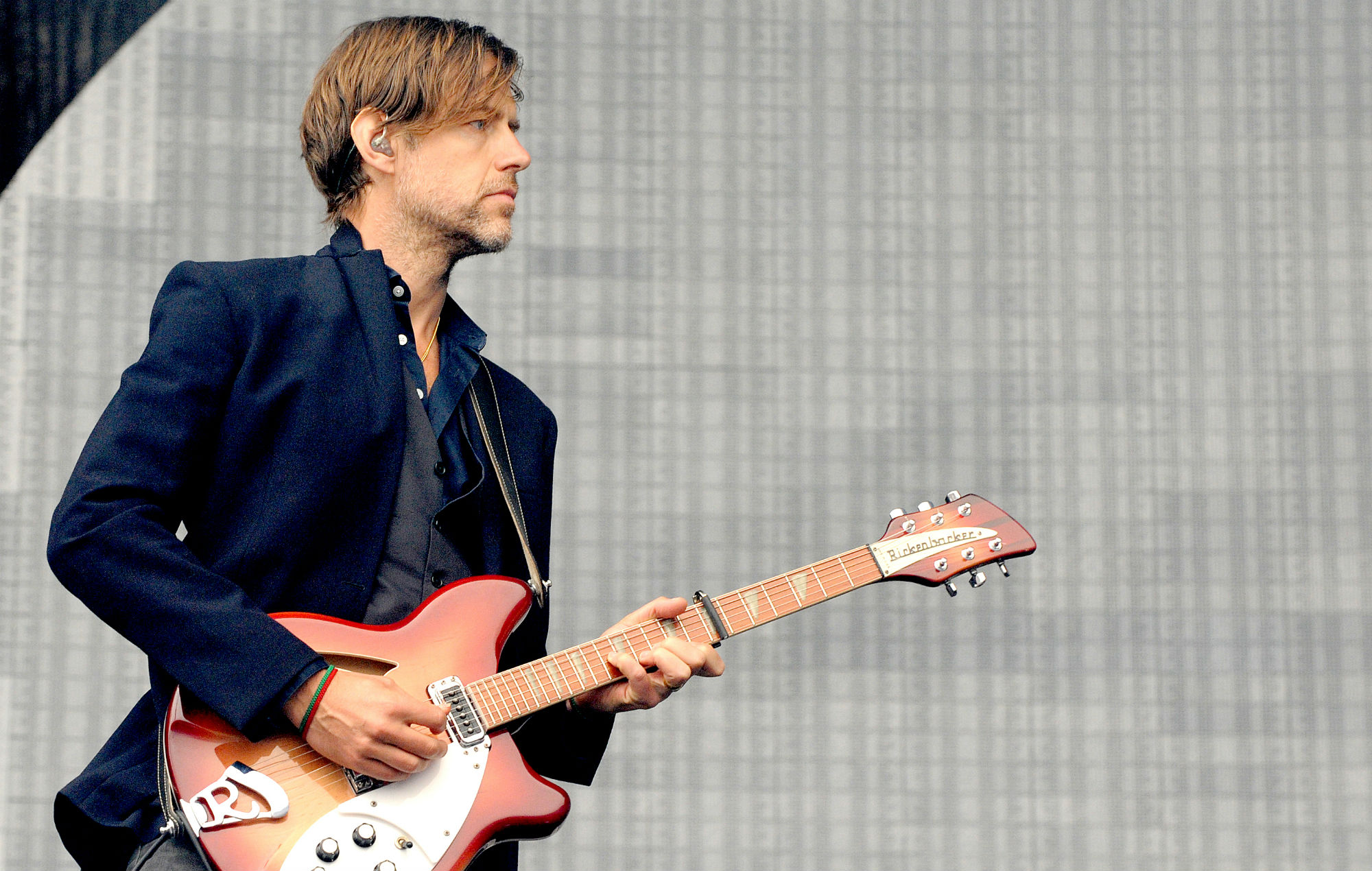 This comes after the #CarryOnTouring recently hosted an UK-EU summit and Day Of Action, inviting MPs, European delegates and figures from across the UK’s £111.7billion creative industries. To discuss the problem, the government’s alleged inaction and how best to find a way out. You can watch the full summit back here.

As well as the cross-cultural impact of the ‘No-Deal’ status facing the UK, Culture Minister Caroline Dinenage was again criticised for failing to renegotiate terms for future touring with the majority OF EU member states, while it was again warned thousands of jobs and millions in income for crew, haulage and production will also be lost to the EU.

Ian Smith from the #CarryOnTouring campaign has been working in the music industry for 20 years as a musician, sound engineer, agency worker and focussing on logistics of playing and travelling around the EU. He told the summit that artists, crew and other cultural workers remain “totally screwed in terms of being able to tour easily and effectively now in both directions”.

“My anger is white hot, and I reflect the anger across the whole of the creative industries,” he said. “I hear it every day. Let’s use that anger for positive change. Forget blame, let’s find solutions. This anger is not going away until we get a solution.”

Conservative MP Bernard Jenkins MP agreed: “I completely understand why people are so angry and they’re going to carry on attacking what the government has done, but I don’t think it’s doing the government or anyone any good to try and respond to that. It would be much better if we all concentrated on producing practical solutions which we can put to the EU, which the EU will find difficult to resist.” 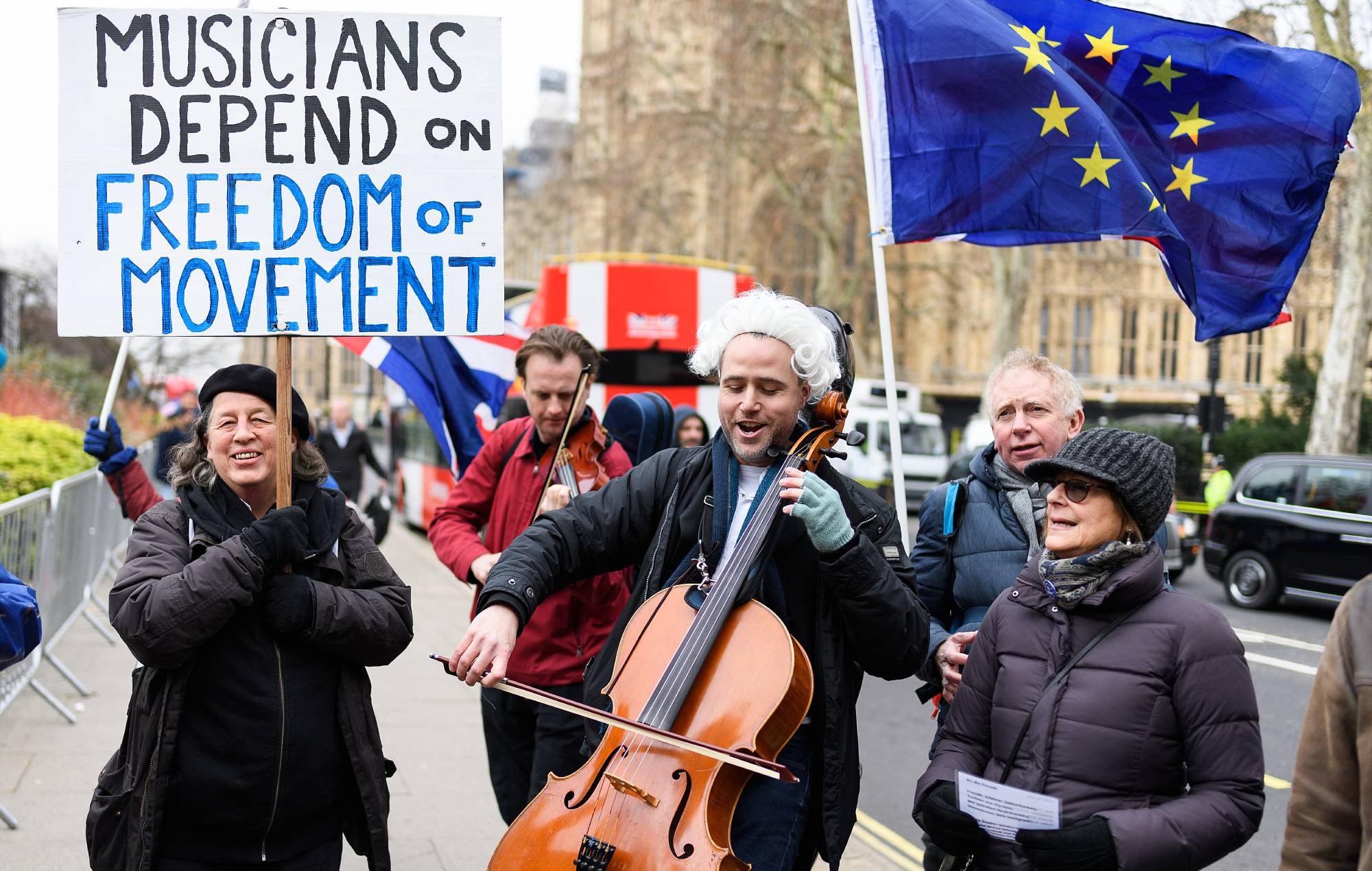 Asked when real answers and an over-arching solution to the Brexit touring visa impasse was likely, Labour MP Hilary Benn MP replied: “We’d love to be able to answer that, but I don’t think anybody can.

“You have to get the UK government and the European Commission to be willing to reach an agreement, and that’s about politics and pressure – pressure not just in the UK but also from our friends and colleagues in the various countries of Europe. The sooner there is a proposition that understands where each side is coming from and tries to address it, then we can move forward past who said what during the negotiations and on to ‘here’s a proposal, what’s your problem with this?’”

Benn added that “this is a campaign that we intend to win” by “lobbying furiously” and “leaving no stone unturned, no conversation unhad, no argument unput and no petition unpresented”. 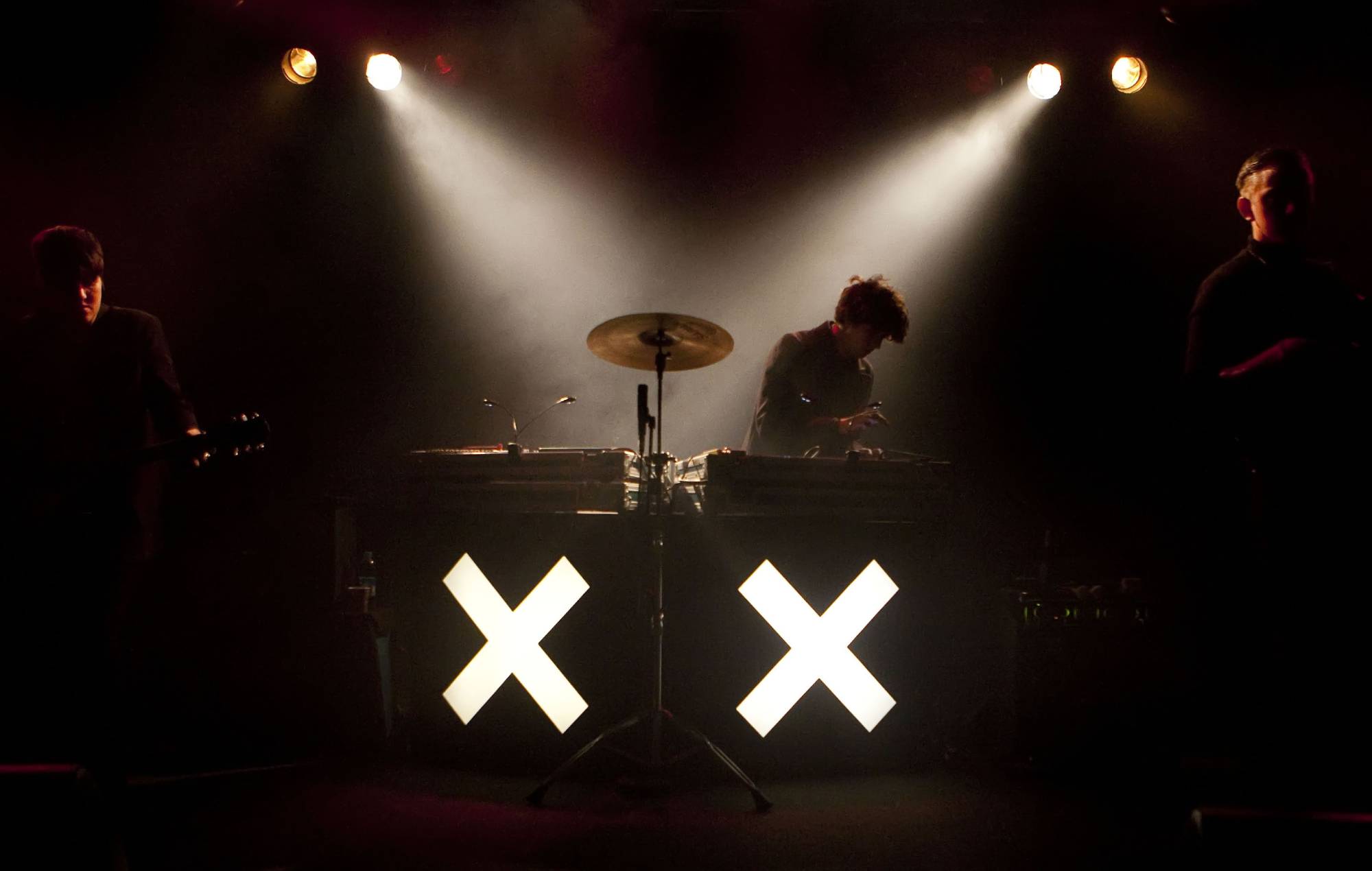 The XX perform live during a concert at the Astra Club on January 22, 2010 in Berlin, Germany.(Photo by Jakubaszek/Getty Images)

Lord Strasburger, a Liberal Democrat who has authored various open letters signed by big name artists to push the government into action agreed that, “It’s impossible for any of us to predict when any of this is going to be over, but it needs to be as soon as possible”

“This doesn’t just affect musicians, this is a catastrophe for the army of people who depend on them for employment,” he said. “It’s way more than music – it’s dance, theatre, art, film, fashion and even exhibitions and conventions.

He continued: “I recently went to the man at the top and confronted Lord Frost in a private meeting about this catastrophic no deal Brexit for our world-beating creative sector. He blamed it all on the EU, predictably but not very convincingly, I have to say. I said that it was his failure as it was he who turned down the EU’s offer during the negotiations that looked good to the industry, especially compared to where we are now.

“He said it breached the government’s manifesto pledge to stop the freedom of movement, but I pointed out that it’s not an immigration issue as he’s painting it but it’s about short-term employment for strictly limited professions. It’s about our £111.7billion per year industry that is being hobbled by being left out of the trade deal so he’d better get on and sort it.

He added: “We can and we must succeed.”

The government was also accused of treating the sector like “an afterthought” in Brexit negotiations compared to the £1.2billion fishing industry.

Responding to the criticisms at the time, a government spokesperson from the Department for Digital, Culture, Media and Sport claimed that they “had always been clear that the end of freedom of movement would have implications for professional mobility”.

A controversial issue throughout the continent, European festival promoters have said that they could be likely to book fewer UK acts as a result of Brexit, while figures from the UK music industry have expressed concern that the impact of the deal on musicians who might not be able to tour Europe could also potentially prevent them from acquiring a visa to play in the United States.

Bookers in Europe have told NME that “the effort should come from the UK” to overcome this.