Idris Elba is back with new music, and his new single Fudge with Eliza Legzdina is set to be a big summer banger.

The actor and musician, 48, has premiered his new music video with Metro.co.uk, revealing the sleek visuals the pair filmed in just a matter of hours.

Idris told Metro.co.uk: ‘Fudge is the first track in a new run of music to come from me and my London based label 7Wallace.

‘I made the track while filming in Australia and wanted to make a summer banger that we can listen to in the clubs we have all missed so much.’

The track was shot in record time to fit in with both schedules, with Idris adding: ‘Eliza and I managed to shoot the video on a flying visit back from Oz. We shot it in just a few hours in West London on a Saturday afternoon.

‘Eliza is such a star in the making – she smashed the vocals, lyrics and video out of the park and brought Fudge to life.’

Idris and Eliza’s new song is set to be a summer banger (Picture: visualsbyAJP.com/Alex Piper)

Fudge came to life while Idris was on location in Australia, having been inspired during some downtime in his sun-soaked trailer in the bush.

He added: ‘I made the song while I was filming in Sydney, multitasking baby. We sent it to Eliza and she smashed it out of the park. Ask yourself, who the Fudge ARE you.’

Eliza is a Latvian singer, poet and DJ and is rapidly making her mark in Eastern Europe, as well being a queer activist and body positivity advocate.

She believes she got a sign from the universe that something big was about to happen before Idris got in touch. 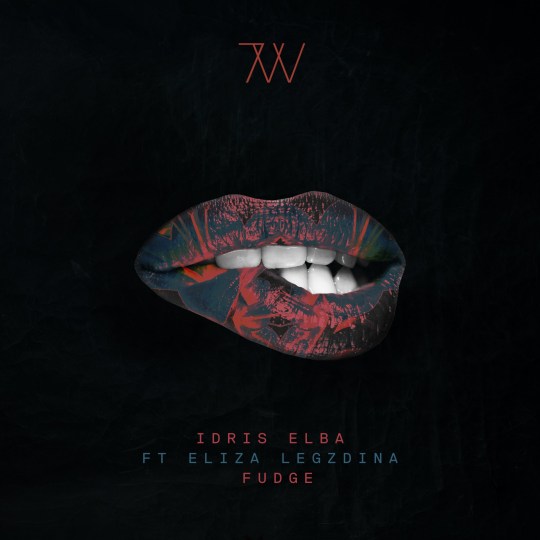 ‘Just before I got an email from Idris’s team, I saw a bat flying through Shoreditch,’ she revealed. ‘It struck me as an omen of a rebirth which is how I see the track.

‘Fudge is all about knowing you got it, you’re hot stuff and everyone wants a piece. The feeling of seeing someone so smooth and mysterious and hypnotising.

‘Idris is a man of so many talents, so being able to jump on this track which had such clear vision was a piece of cake and a blessing of sorts. I can’t wait to hear this on the dance floor, this ones for the club.’

Fudge is just the start of a run of new music Idris has up his sleeve for 7Wallace, which will be coming this summer and beyond.