Vicki Gunvalson may not appear on Bravo’s Real Housewives of Orange County anymore, but she’s keeping an eye on the current cast. This is especially the case with Braunwyn Windham-Burke, who recently revealed that she’s a lesbian and is dating a woman despite still being married to husband Sean Burke.

On Monday, December 18, a fan Instagram account shared a photo of Braunwyn, 43, and girlfriend Kris out for a stroll on the beach. The photo was first obtained by The New York Post‘s Page Six on December 17. Fans flocked to the photo to wish the couple well, but Gunvalson, 58, had some choice words for the reality star.

“Go home and be with your 7 kids!” she commented. 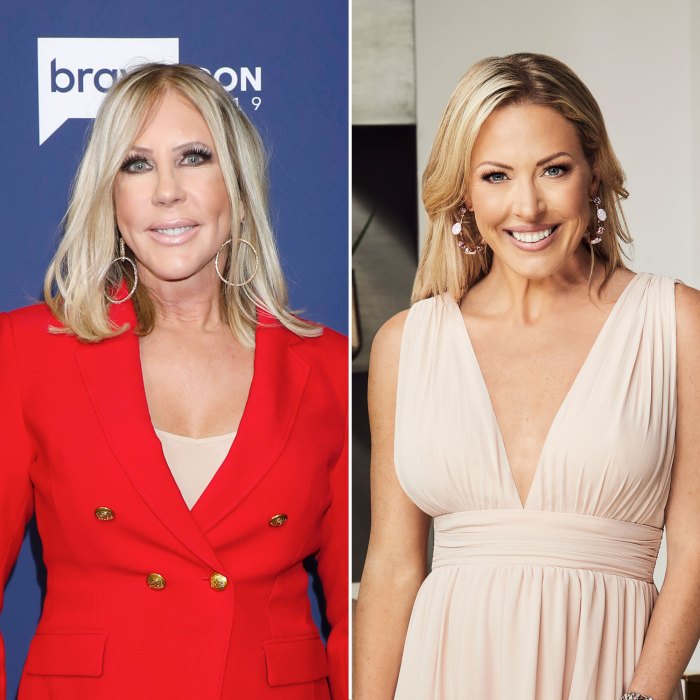 Braunwyn’s supporters rushed to her defense. Some questioned her comment, while others threw shade right back at Gunvalson.

“@vickigunvalson you literally neglected ur family for a con artist so why don’t you hop off Braunwyn,” one commenter said, referencing Gunvalson’s relationship with Brooks Ayers, who admitted to forging past medical records in a 2016 statement to Us Weekly.

Braunwyn didn’t respond to Gunvalson’s comment. She has spent a significant amount of time with her girlfriend Kris since coming out in November. The pair were spotted on a romantic beach date on December 17, and were seen kissing at sunset.

They kissed several times during their date: first on the rocks, again on the sand and once more while standing in shallow ocean water. Braunwyn and Kris were also seen holding hands and walking with their arms around each other.

Braunwyn first opened up about her sexuality in a November interview with GLAAD.

“I’m finally comfortable enough to say: I like women. I’m gay. I’m a member of the LGBTQIA+ community. I’m a lesbian. And it has taken me 42 years to say that, but I’m so proud of where I am right now and I’m so happy where I am. To be able to be comfortable in my own skin after so long is just so nice,” she shared.

Braunwyn noted that she was “still getting used to” identifying as a lesbian. She added, however, that she always knew she was attracted to women on some level. 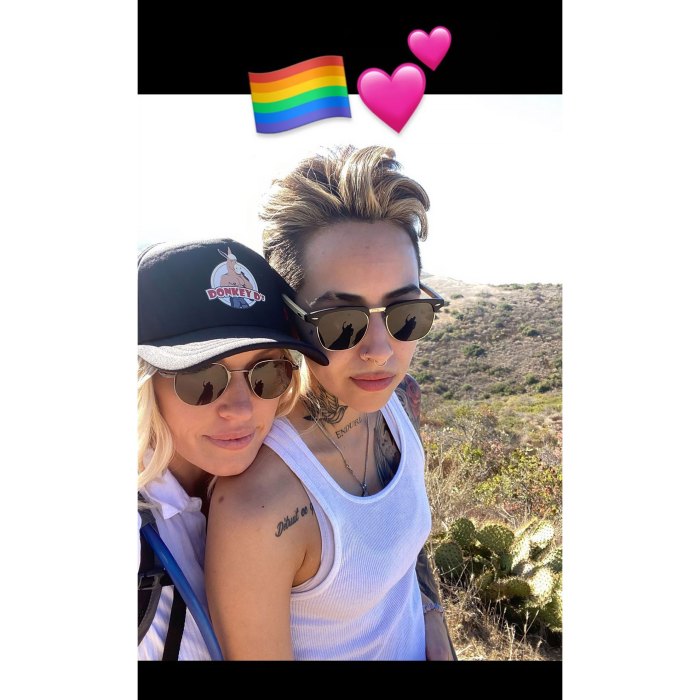 Sobriety, a journey Braunwyn documented on season 15 of RHOC, played a big part in her coming out. She told GLAAD she no longer wanted to hide her true self after she stopped drinking.

“This year, I got sober, which I know there is a correlation between the two. I know that when you get sober and you start doing the work that goes into that, you start realizing a lot of the reasons you drank had to do with who you were on the inside … This sort of became something that I didn’t want to hide anymore and I didn’t want to keep a secret anymore,” she said. “I wanna be able to go out to dinner with whoever I want without judgment. You know, as long as my husband was okay and the person I was dating was okay and knows everything. I didn’t wanna have to hide this anymore.”

Shortly after her revelation, she introduced fans to her girlfriend on social media.

Braunwyn and Sean have been married for 20 years. They have seven children: Hazel, 2, Koa, 4, twins Caden and Curran, 7, Jacob, 15, Rowan, 18, and Bella, 20. They are still married and have no plans to divorce, despite being in “uncharted territory,” she told GLAAD.