Set in 1986 Miami, Vice City – an open-world game part of the Grand Theft Auto (GTA) franchise – introduced players to some of the ’80s most iconic tracks. From well-revered hits to some more obscure tracks, and genres spanning heavy metal, pop, hip hop and new wave, Rockstar’s sun-soaked venture had something for everyone.

“Vice City brought real, pre-existing music into a satire of saturated ’80s aesthetics,” Andra Ivanescu, senior lecturer in Game Studies at Brunel University, told us. “The game draws a lot on the films Miami Vice and Scarface. It’s a parody of Miami and from its architecture and polyester suits to its fake DJs and violence, it’s all about excess.”

Hop into a car, any car, and you’ll find seven music radio stations to choose from, each playing their own distinct style of music from the ’80s. Just to name a few, there’s Wildstyle Pirate Radio for hip hop, V-rock for heavy metal, and Emotion 98.3 for power ballads. The fictional radio hosts are heavily satirised, scripts dripping in hyperbole, as they intersperse the music with surreal talk show segments, fake jingles and spoof ads.

Vice City wasn’t the first GTA game to approach music innovatively – GTA 3 featured a radio station that played the soundtrack from 1983’s Scarface – but the canon of music included in Vice City, plucked almost entirely from the ’80s, showed the power of popular music to really immerse players in a specific time and place.

“Rockstar did an amazing job of world-building through licensed popular music,” Kiri Miller, professor of American Studies at Brown University, told us. “Almost all of the Vice City soundtrack is existing popular music which was a huge deal and a huge investment in terms of licensing, marketing and making connections with record labels.” 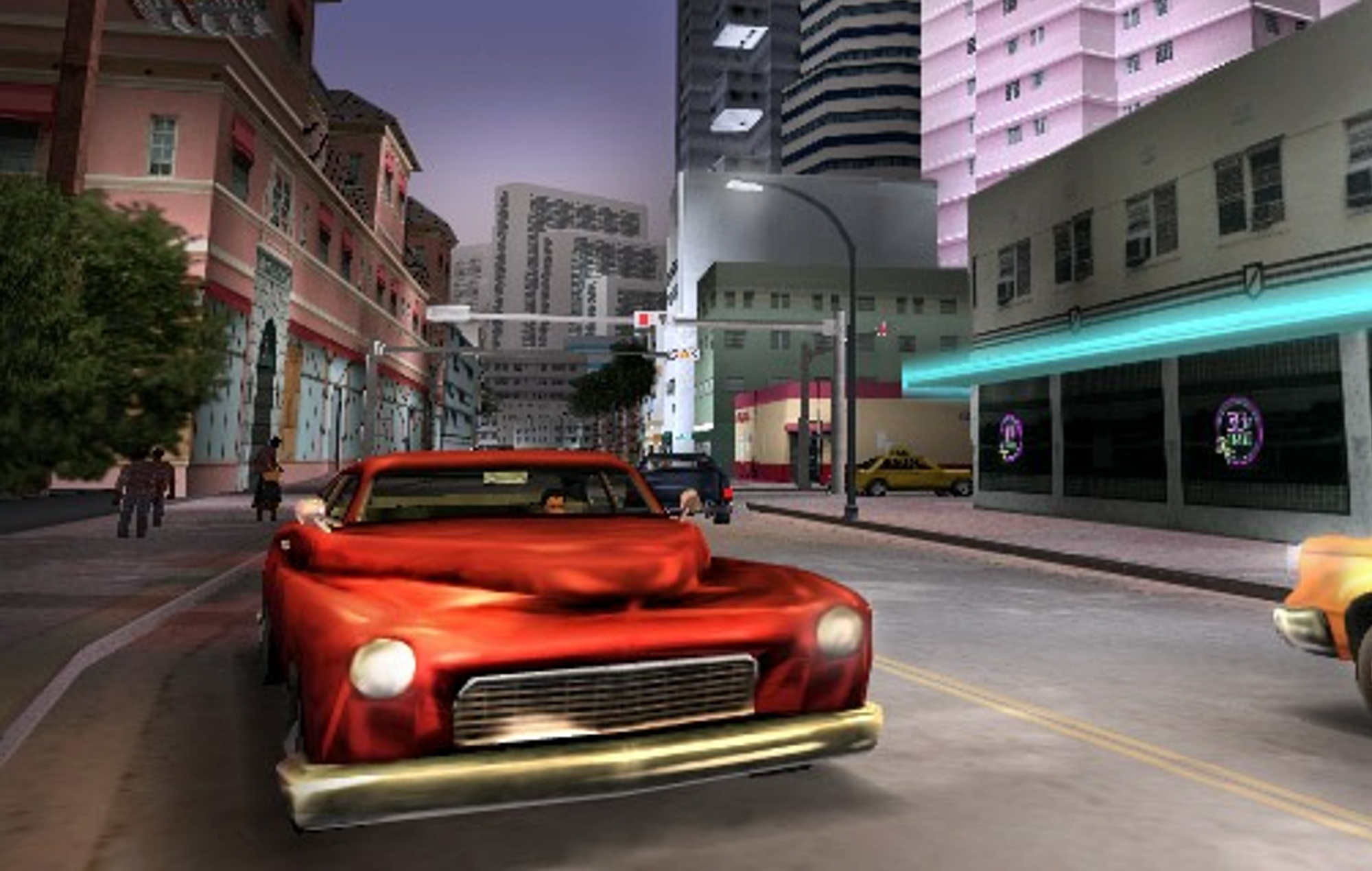 Co-founders of Rockstar Games, Dan and Sam Houser, were well placed to take the task on. “They’d previously worked for BMG and were involved in music video production,” Miller explained. “They had plenty of connections with major labels and were able to capitalise on these connections, increasingly building popular music content into the games.”

In 2002, just a year after the first iPod was released, the concept of switching between different artists and songs while playing a video game was pretty ground-breaking. Interviewing Vice City players, Miller found that the way they engaged with the radio stations had a significant impact on their overall experience of the game.

“Some used the stations to enhance their immersion in 1980s Miami, while others listened to music to create ironic distance from the contract killing mission they were on,” explained Miller. “Some would also pick songs or stations the way we use Spotify to set the mood at the gym or at a dinner party. They’d put on music that would help them complete a mission because it was more relaxing or generated more adrenaline.”

YouTuber Twin Sticks, real name Jack, reviewed the game last year and told us his experience: “If I was playing on the weekend, I’d listen to Fever 105 for more funk stuff, or if I was playing after work and was tired, I’d put on Emotion 98.3 or something more chilled out. It’s way more immersive than listening to an album or songs on Spotify.” 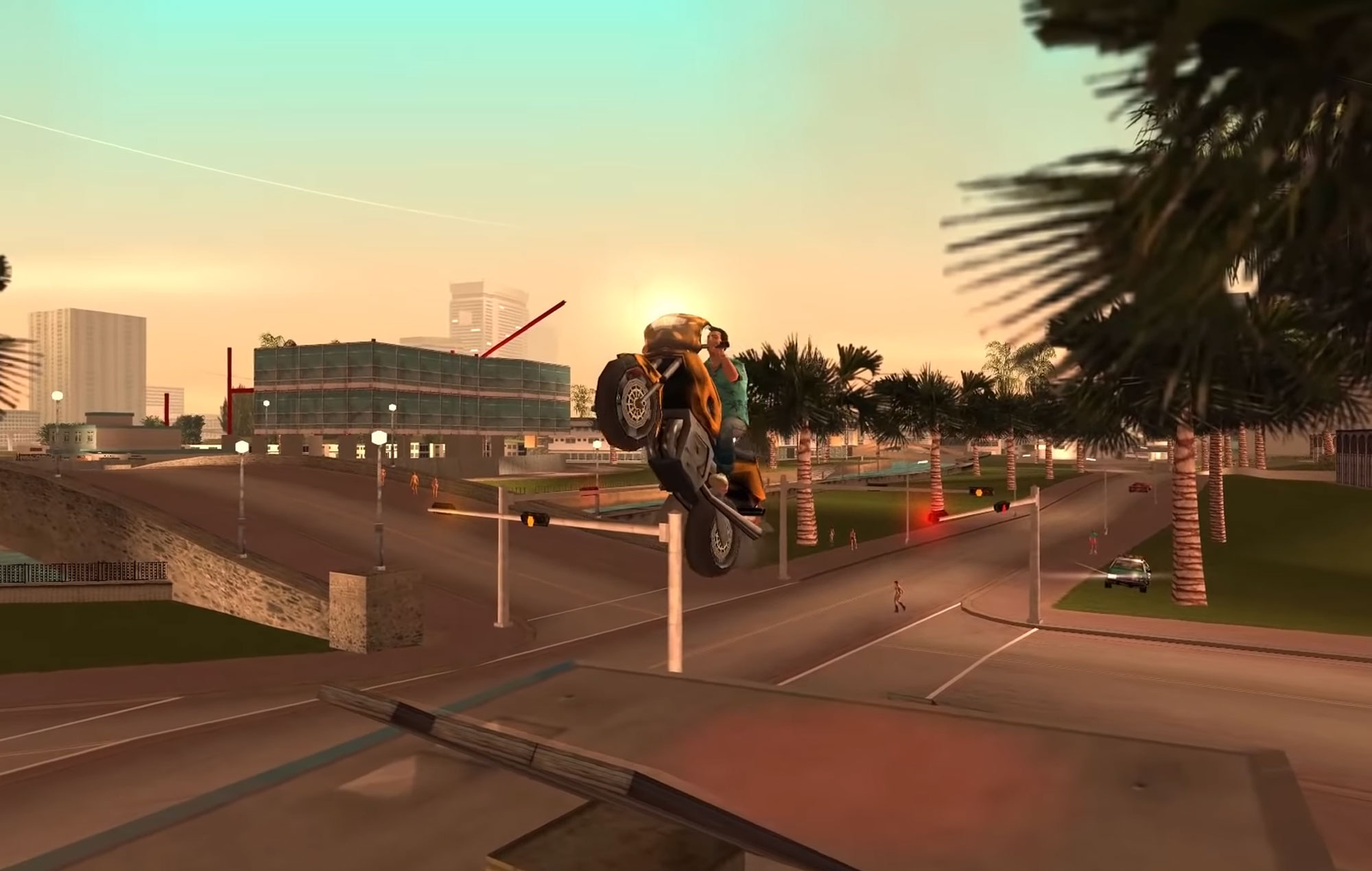 The stations were also a clever antidote to the lethargy of making long schlepps across the city for missions. “It’s really boring to drive across large parts of the game world,” said Miller. “The radio stations solved this problem, making these journeys more palatable, as you would on a long road trip or if you were stuck in traffic.”

Adam Brough (Broughy1322), another YouTuber, felt the same: “The radio stations really add to the immersion of the game and make you feel like you’re in the world. But they also, from a game design perspective, give you something to do. You don’t have to worry about going on a mission that’s a bit far away because you’ve got the radio.”

Whether you had a favourite station or went along with whatever was playing in the car you’d just jacked, Vice City got players listening to music they might not have entertained outside of the game.

“Playing Vice City was my first experience with a lot of the songs and artists on the soundtrack, like Bryan Adams, Michael Jackson and Electric Light Orchestra,” said Brough.

He’s not the only one. The Weeknd also spoke about the influence of the game’s soundtrack on his 2020 album, ‘After Hours’: “Vice City really opened my eyes to a lot of ’80s music, so there was a nostalgia for when I was a kid playing video games and listening to Hall & Oates and Michael Jackson while driving through the city,” he told Billboard.

At the time of Vice City’s release, the idea that you could introduce players to new music via video games, played for tens or even hundreds of hours, was exciting for music and game companies alike.

“A lot of industries, including the music industry, were only just understanding the impact of video games,” Ivanescu explained. “There were a lot of stats going around in the early noughties looking at how many people encounter music for the first time through a video game, and how including music in a video game impacts real life sales.”

To coincide with the game’s release, Sony’s Epic Records label released a seven-disc soundtrack replicating each radio station. In the accompanying press release for the albums, Terry Donovon, co-founder and COO of Rockstar Games at the time, said, “The GTA: Vice City soundtrack albums will arguably represent the most diverse, extraordinary and innovative collection of music ever assembled for any piece of entertainment – whether it be video games, television or feature films. Every track was lovingly and laboriously chosen to reflect the vast array of ’80s musical styles and create the perfect audio landscape for GTA: Vice City.”

“Rockstar [is] so influential with their use of popular music in games – as influential as EA Sports and Harmonix – but with a larger focus on storytelling,” Ivanescu told us. “Together they were able to have such a big impact on people’s perception of music, how we engage with it, as well as later sales and the commercial success of artists included in their games.”

For Ivanescu (and doubtless scores of Vice City fans), it’s the game’s radio stations, pulling players into a fictional 1986 Miami, that spark nostalgia for the game twenty years on: ‘Your ability to change radio stations and pick whatever you’re in the mood for – is it a heavy metal day or a pop day? – makes you listen to the music a little bit differently, and that’s partly why it remains so vivid in people’s memories.”