This could be the start of something new. Vanessa Hudgens proved she’s head over heels for new beau Cole Tucker in a sweet Instagram post on Monday, March 15.

“This makes me happpyyyy,” the 32-year-old Disney alum gushed alongside a photo of her perched on the 24-year-old MLB player’s lap. Hudgens scrunched up her nose mid-laugh as she sipped from a drink in a hollowed-out pineapple.

Tucker poked fun at his expression in the candid pic, commenting, “Smells good.” The High School Musical star quipped back, “@cotuck my ear taste good too?” 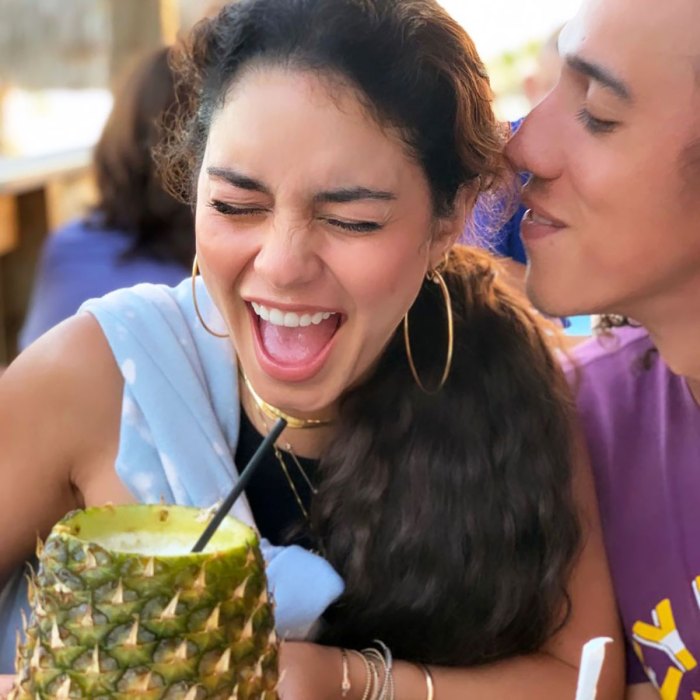 Hudgens was first linked to the Pittsburgh Pirates athlete in November 2020 when they were photographed holding hands while waiting for the valet outside of the Canyon Country Store in Los Angeles. However, the twosome didn’t make their relationship Instagram official for another three months.

“It’s you, it’s me, it’s us. @cotuck,” the Princess Switch star wrote alongside a snap of her kissing Tucker as they marked their first Valentine’s Day as a couple.

Weeks later, the Arizona native dropped the L-bomb in his first interview about Hudgens since taking their romance public. “I got a girlfriend and she’s cool. She’s awesome, I love her,” Tucker told reporters in February at a spring training session for the upcoming baseball season. “But I don’t want it to be, ‘Oh, Cole’s dating Vanessa …’ I don’t want it to be treated any differently than Mitch [Keller] having his wife down, or Ke’Bryan [Hayes] having his girlfriend come down. She’s great. She’ll be around. You will see her, but you saw the headline, it is what it is.” 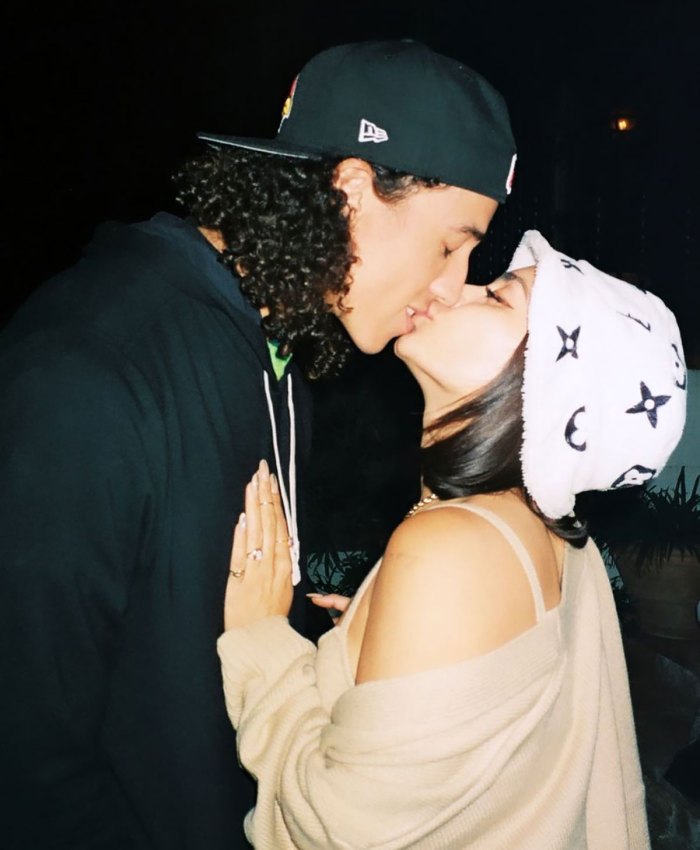 The Beastly actress previously dated Zac Efron from 2006 to 2010 and sparked a long-term relationship with Austin Butler in 2011. Us Weekly broke the news in January 2020 that Hudgens and Butler, 29, called it quits after nine years together.

“Vanessa and Austin are officially broken up, and Vanessa has been telling those close to her about their breakup,” a source revealed at the time.

Before taking her romance with the outfielder public, the Spring Breakers star opened up about what she’s looking for in an ideal partner.

“I feel like at the end of the day, it’s just about having similar fundamentals and wanting the same things. I am not picky, really,” Hudgens told Entertainment Tonight in November 2020. “I know what I want and I’m like, if someone comes into the picture and can give me all those things, then great. It doesn’t matter if they’re in the public eye or not. If anything, I prefer them not to be, but we’ll see.”