TWO families are suing Universal Orlando theme park for $30,000 in damages after a character allegedly flashed a white supremacist sign while posing for photos with two young kids.

Images from February and March 2019 appear to show the Despicable Me villain Gru making an “OK” hand gesture. 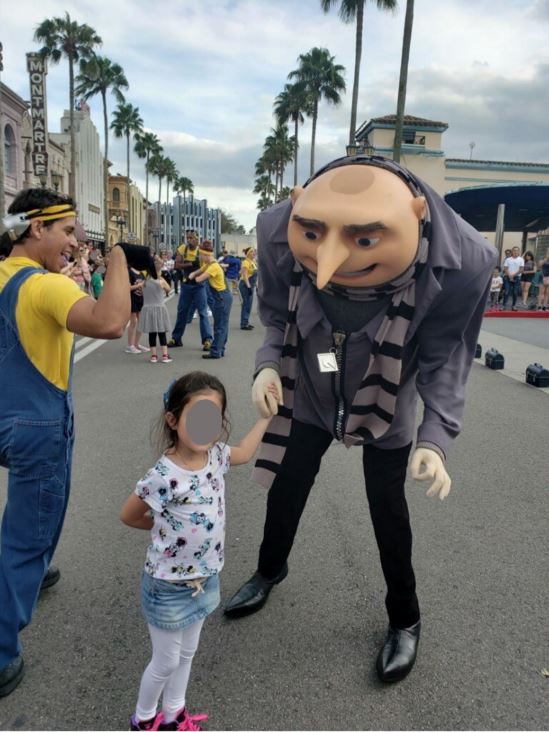 The sign has been adopted by white supremacist groups and was branded a form of hate speech by the Anti-Defamation League in 2017.

One of the girls is said to be six years old while the other is believed to be five, MailOnline reports.

The families are seeking more than $30,000 in damages according to WKMG-TV.

The lawsuit alleges: “He openly and pointedly displayed towards them a universally-known and universally-used hate symbol that indicates white power.

“This white power hand signal has become openly and widely used to express hatred towards a segment of the population-based upon a person’s race, color and national origin, and it has prevalently and commonly been known as a hate symbol for years.”

An image from February 2019 appeared to show the Despicable Me character doing the hand gesture.

A month later, the six-year-old reportedly ran up to the actor and asked for a photo at a character breakfast.

He put his arm around the young girl and the sign can be seen above her shoulder.

The lawsuit alleges that the actor let the sign “linger”.

The child reportedly wanted to show her classmates the picture but her parents said she couldn’t because “a man did a bad thing to her because he did not like her because of her race and color”, according to the court documents.

Both families are suing the theme park, claiming the girls “suffered mental anguish, loss of dignity, humiliation, embarrassment and other emotional distress”.

The lawsuit alleges that the character’s handling or the theme park “did nothing to stop it and are responsible”.

A spokesperson for Universal confirmed in October 2019 that the actor was fired but didn’t reveal the name of the employee.

Tom Schroder told the Associated Press that what the actor “did” was “unacceptable”.