Netflix has picked up the film, which has been nominated for the Oscar for best short live action film this year, and shared the trailer on social media yesterday.

In a premise reminiscent of Groundhog Day, Two Distant Strangers sees Black cartoonist Carter James (played by Joey Bada$$) reliving the same morning after a successful first date over and over again.

However, every morning when he leaves his date’s apartment to go home to his dog, he is killed by the same white police officer in horrifying displays of police brutality.

The trailer attracted major backlash on Twitter, with people accusing Netflix of profiting off Black trauma, following the deaths of George Floyd and Breonna Taylor in 2020.

‘I’m trynna find the artistic vision behind this and all I can come up with is showing people this is the never ending nightmare, reality, & fear we as black ppl live with daily.

A BLACK MAN HAVING TO RELIVE AN ENCOUNTER WITH A RACIST POLICE OFFICER OVER AND OVER? ARE YOU MFS INSANE ?!!?? LIKE ARE YOUâ !?!! https://t.co/HBr6pEzSd2

Is it because the digital arena has made police brutality so near and visible and viral, that a show like this is green lighted? Because brutality existed in the 90s and 80s and we had joyous and complicated black film and television, not infinitely looped death cycles https://t.co/nMyQFxpv5L

‘Which is….yes true…but that trauma is already depicted through real videos of police violence.’

Writer Jason Okundaye added: ‘Is it because the digital arena has made police brutality so near and visible and viral, that a show like this is green lighted? Because brutality existed in the 90s and 80s and we had joyous and complicated black film and television, not infinitely looped death cycles.’

Others asked for joyful Black stories that didn’t centre on trauma, with one reply reading: ‘Can we have black people face werewolves, dragons, monsters, witches, sorcerers and magic(and that actually good).’

However, Travon Free, who co-directed Two Distant Strangers with Martin Desmond Roe, has defended the film, promising that there is a twist that they could not put in the trailer.

In response to critics, actor Kalen Allen tweeted: ‘The film actually does a great job of exposing the constant trauma cycle. I don’t want to give away anything but I do recommend watching it’, with Free adding: ‘When you make a film with a great plot twist you can’t put in a trailer.

In response to a tweet which read: ‘Basing a short film on turning state violence into groundhog day is so unambiguously a spectacle of black trauma. F*** you @Travon for making this’, the former Daily Show writer tweeted: ‘Understand why you’d feel that way but you also haven’t seen the film or the bait and switch that’s being implored, which is why we’ve gotten where we are. I’ll say this, there’s a reason the keys scene wasn’t in the trailer for Get Out.’ 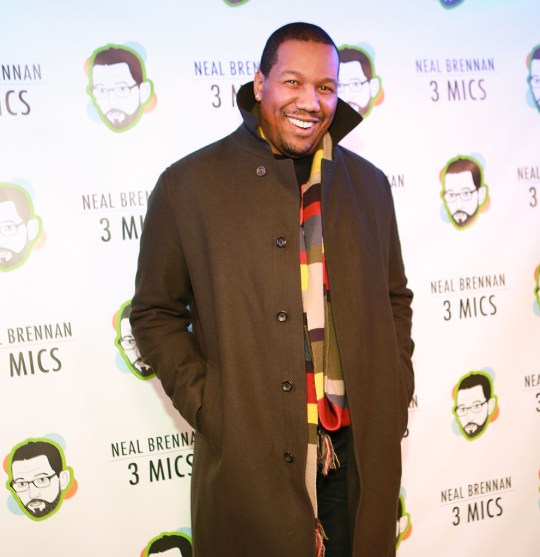 In other tweets, Free explained: ‘The complication is setting up a story without giving it away. Which is why in a trailer (especially for a short) we can only set up the story. But like everyone who’s seen it, I guarantee you’ll come away with a very different perspective afterwards.

‘It’s not what you think it is, which is most people’s assumption.’

Free previously told Revolt: ‘The film was born out of the repetition of seeing stories about Black people who were being killed by the police over and over again. And having to relive the outrage, and the sadness, and the grief, and then the acceptance of those events over and over again. And in doing that, one particular day it just kind of occurred to me…that sparked the idea of [what does that] look like on paper — on film?’

In a statement regarding the film being picked up on Netflix, the directors: ‘When we set out to create this short in the middle of the simultaneous pandemic and social justice crises, we didn’t know what to expect… All of us have been so filled with gratitude to see so many people responding to this story of resilience and perseverance.

‘Two Distant Strangers tackles a tough subject for everyone, but in an effort to forge a new direction in the conversation. And now having Netflix come on board to bring that message to millions is an incredible opportunity.’

The 30-minute film is up against Feeling Through, The Letter Room, The Present and White Eye at the Oscars next month.