“I don’t think we’re late but actually, it’s really timely,” TWICE’s Nayeon explained at a press conference about the release of her first solo record, seven years into her career. “We’ve achieved so much as a group and now we can have more fun through our solo projects and show a more diverse side of us through them.” In a way, she’s right – the JYP Entertainment girl group are enjoying a fresh wave of international interest, which propelled them to their first US stadium tour shows in May, while still remaining beloved favourites in Korea. With more eyes on them than ever, perhaps now is the best time to show what each member is made of.

The K-pop idol’s self-titled debut mini-album ‘IM NAYEON’ doesn’t hold any major surprises as to who Nayeon is though. It doesn’t stray too far from the sound of TWICE, but it is full of pop brilliance that sets the star up as not only a charismatic performer but a talented songwriter too. She contributed lyrics to two tracks on the seven-song project, and both show an artist able to vividly draw out emotion in her words.

“Tell me, do you wanna be my lover?” she asks on the syncopated summer jam and ode to the first feeling of falling in love, ‘Love Countdown’. “And baby, I just wanna be your lover / One, two, the sound of my heart is calling you.” Stronger still is ‘All Or Nothing’, a reassuring track about being the only person who can live your life. “Life can be a mess / I don’t know what’s next,” she sings, tapping into the confusion that moving through our existences can bring. “Hold me tight as if I’m still lost / It’s all or nothing, all or nothing.”

Not every track fares as well. ‘Happy Birthday To You’ is a sweet congratulations, but it feels a little lightweight compared to the rest of the mini-album. The English-language ‘No Problem’ – a comforting song about the power of love – sparkles with disco sheen but when a guest verse from Stray Kids’ Felix enters the fray, things start to hiccup.

At either end of ‘IM NAYEON’ lay its two best tracks. First, opening the whole show is the title track ‘Pop’ – a confident and assured piece of pop that’s bubblegum bright and just as addictive as blowing bubbles til they burst. Nayeon sounds nothing short of spectacular on the summer-ready single, sunnily warning: “You cannot get away from me / The twitch in your eyes / Your nervous gestures, baby / I want to pop you.”

Closing things out, meanwhile, is ‘Sunset’, which takes a more melancholy, softer and jazzier approach. Although the track dwells on sad times (“She’s beautiful like a sunset / Like a lie you disappear,” Nayeon sings at one point), it also manages to find a silver lining among the despair. “I’m scared of being alone at night,” the singer shares. “But the sunset is so wonderful.”

Nayeon’s debut solo release contains many layers, not least in its title. Whether you look at it as simply the singer’s name, or as an apostrophe-less declaration of “I’m Nayeon”, it feels like an introduction. And, as introductions go, this record makes for a warm and welcoming one – even if it doesn’t stray too much from what you’d expect. 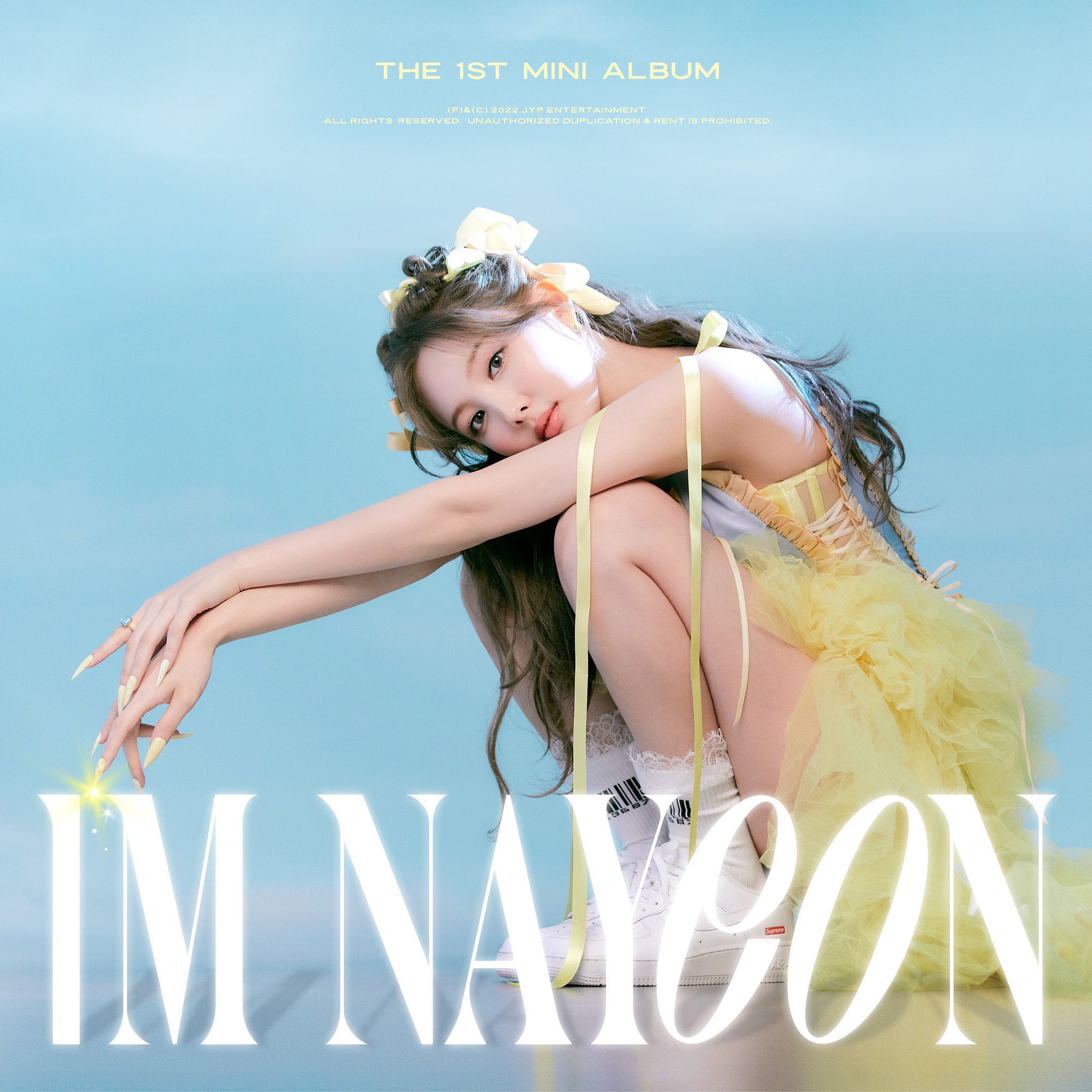