FOX News host Tucker Carlson addressed pushback against his theory that the FBI orchestrated the deadly assault on the US Capitol on Thursday night, saying he would apologize if proven wrong.

Carlson previously used his opening segment on Tuesday night to slam the FBI, hinting it played a role in the January 6 attack.

Tucker Carlson addressed pushback against his theory that the FBI orchestrated the US Capitol riots on ThursdayCredit: Fox News 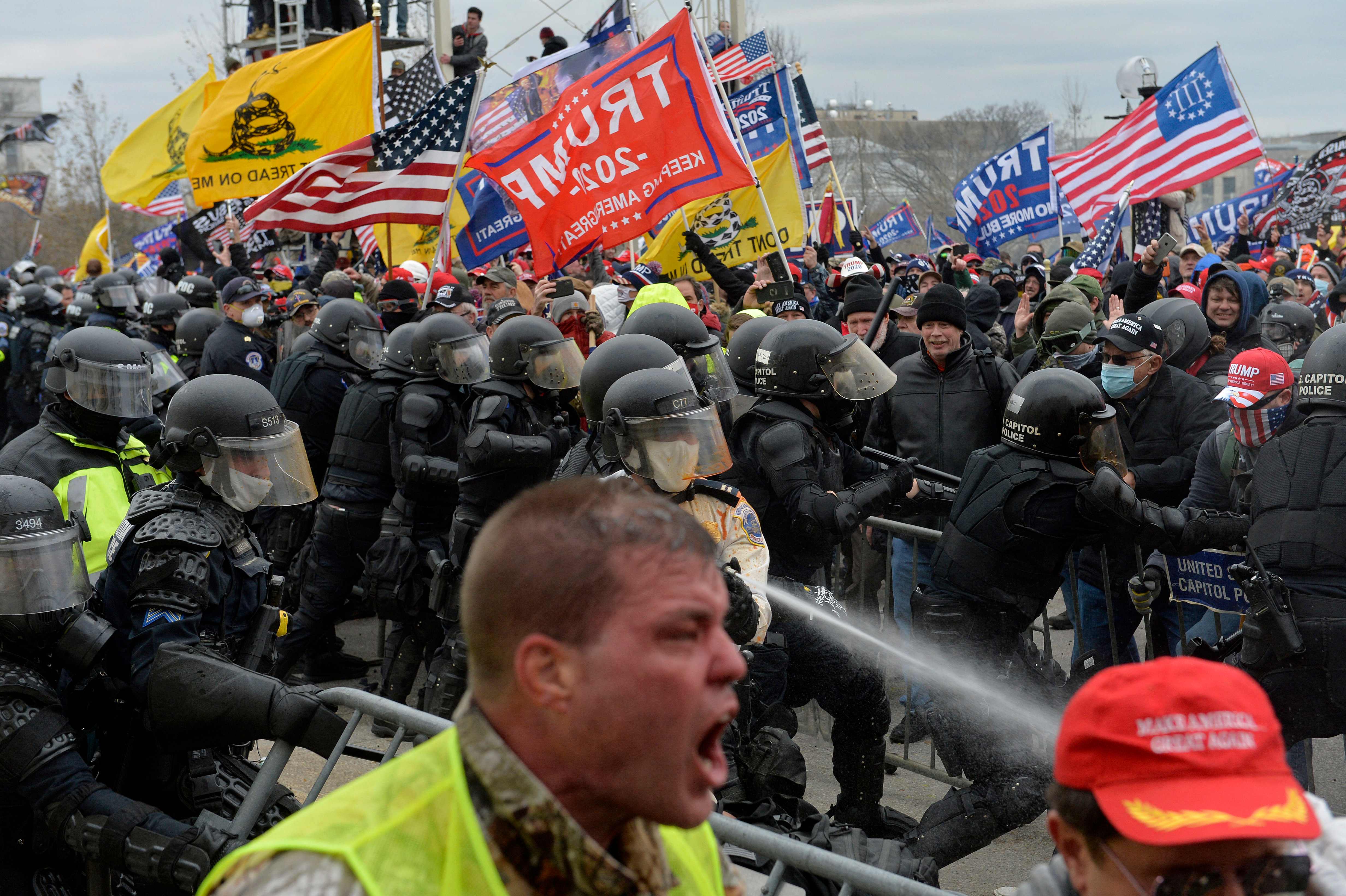 On Tuesday’s show, Carlson hinted that the FBI may have played a role in the events of January 6Credit: AFP

As a result, many news outlets such as CNN were quick to fact-check Carlson’s theory, describing his views as conspiratorial and baseless.

But on Thursday evening, Carlson asked: “How many of the so-called insurrectionists on January 6 had a relationship with the FBI? How many of these FBI moles encouraged others that day to break the law at the Capitol?

“We haven’t heard anyone answer these questions, or even address them.

“If the answer is ‘none’ – if none of the protestors were secretly working with the FBI that day – then we were wrong, and we will apologize for it sincerely. We’ll admit it immediately.”

The host went on to say, “if the answer is not none – and we’re pretty sure it isn’t none – then people who claim otherwise are liars and hacks and should leave the public stage immediately, because they have betrayed their readers and viewers.”

The Sun was unable to independently verify Carlson’s claims.

After the host’s initial remarks on Tuesday, several Republicans were quick to share the theory, tweeting about the Fox News segment.
According to CNN, legal experts laughed off Carlson’s breakdown of how court documents supposedly revealed that “FBI operatives were organizing the attack.” 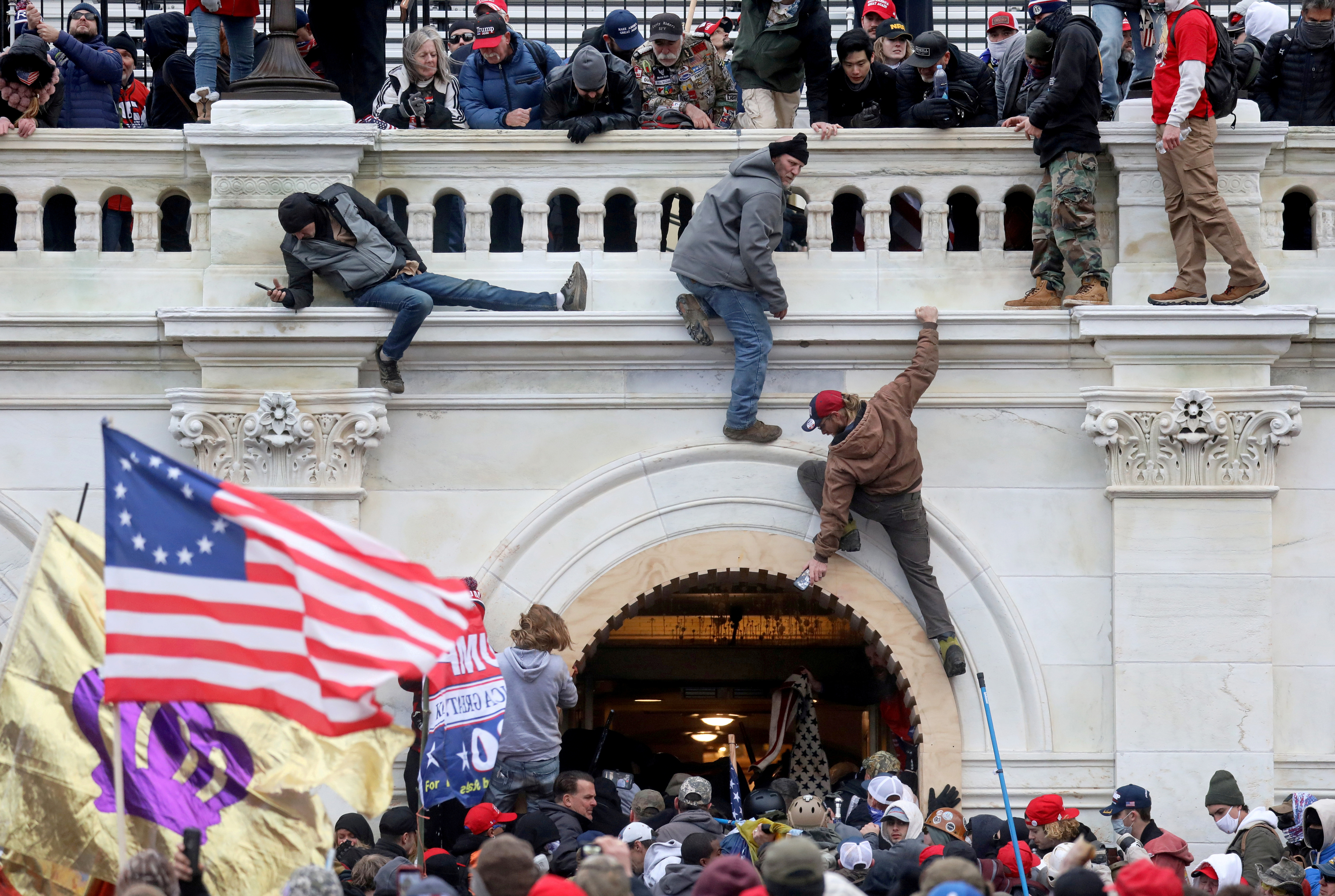 The Fox News host’s theory was quickly disputed by various media outlets, who dubbed it a ‘conspiracy’ and ‘baseless’Credit: Reuters

The theory is the latest from right-wing figures looking to draw attention away from President Donald Trump’s supporters role in the January 6 riots.

In the past, Democrats, supporters of Black Lives Matter and members of Antifa, a far-left movement, have been blamed by Trump supporters.

Carlson admitted that his theory has caused “hyperventilating in Washington” but continued to stand by it.

He then asked: “Why can’t we see the tape for ourselves? The government is hiding more than fourteen thousand hours of video surveillance tape that shows exactly what did happen at the Capitol that day. Why are they hiding that? And why aren’t news organizations demanding to see it?

“You’d hate to think NBC News, for example, or Vox, or The Atlantic, or The Washington Post, or The Daily Beast, or The New York Times, or any of them are, in fact, working to protect the regime at the expense of the public.

“But, unfortunately, we are starting to conclude that. Please prove us wrong.”