TUCKER Carlson claimed CNN’s Don Lemon has a “symbol of hate posing as a cookie jar” in his kitchen.

The eagle-eyed host spotted, what he described as, “a black face cookie jar” in Lemon’s home on Monday’s episode of Tucker Carlson Tonight.

Tucker Carlson laid into Don Lemon over something he spotted in his kitchenCredit: Fox News 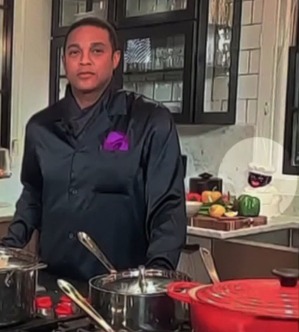 “Now, we’re not calling it to be a white supremacist here, but you have to ask yourself, and I’m going to put this on the screen now,” Carlson said.

“What is this, this symbol of hate posing as a cookie jar, doing in Don Lemon’s kitchen?” he demanded.

“Do you see that? That right there, ladies and gentlemen, is a white supremacist, QAnon, cookie jar.

“Now we are not calling for the Department of Justice to look more deeply into this because that’s not our place, we’re a cable news show not a law enforcement agency.

“But let’s put it this way if you find yourself with a black face cookie jar in your own kitchen, it’s time to reflect. That means you, Don Lemon.”

Moments earlier, Carlson said that Lemon fancies himself as a “civil rights leader” who thinks “America is a racist country” despite living in one of the whitest towns in the country. 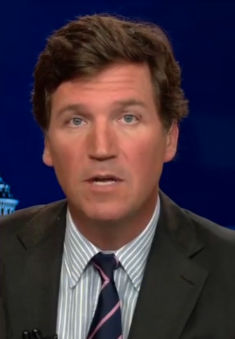 He cited Lemon’s interview with the Washington Post which he did to promot his new book, titled  “This Is the Fire: What I Say to My Friends About Racism.

“Don Lemon lives in a $4.3 million home in Sag Harbor, New York. No, he doesn’t live in Section 8 housing, he lives in one of the whitest towns in America,” Carlson said.

“In fact, 80 percent, Sag Harbor is just 3 percent African-American. In the interview, Mr. Clemon said America needs to see more people like him. He regularly lectures America about diversity.”

“When he didn’t tell “The Washington Post” is that in his free time he runs away from diversity,” the Fox News host concluded.

After the widely covered Black Lives Matter protests and worldwide outrage over the police custody death of George Floyd, Lemon told the Post he didn’t feel the country has “seen enough people like me.”

“I don’t think America intimately knows enough people like me,” he told the newspaper.

“I would love America to see Black people, especially Black gay men as — and I hate this word — normal, and as human beings and as part of the culture.

“That we have our vulnerabilities and our struggles, but we also have our successes. We love, we hurt, and we go through trials and tribulations just like anyone else.

“I don’t know if America sees Black people and especially Black gay men as fully human, and as deserving of the American Dream.”