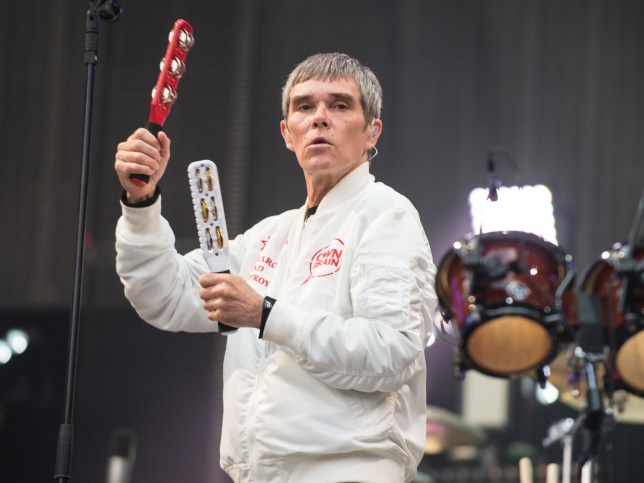 The line-up for TRNSMT Festival 2021 has been unveiled, but not everybody is happy about it thanks to one name on the bill.

Ian Brown will perform on the Friday night at Glasgow Green, following a year of anti-lockdown and anti-vaccine rhetoric.

The Stone Roses star was also set to headline last year’s cancelled festival, and remains on the Friday main stage bill along with The Courteneers, Sam Fender and Blossoms.

However, Brown remaining on the bill following his tweets that he will not perform at any festival that brings in ‘vaccine passports’ has many fans feeling rather annoyed.

One person tweeted: ‘Kind of disheartening to see @ianbrown still getting top billing at a major British festival after all the nonsense he’s been spouting about covid’, while another called for Brown to be replaced on the bill.

Another tweet read: ‘The scenes when Ian Brown walks on stage at @TRNSMTfest and gets booed off.’

They need to replace Ian Brown I’m not going to a gig to listen to his rants it’s about having fun thiers sure to be some right idiots going to see him for the wrong reasons organised troublemakers thiers sure to be bother if he plays!!!

Yous are weapons for having Ian brown

Others noted that the line-up announcement came just over a week after the 58-year-old tweeted: ‘All major festival promoters have held talks with SAGE/GOVT since early December  planning vaccine proof as condition of entry. Money is their God. Any musician going along with this is a collaborator and a disgrace!’

He also said his tour of Ireland – where lockdown restrictions continue – in May had been cancelled ‘as both our islands are currently medical experimental prison camps and we are being held hostage by GOVT for big pharma.’

Last year, Brown released an anti-vaccine song in which he sang: ‘Dr Evil and his needle, Dr Evil with a masterplan, a false vaccine like a bad dream, a plan to microchip every woman, child and man.’

The Fear singer has already pulled out of Neighbourhood Weekender Festival due to his opposition to the concept of vaccine passports, which have yet to be introduced. 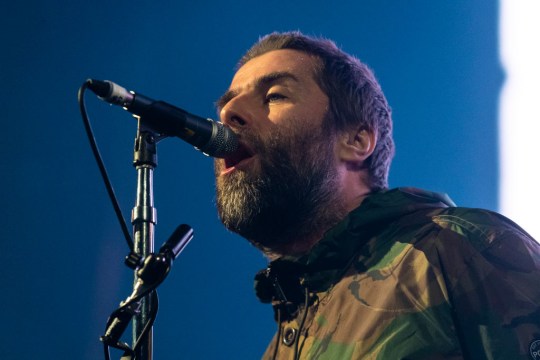 Elsewhere at TRNSMT, Liam Gallagher, Primal Scream, Keane and Snow Patrol have been announced as part of the line-up.

Organisers said there have been some alterations to the line-up due to the change in dates, and The Chemical Brothers will now perform in place of Lewis Capaldi, while Primal Scream, Dermot Kennedy and Becky Hill have been added to the bill.

Last year’s festival was cancelled due to the coronavirus pandemic and many acts were rebooked for this year’s event.

Also on the line-up is Nathan Evans, from Airdrie, North Lanarkshire, who quit his job as a postman earlier this year after helping to kickstart a viral craze of sea-shantying on TikTok and signing a record deal with Polydor Records.

Festival director Geoff Ellis said: ‘We are delighted to announce our September dates for TRNSMT today.

‘We had initially hoped for the festival to take place in July as planned, but a combination of the timetable to exit lockdown and the preparation time needed to put on an event of TRNSMT’s scale means this wasn’t possible.

‘September gives us the opportunity to put on the best festival we can for our fans after such a long time without any live music, and we will of course work with all relevant authorities to ensure we follow any guidelines that may be in place in September.

‘We’d like to thank fans for their patience and support over the past year, and we hope to see them in September as TRNSMT comes home to Glasgow Green.”

Organisers said Capaldi will return to TRNSMT for the July 2022 festival.

Capaldi said he has decided he needs to focus on making his next album and has, with an ‘extremely heavy heart’ made the ‘difficult decision’ to reschedule this year’s shows.

In a statement posted on Twitter, he wrote: ‘I hate the thought of letting anyone down, especially after the year we’ve just had, but I know that, more than anything, getting the album right has to be my number one priority at the moment. I hope you understand.’

Gallagher will headline the festival on the Saturday, and said: ‘Brothers and sisters, can’t wait to get up to Glasgow TRNSMT and blow your minds. It’s been far too long.’

Other artists who will be performing include Twin Atlantic, Picture This, Sea Girls and Vistas.

Tickets for TRNSMT 2021 are available to buy now from http://www.trnsmtfest.com.