Staying positive! Tristan Thompson left a comment on Khloé Kardashian’s photos with their daughter after the pair recently called it quits again.

Thompson, 30, left two heart emojis on a series of sweet mother-daughter pics that Kardashian, 36 posted via Instagram on Friday, June 25. In the cute snaps, True, 3, and the Good American cofounder are having fun posing at the camera together.

Us Weekly confirmed earlier this week that Kardashian and Thompson split.

“They broke up a few weeks ago,” a source told Us on June 21. “They remain amicable toward each other and will continue to coparent. Things just didn’t work out.”

The exes started dating in 2016 and welcomed their daughter in April 2018. Days before Kardashian was due to give birth, the athlete was unfaithful to his girlfriend with multiple women. They stayed together at the time, but split one year later when the athlete hooked up with Kylie Jenner‘s former best friend Jordyn Woods. Us confirmed in August 2020 that Kardashian and Thompson were giving their relationship another try after spending time together during the pandemic.

During the Keeping Up With the Kardashians reunion, Kardashian explained why she chose to stay with the professional basketball player after she found out he cheated on her while she was pregnant. 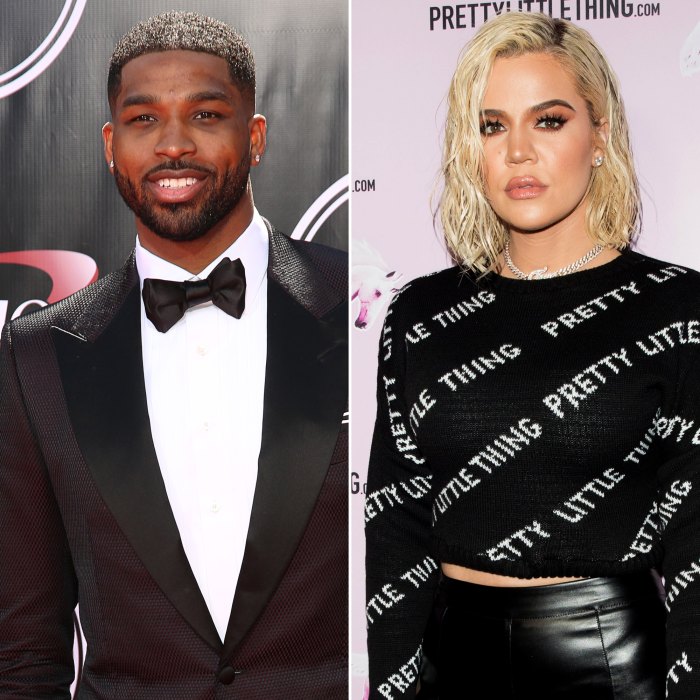 “The first time when I had True, it was a very strange [situation] … but not for the baby. It was just, like, the circumstances. It’s so hard to explain,” she recalled during the June 20 episode. “I felt so overwhelmed, like, if I go home, there’s going to be all this paparazzi, everyone asking questions, everyone coming over. I needed to just be alone with my daughter and it was the best thing I did, having three months alone with True. I mean it just sort of happened and I did then have this [thought], like, ‘OK, it’s for my baby,’ which is strange.”

“I mean, I definitely trust him as a friend and all those things, but I’m not someone that, you know, when I need to find out everything comes my way,” she told host Andy Cohen at the time. “I just have to trust … I just need to focus on today and go day by day. I can’t worry too much about everything else.”