The trio was voted by the public to part in the latest challenge for meals, called Cells Of Hell.

Naughty was once again chosen for the challenge of winning stars for camp, this time joined by former footballer David and EastEnders star Adam.

The Bushtucker Trial saw the group work together in different cells to try and find keys – the more keys, the more stars they grab, and the stars mean some really decent food for the camp.

Which, unfortunately, they didn’t get!

‘You’ll each be locked in a separate cell. The object of the trial is to open the lockers in the third cell and retrieve the 11 stars inside. You’ll only be able to do that by retrieving the keys from the lockers in the previous two cells and pass them on. You’ve got 11 minutes,’ Ant McPartlin explained.

Arriving at the trial with Adam and David, Naughty Boy said: ‘I’ve been wanting these two to do a trial and I’m just really excited that I’m the one to do it with them.’

They each opted for a cell, and it was far from an easy task. David in the first, Adam in the middle, and Naughty Boy in the last.  All three were drenched to the bone with rotten fruit, offal, and more rotten goo not worth quite thinking about. 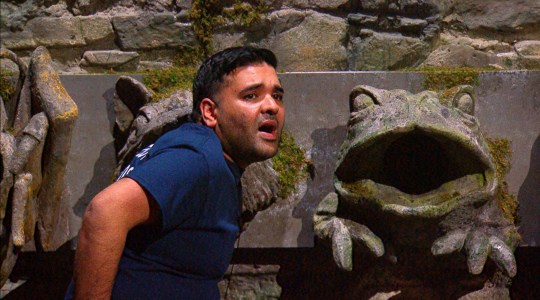 Naughty Boy struggled to open his padlocks throughout the trial (Picture: ITV/REX/Shutterstock)

As a result, the keys became harder to find and each initially struggled to open the slippery padlocks, which were only more difficult to open as the minutes ticked by and of course, as more gunk was pelted at them.

David and Adam began to find a rhythm, but Naughty struggled to open his padlocks and the bag to put the stars in, which wasted more time. Adam then began dropping keys in Naughty’s cell which remained on the floor, harder to see and retrieve, among all the gunk.

The Trial ended, and altogether they’d collected only four out of 11 stars. 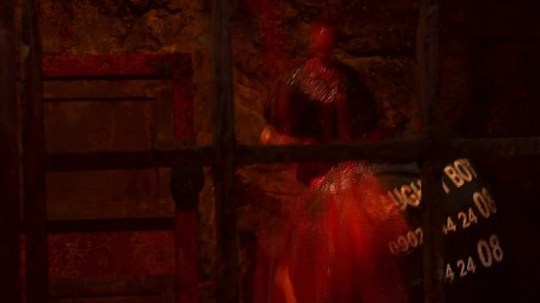 All three got covered in gunk in the Cells of Hell and only collected four out of 11 stars (Pictures: ITV / Rex)

Deflated, Naughty Boy said he tried his best and was ‘disappointed as I’m the one who could have got another three.’

Alas, the result was a gourmet meal of fish heads for the camp, which after the initial slight disgust, went down better than expected.

And with the most votes from viewers, Naughty Boy will take part in ‘Gross Vegas’ alongside Matty Lee who was also put forward.

I’m A Celebrity returns Sunday at 9pm on ITV.