A lot of fans saw this coming (Picture: ITV)

Many Trigger Point fans patted themselves on the back following Sunday’s dramatic finale as it was confirmed Karl Maguire was the one behind the attacks, a revelation several predicted early on.

The tense final chapter finally showed the bomber’s identity which ultimately put the ongoing case to rest, and the culprit was Karl – a mechanic who worked on motorbikes and was once on the path to joining the police force himself.

Bomb disposal expert Lana Washington (McClure) and the gang gathered their evidence together, but it all came to a head when Karl entered the count site and exposed a bomb strapped to his chest.

‘So what was it, Karl? Were you using me, was it all bulls****?,’ asked a devastated Lana, while Karl was aggressively holding a terrified victim hostage.

As the police surrounded the room, a trigger was pulled in Karl’s direction and he was found shot dead at the scene.

While some fans were shocked to learn that Karl was the one behind the attacks, several couldn’t help feeling a little smug as they figured it out already.

‘Knew it was him several episodes ago,’ one viewer wrote.

#TriggerPoint well that was obvious! Hey canât a good looking guy not be a psycho? Karl really confirmed my fears in men ð I donât know any that crazy tho! Anyone else not shocked

It was a dead cert when Karl turned up with a coffee for Lana that he was dodgy and involved. #TriggerPoint

While another added: ‘TriggerPoint well that was obvious! Hey can’t a good looking guy not be a psycho? Karl really confirmed my fears in men 😂 I don’t know any that crazy tho! Anyone else not shocked.’

A third person weighed in: ‘Hands up if you said “It’s him!” when Karl showed up in the second episode? 🤚 #TriggerPoint #Obvious.’

Ahead of Sunday’s finale, Vicky shared a black and white snap of her in uniform and thanked her followers for tuning into the thrilling six-parter.

She wrote: ‘The final episode of #triggerpoint tonight! 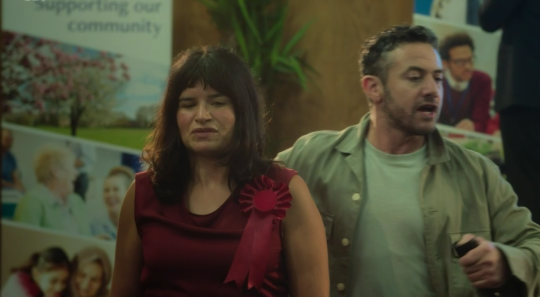 ‘Knew it was him several episodes ago,’ said one viewer (Picture: ITV) 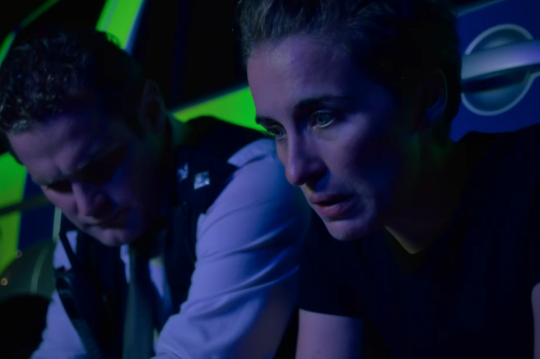 ‘Can’t thank you all enough for watching! It’s been so humbling reading all your messages, seeing you enjoy the show!

Trigger Point has kept viewers on their toes right from the start, after Lana and colleague Joel (Adrian Lester) found themselves at risk of accidentally detonating bombs on more than one occasion.

However, it was a short-lived adventure for Joel, who was blown up by an explosive after noticing a bomb hidden in a nearby van.

Trigger Point is available to stream on ITV Hub.