From the creator of Line of Duty comes your new TV obsession: Trigger Point.

The explosive ITV drama turns the spotlight on counter-terrorism policing and the deadly reality of working on the Metropolitan Police Bomb Disposal Squad.

But who stars in the thrilling new show, and when does it start?

Here is all you need to know about Trigger Point.

When does Trigger Point start?

Trigger Point kicks off on Sunday, January 23 at 9pm on ITV.

The new Sunday night drama has a total of six episodes that will air continuously throughout January and February. 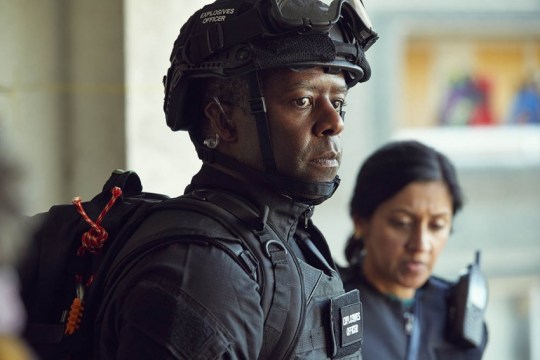 Viewers will be able to catch up with any missed episodes via the ITV Hub.

What is Trigger Point about?

The new ITV show follows Lana Washington, an ex-military bomb disposal operative – known as an ‘Expo’ – who conducts her dangerous job alongside colleague Joel Nutkins, who bonded with Lana when they both served together in Afghanistan.

One fateful summer, a relentless terrorist campaign threatens the safety of Londoners.

Lana can’t help but become suspicious that the bomber is deliberately targeting her unit – but how can she prove it and expose their identity?

Tune in on Sundays to find out.

Who is in the cast of Trigger Point? 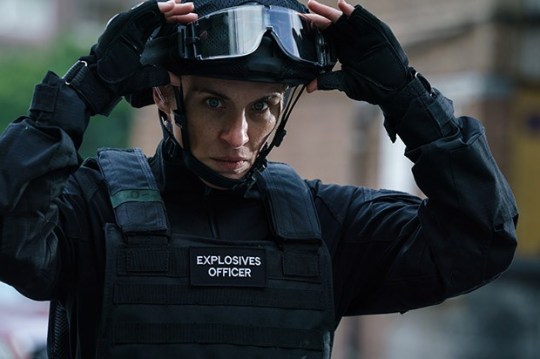 Speaking about Vicky and Adrian’s respective characters, writer Daniel Brierley said: ‘Lana is the centre of the story for me, she’s real, vibrant and complicated.

‘She really fits in with the central paradox of the story, how do you train yourself to be this cool in the face of danger and then survive in the real world and have relationships?

‘For me you can’t really have Lana without having Joel, they are part of a double act. He’s the only one who sees all the sides of her – she never has to pretend around him and he gets her.

‘They have this symbiotic relationship and they both complete the other. So I couldn’t have Lana, who is raw, vulnerable and wears her heart on her sleeve, without having a character like Joel who is the opposite.’

Other cast members include:

Is there a trailer for Trigger Point?

ITV premiered the first trailer for the series on Sunday, November 21, 2021.

The thrilling clip sees Lana wearing full bomb disposal gear, heading for a car while fellow officers stand back before she makes a frightening discovery just as the clip cuts to black.

You can watch it below.

Trigger Point kicks off on Sunday, January 23 at 9pm on ITV.