SHELBY Tribble has stripped down to two bikinis as she hits the beach with boyfriend Sam Mucklow and their baby son.

The former The Only Way Is Essex star soaked up the sun on Majorca alongside Sam, 28, and little Abel, who she gave birth to in November.

Shelby showed off her figure in the white bikiniCredit: BackGrid

Shelby, 28, looked to be enjoying her relaxing trip to the beach as she donned a white two-piece to top up her tan.

Walking along the white sand, she was seen smiling and laughing as her boyfriend Sam doted on Abel, carrying him on his hip.

Tying her hair up into a neat up-do and donning a pair of oversized sunglasses, Shelby showed off her trim tummy in the bikini.

Looking sensational, the reality star swapped the white number for a racy metallic green bikini as they spent time dipping their toes in the water. 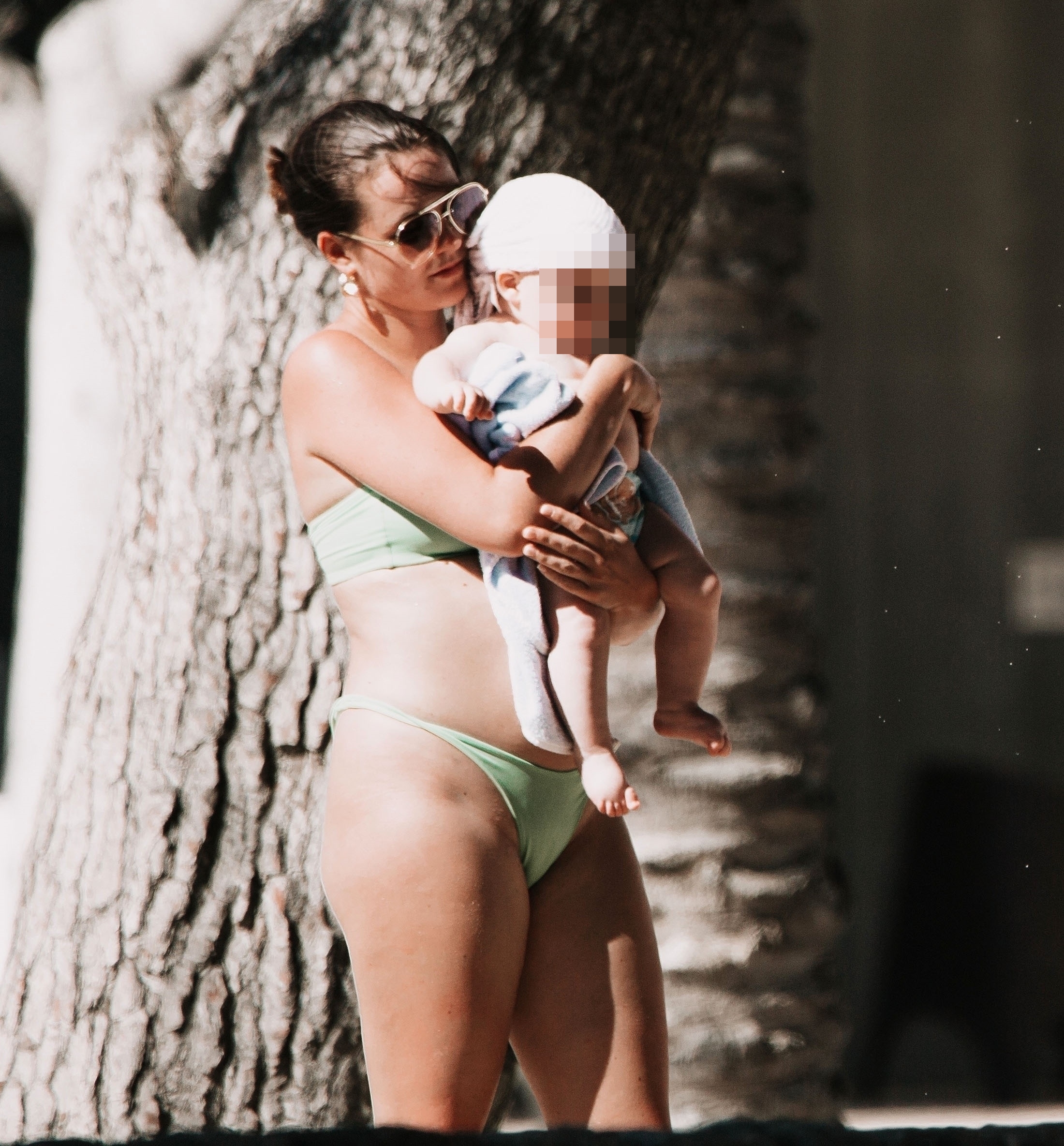 She then stripped down to a green bikini in another snapCredit: BackGrid 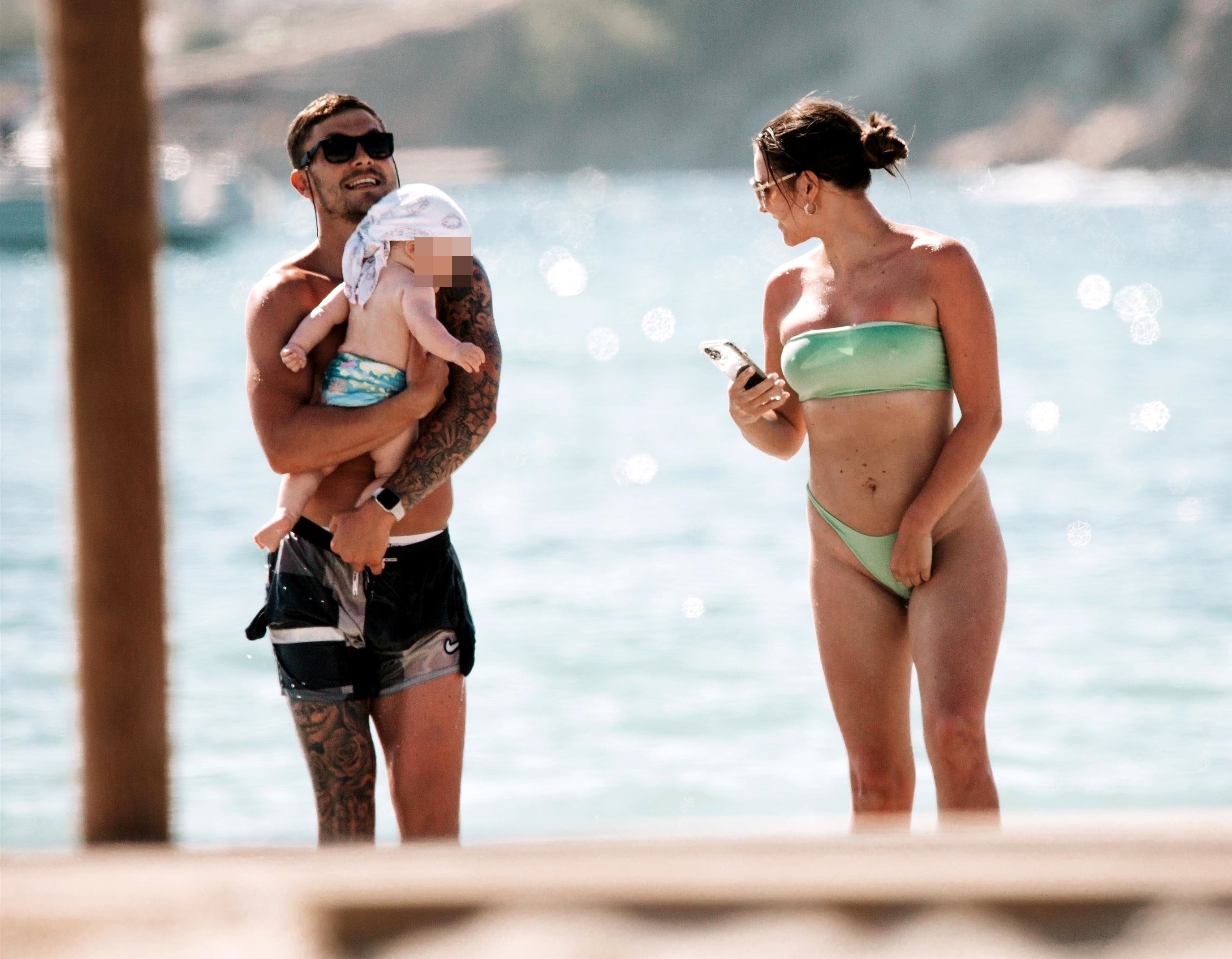 The couple went for a walk along the beach with their sonCredit: BackGrid 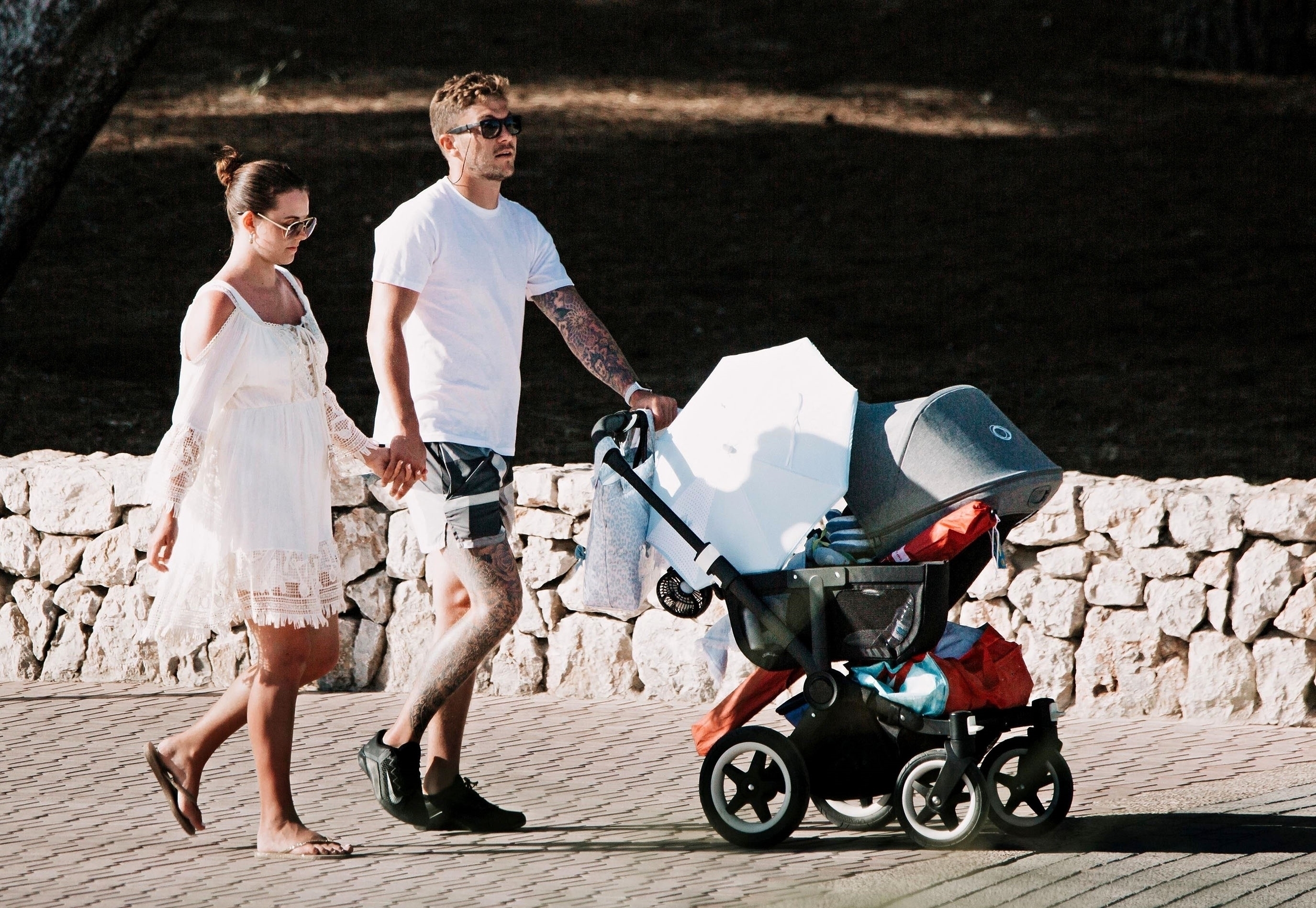 Shelby covered up in a white dress before heading to their hotelCredit: BackGrid

While Sam wore black and grey swim shorts, baby Abel was covered up in a white head-scarf in his dad’s arms, before being placed in his buggy.

Changing on the beach, the Towie star then slipped into a white beach cover-up as she prepared to wheel her son away in the pram.

Abel was slipped into a blue and white striped romper, while Sam stripped down into his Calvin Klein boxers and smoked a cigarette.

They took turns taking dips in the crystal blue waters before walking hand-in-hand back to their hotel nearby the beach. 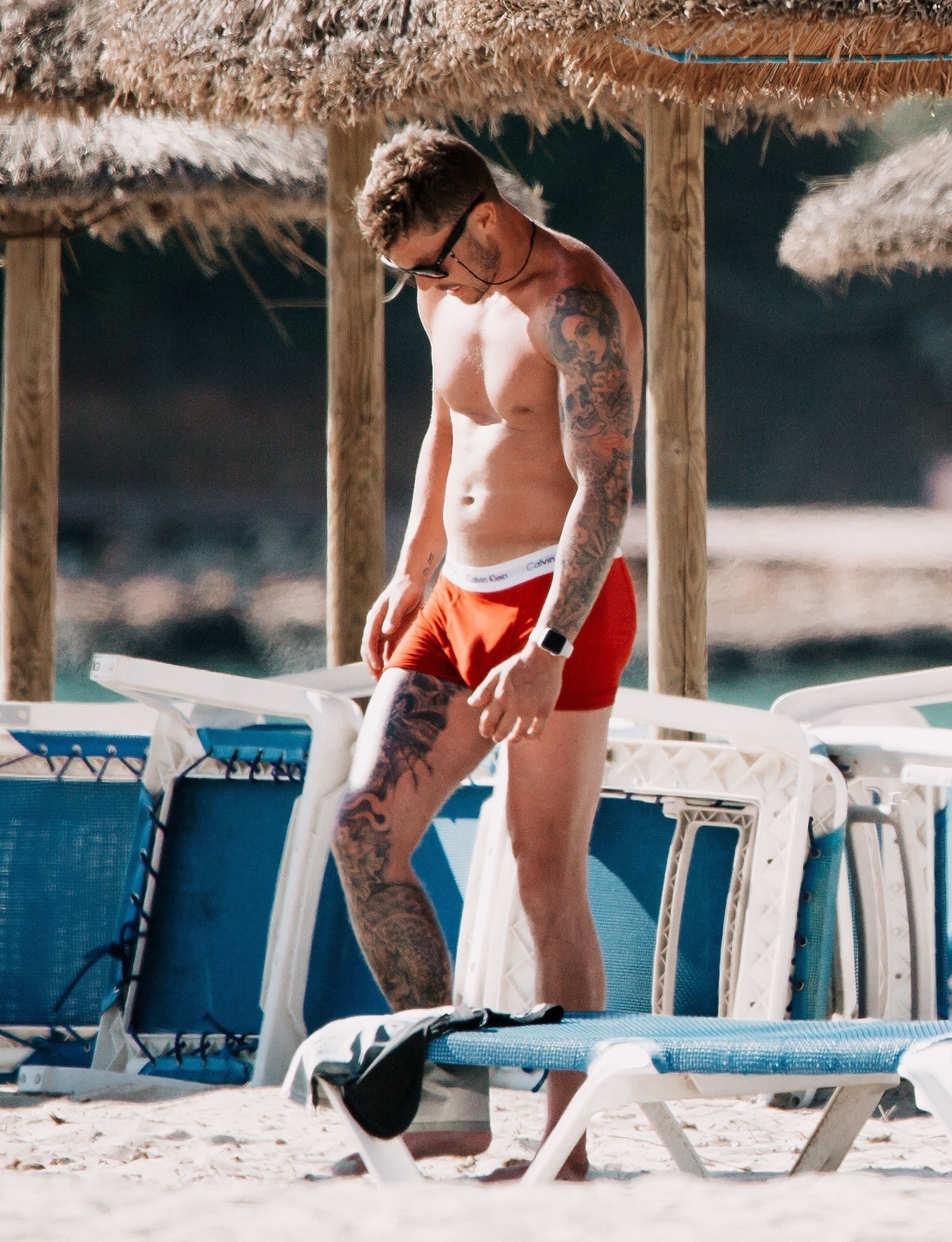 Sam wore his Calvin Klein boxers on the beachCredit: BackGrid 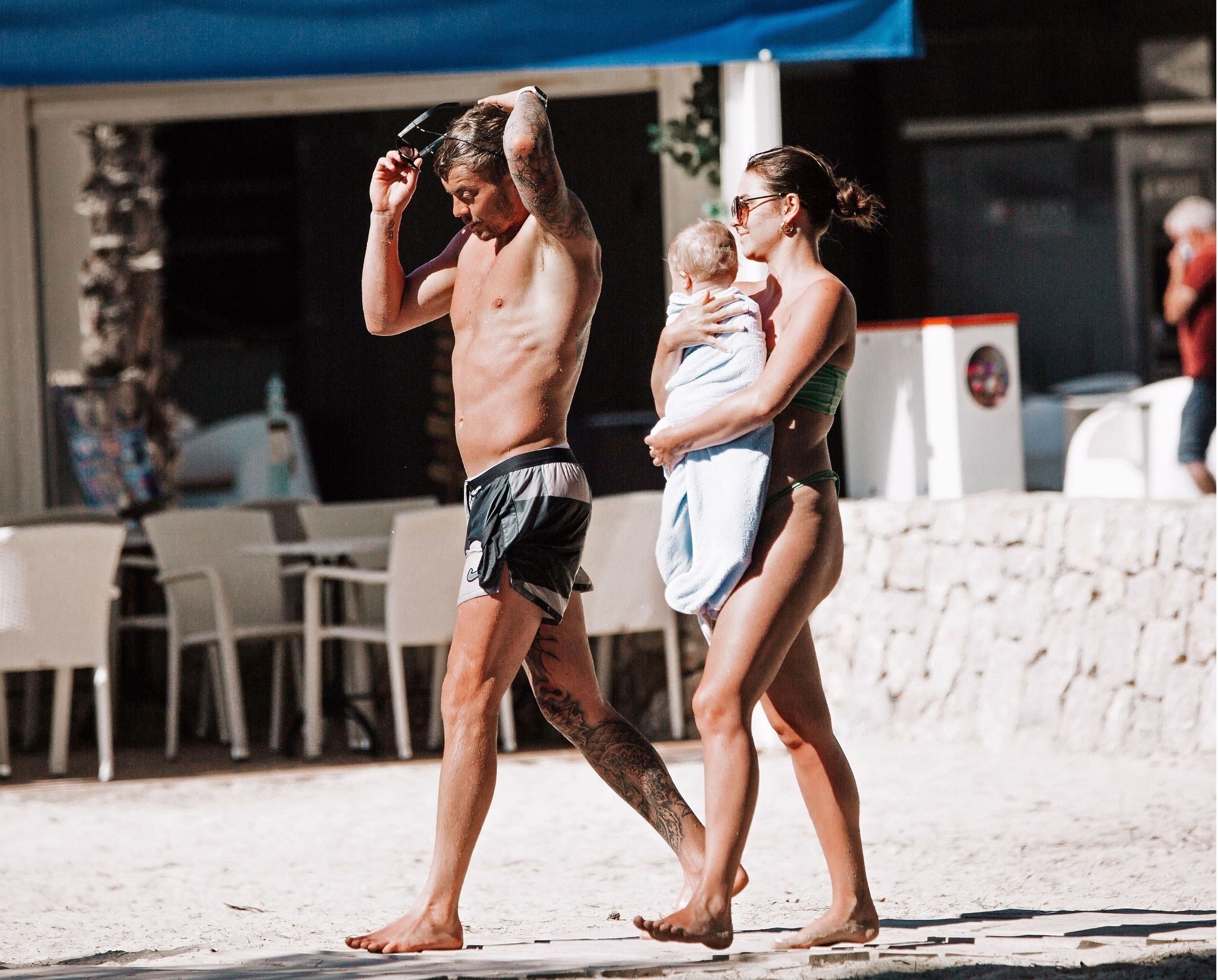 The couple took dips in the waterCredit: BackGrid

The couple have just jetted off on their first family holiday with their baby son, months after welcoming him in November 2020.

In December, Shelby was forced to defend her son against vile trolls who dubbed him “ugly” after posting a sweet newborn snap.

While many of her followers loved the cute photo and caption and insisted baby Abel was “Sam’s double”, one mean keyboard warrior typed: “‘ugliest effin thing I’ve seen”.

Fuming Shelby immediately called out the crushing comment and said: “‘I am so angry. How dare some vile human write that about my innocent gorgeous boy. 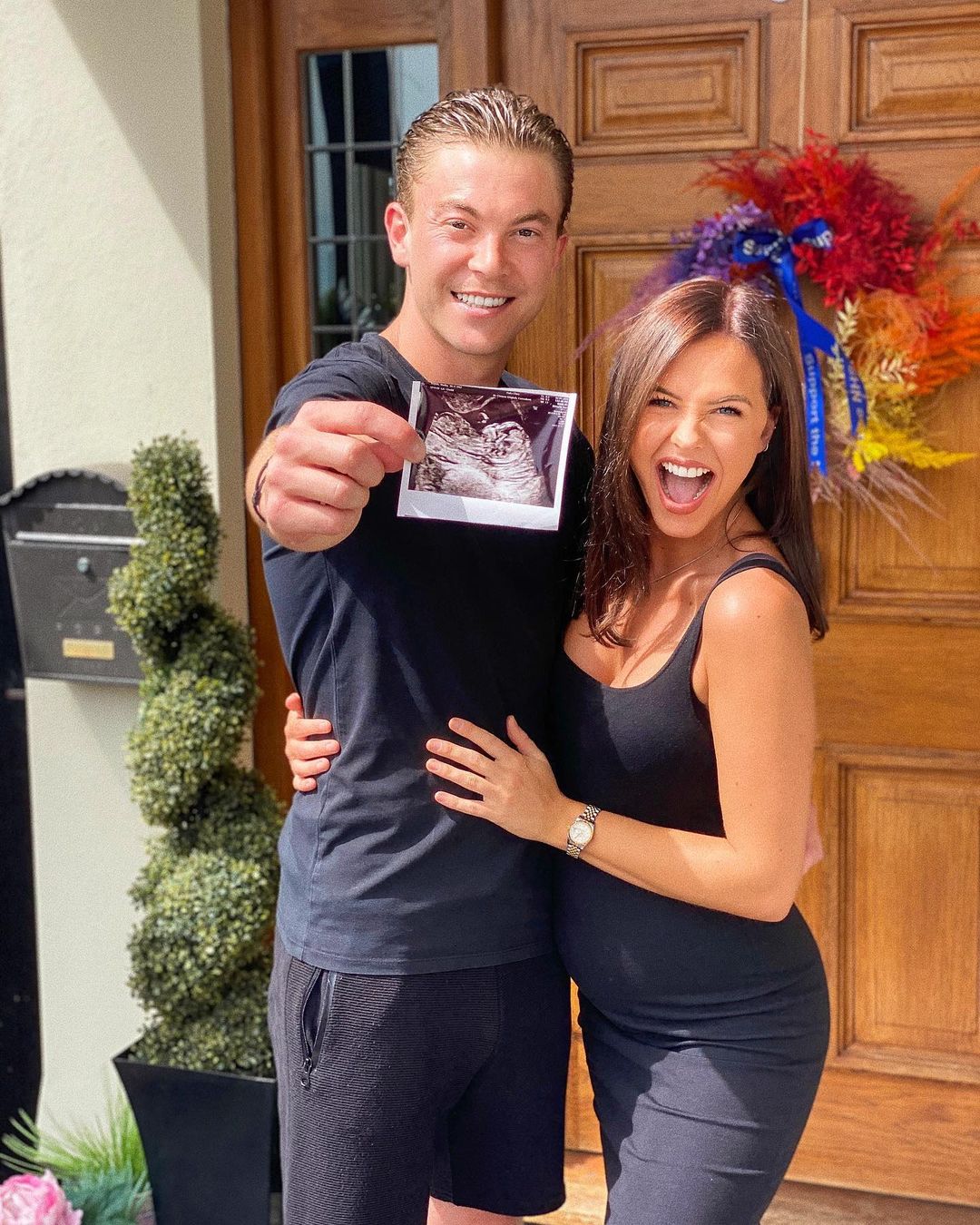 “I hope whoever you are you go back to your sad miserable little hole and disappear.”

She added: “Thank you to everyone who has taken the time out to report that account and sent lovely messages.

“I wouldn’t let trolling bother me usually, it does, but I’ve learned to deal with it. I just block and ignore.

“But what I will not ignore is the fact that someone has written that about my innocent baby boy and I think it’s disgusting. 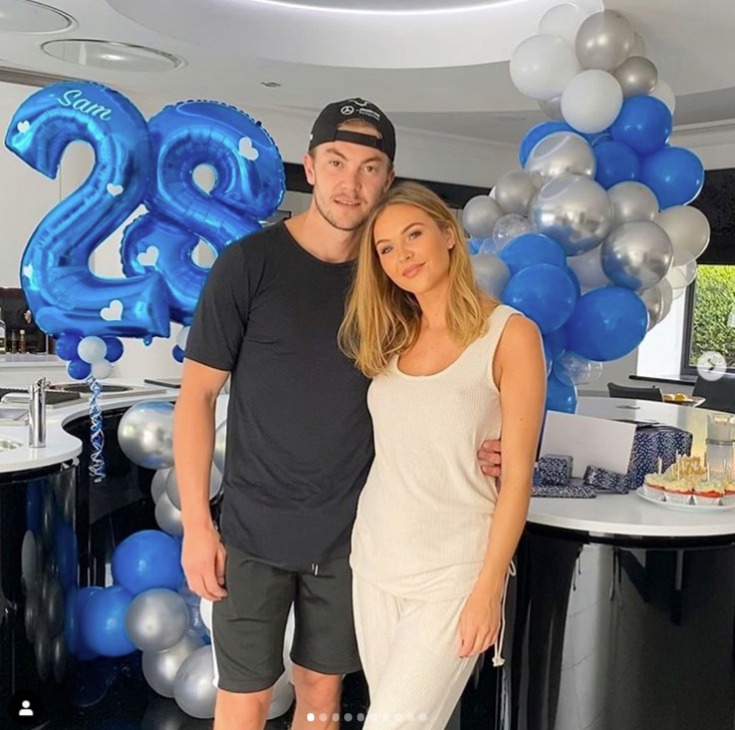 Shelby recently had to defend her son on InstagramCredit: Instagram

Shortly after the birth, Shelby shared a heartbreaking Instagram post saying she “hates” herself and wants a “face and body full of surgery”.

Sharing a makeup-fee selfie video, the 28-year-old wrote: “I barely spend time or post on my social media because everytime I go on it, it makes me feel so s**t about myself and the way I look.

“To try and keep up with a certain standard is hard work. I already suffer with low confidence and self esteem. It honestly makes me want to get a face and body full of surgery.

“Lockdown is really getting to me now also, I feel like I don’t have conversation in me at the best of times, now it’s non existent. I hate myself. I wish I was super confident.” 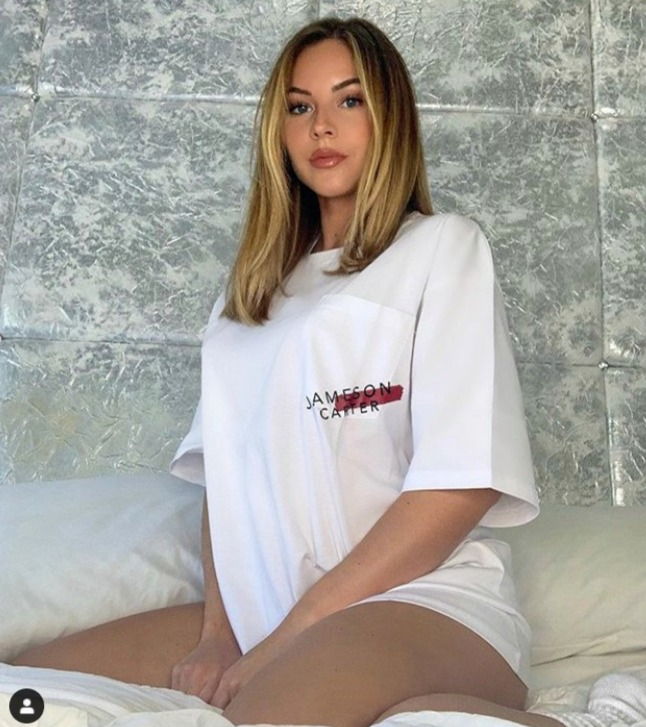 Shelby struggled with how she looked after the birthCredit: Instagram

It was back in May 2020 that Shelby announced she was pregnant with her first child.

The 2015 Miss Great Britain winner and Sam showed off a sweet ultrasound photo of their unborn child on social media.