The Only Way Is Essex star Chloe Sims has branded Boris Johnson a ‘blonde Grinch’ over fears that the Prime Minister has ‘taken Christmas away’.

In a first-look clip of Sunday night’s instalment, Chloe is chatting with Bobby Norris and Georgia Kousoulou about the PM ‘cancelling Christmas’.

‘Is Boris taking Christmas away from us?’ Georgia asked her pals. ‘You know what I’m like about Christmas.’

‘He wouldn’t, he couldn’t,’ Chloe insisted.

Bobby chipped in: ‘So what do you mean, the 25th December means nothing this year?’

‘If we can’t socialise, what’s the point,’ Georgia added. 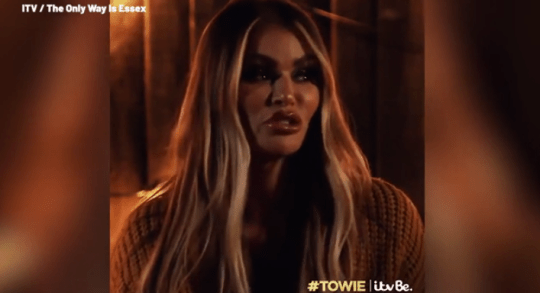 Chloe had a message for the Prime Minister (Picture: ITVBe) 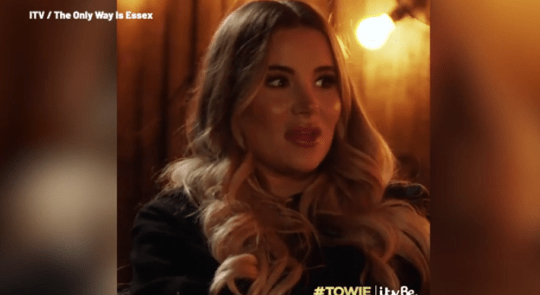 Chloe concluded: ‘If that blonde Grinch takes away Christmas right, I am going to start a march of my own.’

It comes after the Prime Minister joked that the ‘rule of six’ would be ‘a good excuse to avoid the in-laws at Christmas’, as millions of Britons struggle with the new restriction on their family lives. 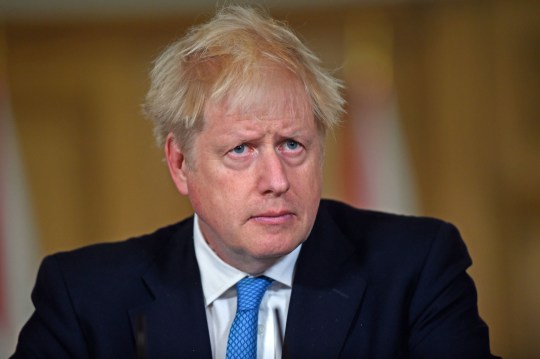 A new three-tier system of Covid-19 restrictions started in England this week, with millions in the north and the midlands facing curbs on households mixing.

The rule – outside of areas subject to tighter restrictions which ban households from mixing – states that no more than six people can meet up indoors or outdoors, with only a few exemptions, including schools and workplaces, as well as families and support bubbles who have more than six in their household.

It’s not yet clear whether the ‘rule of six’ will still be in place for Christmas.

With Boris Johnson having previously said that other rules, such as the 10pm curfew, are set to be in place for at least six months, it seems quite likely that some kind of restrictions will still be in place over the festive season.

However, the Prime Minister has also said that the Government will do ‘everything we can’ to ensure families can be together for Christmas – sparking speculation he might lift the ‘rule of six’ for Christmas Day.

Elsewhere in Sunday’s Towie, the drama between Amber Turner and Nicole Bass continues as Yazmin Oukhellou admits that she made a mistake in trying to bring the pair together.

Tommy Mallet, who is keen to have some quality bonding time with the boys, organises an assault course challenge – but the losing team has to face an unsavoury forfeit.

The Only Way Is Essex continues Sunday, 9pm on ITVBe.

Watch The Weeknd’s gory new music video for ‘Too Late’