Top Gun: Maverick is undeniably more inclusive than the original film and cast member Jay Ellis said it was refreshing to see others who ‘looked like me’ working alongside him on the blockbuster.

Tom Cruise is crashing back onto the big screen this summer with the long-awaited sequel to 1986’s classic action adventure finally arriving in cinemas this Wednesday.

It sees him reprise his iconic role as Navy aviator Pete ‘Maverick’ Mitchell, who is drawn back to the titular fighter tactic school to train up a new set of graduates for a special assignment. However, the ghosts haunting him after all these years threaten to unravel both Maverick and the mission.

Aside from familiar faces like Cruise and Val Kilmer, Top Gun: Maverick features a brand new cast with Ellis, Danny Ramirez, Greg ‘Tarzan’ Davis and Monica Barbaro among the stars making up the new school.

With a cast of several Black and Latino actors, Maverick is certainly more diverse than its predecessor.

Praising the representation in the sequel, Insecure actor Ellis told Metro.co.uk in London earlier this month: ‘It was great to look to your left or your right and see folks who looked like you or who were different.

Jay Ellis said it was an ‘awesome feeling’ to work on such a huge blockbuster with an inclusive cast (Picture: Paramount Pictures, Skydance, Jerry Bruckheimer Films) 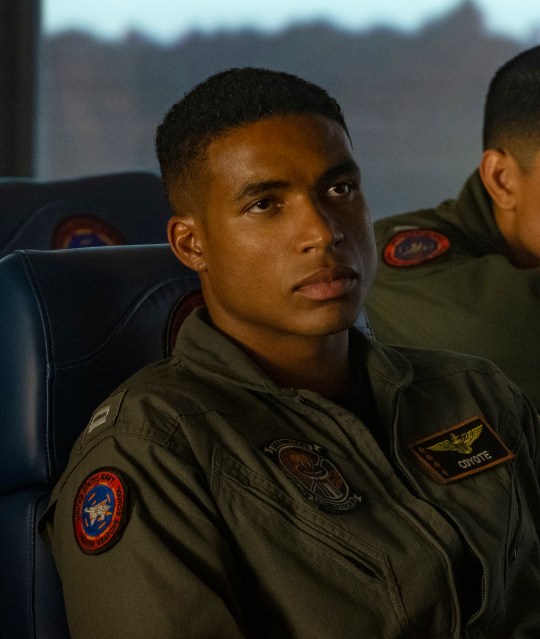 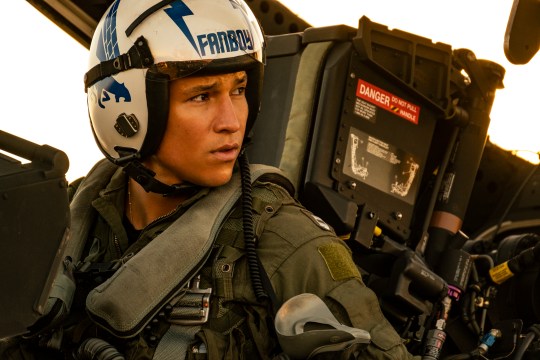 ‘I grew up in the air force and it was very diverse so to be able to see that on-screen and be a part of representing that with these guys and a bunch of other castmates is awesome, because the hope is that kids look up on-screen, see themselves and go, “Oh I can do that”.

Grey’s Anatomy actor Tarzan and The Falcon and the Winter Soldier star Danny also agreed that the representation in Maverick made their roles feel that little bit more ‘special’.

The Top Gun movies may be new to the world of aviation but they certainly had the best teacher with Cruise taking them firmly under his wing.

Tarzan praised the actor for ‘putting his life on the line’ to teach them valuable lessons about the art of flying planes.

Top Gun: Maverick is exclusively in cinemas May 25 in 4DX and IMAX.