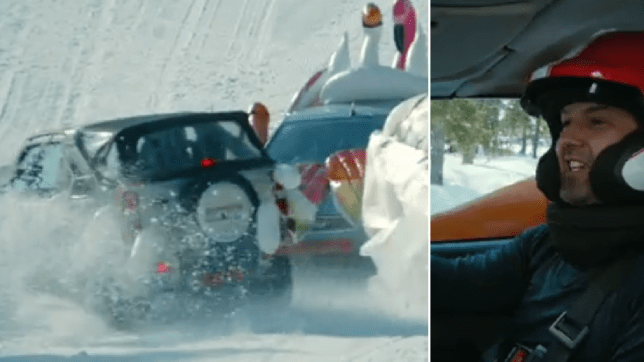 Paddy McGuinness crashed into his co-hosts during a high-speed race on a ski slope during tonight’s Top Gear.

And he found it pretty hilarious.

To celebrate the joy of rental cars, the presenters went on a fly-drive holiday to the island of Cyprus, home of the cheapest hire cars in Europe.

Paddy McGuinness, Freddie Flintoff and Chris Harris, were each given 30 Euros to hire a car for the weekend, before they embarked on a series of challenges.

During one of the tasks, the trio had to race against each other down a ski slope.

Telling his pals what they had to do, Paddy explained: ‘Hire cars are not just for summer, they are for winter too. 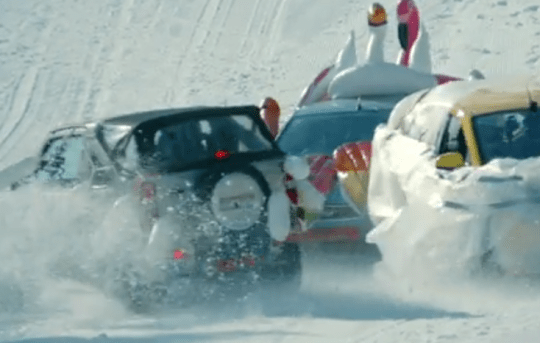 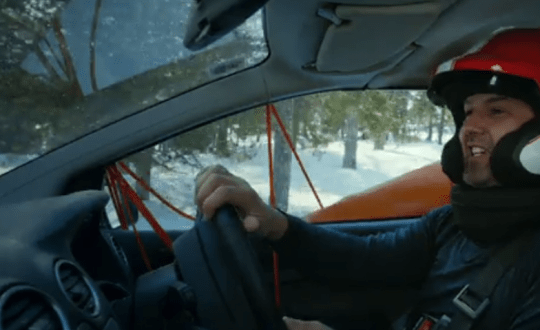 The host laughed the entire way down the slope (Picture: BBC)

‘To test your cars’ performance, you will now race around the Mount Olympus Ski Resort.’

To try and protect their rentals from further damage, the hosts used various safety precautions in an attempt to keep them scratch and dent free.

Things started out well for Freddie, who was driving a Suzuki Jimny, although Paddy clearly wasn’t having any of it.

Soon, he’d caught up with him and Chris – and rammed into them both. 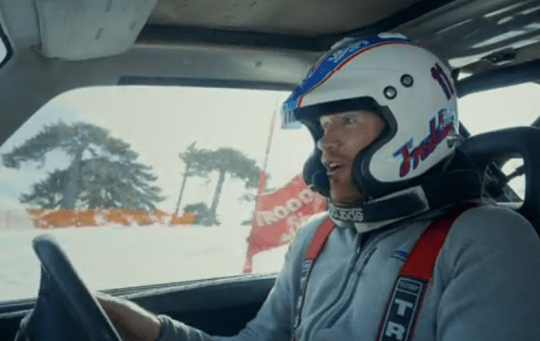 The look on Freddie’s face says it all (Picture: BBC) 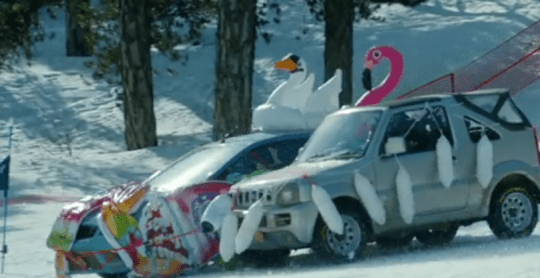 Freddie accused Paddy of cheating after he overtook him (Picture: BBC)

As Paddy overtook his co-hosts, he laughed the entire way down the ski slope right to the finish line.

Elsewhere on tonight’s episode, the trio raced around a track in 40-degree heat through oncoming traffic.

To settle the argument, they reported to the Top Gear test track to find out which was the fastest on the school run, and which could tow a caravan the quickest.

Top Gear airs on Sunday at 8pm on BBC Two.