Top Gear’s Paddy McGuinness crashes into Freddie Flintoff’s car as they race around a dirt track in tonight’s episode.

Just one week after dramatic scenes showed the moment Paddy lost control of his Lamborghini Diablo, he’s set to have another high-speed accident – although this time around, he doesn’t write-off the vehicle.

To celebrate the joy of rental cars, the presenters head off on a fly-drive holiday to the island of Cyprus, home to the cheapest hire cars in Europe.

Paddy and Freddie, along with Chris Harris, are given just 30 Euros to hire a car for the weekend before they embark on a series of unnecessarily destructive challenges, including a sweaty dash through oncoming traffic, using their cars as water-ski tow ropes, and racing down a ski slope.

However, disaster strikes when the trio begin zooming on a gravel track.

In an exclusive clip shared with Metro.co.uk, Paddy’s car takes a beating when he speeds through a giant pothole, causing him to plow onto the verge. 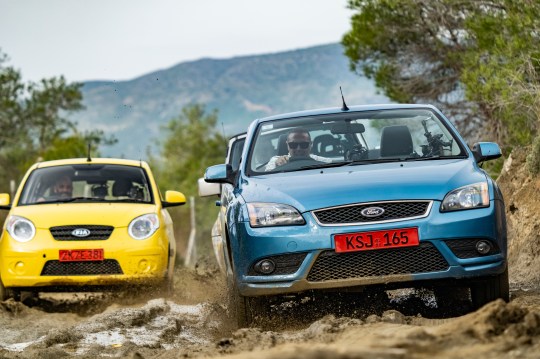 The boys put hire cars to the test in tonight’s episode(Picture: BBC) 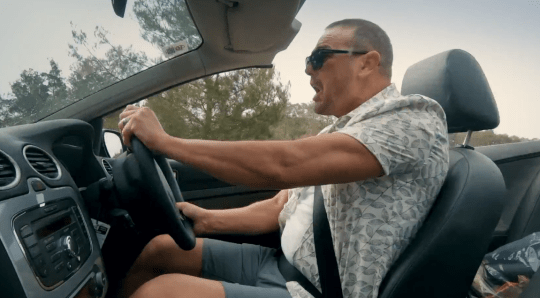 Freddie, who is right behind him, attempts to overtake Paddy on his quest to win the race, but he’s not quite fast enough.

As Paddy quickly steers his car back on track he rear-ends Freddie’s motor, with bits of debris flying everywhere. 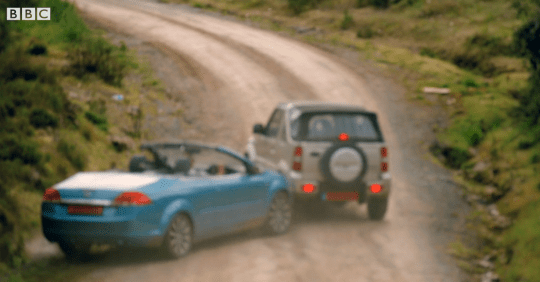 Paddy ploughs into the back of Freddie’s car (Picture: BBC)

‘We’re supposed to be looking after these!’ Paddy shouts as he feels the damage.

‘Front of your car has taken a battering, mate,’ Freddie says as he radios Paddy. ‘A few hundred quid I reckon, Pad.’

Well, it wouldn’t be Top Gear without a little run-in would it?

Elsewhere on tonight’s episode, Paddy and Chris put family cars to the test.

Chris reckons an estate is the best family car, while Paddy has a hunch it’s an SUV. Specifically, the very fast, very powerful Lamborghini Urus SUV.

To settle the argument, they report to the Top Gear test track to find out which is fastest on the Top Gear school run, and which can tow a caravan the quickest.

How Mrs Hinch ‘has spent £35,000’ transforming her Essex home