Heating up. Harry Johnson was spotted on a date with Ashton Wood after splitting from Beaux Raymond following their stint on Too Hot to Handle, a source exclusively tells Us Weekly.

The England native — who won season 3 of the reality series with Raymond, which aired in January — was seen with Wood, 27, at Eveleigh restaurant in Los Angeles on Sunday, March 6, an eyewitness tells Us.

“At one point he had his hand on Ashton’s knee and they seemed very couple-y,” the insider says, noting that while the duo were having brunch with a group of friends Johnson “sat right next to Ashton.” 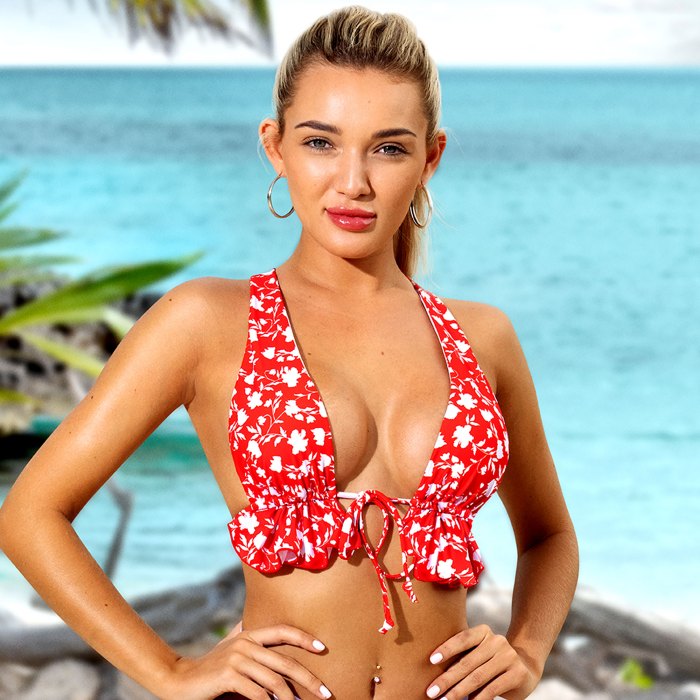 The 29-year-old TV personality left with the model while the rest of their group stayed behind at the restaurant.

Johnson and Wood are not officially dating, but they have been seen spending time together during the reality star’s recent visit to the U.S, per the source.

The pair were later spotted on Sunday at Nobu Malibu with Too Hot to Handle season 1 alum Harry Jowsey. The “Common Chaos” podcast cohost posted a few snaps from the outing via her social media pages.

Wood’s podcast cohost, Cartia Mallan, gave fans a look at the group’s meal via Instagram, including the ocean view from their table and a photo of the foursome goofing off in the car after enjoying cocktails and sushi.

One day later, Johnson shared a video of him and Wood on their way to the Justin Bieber concert. The twosome both posted clips via their Instagram Stories on Monday, March 7, from the Crypto.com Arena.

Johnson, who heads back to the U.K. on Thursday, March 10, ended his night at Poppy nightclub. The Australian influencer didn’t appear to be at the club with Johnson after the concert.

The Netflix personality’s budding romance came two months after he confirmed his split from Raymond during the Too Hot to Handle season 3 reunion special in January.

“I’m very happy with the way things all went. I feel like there was a lot of closure at the end for everybody,” Johnson exclusively told Us after the reunion aired. “Everyone handled everything very [well], and whether things went south, they went north, whatever direction, everybody seemed to come out of it happy, consistently just themselves and not having to fake anything, and I think that’s the best part about it. I wouldn’t change anything going back.”

Wood, for her part, previously dated Will Schmarr. The duo were first linked in 2018 but seemingly called it quits sometime in 2021. They last posted about their romance in February of that year after a tropical getaway.