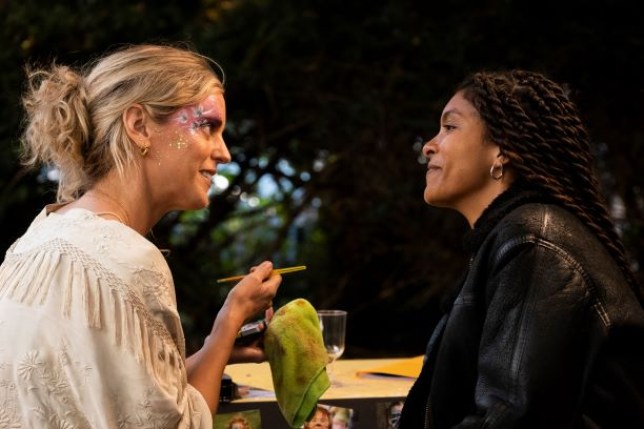 Viewers have started to work out where Too Close is going after a tense first episode (Picture: ITV)

Too Close viewers think they have sussed out the key to cracking Connie’s (Denise Gough) case as the psychological drama got underway on Monday night.

In the tense first episode we saw forensic psychologist Emma (Emily Watson) meet the ‘Yummy mummy murderer’ Connie, who is accused of a horrific crime but claims she can’t remember anything.

It was a tense back and forth between the characters as Connie tried to get under Emma’s skin, making personal comments about her appearance and her marriage.

Her efforts appeared to be working as Emily listened to recordings of their conversations and appeared to be letting her insecurities get the better of her.

We were also shown flashbacks of Connie’s life before the incident when she was living at home with her husband and children.

She met the beautiful and funny Ness (Thalissa Teixeira) and the pair bonded quickly over their families and frank discussions about their sex lives. 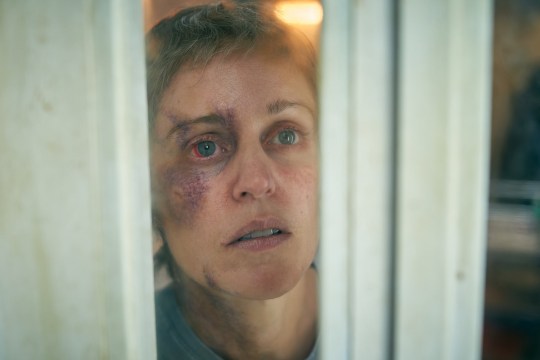 Viewers tried to figure out how Connie’s life spiralled out of control (Picture: ITV)

There were hints at something bubbling underneath the surface as Connie said her new friend made her feel ‘alive’, and Ness turned up to one of their outings wearing the same perfume as Connie.

At the end of the episode it was suggested that Ness had grown close with Connie’s husband Karl (Jamie Sives) as he was seen gently taking her hand in the car as he tried to get in to visit Connie.

Viewers suspected that Ness might have more to do with whatever Connie has been accused of than first thought, and shared their theories on Twitter.

So did Nessa get with Connie Husband, and thats what made Connie insane #TooClose

She moved on quick. Maybe she only ever really wanted Connie’s husband. #TooClose

She kill the other girl? Donât think itâs just the car incident #TooClose

also Connie and Vanessa are DEFINITELY gonna have an affair. Connie has big bi vibes #TooClose

#TooClose These to possibilities either Connie had a total breakdown and didnât know what she was doing and really canât remember? or she found out Ness & Karl were having an affair & did it out of revenge?

Lines between Emma and Connie are set to get even more blurred as they continue to meet, becoming dangerously close to each other.

As her subject reveals insight into Emma’s deepest insecurities their sessions descend into a psychological game.

Thankfully we won’t have long to wait to find out what happens next as the drama continues on Tuesday night.

Too Close airs Tuesday at 9pm on ITV.