TOMMY Fury is the most beautiful Love Island boy – according to the ‘Golden Ratio’.

Jack Fowler and Alex Bowen also scored highly  – based on the theory – a system developed by the ancient Greeks to measure physical perfection.

While Love Island hunks Ovie Soko and Adam Collard’s faces are also blessed with near ‘perfect’ proportions, according to the formula.

The mathematical equation – known as Phi – was devised by the ancient Greeks and it sees the ideal face proportions as 1.6.

The facial ratio is worked out by analysing the forehead to nose to nose to chin areas.

Ashley Hunt from Frati Cosmetic Surgery compiled a list to see how other Love Island stars’ faces matched up, according to the formula. 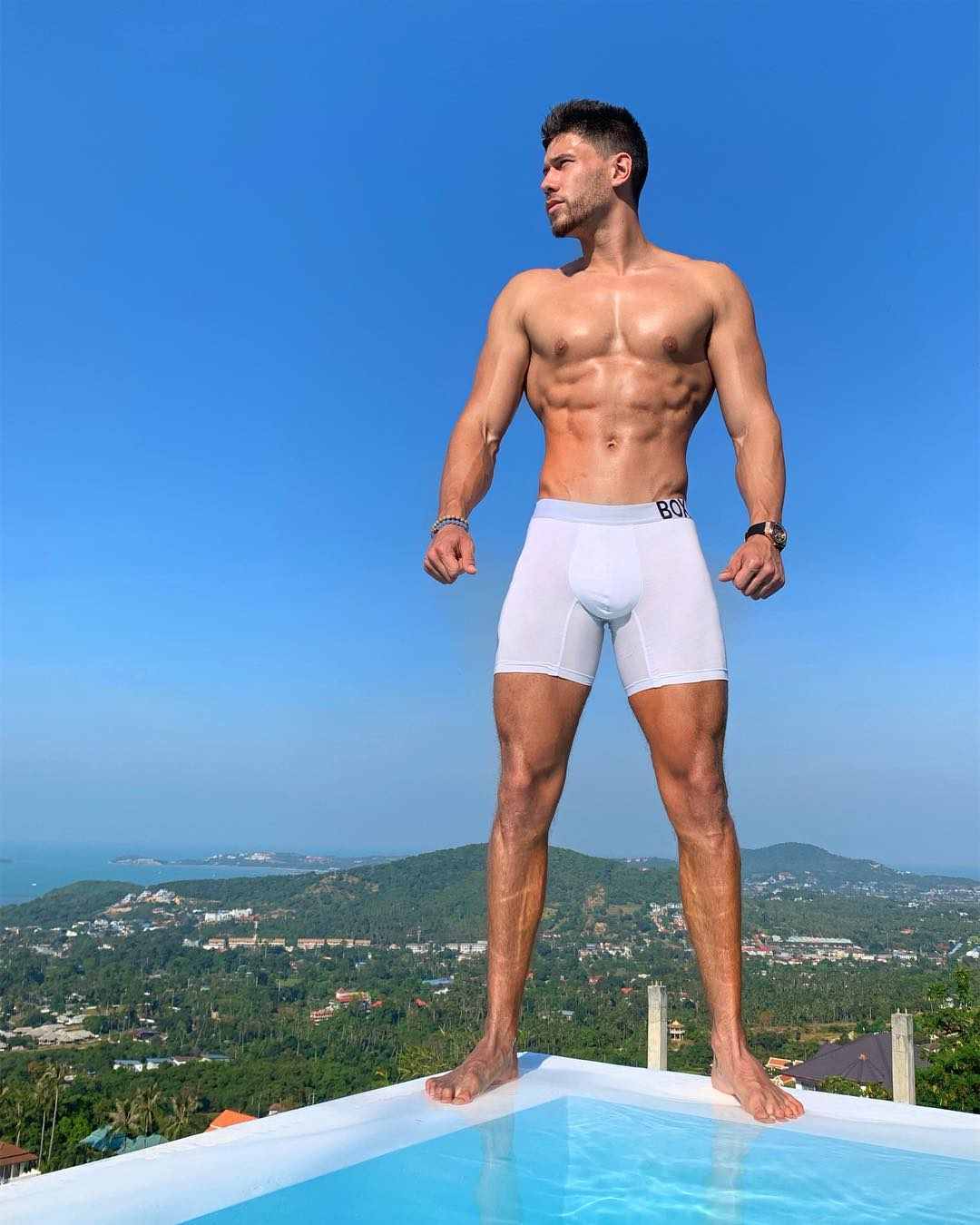 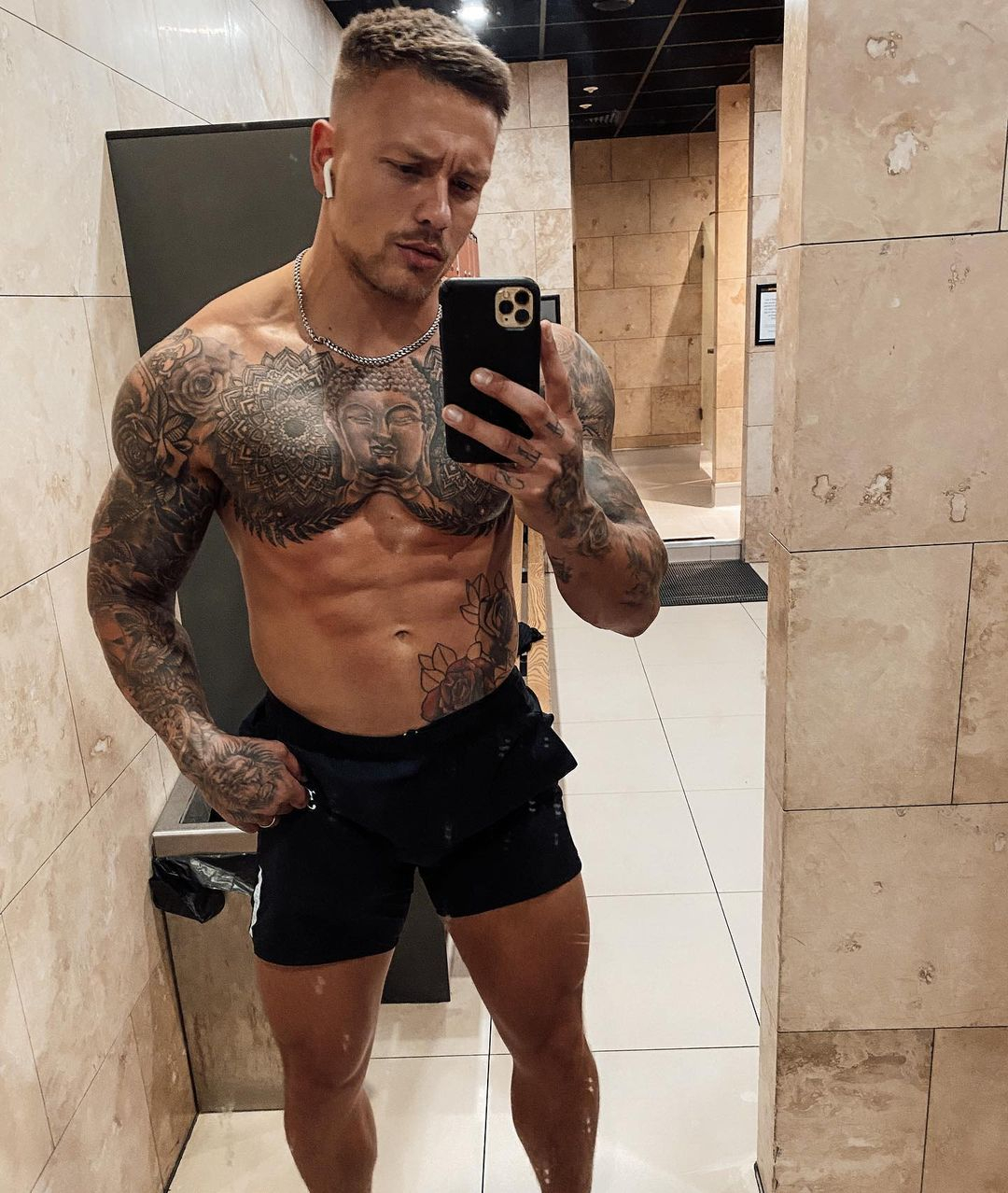 The clinic manager for Dr Frati, who shares her passion for skincare and cosmetic surgery on her Instagram (must include), said George Clooney is the ‘king of the Golden Ratio.’

She said George Clooney has the perfect male face, according to the ancient formula for measuring perfection.

“So, let’s compare today’s next generation of males to George, here we will analyse their features based upon the male facial Golden ratio which measures a variety of things.

“The Golden Ratio measures the forehead to eyes, eyes to bottom of nose, distance of eyes, nose to top of lips and nose to chin.

“The ideal result—as defined by the golden ratio—is roughly 1.6, which means a beautiful person’s face is about 1 1/2 times longer than it is wide.” 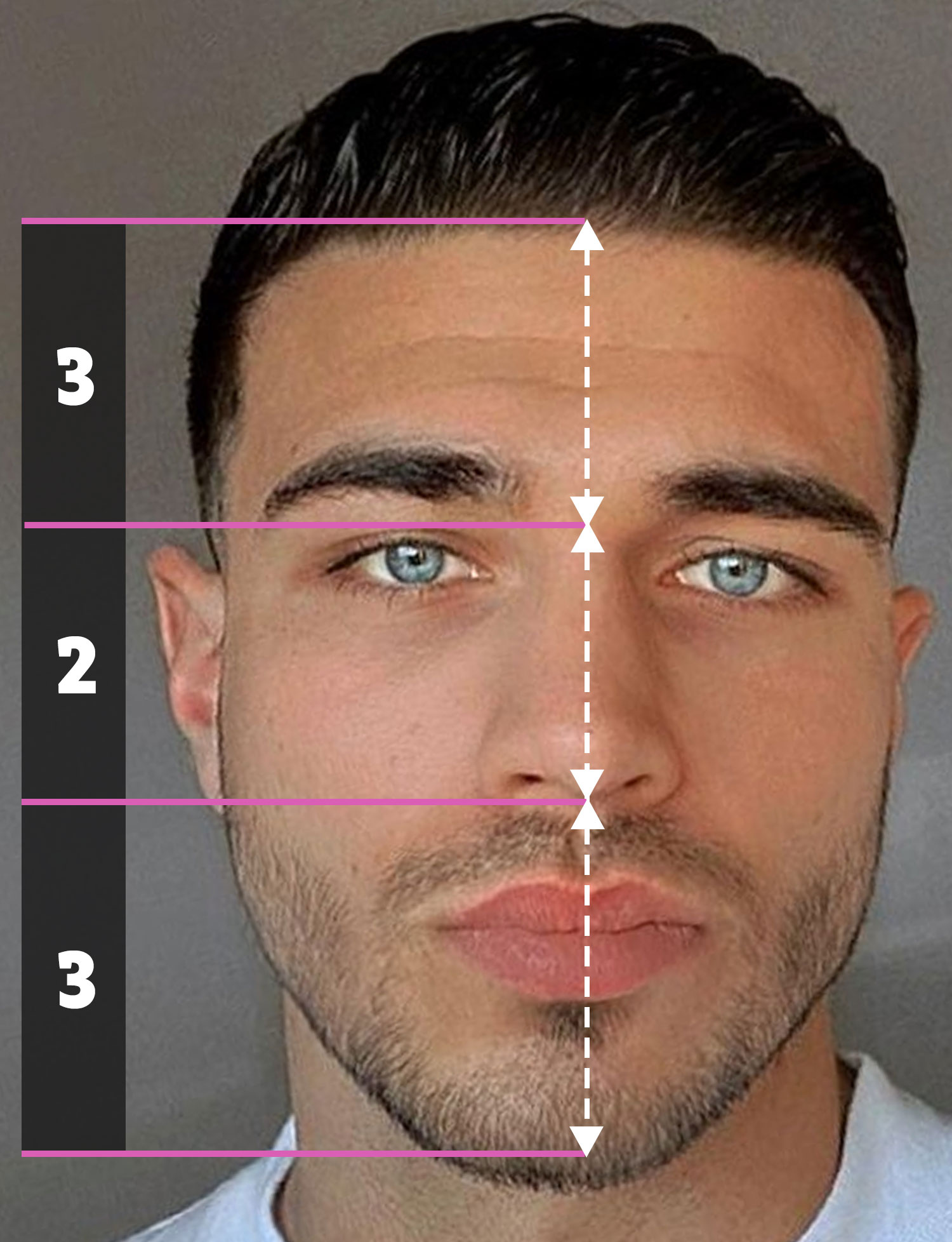 This star’s face is almost scientifically “perfect” – with a 89.5% Golden Ratio rating.

She said: “In my opinion, Tommy was the most popular male ever featured on Love Island. His face has an extremely high level of desirable features.

“Tommy’s distinctive look is very manly and interesting. If he wasn’t a boxer, my bets are that he would be a very successful model.

“Tommy’s look is definitely our most requested in clinic for men, while women opt for Kim Kardashian. 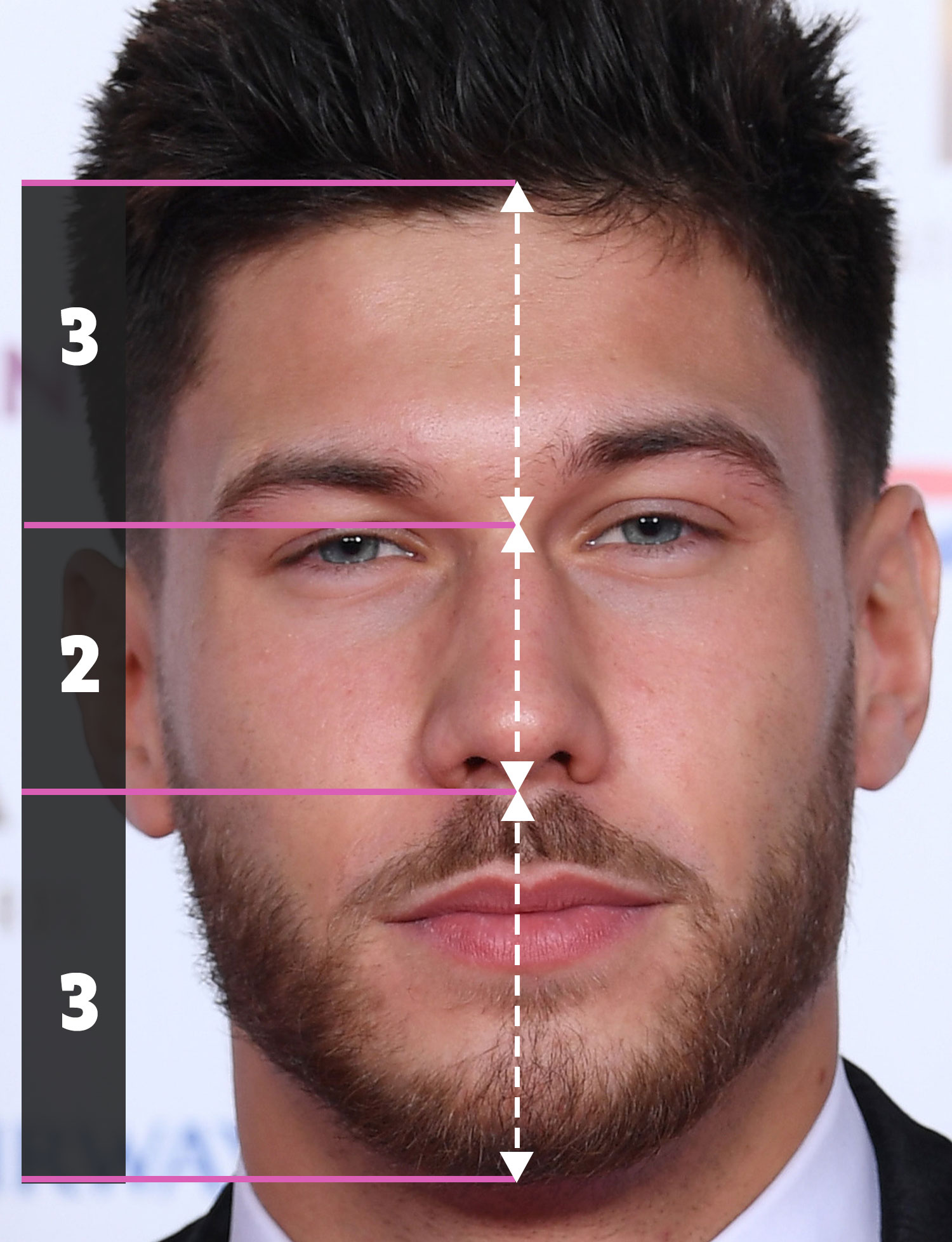 Coming in at second place for the most beautiful Love Island boy EVER according to the Golden Ratio, is series 4 contestant Jack Fowler.

Ashley said he is definitely one of the most attractive Islanders.

She commented: “Jack has a very masculine look – he is one of the most attractive males I have studied here in relation to the Golden Ratio.

“His face is split perfectly into thirds. His beard and hairline are pretty much perfect too!

“Jack has a super sharp jawline, requested by pretty much all of our male patients, this

can be achieved with a chin implant and or FACETITE treatment.

“There is no double chin in sight here!” 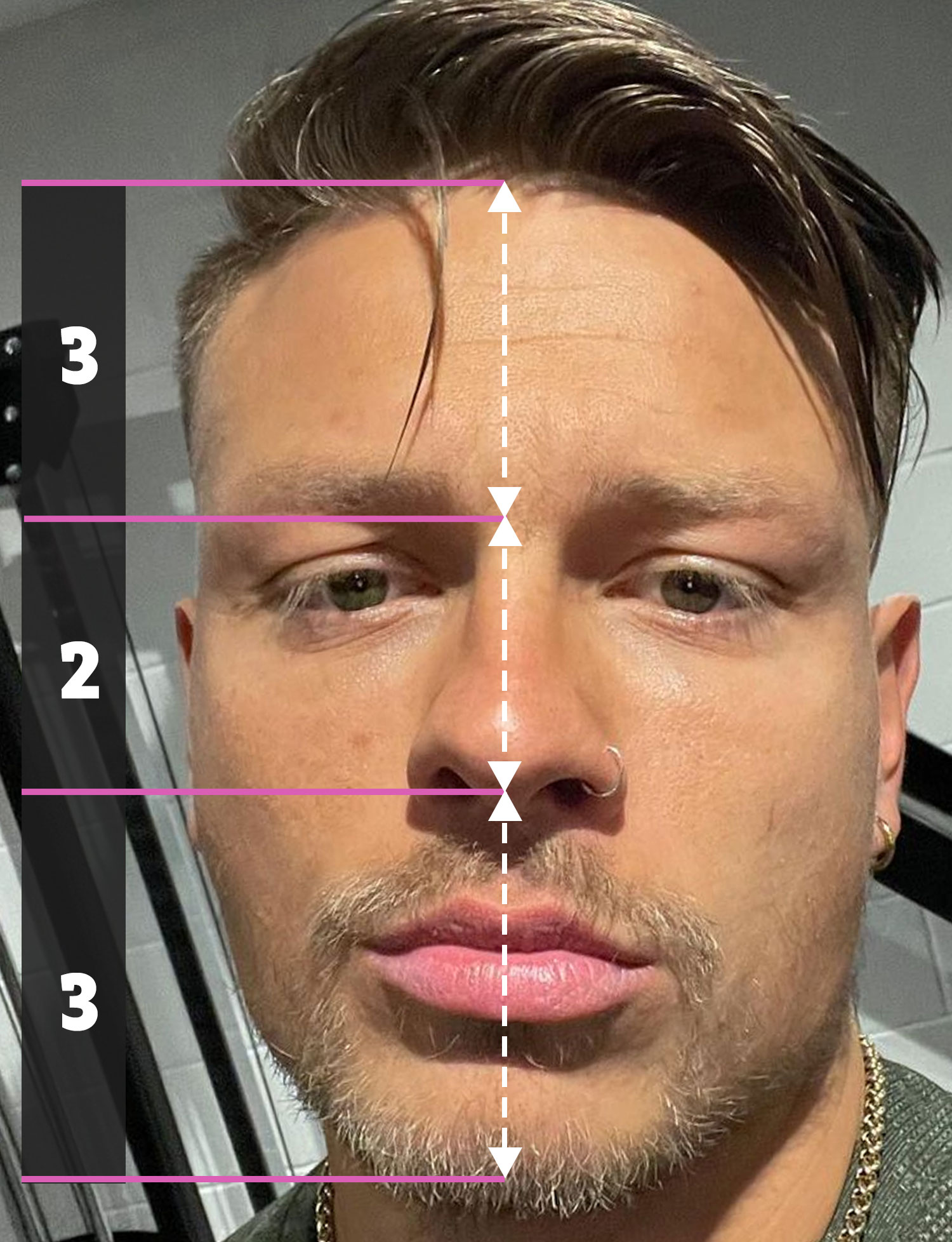 The clinic manager said he has a fantastic ‘facial ratio balance.’

She shared: “When his six pack is not distracting you, you can truly appreciate Alex’s facial ratio balance.

“He has lovely plump lips, a masculine forehead and his eyes are a good distance apart; which is very aesthetically pleasing.

“Alex’s complexion is very smooth and it looks like he takes good care of his skin with regular facials.

“A favourite facial of our male clients that we offer is the Hydrafacial – which removes excess oil and dirt and rehydrates the face, giving a clean fresh glow.” 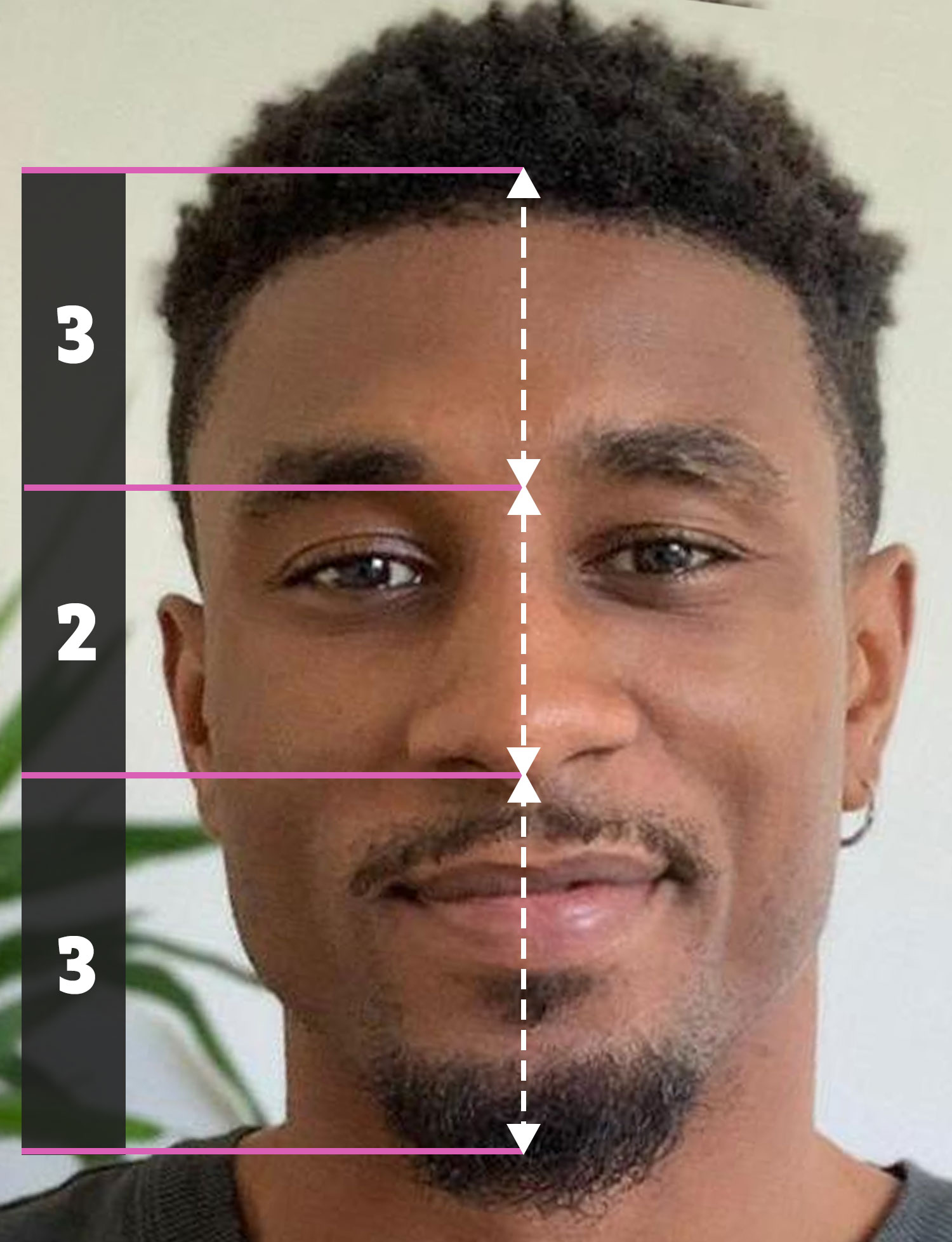 She described his complexion as ‘flawless’. The clinic manager commented: “Ovie was another of the most popular Love Island boy.

“He has a wide, sharp jaw and plump lips. His eyes are perfectly distanced and his complexion is pretty flawless.

“He must look after his skin with prescription skincare and or regular facials.” 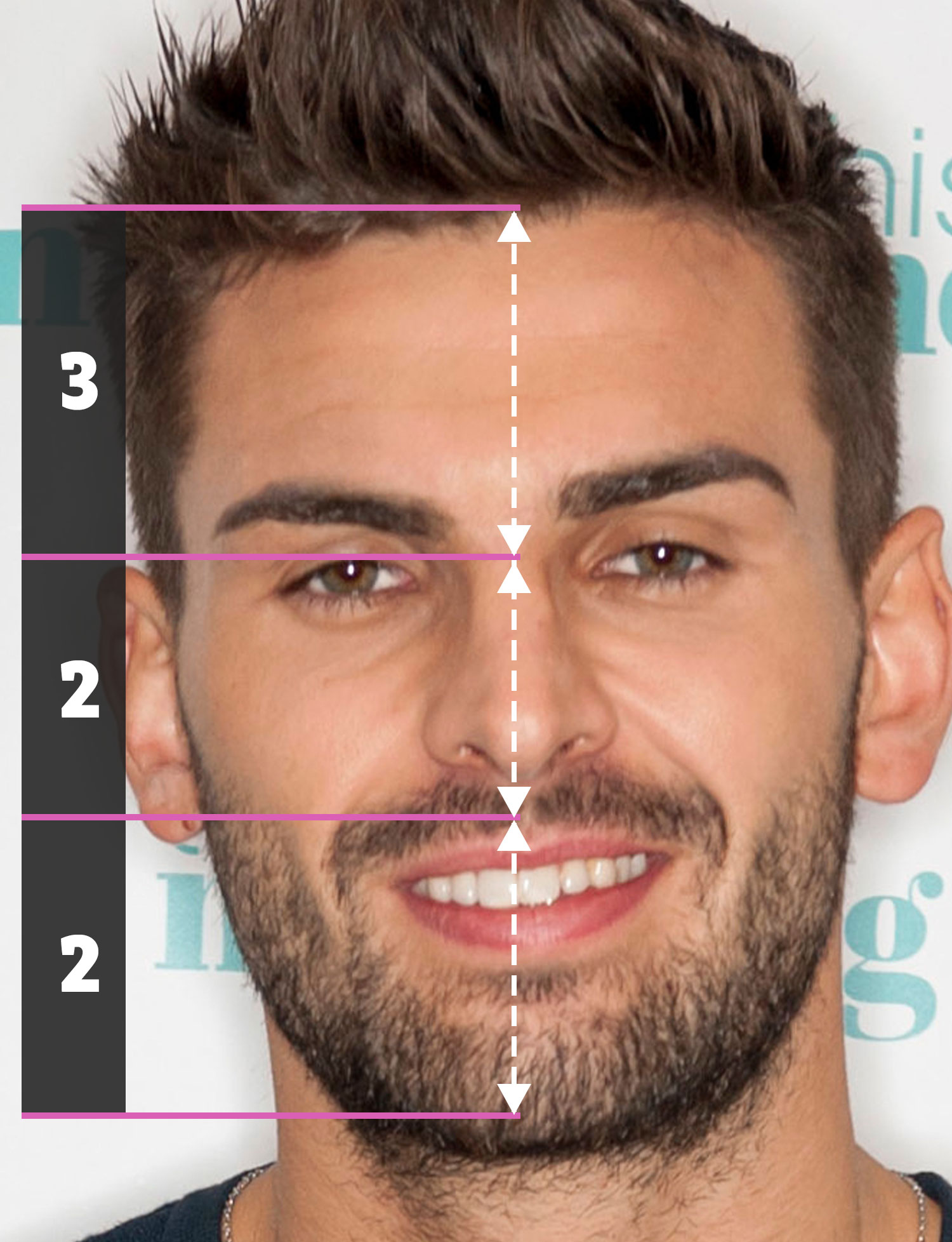 Adam is the definition of tall, dark and handsome

Love Island star Adam Collard from series 4 is the definition of tall, dark and handsome at 6’4, says Ashley.

She said his face is perfectly balanced in line with the Golden Ratio.

She added: “Adam has very masculine features, his face is perfectly balanced – a masculine jaw and chin is one of our most requested procedures for men.

“This can be achieved with our MORPHEUS8 radiofrequency micro needling device which creates sharp jaws and banishes double chins.” 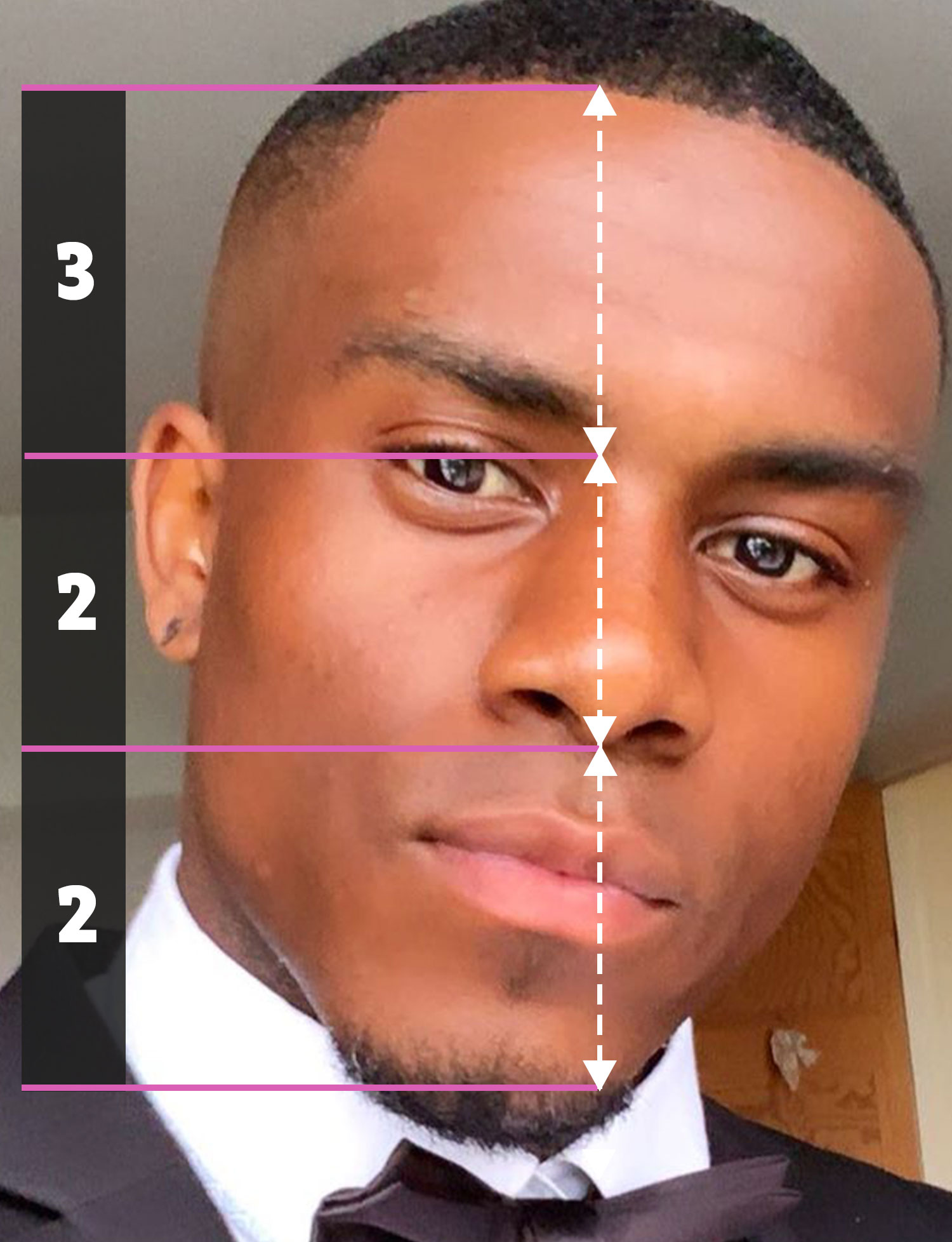 While series 6 hunk Luke Trotman, who turned heads on the ITV2 dating show, has a great facial ratio using the theory.

Ashley said: “Luke has a great facial ratio to be considered typically handsome. He has gorgeous skin and large, dark eyes. 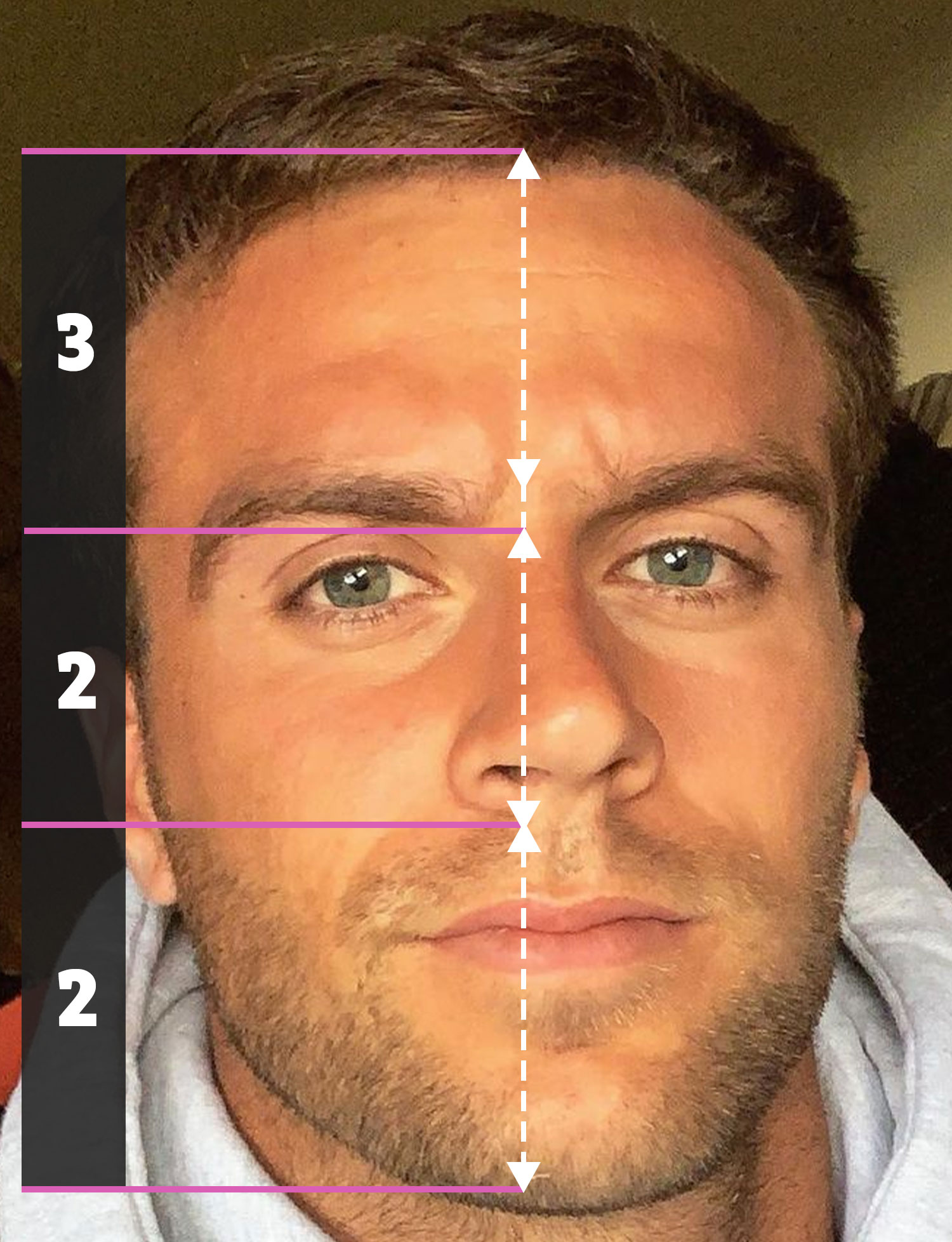 She said: “Max has a rugged look; his forehead and jaw give him very powerful features.

“He has thick eyebrows and a great head of hair. He definitely falls into a high percentage within the Golden Ratio due to his facial third balancing.” 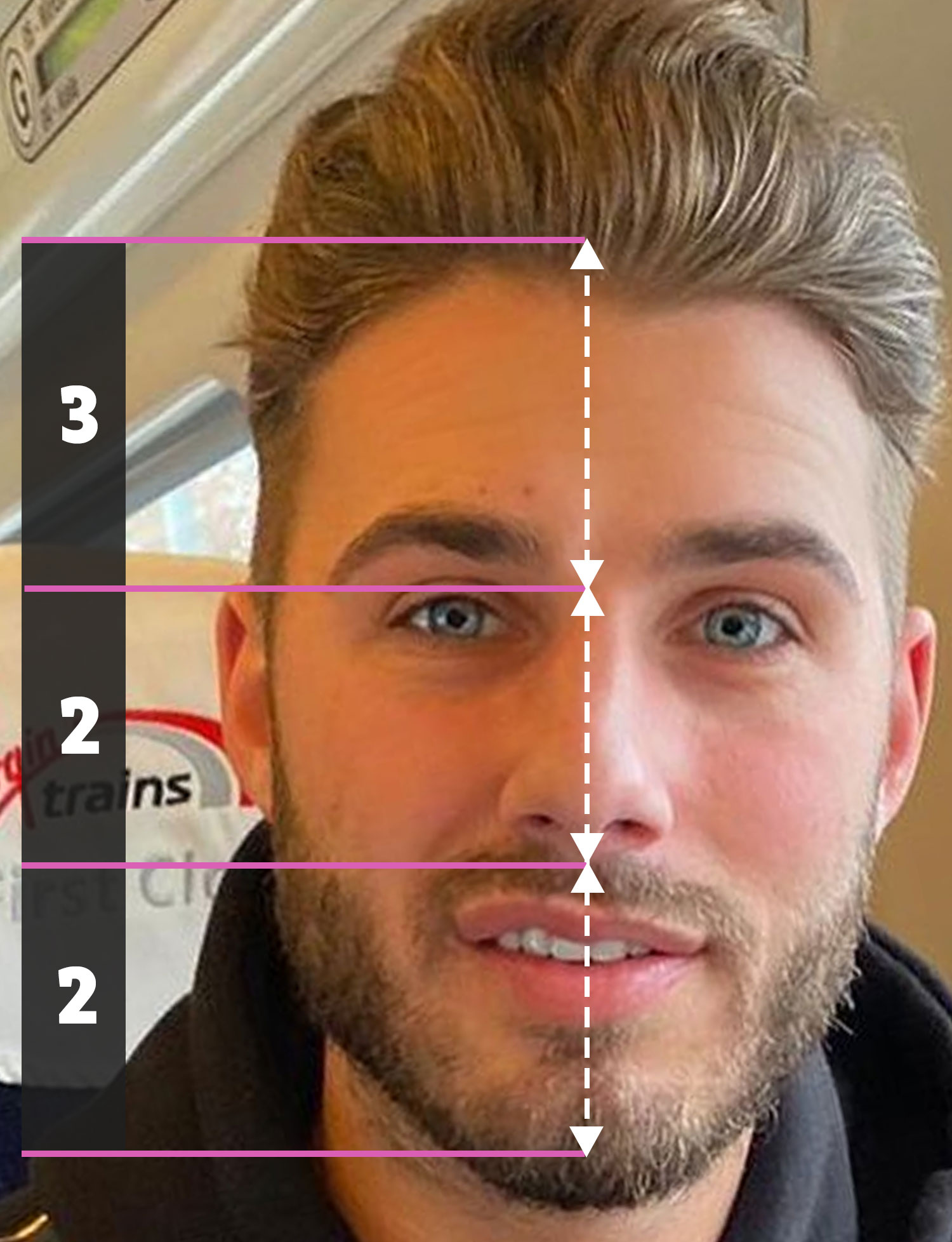 Joshua’s rounded features give him a ‘baby-faced look’

She described his face as having a ‘baby-faced look’ but his features still ranked highly, according to the Golden Ratio.

“His features are more rounded and his eyes are lovely and wide, giving an open, friendly look.” 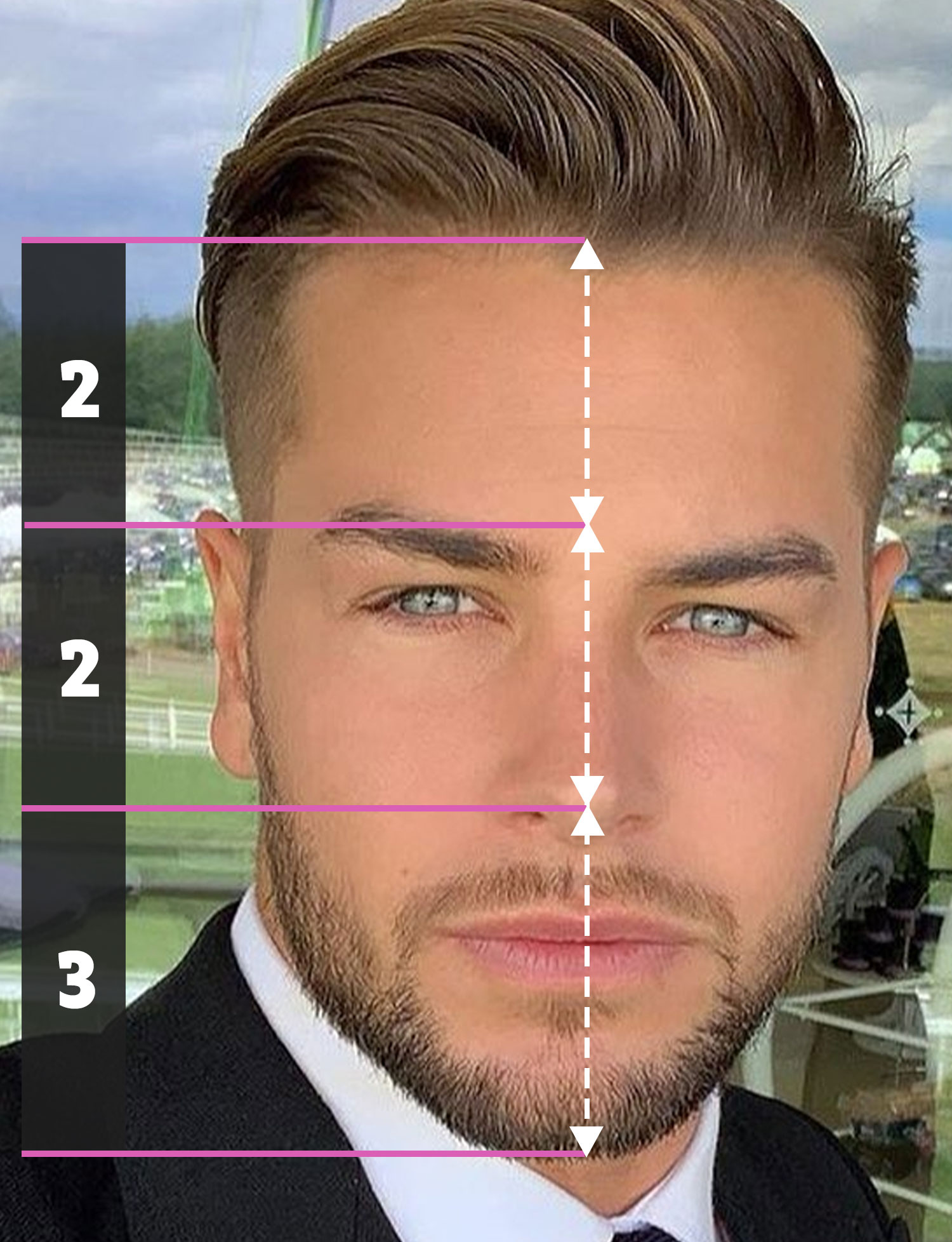 Meanwhile Ashley also described Love Island star Chris Hughes as having a ‘baby face’ but said his features are still balanced, in line with the Golden Ratio.

She said: “Chris has more of a baby face compared to the other boys, he has softer features and very blue eyes.

“His features are balanced, yet he is more boyish looking rather than manly; it’s a charming quality.” 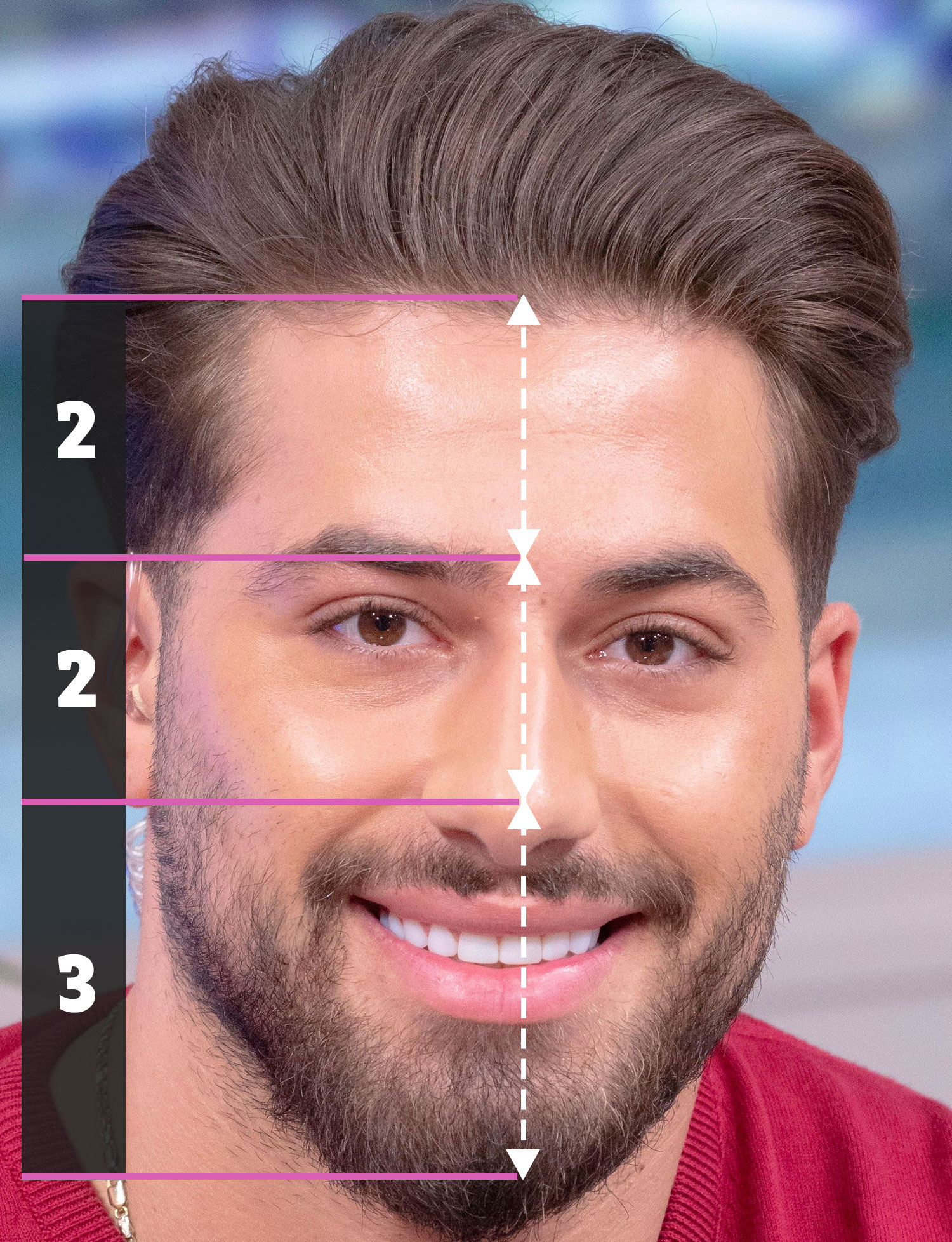 She said: “Kem is one of the most popular boys from Love Island. He has very prominent, distinctive facial features, which is a highly attractive trait.

“His face is well proportioned and very masculine. He also looks like he takes good care of his skin.”

Amber and Dani are the best looking Love Island girls according to ‘Golden Ratio’ – so where does your favourite come?

Lucie & Samira are the Love Island girls with the best boobs, according to the ‘Golden Ratio’ – and they’re all natural.

Anna Vakili is the Love Island girl with the most perfect bum, according to golden ratio.