After six years away, Tom Vek has been very busy indeed. Today, he unveils the fruits of his labour by dropping his surprise new album ‘New Symbols’ and unveiling a new music playing device that he’s designed, by launching the Kickstarter for Sleevenote.

Described as a “visual hi-fi” device and “the music player for album lovers”, Sleevenote is a stand-alone music player that “brings hi-definition, full fidelity album artwork to digital music” and allows the listener to fully appreciate and engage with an album’s sleeve and visuals. He’s launched a Kickstarter today to find the first 1,000 people to buy a Sleevenote and get them into production.

In keeping with his DIY approach, the act of making the device pushed Vek to finish work on the long-awaited follow-up to 2014’s ‘Luck‘. Fourth album ‘New Symbols’ is a bold and widescreen reintroduction to Vek’s world of gnarly electro-rock, but with a more positive outlook than ever before. We caught up with Vek to talk about new music and getting into tech.

NME: Hello Tom. How do your new album and Sleevenote relate to each other?

Tom Vek: “Over the last few years I’ve been working as a designer and met a software developer. That’s what led to the Sleevenote project. The excitement of that coming together is what spurred me into getting the record finished. I was excited about it being so unusual for a musician, as my interests have grown into design and product design, because I need that extra excitement. When I was a teenager, releasing an album was the most exciting thing. Now I’m quite excited that the album is part of a bigger picture. I figured that I’m going to have to go crazy on Sleevenote marketing-wise – and I can’t say that I’m a recording artist if I haven’t released an album in six years!”

The album opens with the line “I know we will survive“. That feels like what we all need to hear right now.

“With ‘Survive’, the funny thing is that those lyrics were written and recorded last year. It was just how I was feeling at the time. I took hold of the lyrics to make it a positive song. I was listening to it a few weeks into lockdown and the chorus ‘I know it’s hard to feel stuck in place’ made me nearly screenshot a notes app because I felt obliged to share this encouraging thing. It’s quite fitting that we’ve entered a second lockdown and it’s still relevant.”

Would you say that the album is more positive overall?

“Because I grew up listening to grunge and emo music, it’s easy to go to that vocabulary of being unhappy. On the second album (2011’s ‘Leisure Seizure’) I wrote a song called ‘A Chore’ about how much of a hard time I was having doing something that everyone else thought was the best thing. They were like: ‘All you have to do is make an album, boo-hoo!’ With ‘Luck’, I was feeling a bit sorry for myself and existential about the lack of control I had over things.”

“Now on this record, I’ve cut that out. I’m completely in control of what I say and the message that I want to get across. It’s deliberately positive. If certain things don’t matter, I’m trying to say that in a way that is encouraging for this virtual listener. It’s an attempt to be positive and carefree. The song ‘Slippery Fish’ especially is saying: ‘Just keep trying, keep going for it’.”

‘Slippery Fish’ is quite jazzy. Was that you unloading from all the precision involved in Sleevenote?

“There’s a bit of a duality going on because I like scrappy music on one hand – but then on the other hand I like clean, industrial design. I feel better about putting out jammy music with rough edges if in some way I’m also presenting this other thing. In the past it was like: ‘OK, my music will be lo-fi and rocky, but I’ll have neat hair in my press photo’. Now, I want to have this whole other thing that I do; the way that someone might have a line of clothes. Ultimately, I really care about the presentation of digital music. There’s a lot that frustrates me about our digital music experience.”

“Having dabbled a bit with apps, I started to get excited about this insanely ambitious experiment of making a physical device. For years, app designers have been struggling with the square album cover in the rectangular screen. It will either be cropped in or they’ll blur it in the background. As a designer, that infuriates me. Album artwork is designed to look great on its own. All of the artwork designers’ decisions should be honoured on the screen. Our screen is square and all you see is an album cover, so it feels like the album is taking up way more room than it does on a tablet. It feels so fit for purpose because you don’t have these blank bits of the screen. We want to have the full artwork. We currently have 1,000 albums on there and we’re trying to reference physical stuff and build this massive archive of everything.” 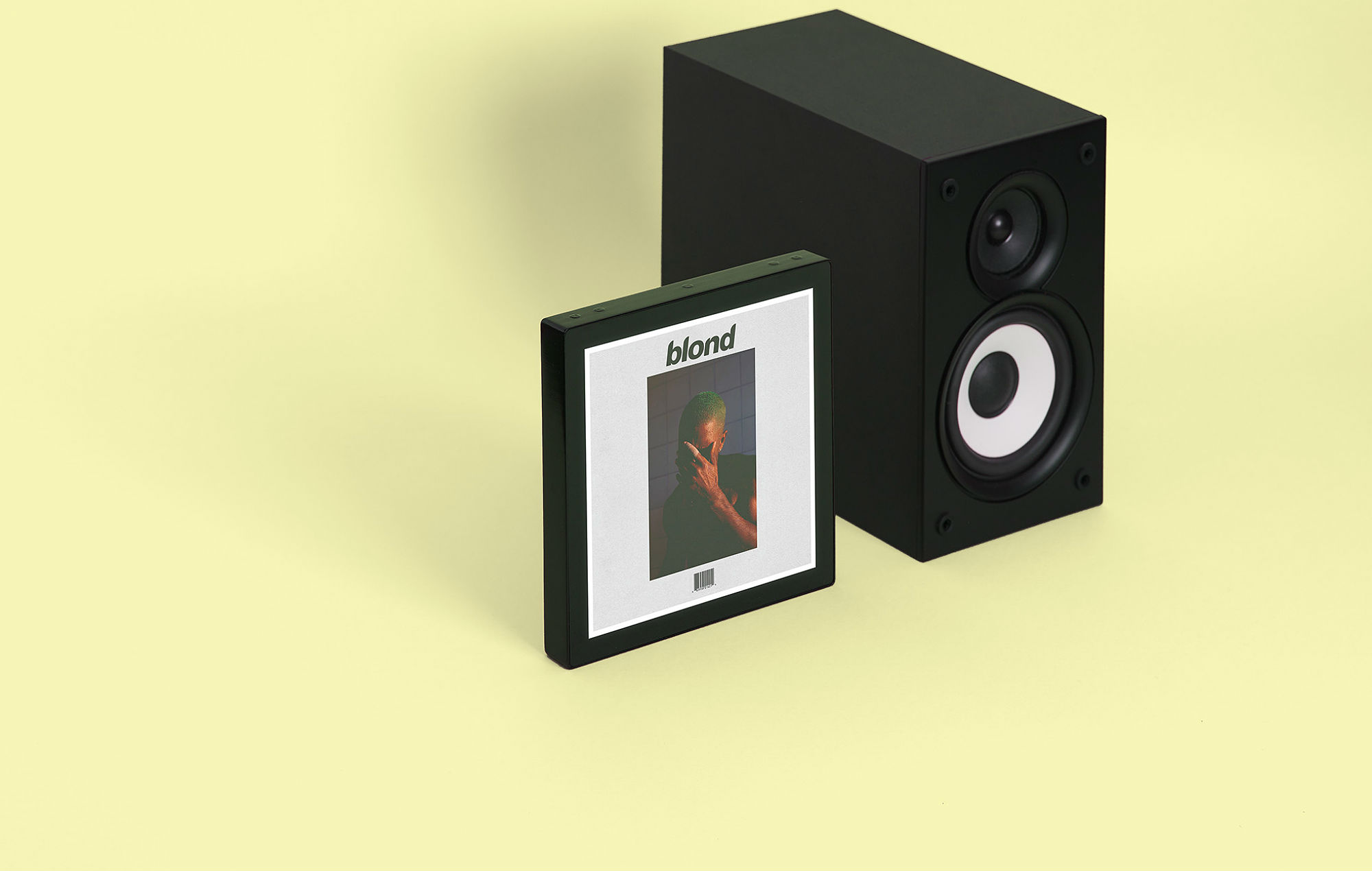 So, what does it do?

“It’s all about keeping each album’s identity going. When albums are presented inside a clean interface, it puts it behind a sheet of glass and inside a box to make for a more ‘tasteful’ user experience. Whereas with us, the character of the record is right up there and up front. It has interactive tracklist art where you type the name of the song into the art to play it. That will be different for every album, so they’ll be in different places. We can also bring back the hidden track. Whoever made it so you could just see ‘hidden track’ on Spotify and iTunes, that’s such a joyless decision.”

And it’s just about the music?

“I like the idea of going back to listening to music on something that isn’t a multi-use device. You can just enjoy it without checking another feed or getting a notification or an email or whatever. It’s just an ideal setting for enjoying an album and getting lost in the art. You can look at this standalone thing and know that’s where your music is.”

Is this your attempt to be the indie Dr. Dre and launch an empire?

“The weird thing about going through this process is that there’s such an unknown element. It reminds me a lot of releasing an album because you’re like: ‘It could sell well – there’s nothing stopping it’. We costed up what it takes to make, and the square screen makes it quite expensive. Ordering 1,000 is what it takes to get them made. That’s pretty ambitious, but not crazy. We’d be absolutely delighted if 1,000 people back it and it becomes a reality. Then we’d have a community of people who’d get this improved music experience. We’ve got an app as well, where anyone with an iPad can experience it, too. I don’t want it to be exclusive or premium. The extra experience of the device comes at a cost, but if you like music tech and really love albums then this is a great object to have.” 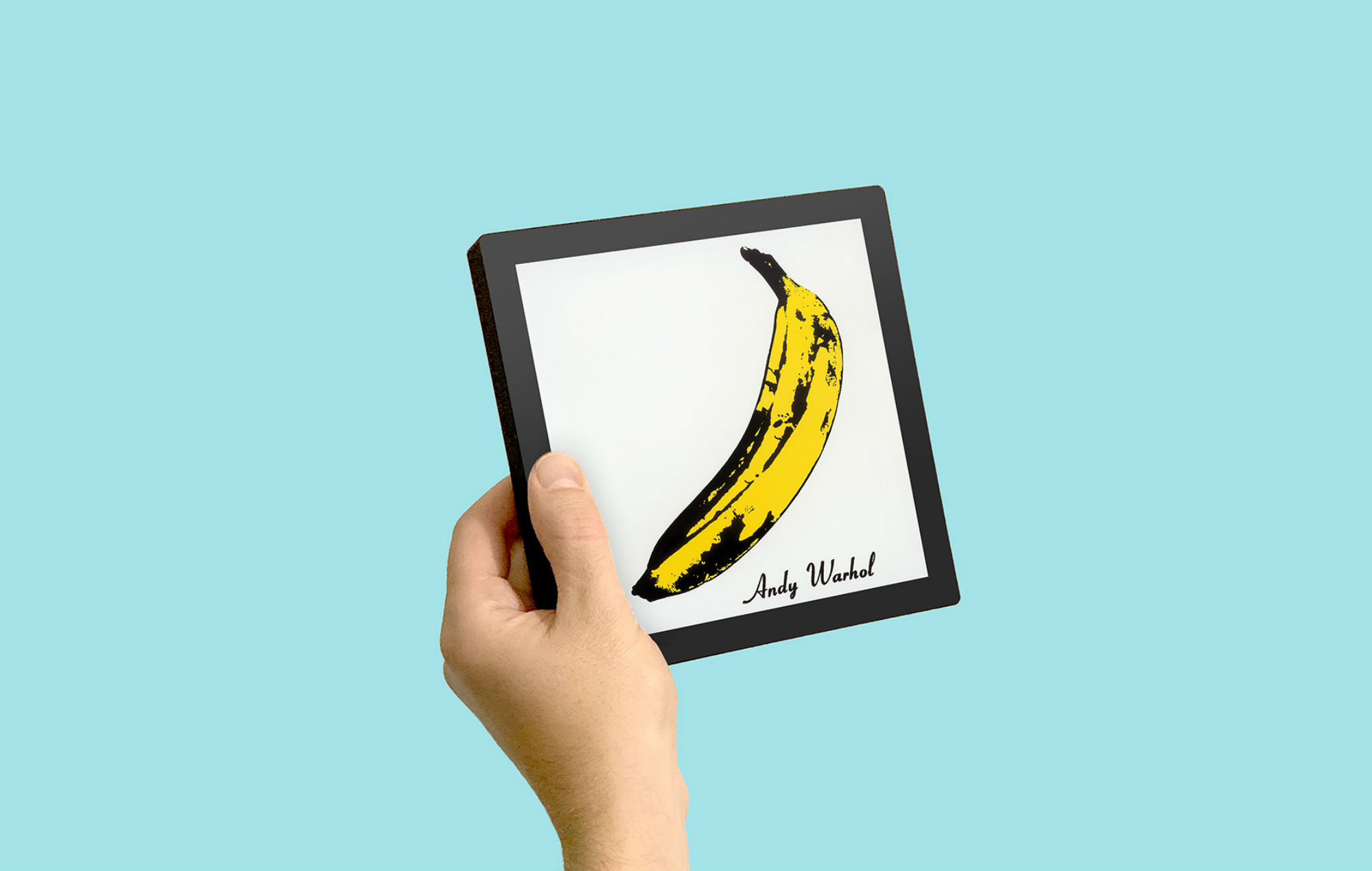 ‘New Symbols’ by Tom Vek is out now. Visit here for the Sleevenote Kickstarter.