Vanderpump Rules viewers weren’t the only ones surprised by Tom Schwartz and Katie Maloney’s divorce announcement. Tom Sandoval exclusively told Us Weekly that he had “no idea” that his costars had split.

“It’s not easy. For me, personally, as a friend, like, seeing that happen, it crushes me,” the Stryx founder, 38, told Us at the Grand Opening Party of Lisa Vanderpump’s new Vanderpump à Paris restaurant in Las Vegas on Thursday, April 21. “They seem to be doing pretty well, considering.”

Schwartz, 39, and Maloney, 35, announced their split after 12 years together in March. The “You’re Gonna Love Me” podcast host filed for divorce after that month.

“It literally, like, bitch slapped me across the face,” Sandoval told Us of their Instagram statements. “I had no idea. Like, totally knocked the cool out of my walk.”

Maloney has since revealed that she started feeling doubts about their marriage toward the end of “last summer/fall.” She didn’t tell Schwartz about her concerns at the moment. In their divorce docs, their date of separation is listed as February 12. 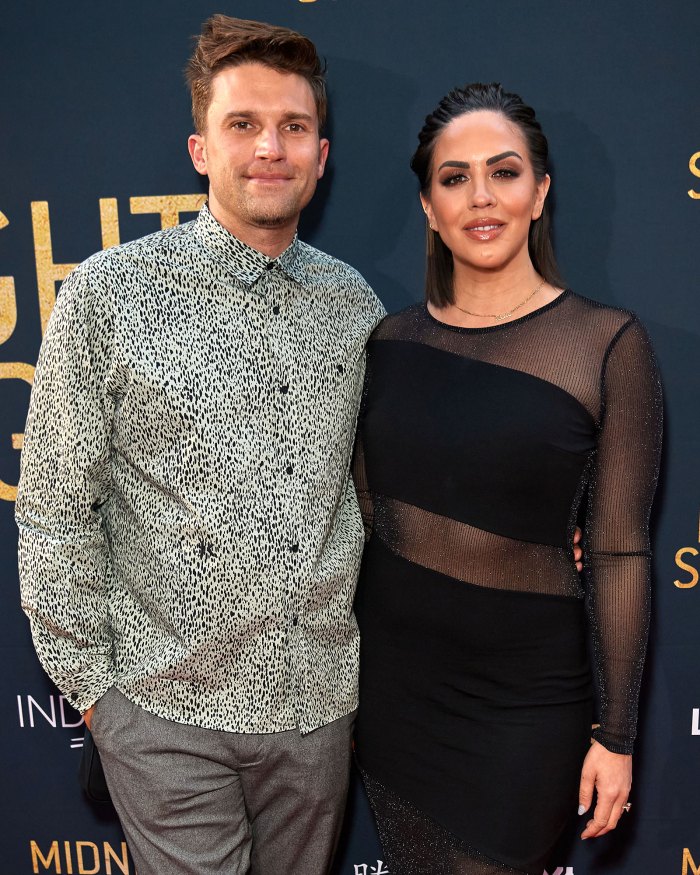 “It was one day, I kind of had just told him, like, this is how I’ve been feeling and not feeling very happy. And it was sort of, like, ‘Let’s try to maybe work on it a little bit.’ But I kind of knew that that wasn’t the full feeling of it all. And then, you know, he just didn’t really do anything, like, he left town again to go do a thing with Sandoval,” Maloney said on the “We Met at Acme” podcast earlier this month. “And then he left to go see his dad, which is not his fault. … He didn’t really even know what that looked like — working on things. I think in his mind [it] was just like, ‘OK, well, I think this will be a passing thing for her. She just needed to get something out.’ I think he thought that I was just going to get over it or something. And then it was a couple of weeks later, I had decided that I wanted to get a divorce.”

The exes are on good terms, however, both attending Vanderpump’s event on Thursday. “Tom and I have been really supportive,” Maloney told Us at the Paris Las Vegas location. “It’s been, you know, the best, healthiest, positive thing that I can ask for, honestly.”

Sandoval, meanwhile, told Us that things have been “extremely stressful” for him and Schwartz as they prepare to open up new restaurant Schwartz & Sandy’s.

“We’ve learned a lot of things the hard way, which, you know, it’s funny when you learn things the hard way, you never forget ’em,” he told Us. “And I feel like Schwartz and I have really grown as a friendship but also as a business relationship and I’m really excited when everything, when it’s going to be open in, like, two months.”

With reporting by Lindsay Feldman