Tom Odell is back with new music (Picture: Getty Images)

Tom Odell has revealed that feeling pressure to constantly make more money has heightened his anxiety.

The Another Love singer is due to release his new album, Monsters, which features a raw insight into his mental health journey.

One song, aptly-titled Money, sees Tom explore the old adage that money can’t buy happiness and it’s a subject very close to home for the singer.

Speaking to Metro.co.uk, the musician explained: ‘It just seems that the answer to every question is just to make more money.

‘It seems like we put so much value in the Western world on success and I think that it becomes a hamster in a wheel that so many people can’t get off. And ultimately, what seems crazy about it is that we’re all constantly made to feel as if we’re not making enough money.

‘Whether that means you have very little or loads of it, the way culture and advertising and everything works is that you could always have that little bit more. And ultimately, it won’t make you happier.

‘It might make you a bit happier, but you know it’s not.’ 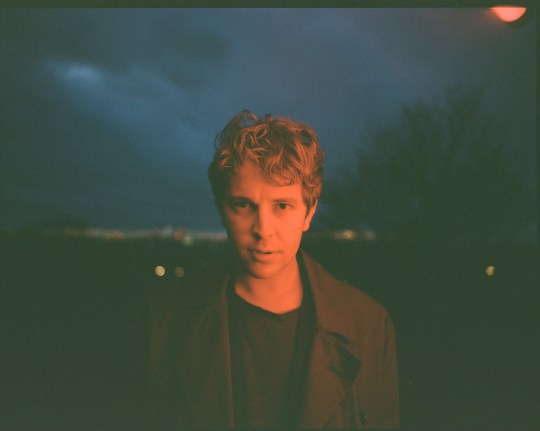 Tom acknowledged his own fortunes and admitted: ‘I don’t think I’m criticising money. I’m as big a sucker for that as anyone else.’

He then laughed: ‘There’s no high horse, I have a f***ing Tesla.

‘I got a nice car, I’m not saying that you shouldn’t go out and earn money. It’s more just an observation. What seems really unfair these days, the growing inequality is just terrifying. The rich get rich, the poor get poorer, and it just gets worse and worse.

‘All of this stuff I’m talking about, this desire to keep making money, is a huge contributor to my anxiety and so many people’s anxieties.’

Tom, 30, has used his own battle with his mental health as inspiration for the album with hopes of providing comfort for others but he doesn’t think talking or singing about it will ‘cure’ it.

‘I’m just reaching out my hands, people,’ he said. ‘It is just such a great thing to do with my time. I find songwriting increasingly draws me closer to people, you know, and I think that’s probably why I do it.’

Tom’s former music is reaching new ears with his debut single, Another Love, being used in a TikTok trend.

‘It’s amazing. It’s a huge blessing and I’m very grateful the people are still enjoying that song,’ he said of the song’s resurgence.

‘I think it’s a great song that is real and honest and and I’m proud of it. If I wasn’t proud of it as a song, I think I’d be less happy about it. I do think it’s a beautiful song and who would have thought that 10 years ago when I sat down to write that song that it will have so much influence on my life?’

The Numb singer continued: ‘It’s unimaginable in a way. I heard some radio thing the other day and Billie Eilish was talking about Another Love and I was like, wow, it’s crazy that influenced one of my favorite singers.

‘I’m obsessed with Billie Eilish. It’s weird, because it’s all cyclical, isn’t it?

‘It feels so great to be a small, tiny part of it.’