Following the news that Tom Girardi has lost his law license, court documents have revealed that Erika Jayne’s estranged husband has been diagnosed with late-onset Alzheimer’s and dementia.

Us Weekly can confirm that clinical psychiatrist Dr. Nathan Lavid wrote in an affidavit filed on Wednesday, March 10, that the 81-year-old suffers from “moderate” delusions and impairment and is unable to attend any court hearings amid his divorce and various legal issues “for the foreseeable future.” 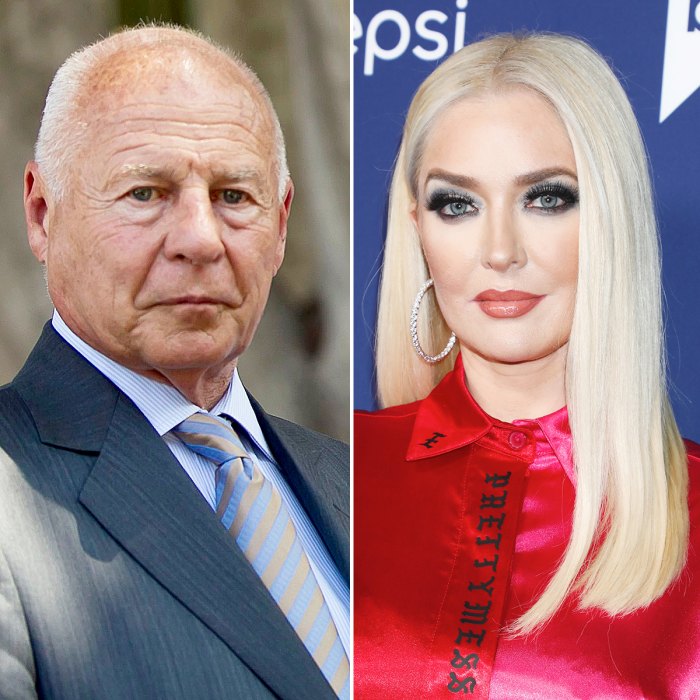 “Dementia impairs his ability to understand the hearing,” Lavid wrote. “His emotional distress is directly related to his dementia and exacerbated by his confusion.”

News broke in November 2020 that the 49-year-old Real Housewives of Beverly Hills star filed for divorce from Tom after 20 years of marriage. The former couple was subsequently accused of faking their split to protect their funds amid allegations that they embezzled $2 million in settlement money for the families of victims from a 2018 plane crash.

Tom, who previously claimed in court that he didn’t have “any money” left, is currently being sued by his partners, Robert Keese, Robert Finnerty and Jill O’Callahan. Their firm, Girardi Keese, also allegedly owes Wells Fargo bank $882,000. After a judge froze all of his assets in December 2020, Tom’s brother, Robert Girardi, was named his temporary conservator.

“There was an urgent need for Bob Girardi to have the power to engage counsel in the bankruptcy proceeding on his brother’s behalf, and Tom’s court-appointed counsel clearly agreed, as did the court today,” Robert’s attorney Nicholas Van Brunt told Us Weekly in a statement on February 1.

In court docs obtained by Us in January, Robert claimed that his brother was “incapable of realizing and understanding the repercussions of the bankruptcy filings pending against him and the Debtor.”

Robert is set to pursue a permanent conservatorship over his brother’s estate, daily activities and personal matters after Tom underwent a mental assessment on February 26.

Us Weekly confirmed on Wednesday that the State Bar of California declared Tom is “not eligible to practice law.”

Erika, who previously accused Tom of cheating on her, has yet to publicly comment on her spouses’ health issues. She is expected to address the situation on the upcoming 11th season of RHOBH, which is currently filming.