TODAY Show fans have spotted a “shocking detail” in host Hoda Kotb’s vacation photo during her absence from the show.

Fans were surprised to see the nationally televised Today Show host flying not as extravagantly as other celebrities. 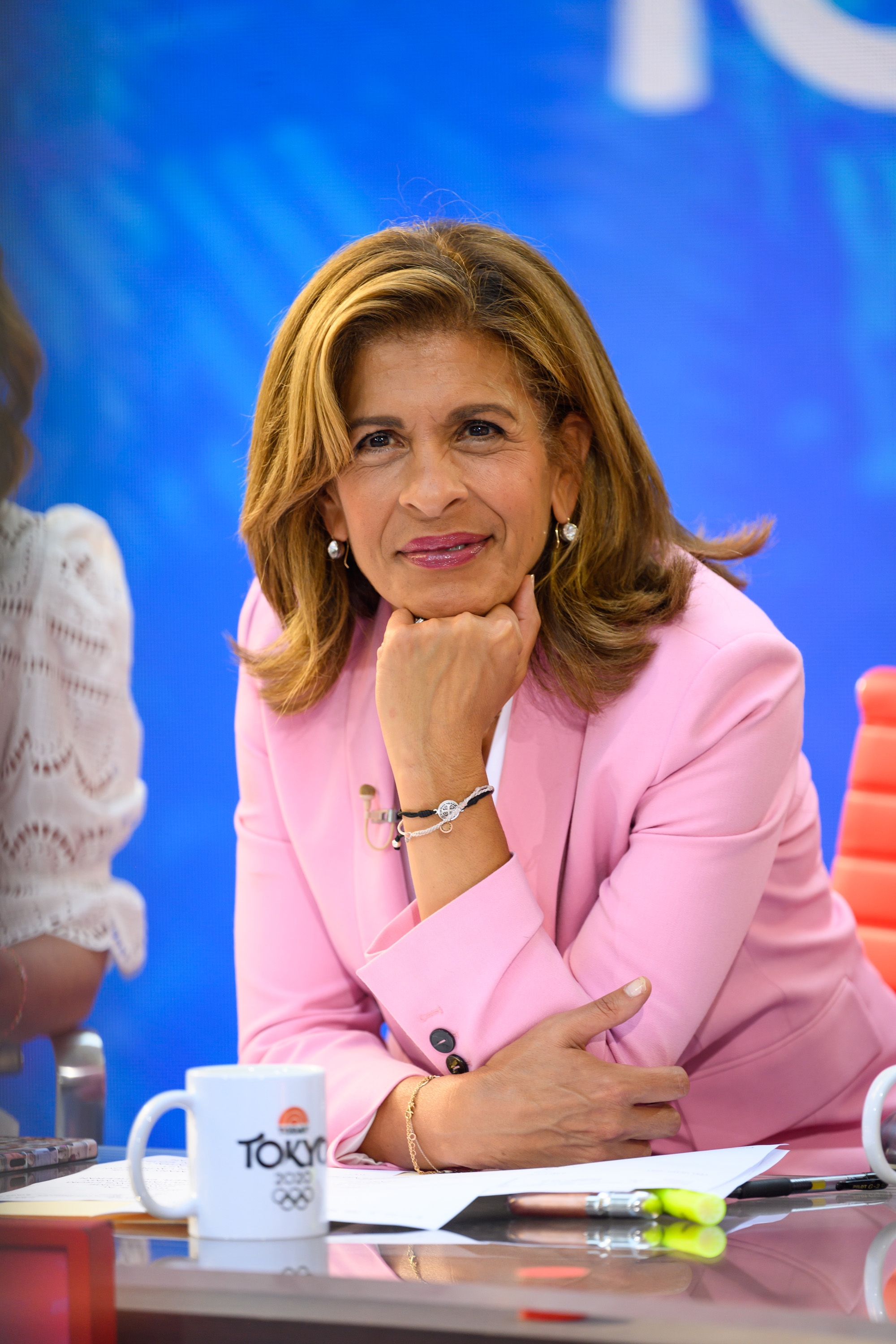 Fans wondered why the celebrity chose to fly in cramped seats instead of flying first classCredit: Getty

Hoda posted on Instagram with a snapshot of her view from the plane.

Sitting in her cramped coach class seat, she had her tiny television tuned into her co-hosts.

Fans were surprised to see her traveling coach.

One commented: “You belong in first class!”

Another wrote: “Just curious… sorry, but are you flying coach?”

A third posted: “You fly coach?”

Yet a forth said: “Why aren’t you in first class?”

Other fans replied to indicate she was flying on economy plus, which offers a little extra leg room.

A source close to production on the Today Show exclusively told The Sun that despite their sunny dispositions towards each other on-screen, behind the scenes Savannah and Hoda secretly “can’t stand each other.”

“Savannah is the boss. After Matt Lauer was ousted, Savannah grabbed power, and she really wanted Willy Geist in Hoda’s role, but his ratings were just not up to par for the network.”

“Hoda out maneuvered Savannah and got the spot.”

Beyond that, the source added that Savannah “thinks of herself as a real news person,” while Hoda is seen as “the lightweight that drank wine with Kathy Lee Gifford.”

“Savannah was the White House correspondent before getting the host job, which also explains her love for Jenna since her father was president.

While Jenna is Hoda’s co-host, the insider said she plays both sides between the women.

“Jenna and Savannah are the best of friends, and they ice Hoda out.

“Jenna landed the best job on TV with zero experience- no one works people better than Jenna.

“She’s a master at playing the game,” the insider added.

The Today Show has not responded to The Sun’s request for comment.

Hoda and Savannah made history as the first pair of women to co-anchor the Today show after decades on the air.

During a celebration for the show at The Paley Center last month, Savannah – who shared duties with former Today show anchor Matt Lauer prior to the 64-year-old’s firing – spoke about Hoda coming in as his replacement.

“All I know was in that moment, it felt like I could drown if Hoda hadn’t reached down and grabbed my hand.

“I will always say she saved the show full stop. And holding hands with her and being like, ‘We’re going to do this together,’ meant everything to me. I don’t think I had the confidence by myself,” Savannah said.

The mom-of-two’s kind words didn’t end there as she continued to praise Hoda and the tight relationship they shared.

“It’s wonderful to have a female partnership, but to me, to have this friend and cheerleader and partner, and I really feel that from her, and I hope we share that.

“It’s incredible. I always say, ‘I’ll hold my hands and close my eyes and go anywhere with you.’ I would.”

Earlier this month, Hoda broke down in tears on live television during an emotional surprise reunion.

Outside on the Today show plaza in New York City, hosts Hoda, Savannah, Al Roker, Carson Daly, and Craig Melvin were each surprised with loved ones from their pasts.

While they were all happily stunned, Hoda became so overwhelmed with emotion that she had to wipe away tears of joy.

“Hoda, do you see a sorority sister in the mix here,” the host was asked, as she searched out into the crowd of people. “Is there a Mary?”

Upon spotting the woman in question, the mother of two screamed and quickly ran over, shouting, “Mary!”

The two women joined in for a big hug, smiling and clapping each other on the back.

“We were college roommates. I can’t even believe you’re standing here,” Hoda tells everyone of the surprise visitor. “She just got remarried. It was a beautiful moment.”

She then brought Mary out from behind the barricade and continued to gush over how she’s “so shocked” that her friend from college was there with her at that moment.

While holding onto her, Hoda worked to wipe away tears as she couldn’t stop crying over the fun reunion. 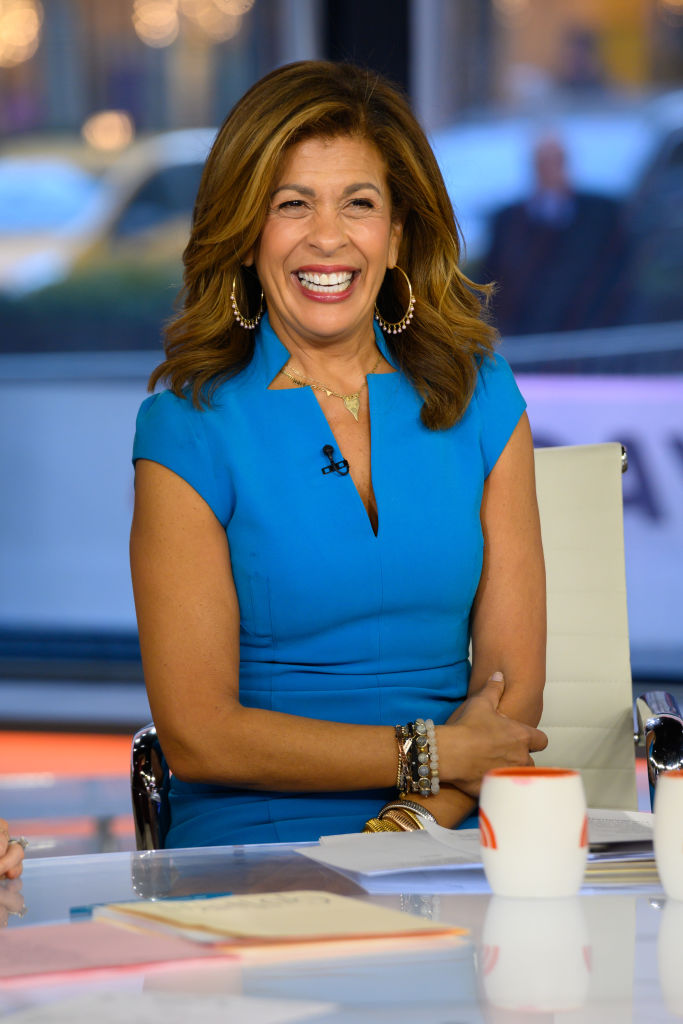 The Sun previously reported Hoda and her co-host Savannah Guthrie ‘can’t stand each other’ off cameraCredit: Getty 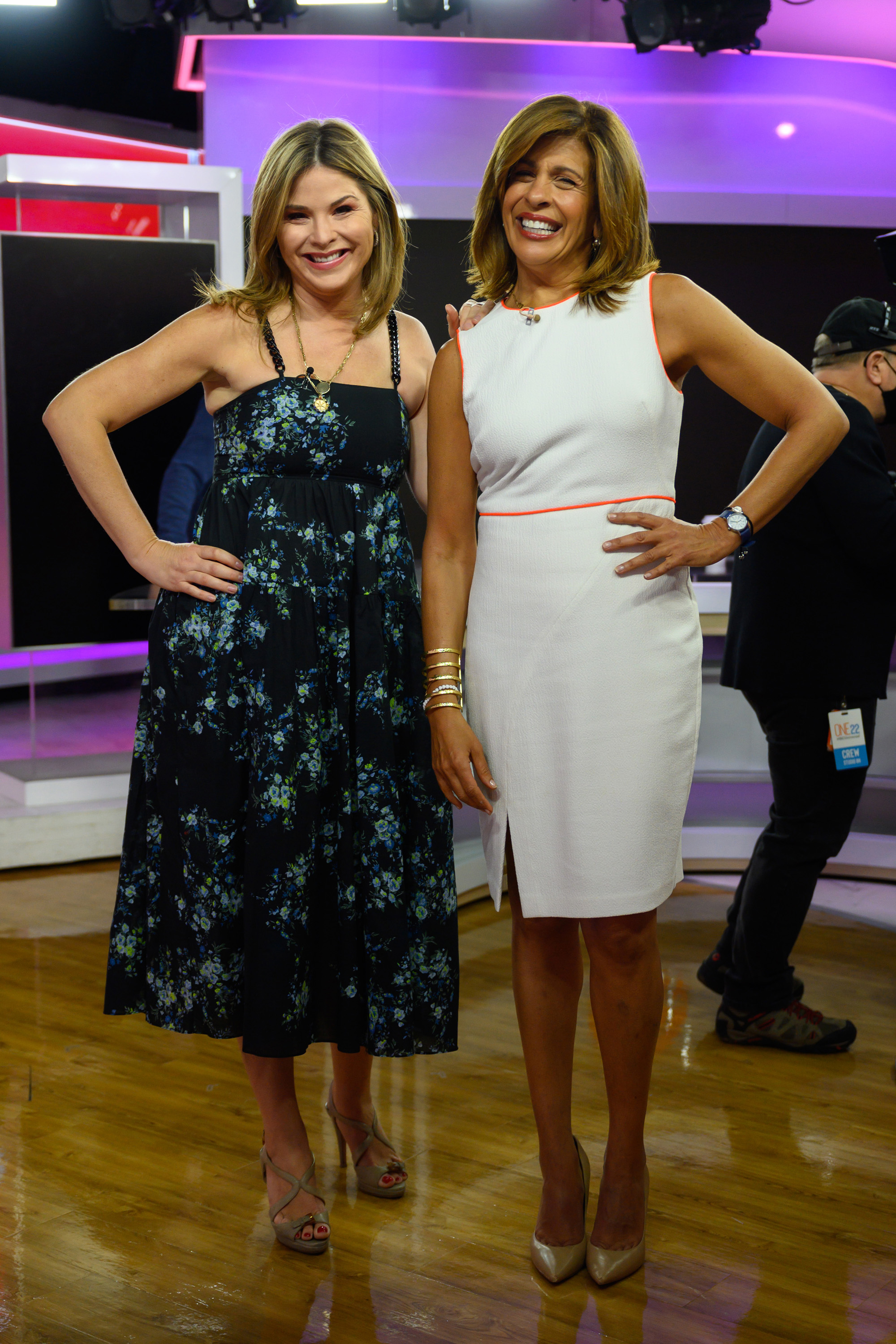 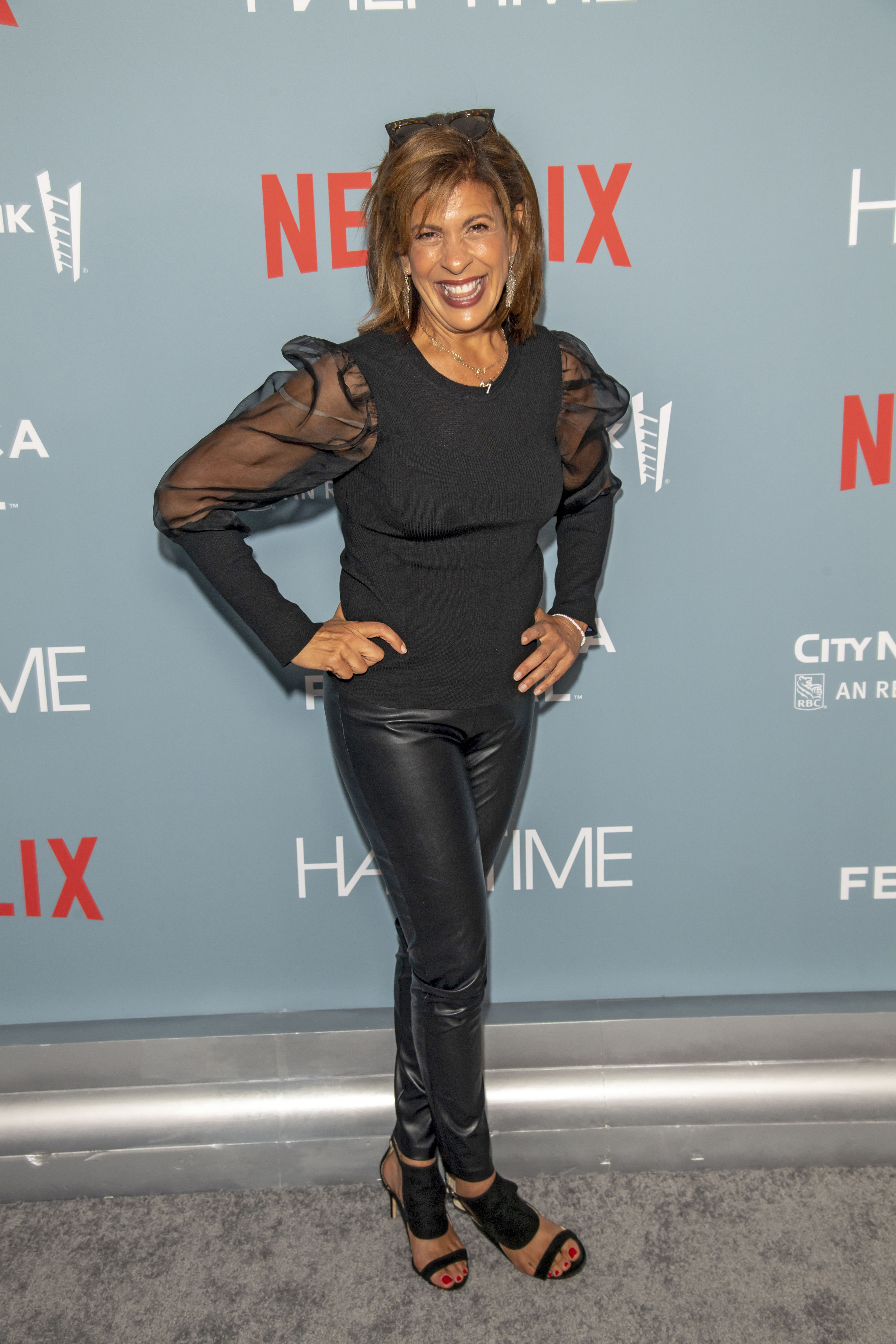 Previously, Hoda broke down in tears on camera during an emotional reunionCredit: The Mega Agency 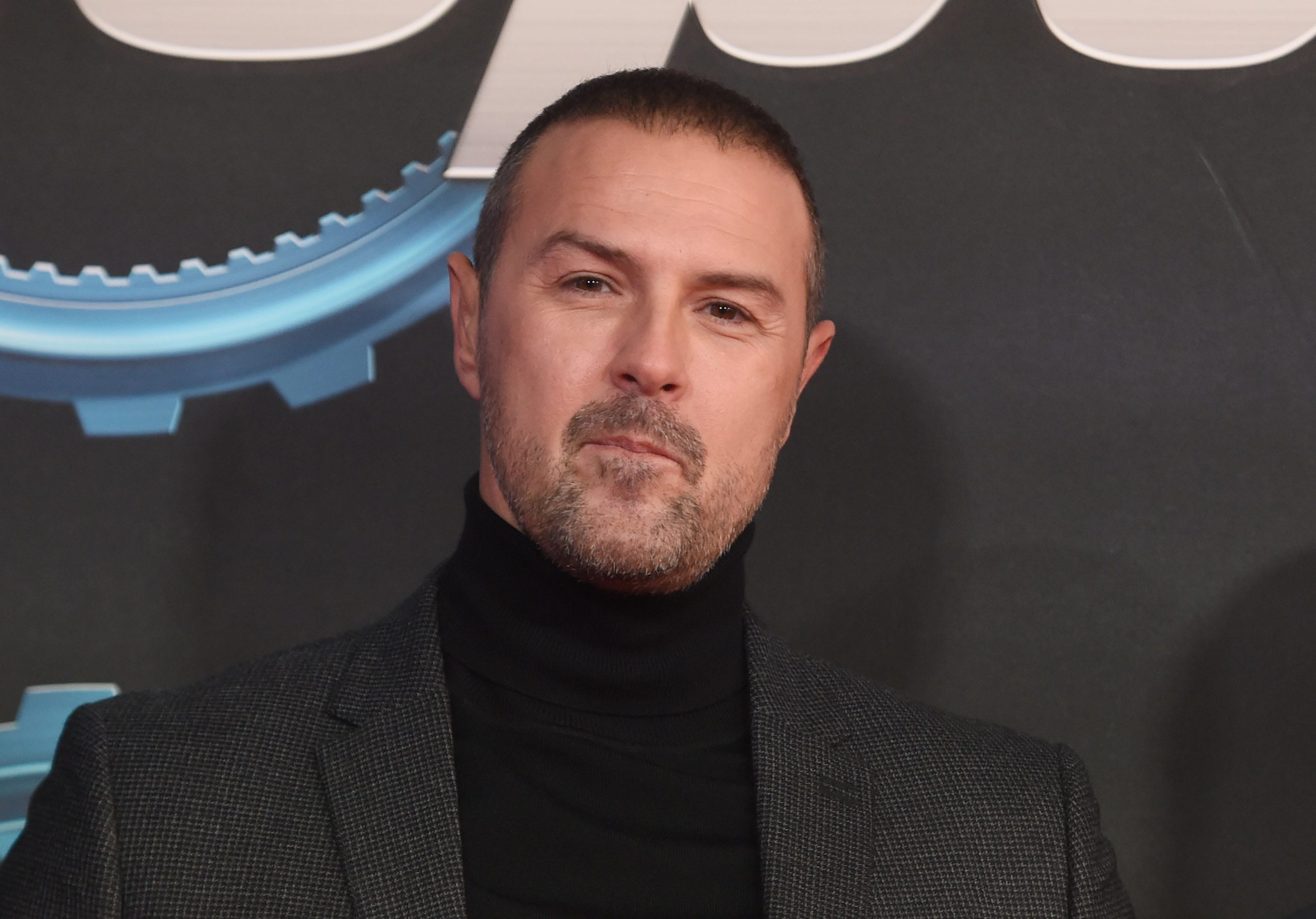