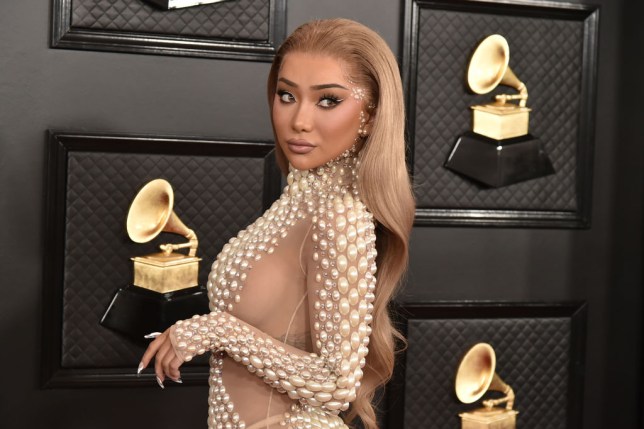 The likes of Nikita Dragun will reveal more than ever to fans after Hype House landed their own Netflix reality show (Picture: Getty Images)

Hype House followers are going to enjoy even more content from their favorite YouTube and TikTok influencers after they landed a new reality series on Netflix.

Despite the fact they already share so much of their lives with fans through their various social media platforms, the shows promises to help the content creators ‘reveal a side of themselves (and their relationships) that we rarely see’.

The unscripted series will take viewers inside the group’s communal mansion as fans get to feast on fly-on-the-wall footage of their glamorous – and often stressful – lives.

The high-speed personal and professional antics of the young stars will take center stage as they collaborate daily on new content.

According to Deadline, ‘each episode of the show will look at their creative endeavors for brands to drama-inducing house meetings and the initiation of new members.

Kouvr Annon, Nikita Dragun, Sienna Mae Gomez, Chase Hudson, Larri Merritt, Thomas Petrou, Alex Warren, and Jack Wright âÂ a.k.a Hype House âÂ will star in a new unscripted series that will reveal a side of themselves (and their relationships) that we rarely see! pic.twitter.com/NlRF5j0ZoF

‘It will also look at the housemates’ backstories, looking at the sometimes difficult and troubling events that propelled them to TikTok and the bonds they’ve formed with one another.’

The Hype House is a literal and figurative home to many creators, but not all of them will be starring on the new project.

Indeed, one notable absence is Addison Rae. However, time will tell if other creators made cameo’s within the series.

The release date for the series is yet to be confirmed.