Tiger Woods sustained serious injuries to both legs after the car he was driving on Tuesday, February 23, crashed, authorities said in a press conference on Tuesday afternoon.

The Los Angeles County Sheriff’s Department confirmed in a statement on Tuesday morning that Woods, 45, was involved in a single-car crash in the Rolling Hills Estates and Rancho Palos Verdes area of California. His manager, Mark Steinberg, later told Golf Digest that he was in surgery for “multiple leg injuries.”

L.A. law enforcement officials gave an update on Woods’ condition and the accident during a press conference on Tuesday afternoon, revealing that when Los Angeles sheriff’s deputy Carlos Gonzalez arrived on the scene, the golfer was conscious and could speak, telling the officer his name. According to Gonzalez, the athlete “seemed as though he was lucid and calm.” 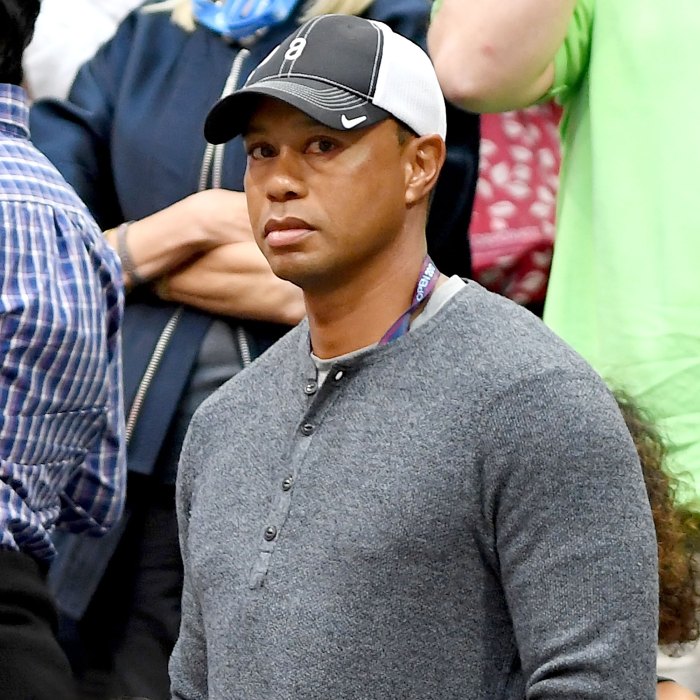 Woods, who was in the driver’s seat when the vehicle crashed, “didn’t seem concerned about his injuries at the time, which is not uncommon in traffic collisions,” Gonzalez said. “Many times people tend to be in shock. It’s a traumatic experience.”

L.A. County sheriff Alex Villaneuva said there was no indication that the 15-time major champion made any attempt to slow his speed before the collision. There were “no skid marks, no braking,” the sheriff explained. “The first contact was with the center median, from there then crossed into the opposing lane of traffic, hit the curb, hit a tree, and there were several rollovers during that process.” The car landed several hundred feet away, indicating that the car was traveling at “a relatively greater speed than normal.” Villaneuva added that there was “no evidence of impairment.”

The 2021 Genesis SUV crossed the center divider and rolled multiple times before it stopped in the brush, the sheriff said, adding that the car’s interior cushions saved his life, as he was wearing his seatbelt.

County Fire Chief Daryl Osby revealed that the “jaws of life” were not used to get Woods out of the car, despite previous reports to the contrary. Instead, the firefighters used an ax and other tools to pry Woods out of the smashed vehicle.

The 11-time PGA Player of the Year was transported to Harbor-UCLA Medical Center, which has a trauma center, Osby reported, saying the California native was conscious when rescuers arrived. He later asked at the hospital for someone to call a member of his team. 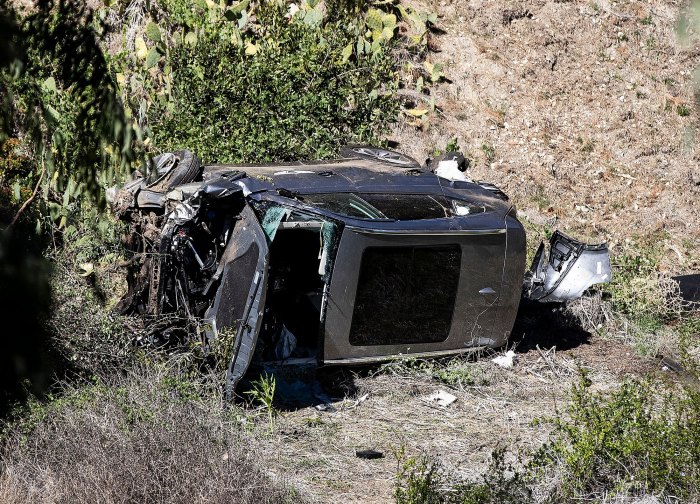 A Genesis GV80 SUV driven by Tiger Woods at the scene of a single-vehicle crash in Rancho Palos Verdes, California. ETIENNE LAURENT/EPA-EFE/Shutterstock

The chief pointed out that Woods was in stable condition with serious injuries and required a medical collar for stabilization before he was moved onto a back board. The Los Angeles Times reported on Tuesday that Woods’ injuries include a shattered ankle and two leg fractures, one of which was a compound fracture.

One day prior, the golf legend took part in a two-day contest shoot for Golf Digest with celebrities including Dwyane Wade and David Spade. Both stars enjoyed time on the green with Woods, who was in California for his annual Genesis Invitational golf tournament at the Riviera Country Club.