IT’S two days after Richard Ashcroft headlined London’s Royal Albert Hall and the former Verve frontman is still celebrating one of his most incredible solo shows.

It had been a momentous night for fans and the singer. 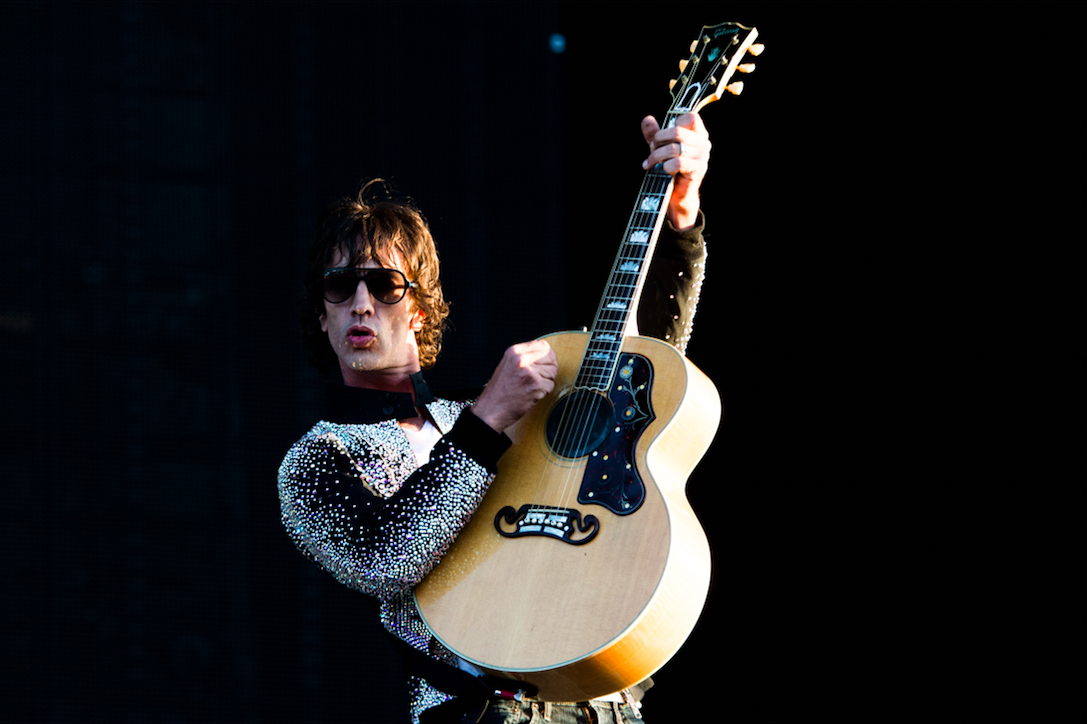 Richards says: ‘The ones who had IT originally have still got it, you know what I mean?’

“It was just such a release of emotion that the next morning I woke up with a headache, but I didn’t mind,” he says as we chat from his Herefordshire home.

“It was a really special one and worth the headache. After what people have been through over the past 18 months, it was such a release, and I was happy to be a conduit for that.

“My own gigs were my first gigs back, too — it had been a long time since I’d been to a gig.”

And if Monday’s roof-raising salute to the Wigan songwriter’s music wasn’t enough, his album Acoustic Hymns Vol 1 is at No2 in the midweeks behind Ed Sheeran.

“I don’t think my label expected the record to be where it is right now in the charts, so I think you might see a few adverts for it in the next few weeks,” he says, with a laugh, down the phone.

“I wanted the album and gigs to be an escape from the pandemic. I know it’s the worst time ever to put an album out. And I don’t think my record company have even been in the office for 18 months, but I think it’s great that these tunes are back in the frame right now.

“It means we are cracking on. It’s been a crazy year. It’s been a mad one but getting music back helps each other. Music has power and people feel very vulnerable right now.”

Ashcroft, who is married to former Spiritualized keyboard player Kate Radley and father to sons Sonny, 20, and Cassius, 17, says making the album has allowed him to reconnect with his fans.

He says: “I’ve got the ability to close my garden gate and go, ‘Right, see you world’. But I didn’t want to do that.

“Music connects family and fans and realising that has fired me up. Having Sonny play guitar on Bitter Sweet Symphony at the Albert Hall made me proud. I want to keep going.”

The songwriter adds: “I needed to play music again after this crazy time and that’s why I put out the John Lennon song — a cover of Lennon’s 1973 protest song Bring On The Lucie (Freda Peeple) — in February.”

Ashcroft says he came up with the idea to re-record some of his classic songs about five years ago.

These included The Drugs Don’t Work, Lucky Man, Weeping Willow and Sonnet from The Verve’s masterpiece third album Urban Hymns, plus brilliant solo hits like A Song For The Lovers and Break The Night With Colour.

He tells me: “The concept was to re-record these songs with (string arranger) Wil Malone.

Then he and a band would take Acoustic Hymns to cities like Milan and New York and venues like the Sydney Opera House.

“But then I put out (2018 studio album) Natural Rebel before it.

Then a conversation started with the Rolling Stones about recording Bitter Sweet Symphony acoustically with no sample in it and could we start renegotiating that song?”

The 1997 Verve anthem originally featured a sample from the Andrew Loog Oldham orchestral cover of the Rolling Stones’ The Last Time.

Stones manager Allen Klein argued The Verve had used a larger sample than was agreed. A lawsuit then followed and Ashcroft was forced to give up the song’s royalties.

But in 2019 Mick Jagger and Keith Richards gave up their rights to the song.

That May, a delighted Ashcroft revealed the news when he won an Ivor Novello for Outstanding Contribution to British Music.

“Mick and Keith signed over all of their part,” recalls Ashcroft. “And the dominoes fell my way. I wasn’t expecting that, especially before I’d even recorded this new version.

“But when I won the Ivor Novello I announced the news that Bitter Sweet Symphony was coming home.”

The song, which reached No2 and remained in the charts for three months, closes Ashcroft’s live set

He says: “It was a shame that all happened as the song is enormous. It’s a monster. I’ve played it around the world and seen its effect on people.

“I once got lost in Mexico on my way to a festival. The driver took us down a side street and there was a huge Bitter Sweet Symphony mural. If he hadn’t taken the wrong turning, we never would have seen it.”

Acoustic Hymns includes a new version of C’mon People (We’re Making It Now) which Ashcroft recorded with his good friend Liam Gallagher. And the former Oasis singer’s comeback is something Ashcroft is proud of.

“It’s great that Liam is selling out Knebworth. The ones who had IT originally have still got it, you know what I mean?” he says.

I’m the skinny kid from Wigan . . . I’ve had to prove myself all the time.

“Kids were coming up to us saying it was the first time they’d seen us live. Yet critics will say, ‘A 21-year-old has no interest in a gig by a 50-year-old guy in his crazy Swarovski crystal jacket’.

“This idea that once you’re over 30 you lose your relevancy and won’t be played on the radio is absurd — that includes some of the best musicians and songwriters out there. We might be reaching our peak, for all they know.

“Kids are obsessed with music and are open-minded. I’ve seen that the audience was changing at my gigs.

“Me and Liam have got a second wind –– the sails are full and the ship is flying and I’m fired up to play more shows and keep this sailing.

“The problem is that we don’t celebrate when people are doing well in music.

Look at Ed Sheeran, I’m buzzing at how huge he is here and in America. We can be too cynical about people who are doing all right. Let’s stop knocking him. He’s British and I know how hard it is to be huge in America.”

Ashcroft is a firm believer that technology has taken over music and takes away the real sound of a singer.

“The problem with singers today is autotune,” he says. “We don’t hear real voices any more, especially in American music.

“There’s hardly any song released with someone physically singing down the microphone without a load of stuff added on it.

“No one knows what you actually sound like if you don’t establish your authentic voice from the start.”

Ashcroft says he has always had to deal with critics and haters — and despite success, he will always feel an outsider.

“Over the years I’ve always felt a resistance,” he tells me.

It’s great that Liam is selling out Knebworth. The ones who had IT originally have still got it, you know what I mean?

“People didn’t want to acknowledge me. I was the guy who had his cake and ate it. I’d been in a big band and then success as a solo artist so they’d stick the knife into me.

“But I was playing in Tokyo and Argentina where crowds were bouncing at every show. It’s time to be celebrated. I can sing live, I’m a good performer — look at the Royal Albert Hall. But I’ve dealt with it before.

“They used to call me ‘Mad Richard’. They’d take the p**s out of my accent and make my words colloquial. But I’m used to it.

“One time I was looking into the window of a sunglasses shop and Kate was in a charity shop next door. This woman ran in and said to lock the doors because of the man. Kate realised they were talking about me!

“I’ve had it in New York too. I was stopped by a hotel bouncer, yet they’d let the people I was with in. I was being stopped even though I was paying the bill.

“I’m the skinny kid from Wigan. Maybe it’s the Northern accent but I’ve had to prove myself all the time.”

Ashcroft has been open in the past about suffering from depression. Today he acknowledges that many people have suffered with their mental health in lockdown and we need to talk about having a coping ­strategy.

“We are living in this new reality and we need to be able to deal with it,” he says.

“Years ago, Liam said, ‘If you’re not mad in this world, then you are not living’. And I get that.

“We’ve just got to be careful that real-life feelings and emotions that are very painful don’t get confused with illness. People will hurt your heart and that’s life.

Years ago, Liam said, ‘If you’re not mad in this world, then you are not living’. And I get that.

“I look at Tyson Fury and what he’s been through and how he came back with a focus. Now he’s on top of the world from the bottom of the pit. He didn’t just tell the world about how low he’s got, he showed there’s hope too. That’s inspiring.”

The video for This Thing Called Life includes a stream of personal family photos.

Ashcroft refers to the promo as “my story” and adds: “A lot of this is like a mental struggle, connected to our physical health. It’s been a crazy year but as individuals we can help each other. I have my wife Kate and my two sons. I’m lucky.”

He adds: “I’ve been inspired by music and what I want to do next. I started this other project which was more sample-based — the complete opposite to what I’ve done before.

“But having made this album and felt the vibe at my recent gigs, it’s pushed me to want to go into a room and write ten absolute monster tunes.

“The gigs have sent me off the edge. They’ve made me think, ‘Rich, you do this really, really well. Why don’t you try and do what you do but even better?’

Having made this album and felt the vibe at my recent gigs, it’s pushed me to want to go into a room and write ten absolute monster tunes.

“I also want to stretch out of genres. I don’t like being put in a genre.

“I don’t want to be just known as somebody creating acoustic music, as I like electronic things too. Hopefully whatever I do next will be eclectic but still me.

“All I know is that playing these shows has meant taking this massive deep breath because each show means going on this huge emotional rollercoaster with everyone in the room. Each song has its own universe. 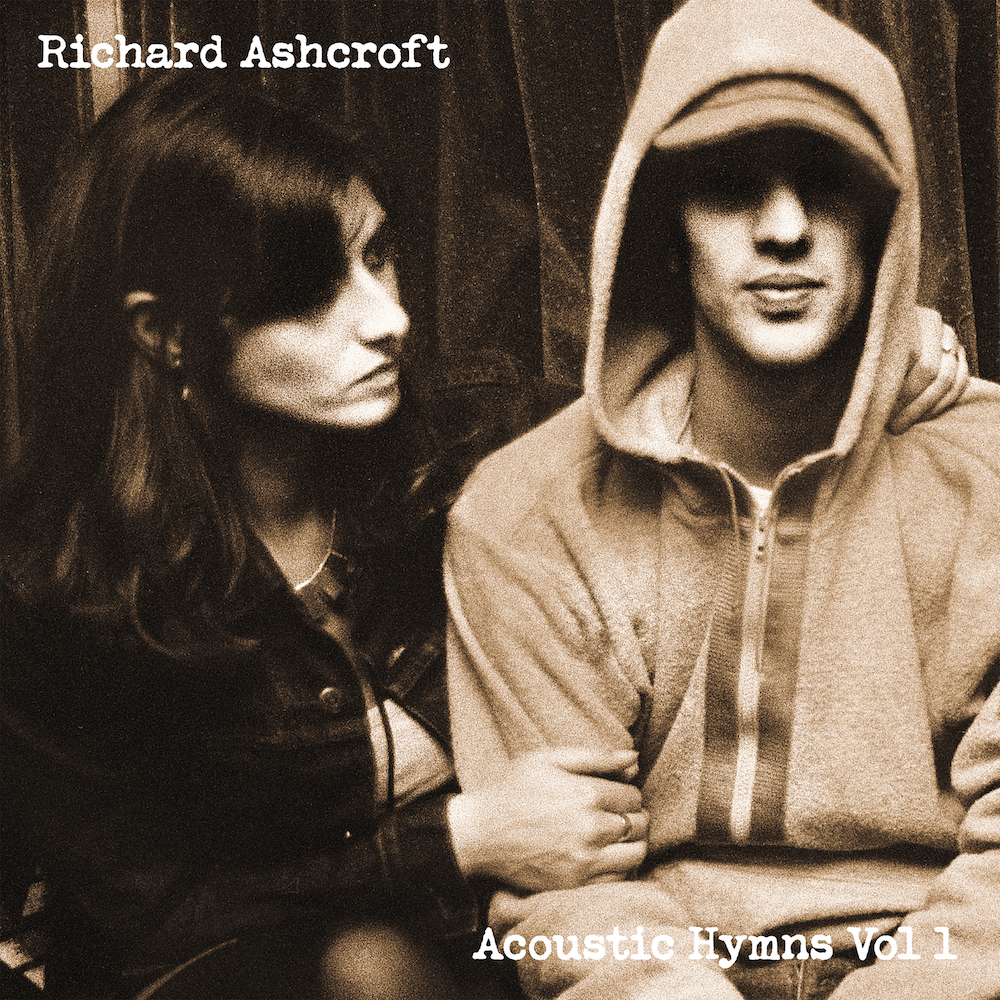 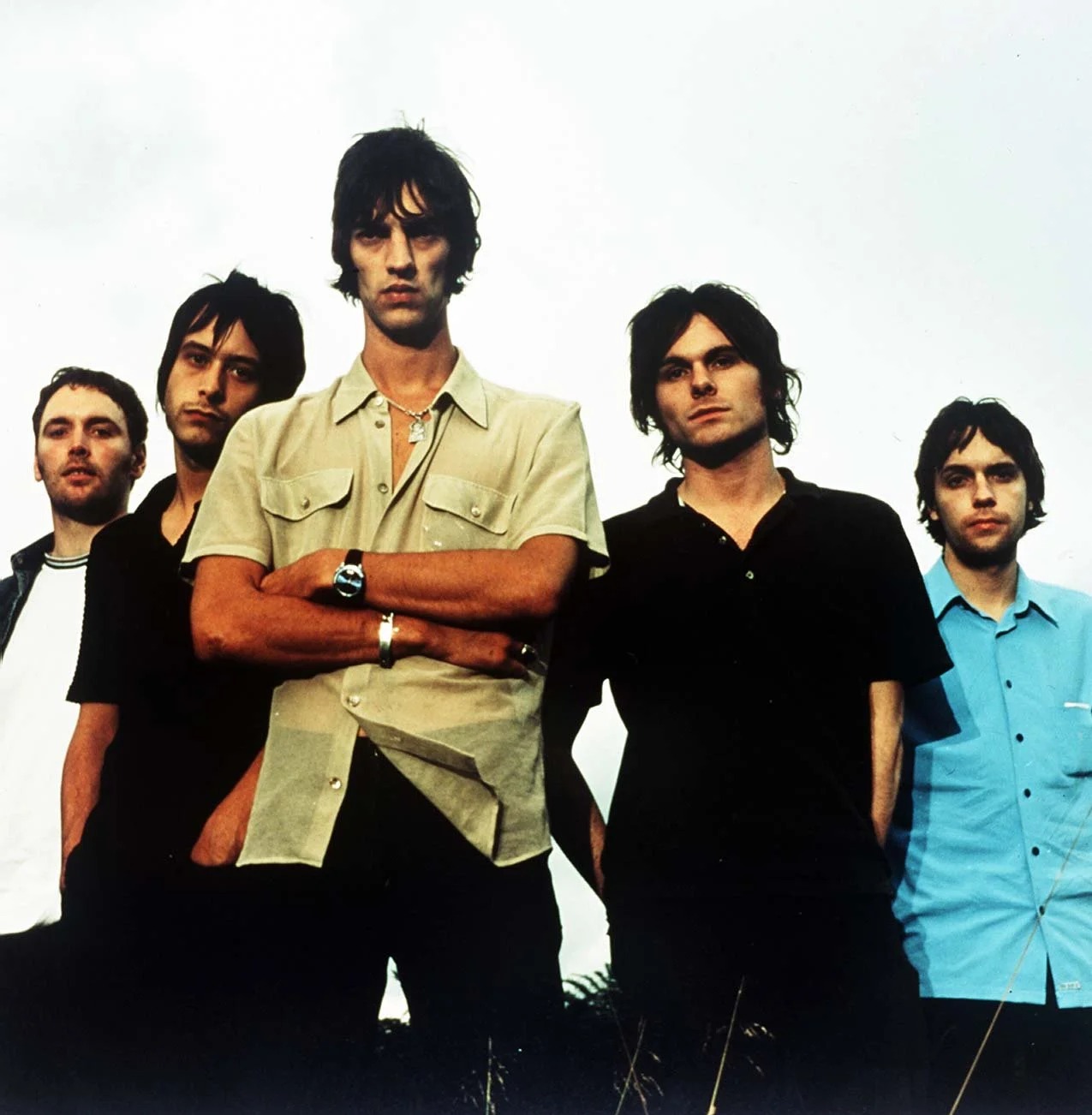 The Verve before the split with Richard AshcroftCredit: All Action