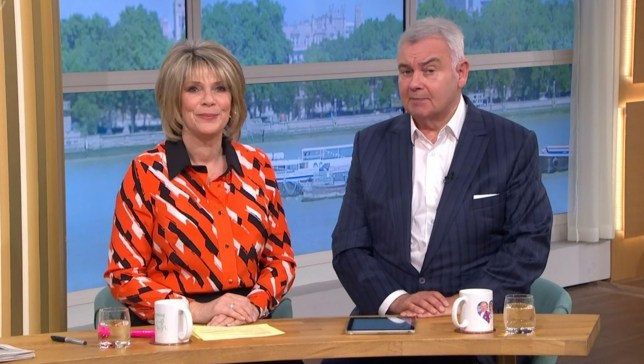 Could Ruth and Eamonn jump ship to the BBC? (Picture: ITV/REX)

This Morning’s Eamonn Holmes and Ruth Langsford could be jumping ship to the BBC.

It has been reported that the couple have been dropped from their Friday hosting gig on ITV’s This Morning, to be replaced by Dermot O’Leary and Alison Hammond.

While nothing has been confirmed yet, the BBC are reportedly set to offer the stars, both 60, their own show to front.

A source told The Sun: ‘Eamonn and Ruth have a huge fanbase and are very experienced.

‘They can easily carry any number of shows, so producers at the Beeb are considering handing them a format to front.’

Ruth has been working on This Morning since 1999 and was made a regular presenter in 2006.

She has also fronted ITV shows including Loose Women, but in 2017, competed on the BBC’s Strictly Come Dancing, while she and Eamonn have presented a number of documentaries on Channel 5. 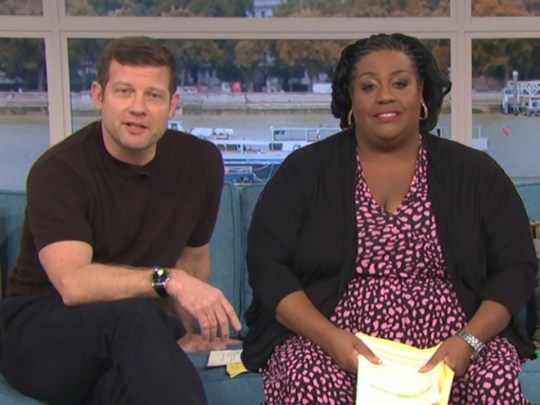 Dermot and Alison impressed bosses over the summer (Picture:
Rex)

Eamonn has been working with ITV since 1979 when he joined Ulster Television, and began working on GMTV in 1993.

However, he has hosted Jet Set and SUDO-Q on the BBC and a show on BBC Radio 5 Live, as well as working for Sky News.

It was reported last week that after 14 years, Eamonn and Ruth would be replaced on their regular Friday slot.

The couple usually present at the end of the week while Phillip Schofield and Holly Willoughby are off, but Alison, 45, and Dermot, 47, are said to have impressed bosses after they took over hosting duties during the summer.

ITV has denied the pair have been axed, saying: ‘We have a stellar presenting line-up on This Morning with Holly and Phillip and Eamonn and Ruth.

‘Any additions to this line-up will be announced in due course.’

X Factor star Dermot did, however, address the rumours while appearing on Ireland AM earlier this week.

He said he hoped to do more presenting on This Morning, but added: ‘It is always tricky when there are colleagues and friends involved.

‘There’s nothing confirmed yet, but you know, we enjoyed doing the summer, so we’d like to do more.

‘But at the same time, you don’t want to tread on anyone’s toes or treat anyone badly. So you’re always sort of caught between a rock and a hard place on that sort of stuff.’

Metro.co.uk has contacted Eamonn and Ruth’s reps for comment.

This Morning continues on weekdays at 10am on ITV.

Who left I’m A Celebrity last night and when is the next elimination?